College football is back, and thanks to the availability of daily fantasy games, it’s better than ever! In case this is your first week playing, here’s an overview of what college football games look like on DraftKings:

Important notes: In flex spot one, we can play a running back or a wide receiver. In the superflex spot, we can use any player in the pool. If you’re looking for Tight ends, they are all listed at wide receiver.

Here are some of my favorite plays for the Saturday noon main slate on DraftKings (10 games) in Week 9:

This is a week to pay up at quarterback, as two premier stat-padders have juicy matchups. Houston against South Florida is a game to target, with an over-under of 75 and both teams projected for over 30 points. Oklahoma is a massive favorite, but with injuries now mounting at running back, the production should fall heavily on the shoulders of their Heisman candidate. 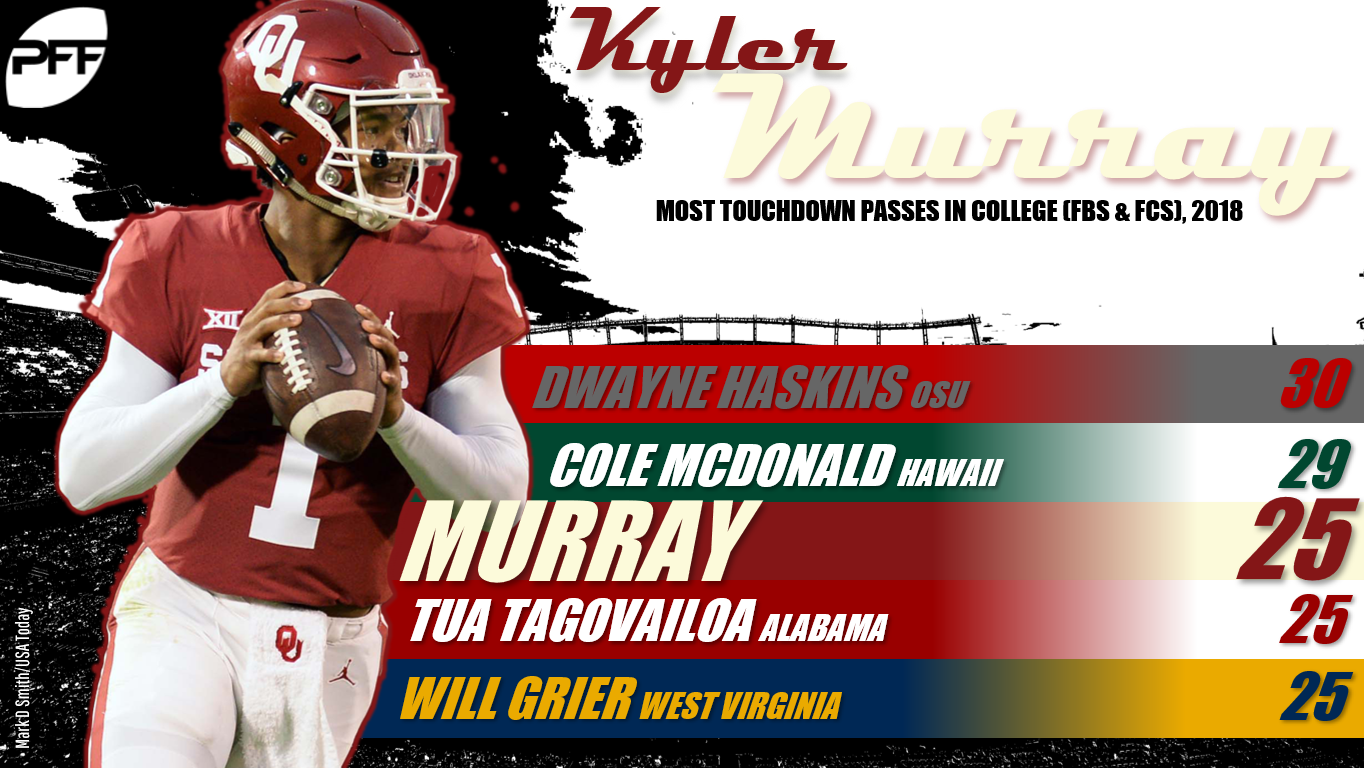 Murray has at least four touchdowns in his past four games. Oklahoma has an implied point total of over 40 points no matter which sports book you check, and Trey Sermon could miss this week’s contest. This sets Murray up to be the unchallenged alpha producer on the ground as well, something he’s done effectively when needed. He’s turned in at least 50 rushing or a rushing touchdown in all but one contest this season.

King is fresh off a 400-yard, four-touchdown performance against Navy and now draws a huge matchup against South Florida. This game sets up as a track meet for Houston, who has an implied total over 40 points. King has five games over 40 DraftKings points this season, though he’s only been available on the main slate once. In that contest he was priced at $9,700 and put up 40.9 DK points against Power-5 opponent Arizona.