•The Philadelphia Eagles lead the fantasy football offensive line rankings with a quality player at all five positions.

•The Cincinnati Bengals added three free agent offensive linemen to help them move up the ranks, with Joe Mixon being one of the biggest beneficiaries.

•The Dallas Cowboys lost two of their best offensive linemen, while their All-Pro players aren’t getting any younger. This could be bad news for Ezekiel Elliott.

• Become the smartest player in your fantasy draft with the PFF+ Fantasy Draft Guide.

Today, we’ll examine an offensive line's impact on fantasy points and rank each offensive line to see which players might see a change in their performance based on their team's offensive line changes from free agency and the draft.

PFF's research and development team introduced the idea of perfectly blocked runs and passes last December. They viewed it in terms of EPA and success rate, but the relationship is the same for fantasy points. 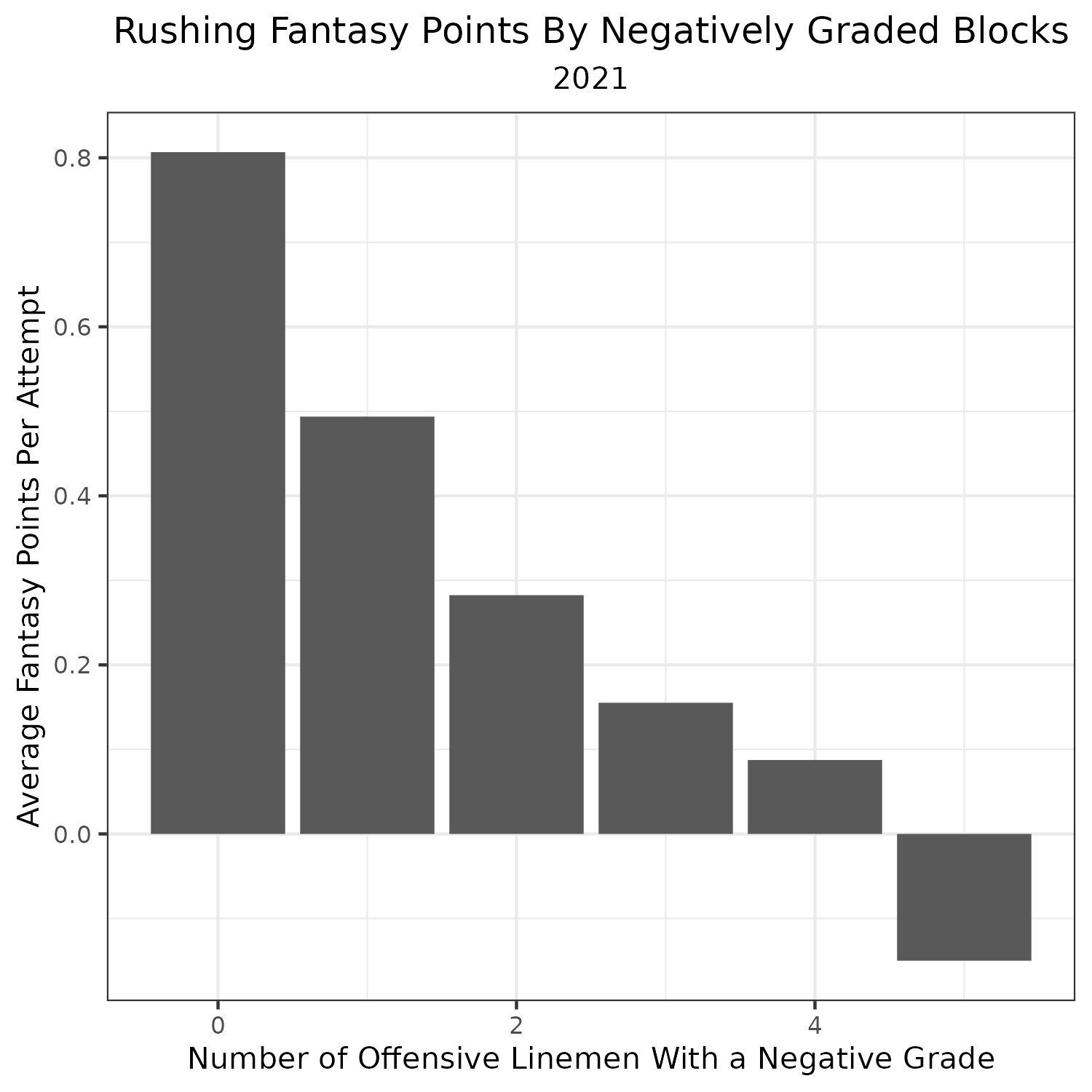 This relationship between quality offensive line play and fantasy points remains true on a larger scale as well as on an individual play basis. 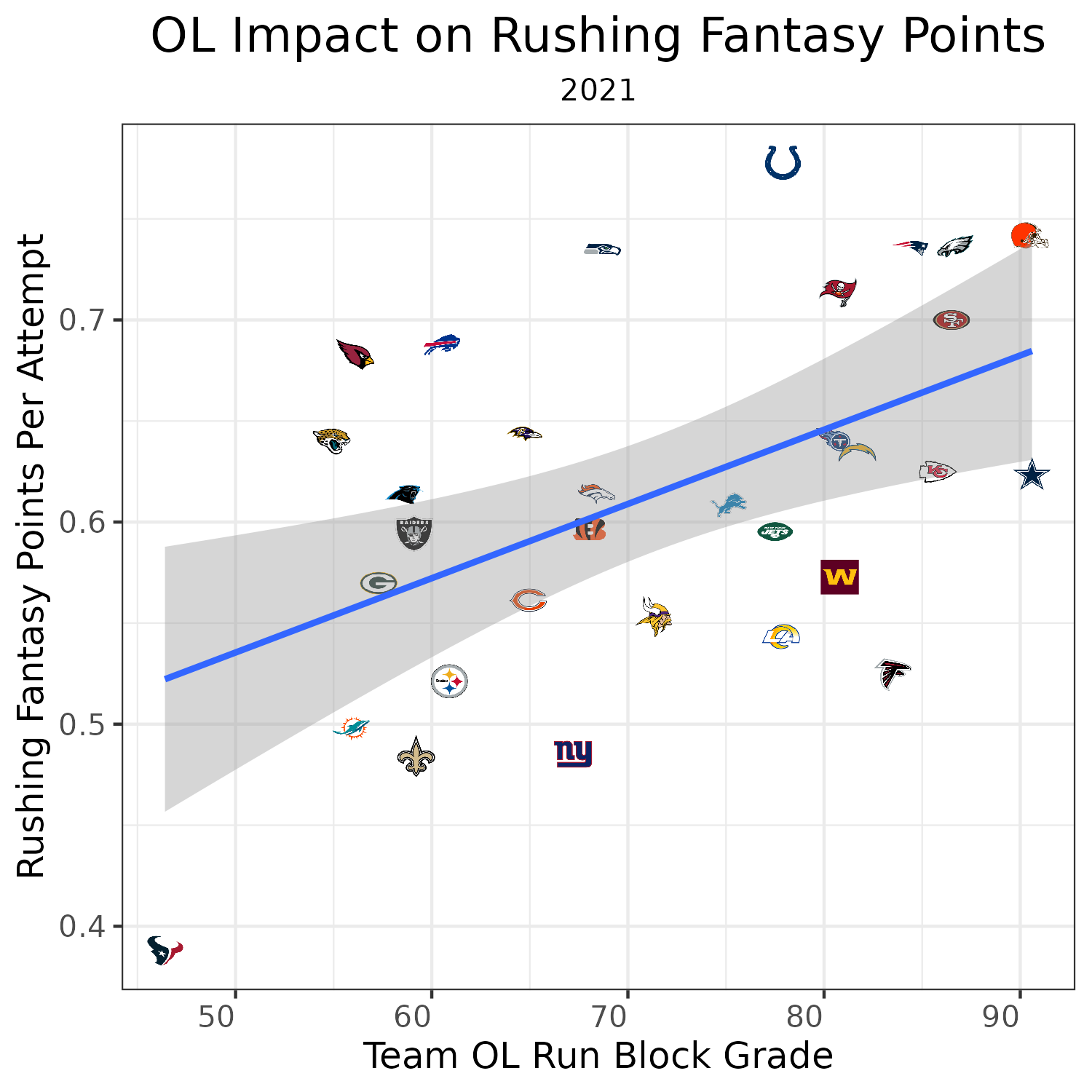 The 2021 trend was clearly positive — a 0.50 correlation coefficient between team offensive line run block grade and rushing fantasy points. The Los Angeles Chargers had one of the worst run-blocking offensive lines in 2020 but improved to become one of the better lines in 2021 — an improvement that helped Austin Ekeler become the second-best fantasy running back last season. The Green bay Packers offensive line went from top-10 to bottom-10, and similarly, Aaron Jones went from top-five fantasy running back to outside of the top-10.

There were clear outliers, such as Jonathan Taylor, who became the top fantasy running back not just because of a strong offensive line but also his talent. The Houston Texans didn’t have a strong backfield option when running the ball, which was going to be a problem regardless of the line's play. 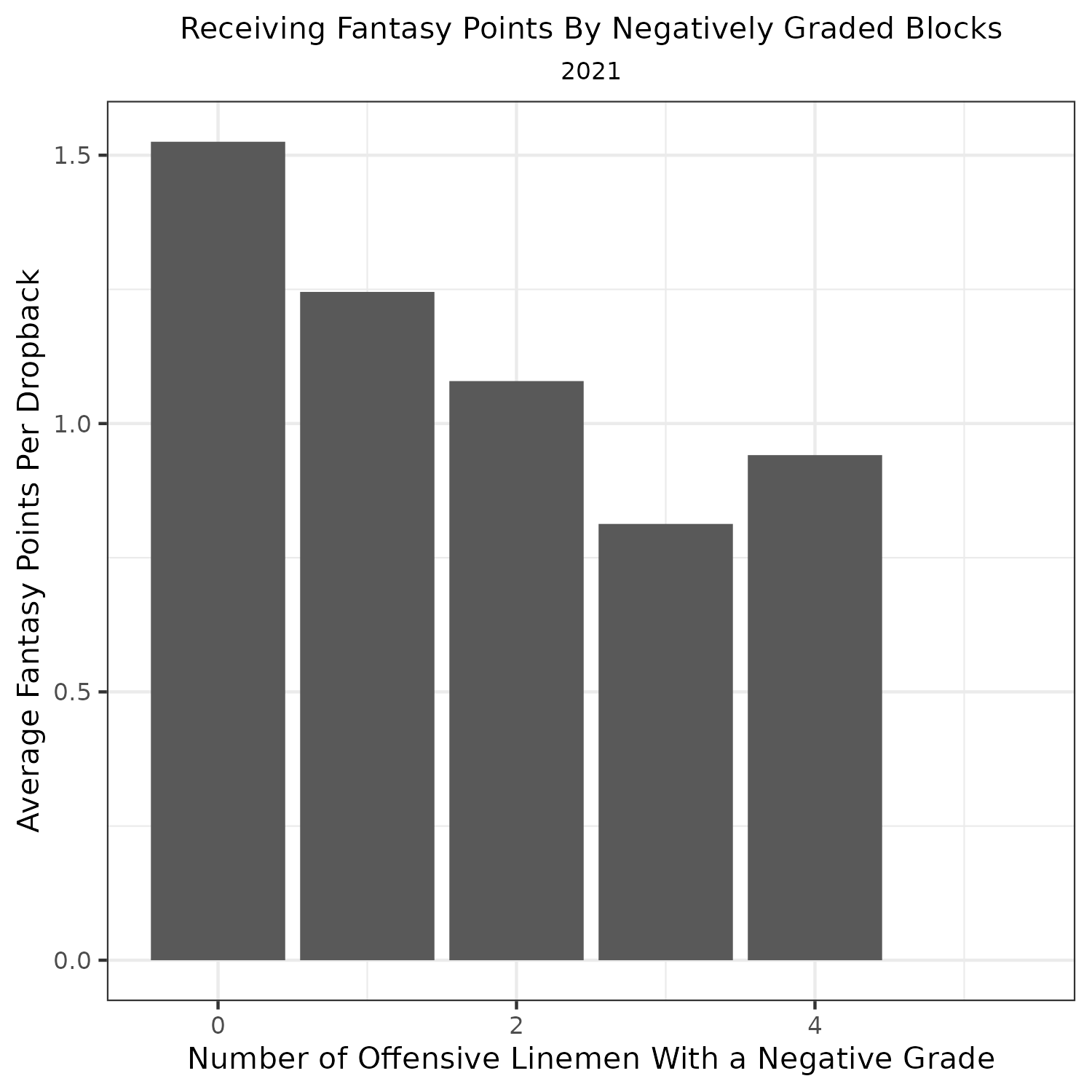 It’s worth noting that it’s incredibly rare for more than three offensive linemen to receive a negative grade on a play, so the sample sizes at four and five are very small. This relationship between pass blocking and wide receiver performance remains true on the team level. 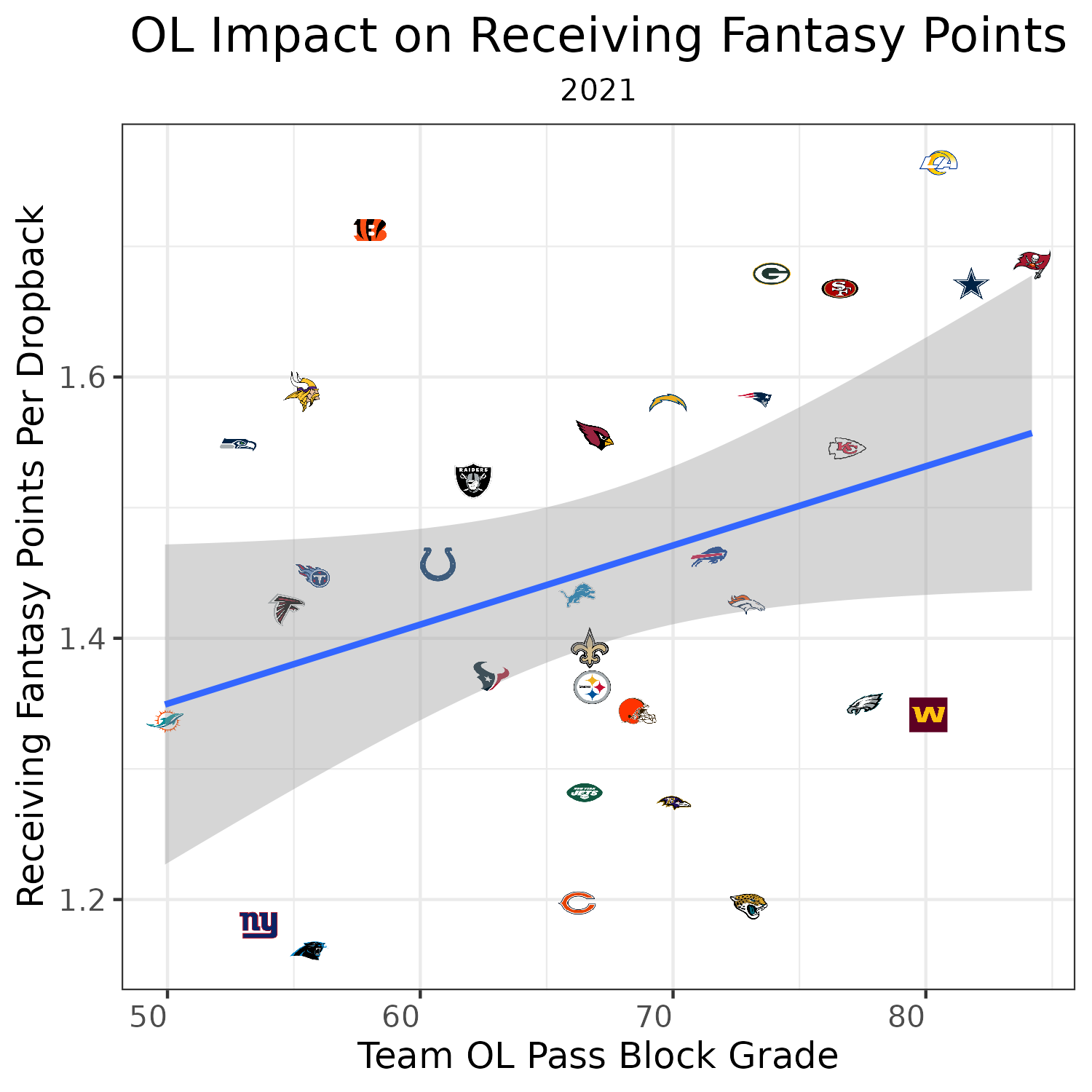 These offensive line rankings will differ from our rankings in June for two main reasons. First, some teams have made changes to their offensive line in the last two months. For example, the Tampa Bay Buccaneers have lost center Ryan Jensen for a significant period of time, resulting in the Buccaneers falling down the rankings.