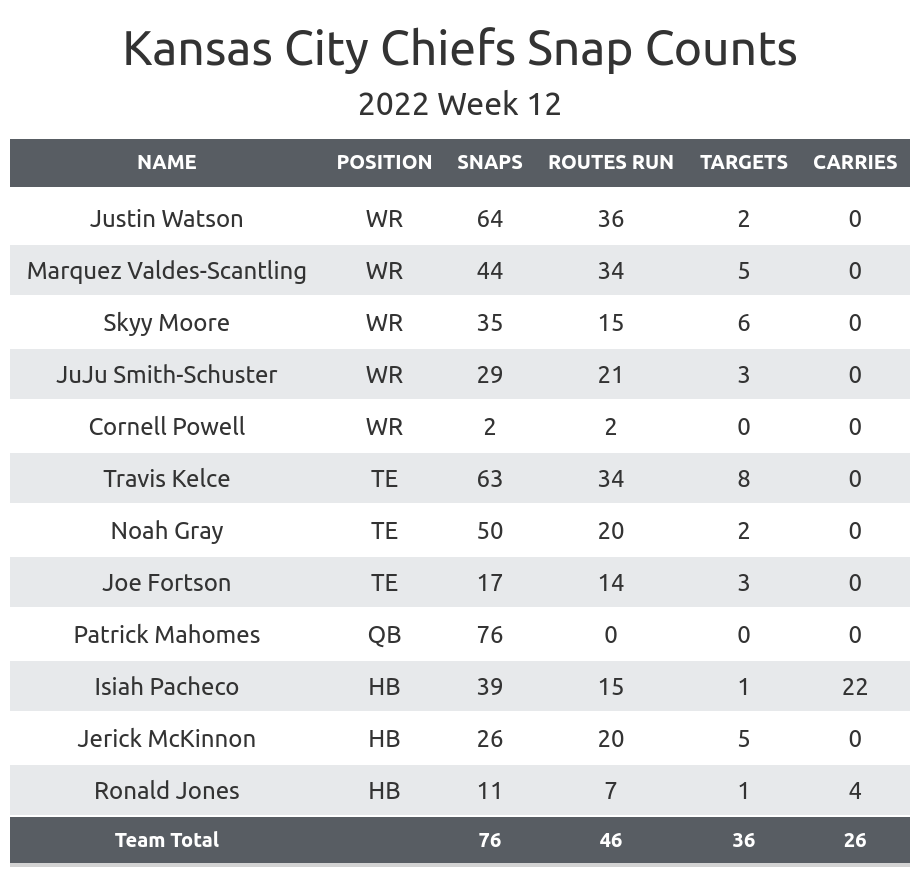 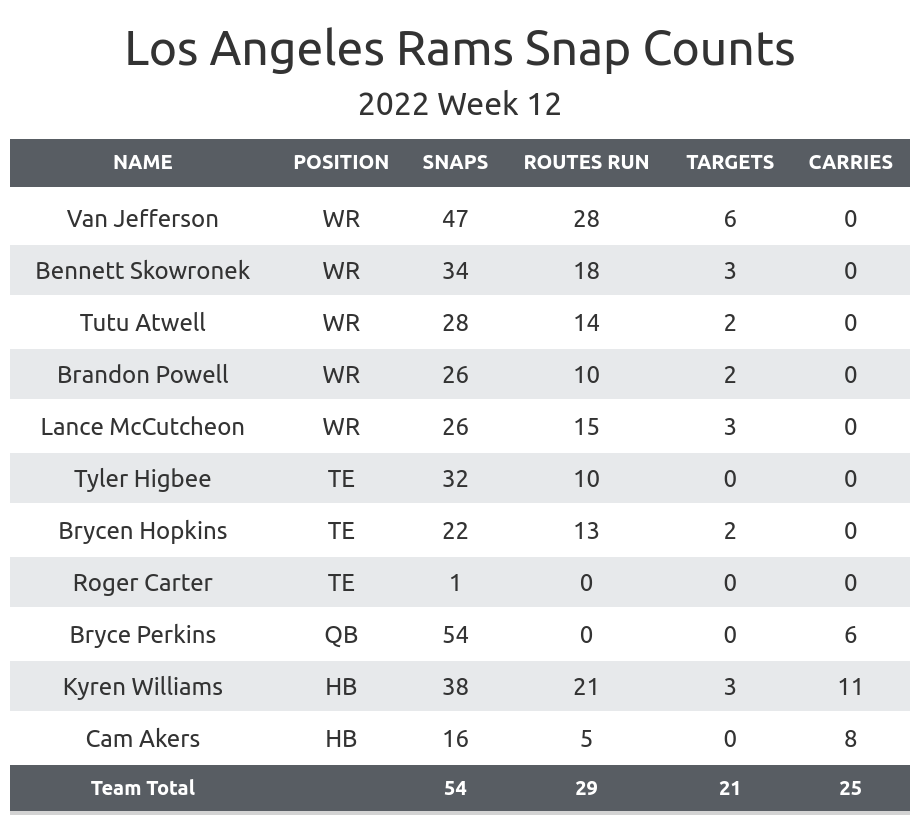 The Rams without Allen Robinson II: The Rams were already without All-Pro Cooper Kupp (injured reserve), but they were also without Robinson this week because of an ankle injury. 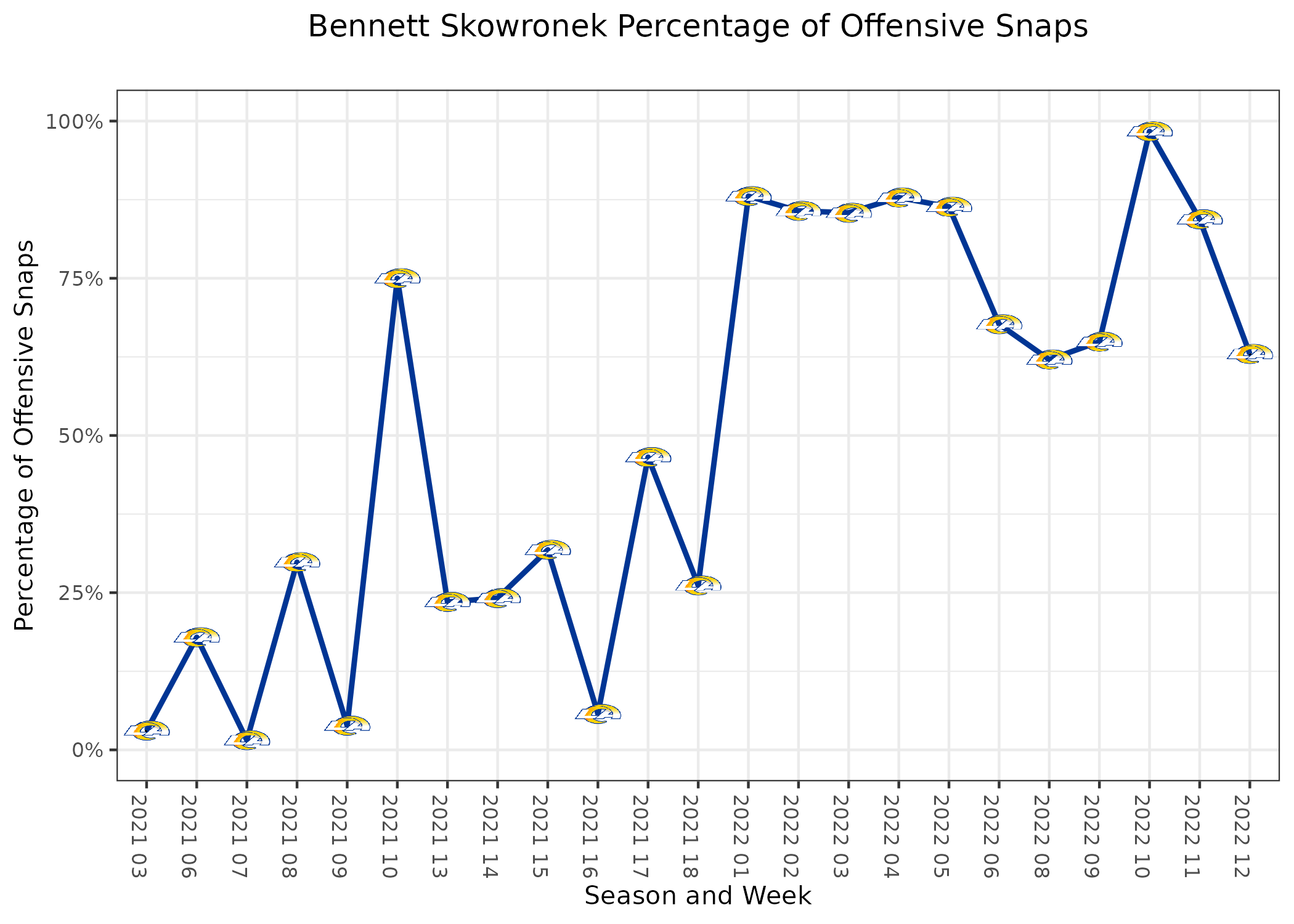 Add Kyren Williams: The Rams rookie played a bigger role, partially due to the release of Darrell Henderson but also because he took snaps away from Cam Akers. 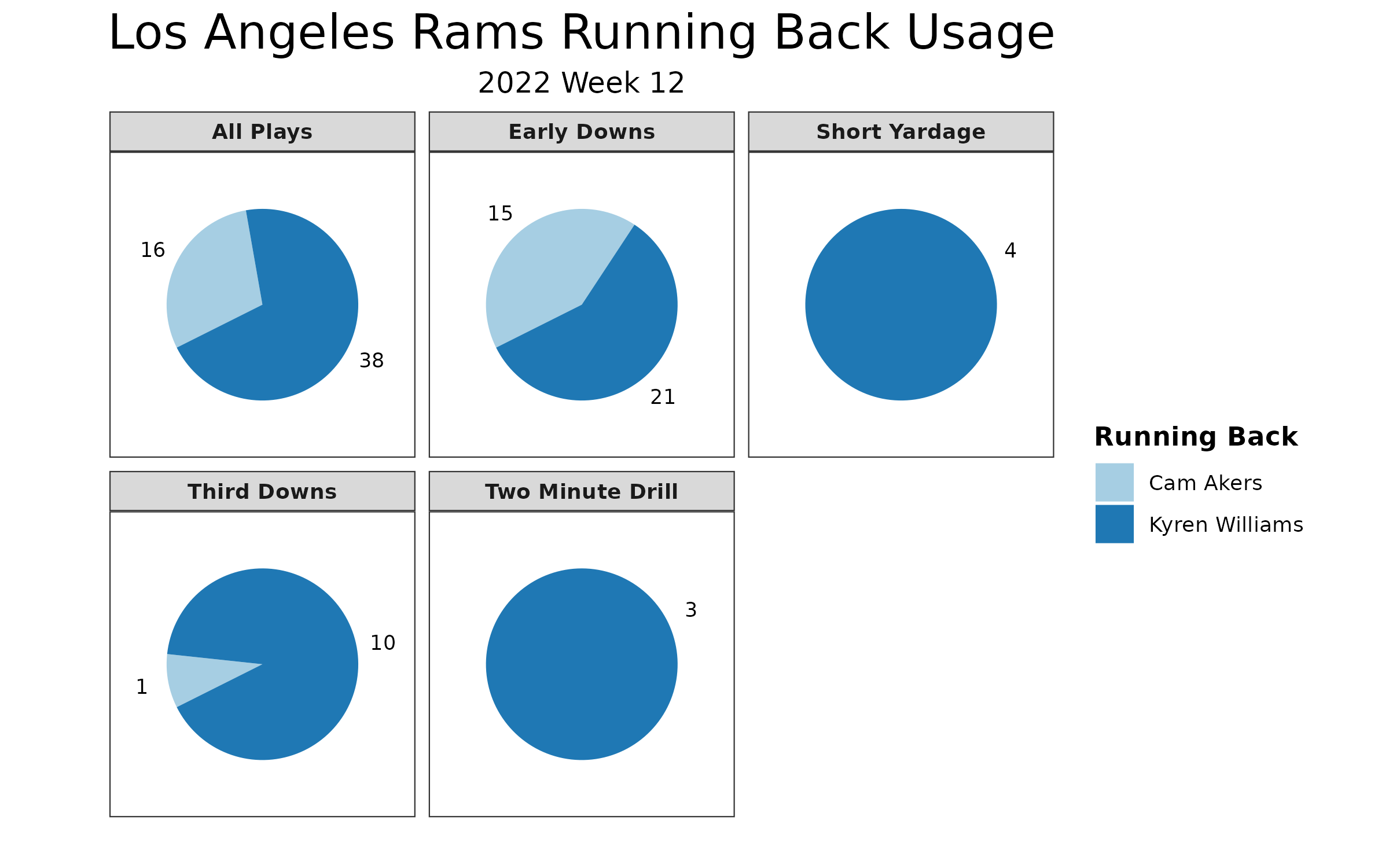 The return of JuJu Smith-Schuster: The veteran receiver returned after missing Week 11 and most of Week 10 but didn’t play as much as usual. 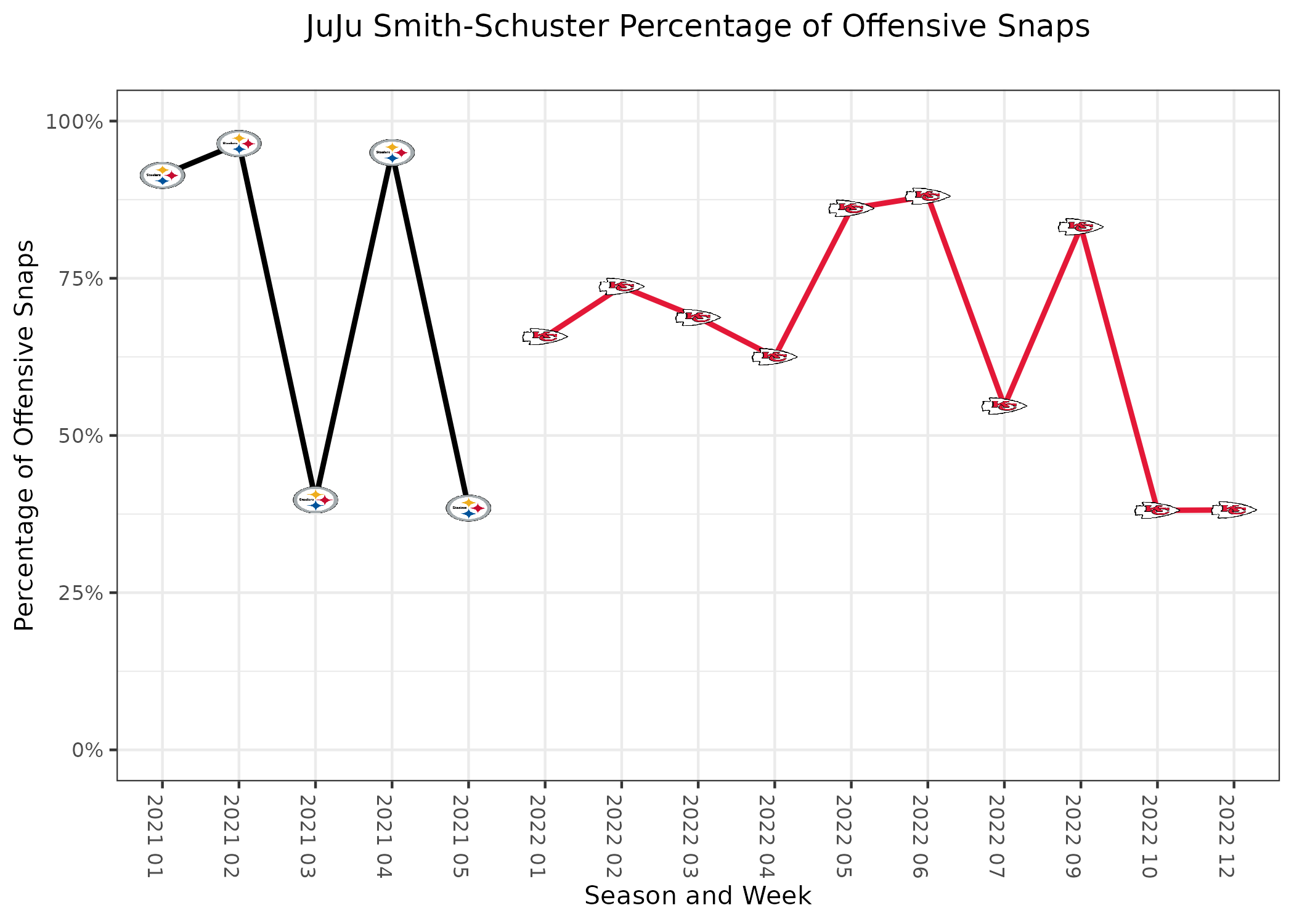 The Chiefs without Clyde Edwards-Helaire: The former first-round pick landed on injured reserve with a high-ankle sprain, which cost him this game and at least the next three. 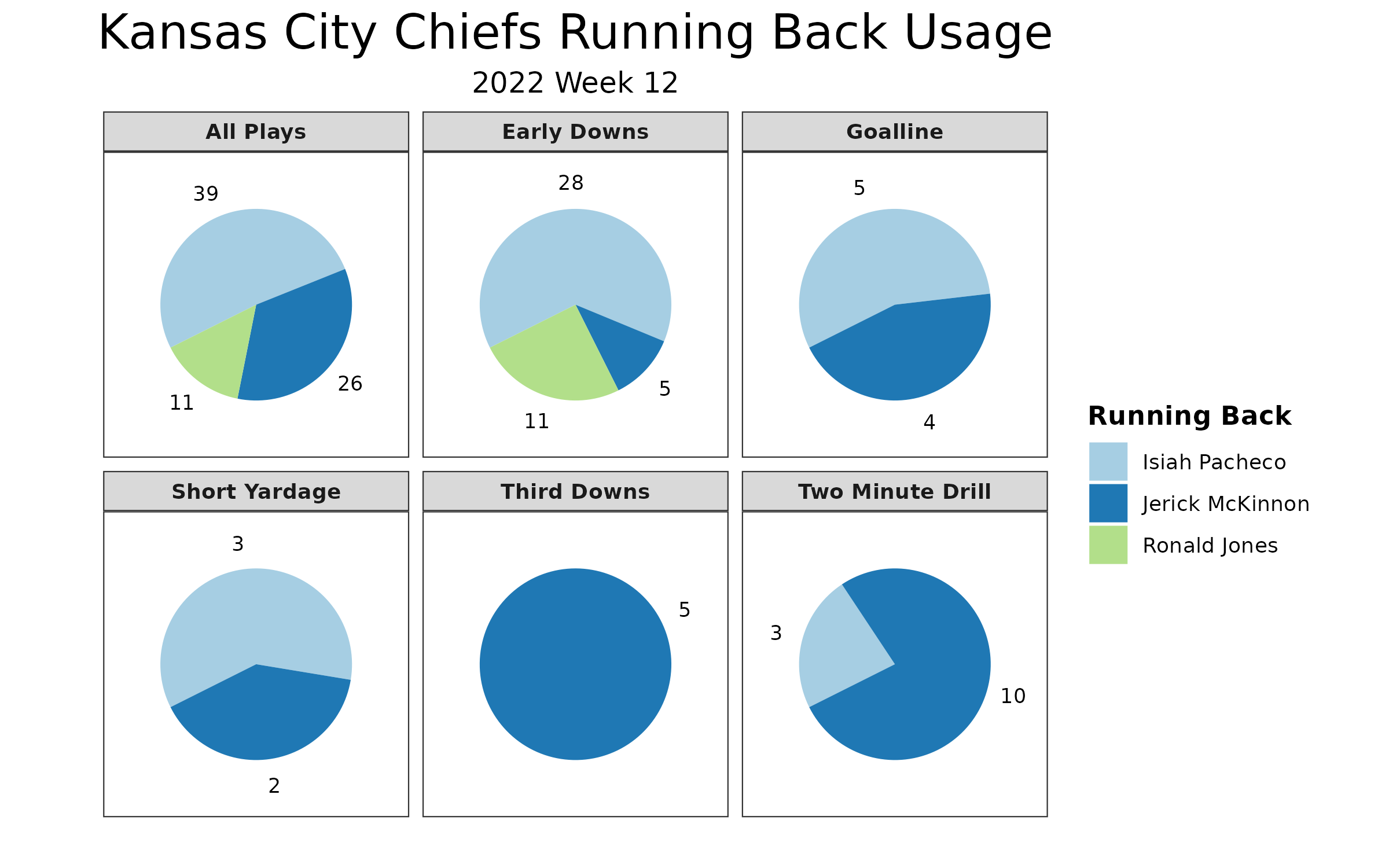