PFF DraftMaster UPDATED! How to use it to dominate Best Ball leagues

[Editor's Note: All PFF EDGE & ELITE subscribers have access to DraftMaster. If you're not an EDGE or ELITE subscriber, you can join today for 25% off with promo code BESTBALL.]

If you play a lot of fantasy football, and in particular if you play a lot in one specific league, you start to pick up trends among your leaguemates. Maybe Dave loves his quarterbacks, but maybe Kyle hoards tight ends. Maybe Janice takes her defense early, while for whatever reason Michael takes Justin Tucker before he should.

Whatever the specific quirks are, the thing to know is that the people you are drafting with aren’t just mindless automatons, indistinguishable from one another. Unfortunately, for most of the history of automated mock drafts, your practice leaguemates were mindless automatons. It was helpful, to an extent, but every time I personally used one, I was left feeling like I was about 80% of the way to the help I wanted and needed, and I needed that last 20% to really feel like it was worth my while.

And that was just for normal, season-long leagues. For best ball, the existing situation is more like 60%, and we needed the lats 40.

As of today (well, yesterday, but that’s less exciting), we at Pro Football Focus Fantasy have added that final 20%, that final 40%. There are loads of changes to the new overhaul of our DraftMaster tool available to subscribers, but my favorite, bar none, is the ability to tweak the personalities of those you are drafting with.

Drafting with Dave, your quarterback-loving friend? You can dial up his attention to the position by having him load up on quality. Janice wants her defense? Well, you can change that tendency. This way, you can practice against your specific league. Or, and this is just as important, you can practice against nobodies, but change their preferences at random in the tool to let you go up against as many different drafting styles as possible as you work to perfect your own approach.

I mentioned the loads of changes. And I just mentioned my favorite. But just because it is my favorite doesn’t mean it is the most significant. Because easily, the most significant addition to the DraftMaster offerings this offseason is the ability to do best ball mocks. Yes, in years past you could hold your own mock, and drafting for season-long isn’t that different from drafting for best ball. But it is different. And why settle for employing a knockoff second-tier approach when the real thing is right there? 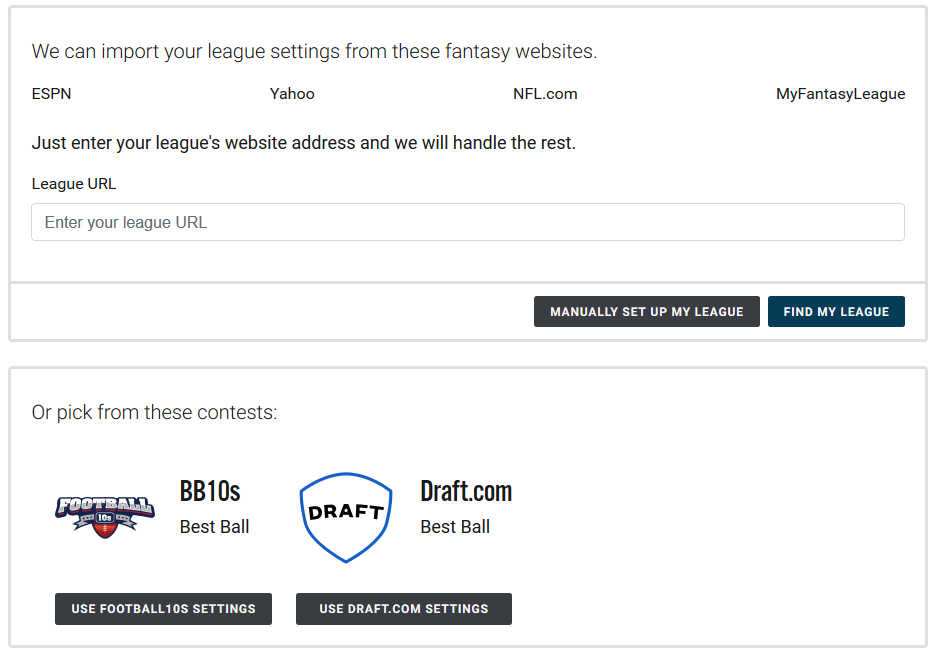 In the draft, things are fairly typical. You can see the picks that have been made, the next players up in the rankings, and your roster. All what you’d expect. Except that’s all on the edge of the screen. And the middle is where the real magic is. 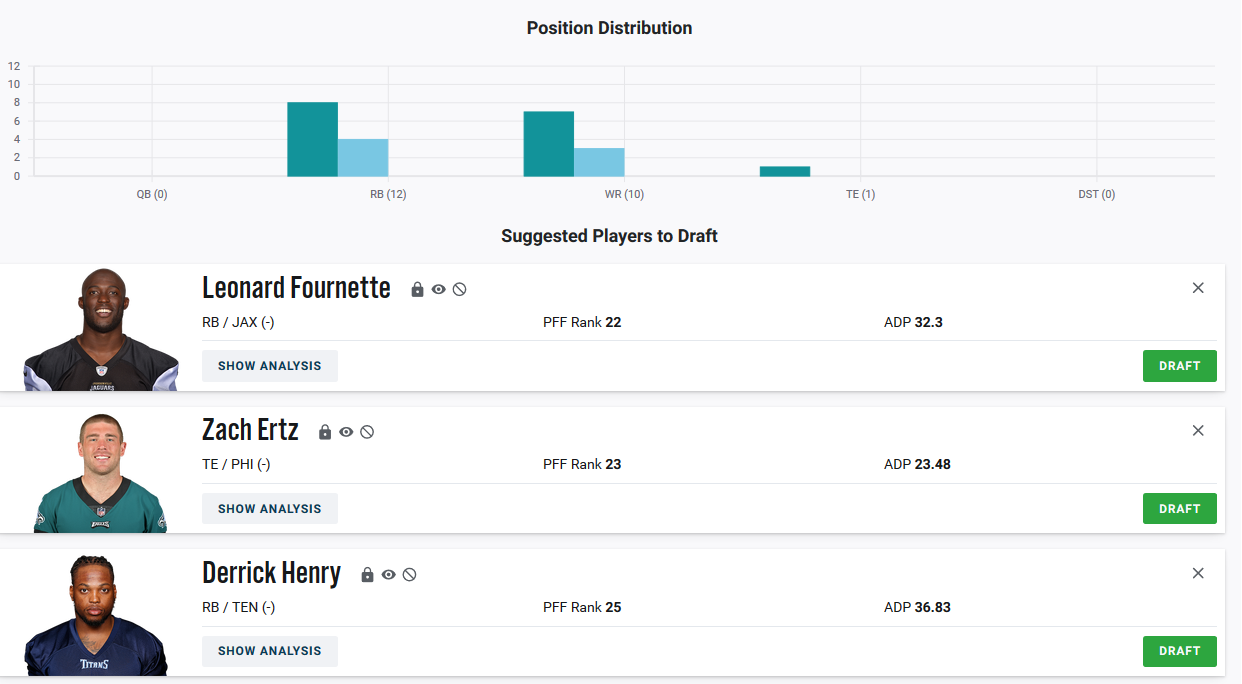 In my full fantasy leagues, I make a spreadsheet of every pick for every team. It’s partly OCD and partly because it’s an advantage to monitor what positions have gone when so you know where there is value to be had. It’s labor-intensive and nerdy, and the DraftMaster tool decides to just handle that work for me. See that “position distribution” section at the top? It tracks how many of each position has gone, and even nicely sorts them into teams’ first, second, third, or later players at each position. RB column filling up? Well, you either need to jump on one before they run out, or you can capitalize on extra receiver value. Either way, it’s helpful to know.

And then below that, our software decides to make your life easier. Using whatever help you want — rankings, ADP, etc. — the AI will make suggestions for your next pick based on who you already have. You can obviously still make your own picks and ignore the suggestions altogether, but … you know, you don’t have to.

Draft from any slot. Tweak your opponents. Draft for best ball or season-long. Use ADP, use our staff rankings, use one specific ranker’s approach. Read Jeff Ratcliffe’s advice on how best ball leagues can help you and why they have appeal on their own. In short, if you can’t get the most out of your mock drafting experience with our overhauled DraftMaster for 2019, I’m going to go ahead and say it’s on you.