What subscribers get with PFF’s Preseason 2020 NFL Draft Guide

PFF’s Preseason 2020 NFL Draft Guide will be released to subscribers after final touches have been made to what will be a monster PDF with 300-plus pages of information on August 12, 2019. All EDGE and ELITE subscribers will have access to the PDF download upon its release, meaning all of you can download the guide for as low as $9.99.

Whether you’re a draft junkie, college football fan or an expert/analyst, PFF’s 2020 Preseason NFL Draft Guide V1 has everything you need to preview the 2019 college football season and start preparing for the 2020 NFL Draft. 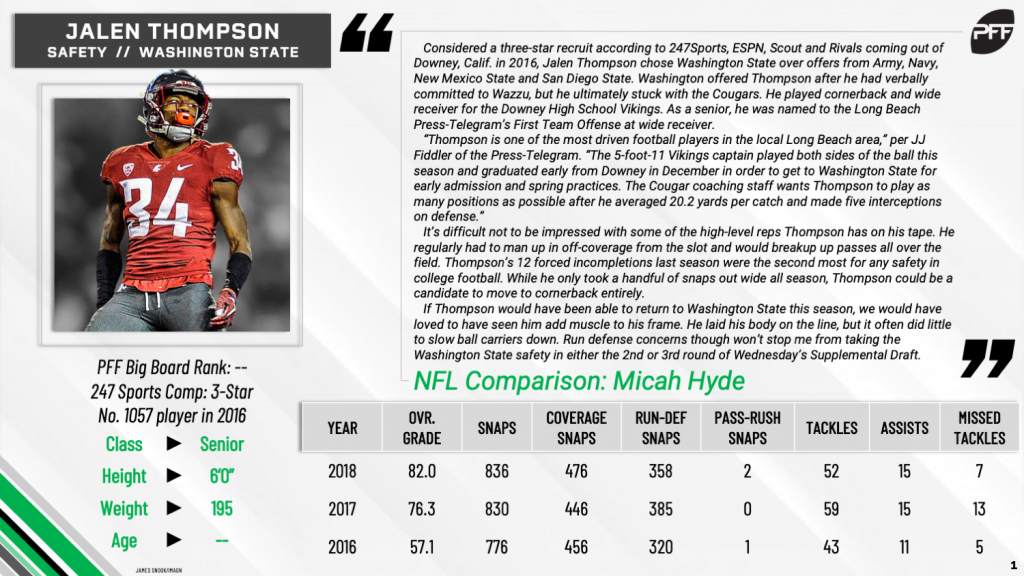 Page 1 of PFF’s 150 two-page player profiles in the Preseason 2020 NFL Draft Guide will include notable pre-college background information and valuable in-school information to preview the prospect’s recruiting background, injury history, any notable off-field concerns and more. Renner will also include his NFL player comparison for nearly every prospect in the guide. On the numbers side of things, page 1 will also include three-year grades and stats for every prospect in addition to listed height, weight and 247Sports Composite star status.

Moving the page 2 of the player profiles, PFF’s Preseason 2020 NFL Draft Guide will include more advanced stats for every player and compare those to the class average. Renner will also offer his list of pros and cons for every prospect in addition to a “Bottom Line” and round projection for all 150 players. 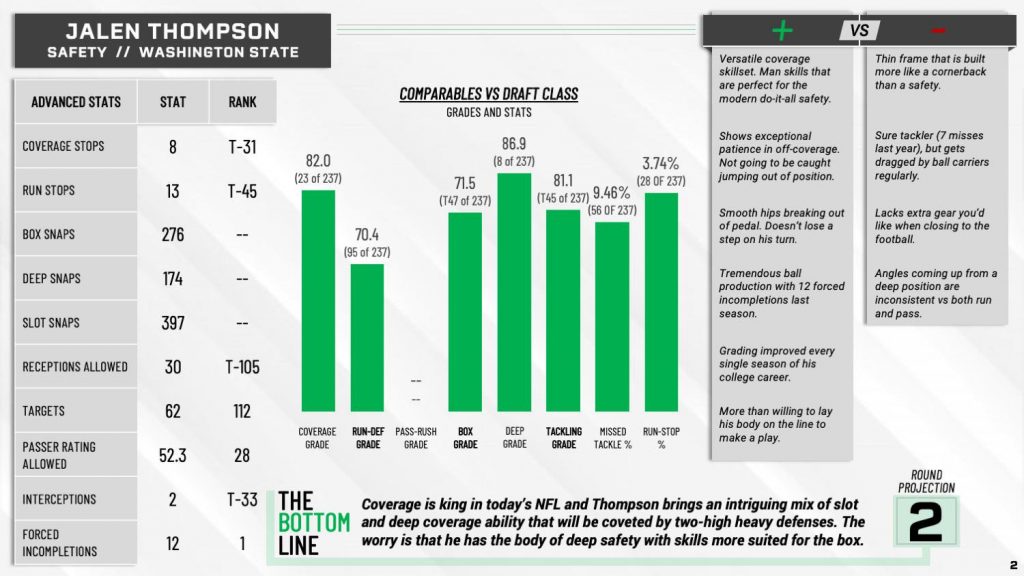 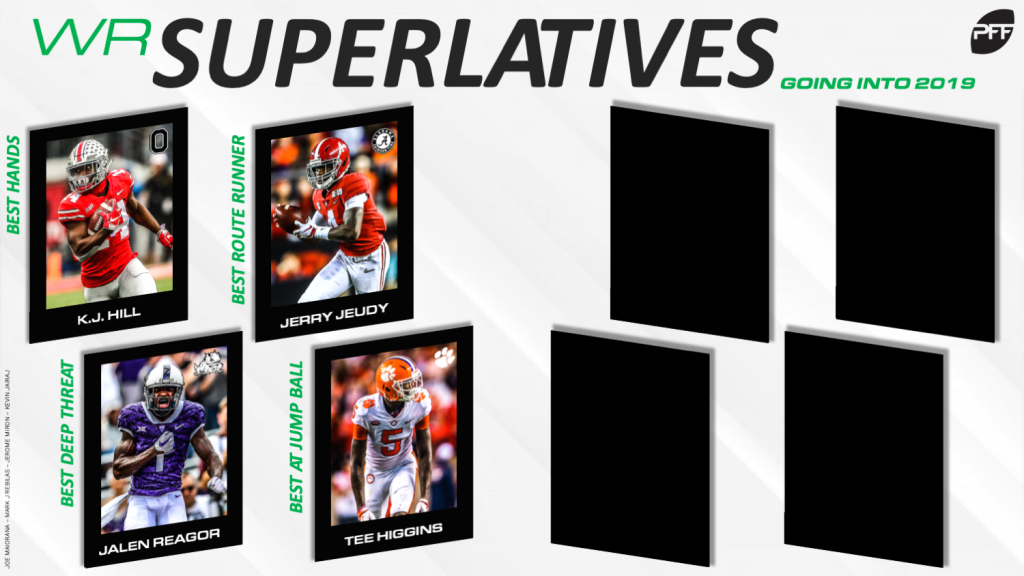 In addition to his big board, Renner will have his first first-round mock draft for the 2020 NFL Draft added to the guide and prospect superlatives by position, including things like “Best Deep Threat” and “Best Route-Runner” for the wide receiver position.

For those interested in just the numbers, a stats appendix will be attached to the back-end of the guide to provide many the advanced stats referenced in the guide in tabular format.

All of PFF’s EDGE and ELITE subscribers will have access to PFF’s Preseason 2020 NFL Draft Guide when it’s released on August 12, 2019. Version 1 will include all of the above, and a second version will be released on October 14, 2019 with more profiles and information.

Subscribe to PFF’s EDGE or ELITE subscription today to you have your copy of PFF’s Preseason NFL Draft Guide.