The comps below were derived from a two-step process. First, I converted all the most statistically relevant stats and measurables to percentiles based on the thousands of prospects who have entered the NFL since 2006 at each position. Then, I filtered the total universe of past prospects by those who had draft positions, weight and 40 times within a 10th percentile in either direction of Simi Fehoko. For undrafted players, I assigned a numerical draft position of 300.

For Fehoko's draft position, I’m using an estimate based on the mock data collected at GrindingTheMocks.com. For weight and 40 time, I’m using the numbers from his pro day, with a 0.03-second penalty added to the 40 time to reflect the uncertainty of pro-day timed measurements.

Unfortunately, athleticism is less important for projecting wide receiver success, but it can have a major impact on draft position. The question will be how much this kind of under-the-radar pro day moves expected draft positions, especially for a prospect who was widely known to be a physical marvel.

Fehoko was able to use his size and speed to make big plays at the collegiate level, though perhaps not as often as you’d hope for a future NFL star.

Fehoko doesn’t make the list of 216 draft picks chosen in recent mock drafts, so we assume his draft position will be a bit worse at 236. He’s the second-highest-ranking unmocked player on our big board, and we add 10 slots to each. 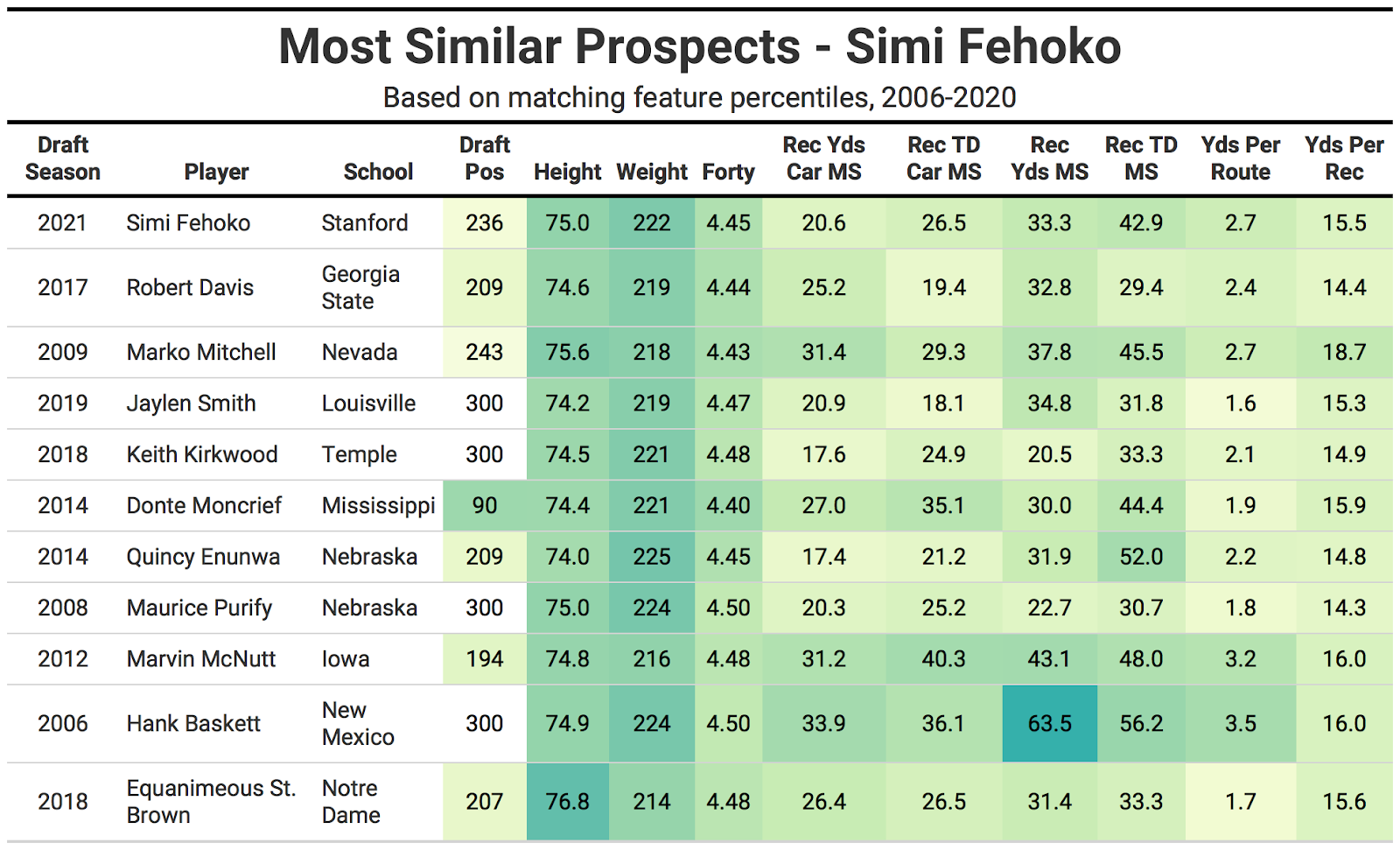 The list of big, athletic receivers who comp most closely to Fehoko isn’t inspiring. Donte Moncrief has had modest success in the NFL, but he was also a third-round pick, which is much earlier than Fehoko is currently projected to go in this year’s draft.