The comps below were derived from a two-step process. First, I converted all the most statistically relevant stats and measurables to percentiles based on the thousands of prospects who have entered the NFL since 2006 at each position. Then, I filtered the total universe of past prospects by those who had draft positions, weight and 40 times within a 10th percentile in either direction of Jaret Patterson. For undrafted players, I assigned a numerical draft position of 300.

For Patterson's draft position, I’m using an estimate based on the mock data collected at GrindingTheMocks.com. For weight and 40 time, I’m using the numbers from his pro day, with a 0.03-second penalty added to the 40 time to reflect the uncertainty of pro-day timed measurements.

At less than 200 pounds and running a 40-yard dash in the 4.5s, you wouldn’t think there would be a ton of positive comps for Patterson. He also struggled in other drills, posting a sub-10-foot broad jump and a 30-inch vertical. He’s able to ascend that poor athletic profile in his comps because of his outstanding production. Patterson is also a higher-BMI prospect at the height of only 5-foot-6.

Patterson was also able to break off several longer runs in college, but those could be tougher to come by in the NFL. 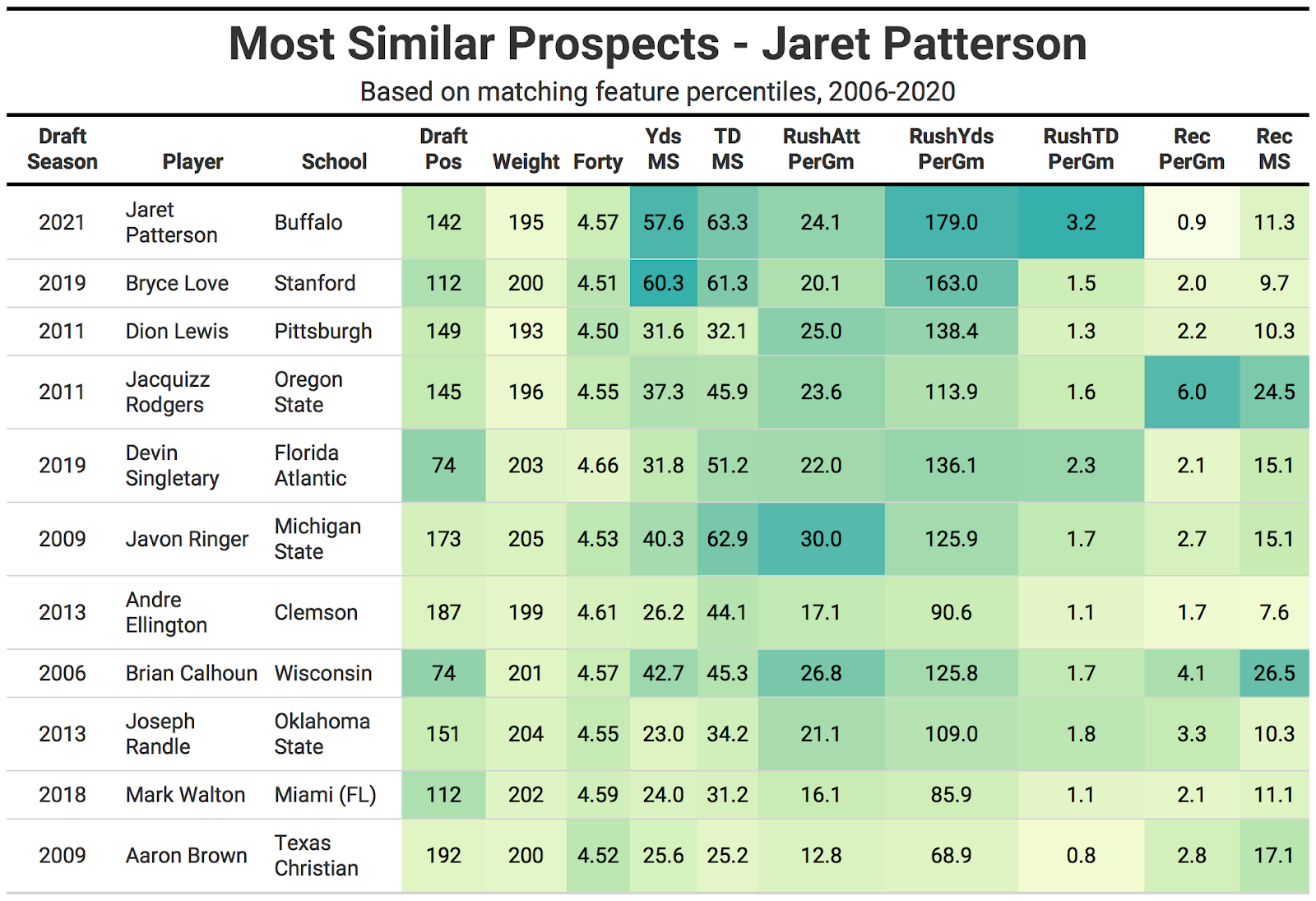 The matching features use the prospects’ most dominant seasons for comparison. Bryce Love shows up as the most similar prospect using his standout junior year when he rushed for over 2,100 yards. Incredibly, Patterson topped that production on a per-game basis in 2020 and accounted for nearly 60% of his team’s yards and 65% of touchdowns.