2020 NFL Draft: Sleepers to know ahead of the 2019 college football season

It’s time to give the guys whose names you may not have ever even heard of their due. These players have balled out in the PFF grading system and have NFL level traits, yet for one particular reason or another haven’t been talked about nationally. Now, it’s time to change that.

For the vast majority of NFL history, 5-foot-11, 190-pound quarterbacks were invisible to NFL evaluators. With 5-foo-t9(ish) Kyler Murray going No. 1 overall, though, the times have changed. Fine has one of the strongest arms of any quarterback in college football with zip to all levels of the field. He’s got his flaws, but we’ve seen his grading improve by leaps and bounds over his career at North Texas.

Corbin grew up a rugby standout, and it shows up in his unwillingness to go to the ground. The Illinois running back’s cutting ability is jaw-dropping at times. Corbin will turn 90 degrees in a split second and barely lose any speed. He averaged a scintillating 5.45 yards after contact per attempt on 128 carries last season.

McCrae is in the conversation for fastest running back in the country. He hit home runs at an unbelievable rate last season. Once he started seeing real touches in Week 10 last season against Temple, McCrae had an absurd 29 of his 90 attempts go for 10-plus yards. That sort of home run ability can wreak havoc with matchups.

Muti has been out of sight, out of mind since tearing his Achilles early on against Minnesota last season. No matter, Muti looks primed to build upon one of the most impressive freshman seasons we’ve seen in our grading system back in 2017. He earned run- and pass-blocking grades over 80.0 that year with a highlight reel that is must-watch material. Then through 45 snaps at left tackle last season, he didn’t allow a single pressure.

In two years as a starter, Cleveland has yet to allow 20 pressures in a single season. This past year, he earned grades over 80.0 in both pass- and run-blocking. Listed at 6-foot-6, 309 pounds, Cleveland has the size, length and nimble feet to hold up at tackle in the NFL. 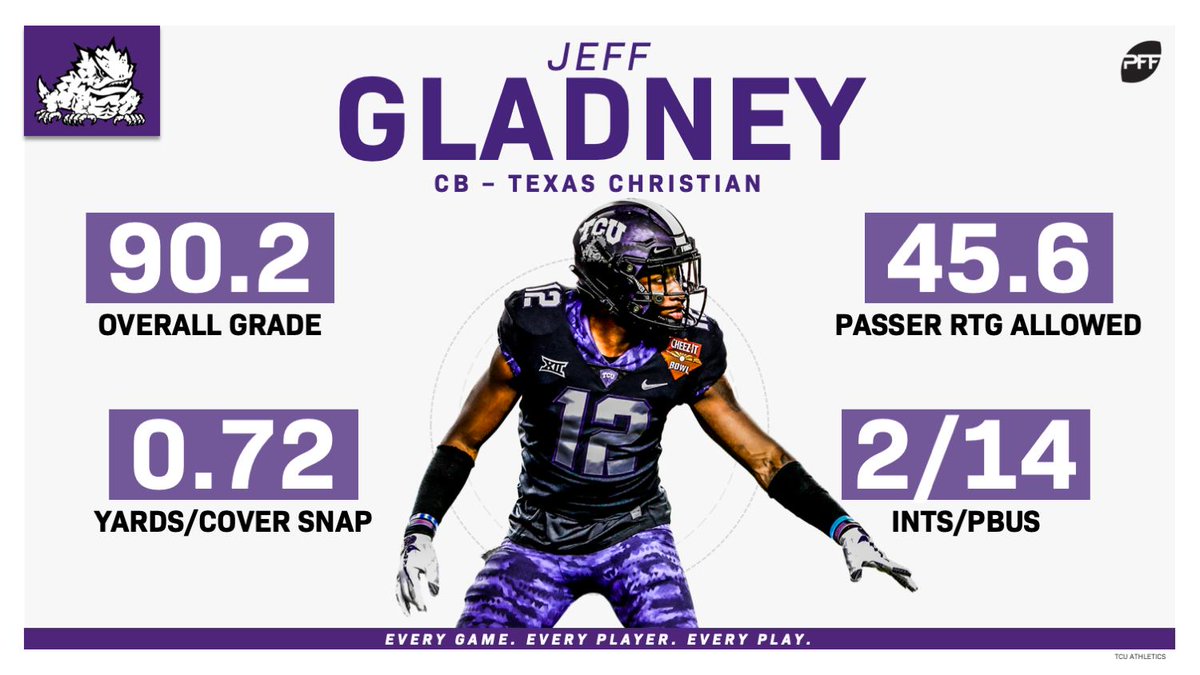 If you’re a college wide receiver, you might get Gladney a couple times here and there, but chances are you’re not going to beat him deep. In all likelihood, Gladney will run somewhere in the 4.3s at next year’s combine, and it translated to the football field. He didn’t allow a single catch 20-plus yards downfield last year and allowed only 3-19 targets 10-plus yards downfield to be completed.

I’m of the opinion that the phrase ‘nose for the football’ is often overused, but with Bassey’s track record, I can’t help but think it applies to him. The undersized corner just keeps making plays in the Wake Forest defense. His 39 forced incompletions over the past two years are the most of any corner in college football while his 22 coverage stops rank 12th.

A former track standout at Cal, Davis has as much range as any safety in the country. When he was targeted 10-plus yards downfield last season, Davis caught nearly as many himself (two interceptions) as the receivers he was guarding (three receptions). And this season marks the first time in his career that he was a full participant in spring practices. 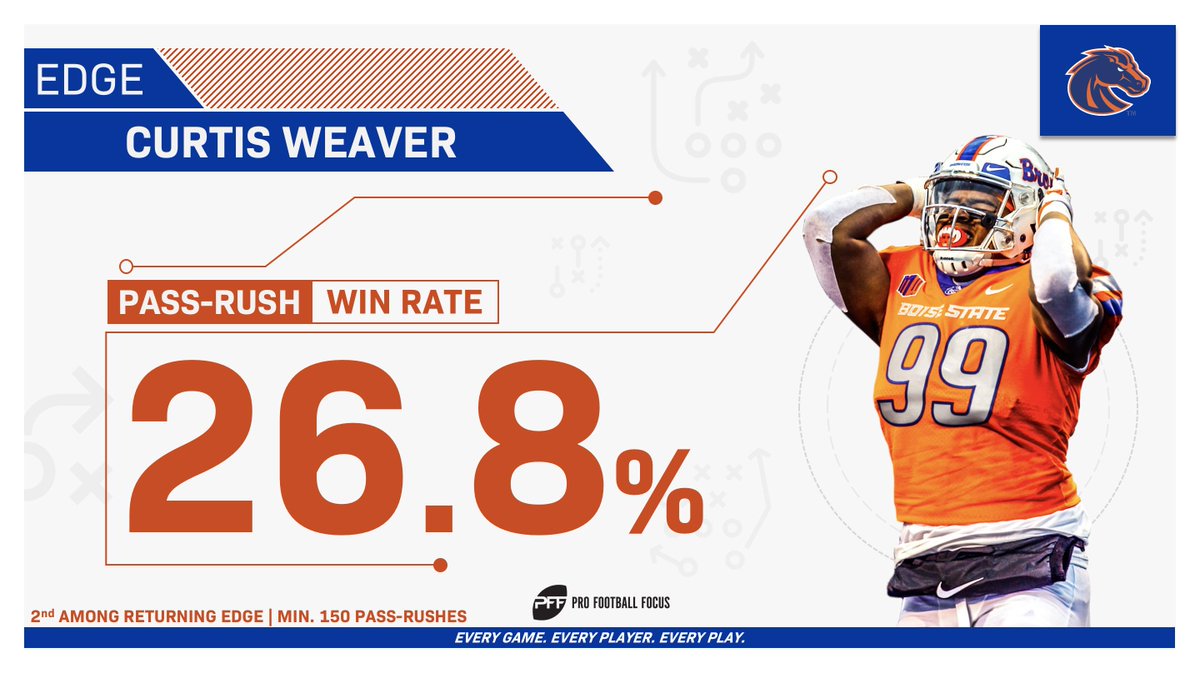 Over the latter half of 2018, there may not have been a more dominant pass-rusher in college football than Weaver. From Week 7 on last season, Weaver was behind only Arkansas State’s Ronheen Bingham in pass-rushing grade (93.4) and win rate (32.7%). His ability to kick inside and win as a pass-rusher is invaluable at the next level.

Woodward was the pinnacle of grading at the linebacker position in college football last season. He earned grades of 90.0-plus in run defense, tackling and coverage. That’s a good combination to have. The rising junior is a little undersized, but he is a smooth athlete in his own right who won’t be limited in the NFL. The 21 catches he allowed in his coverage last season went for a grand total of 98 yards with only five resulting in a touchdown or first down.