KALAMAZOO, MI - NOVEMBER 19: Zach Terrell #11 of the Western Michigan Broncos drops back to pass in the first quarter against the Buffalo Bulls at Waldo Field on November 19, 2016 in Kalamazoo, Michigan. (Photo by Dylan Buell/Getty Images)

Undrafted free agents are such an important part of filling out final rosters that some teams have been known to dole out bonuses to scouts responsible for bringing players in that make the final 53 in September. With such a deep draft class, it was inevitable that there would be a number of players still on the board after pick No. 253 last Saturday.

Here is a look at 10 of PFF’s favorites that have great shots to land roster spots in the fall due to their fits with their new teams.

Joe Mathis went undrafted due to his foot injury, but was the top prize of the undrafted class because of his outstanding pass-rushing production at Washington. He posted 30 total QB pressures in just six games played in 2016, and posted a total of 17 defensive stops without missing a tackle. His skill level should dictate his ability to make Houston’s final roster, but the Texans could also use the extra edge presence, regardless. 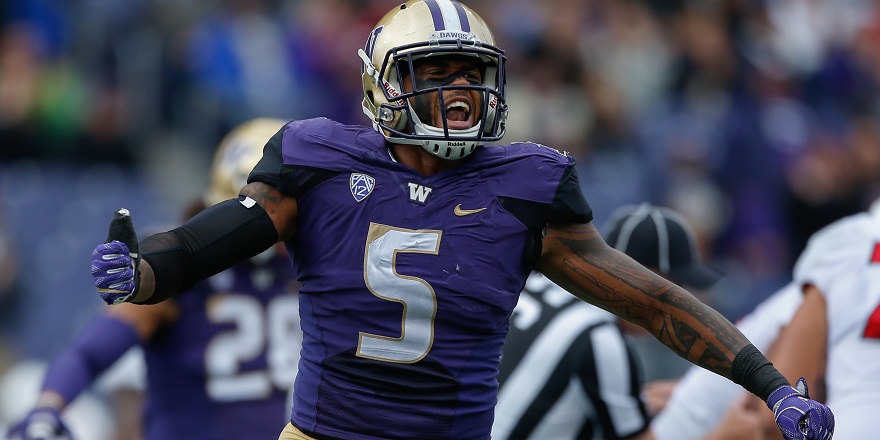 The Ravens are obviously set with Joe Flacco at starting quarterback, but the only other QBs on the roster are Ryan Mallett and Dustin Vaughan. While former Western Michigan passer Zach Terrell lacks a big-time arm, he led all of FBS in 2016 in both overall adjusted completion percentage (which accounts for drops, throw-aways and attempts made while absorbing hits) and adjusted completion percentage under pressure. His ability to perform well under pressure could help him develop into a solid backup at the NFL level, thus it makes sense for Baltimore to continue to develop his skill-set beyond training camp this fall.

The Dolphins’ depth at linebacker is thin, even with the selection of Ohio State’s Raekwon McMillan in the third round. Praise Martin-Oguike not only brings depth to the corps, but versatility, as well, as he totaled 102 QB pressures over the last three seasons at Temple to go with 91 total defensive stops. He looks like a viable rotational defender as a rookie, especially if he’s able to contribute on special teams early (he posted a positive special teams grade in each of the past three college seasons).

Running back is another position in which the Dolphins lack depth, as Damien Williams is currently refusing to sign his tender, and Jay Ajayi’s other backup, Kenyan Drake, lacks the frame to be relied upon as a pass blocker. This is a critical area where De’Veon Smith can help Miami, as he gave up just one sack (none the past two seasons) and four QB hits over his past three seasons for Michigan.

The Patriots have a long history of making great use of offensive skill players who go undrafted due to a perceived lack of top-end athleticism, and Northwestern’s Austin Carr could be next in line. His 89.5 overall grade led all FBS receivers in 2016, as he racked up 90 catches and 1,247 yards with just four drops when working out of the slot. 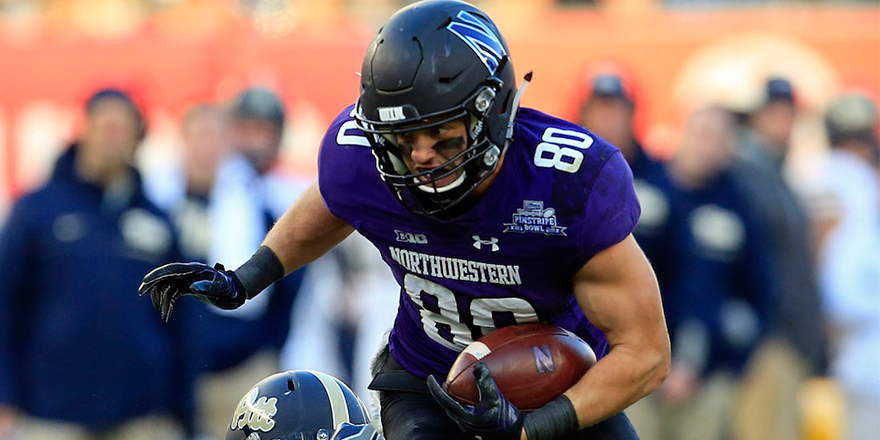 In terms of off-ball linebackers, Cleveland’s depth basically consists of Demario Davis, who earned an overall grade of just 58.4 last season. Kenneth Olugbode went undrafted largely because he measured out at just 6-foot-1, 222 pounds, at his pro day, but his significant improvements as a run defender in 2016 and potential as a coverage and special-teams player may land him a roster spot. He posted a PFF overall grade of 87.7 at Colorado last season, and was at his best in the biggest games. Against Michigan, Stanford, and Washington, Olugbode racked up a total of 33 solo tackles with 18 defensive stops.

The Browns earned the No. 1 overall pick this year for a number of reasons, namely a lack of talent throughout the roster. Jamar Taylor is the only cornerback on the roster who earned a coverage grade over 70.0 last season, and the selection of former Houston Cougars CB Howard Wilson in the fourth round shouldn’t preclude Cleveland from further upgrading the position group. While Stribling lacks ideal speed and size measurables, he was outstanding in coverage last season. He finished second in the draft class in both total passes broken up (15) and QB passer rating against (22.7). 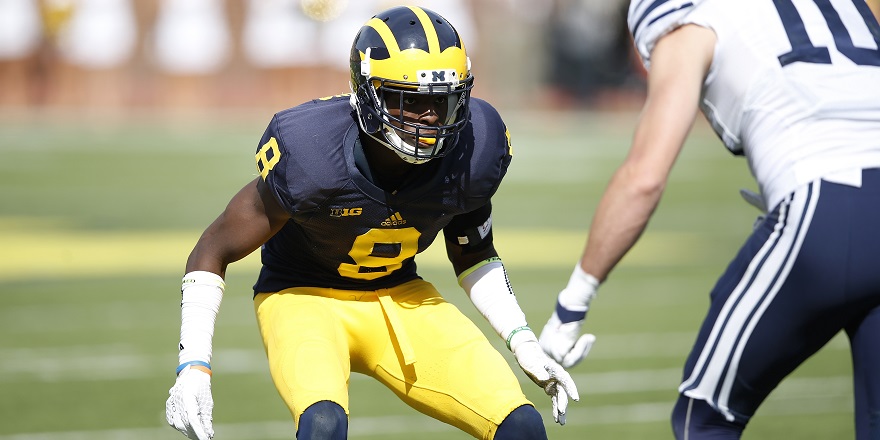 Detroit’s 2015 first-round pick, Laken Tomlinson, is likely the backup left guard this year to 2016 third-round pick Graham Glasgow, thus he may not have long-term viability on this roster. Leo Koloamatangi is an intriguing replacement, in large part due to his ability to potentially play all three interior line positions. As Hawaii’s center last season, he gave up just one sack and six QB hurries in pass protection, and earned above-average run-blocking grades in 10 of 14 games played.

Seattle’s need for offensive line talent is well-documented, thus an undrafted free agent the caliber of Jordan Roos will have a shot at making the final roster, even though the Seahawks spent two draft picks on the position group last weekend. Roos graded out as one of the top guards in the country through the first month of the season, but was slowed late by a back injury he played through. He gave up just 11 total QB pressures on the season for the Purdue Boilermakers, and just two of those pressures (one hit and one hurry) came during the first six games played.

With the Bills opting not to pick up the fifth-year option of wide receiver Sammy Watkins, the long-term depth of Buffalo's WR corps is likely very thin (despite drafting former East Carolina WR Zay Jones in Round 2). At just under 6-foot-0 and 200 pounds with a 40-yard-dash time of 4.60 seconds, Daikiel Shorts lacks ideal NFL measurables. However, he enjoyed a very productive 2016 campaign at West Virginia, as he earned an 82.3 PFF overall grade and snagged 63 balls while forcing 11 missed tackles after the catch. His mark of 874 yards from the slot was seventh-best in the draft class.