While we've discussed the top true freshman signal-callers and their prowess throwing the ball this bowl season, we figured now is the best time to highlight those players on the receiving end of those passes and look into which true freshman receivers had the strongest seasons in 2018. 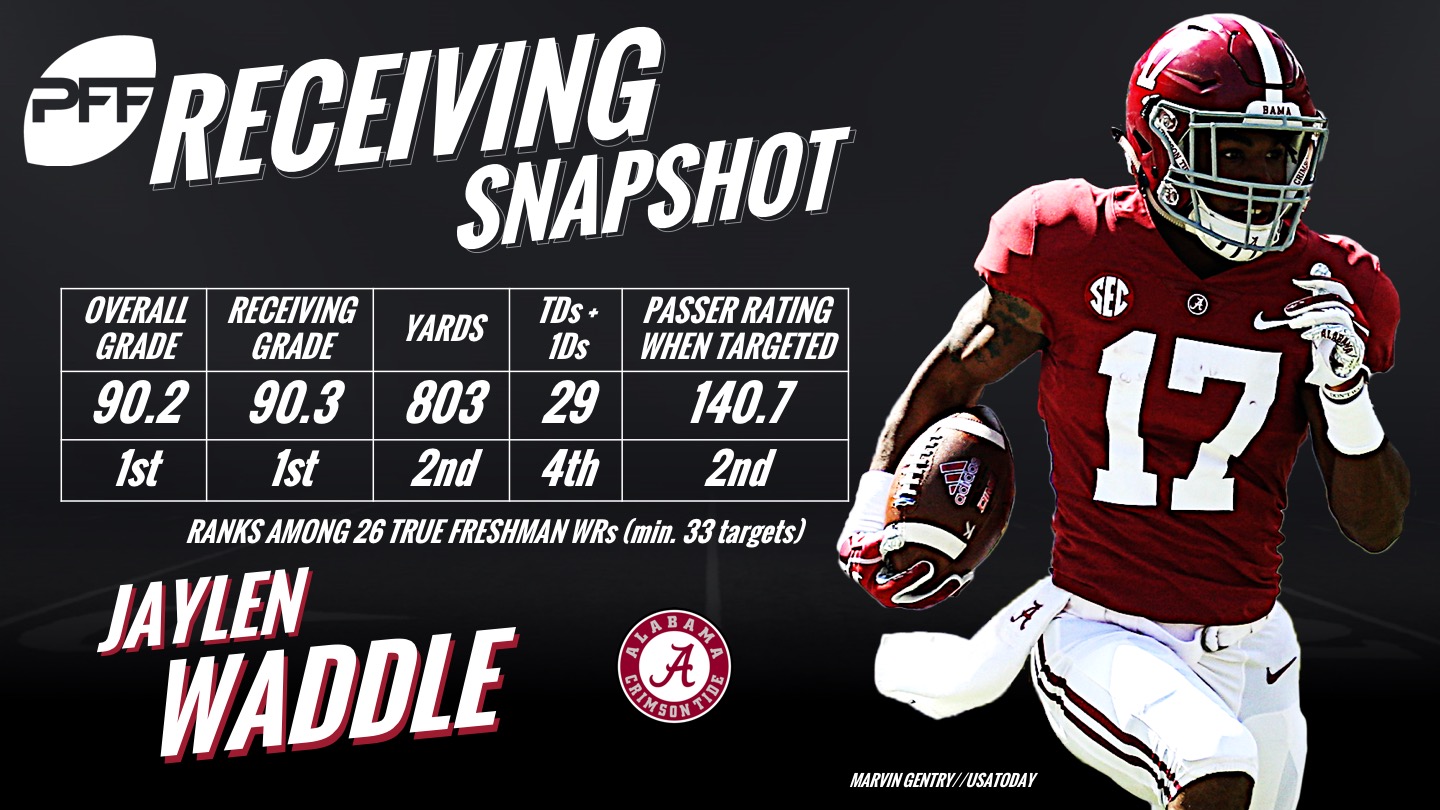 Waddle was named a first-team All-American by us at PFF and for good reason, hauling in 74.5% of his passes for 803 yards and an average of 8.6 yards after the catch per reception. 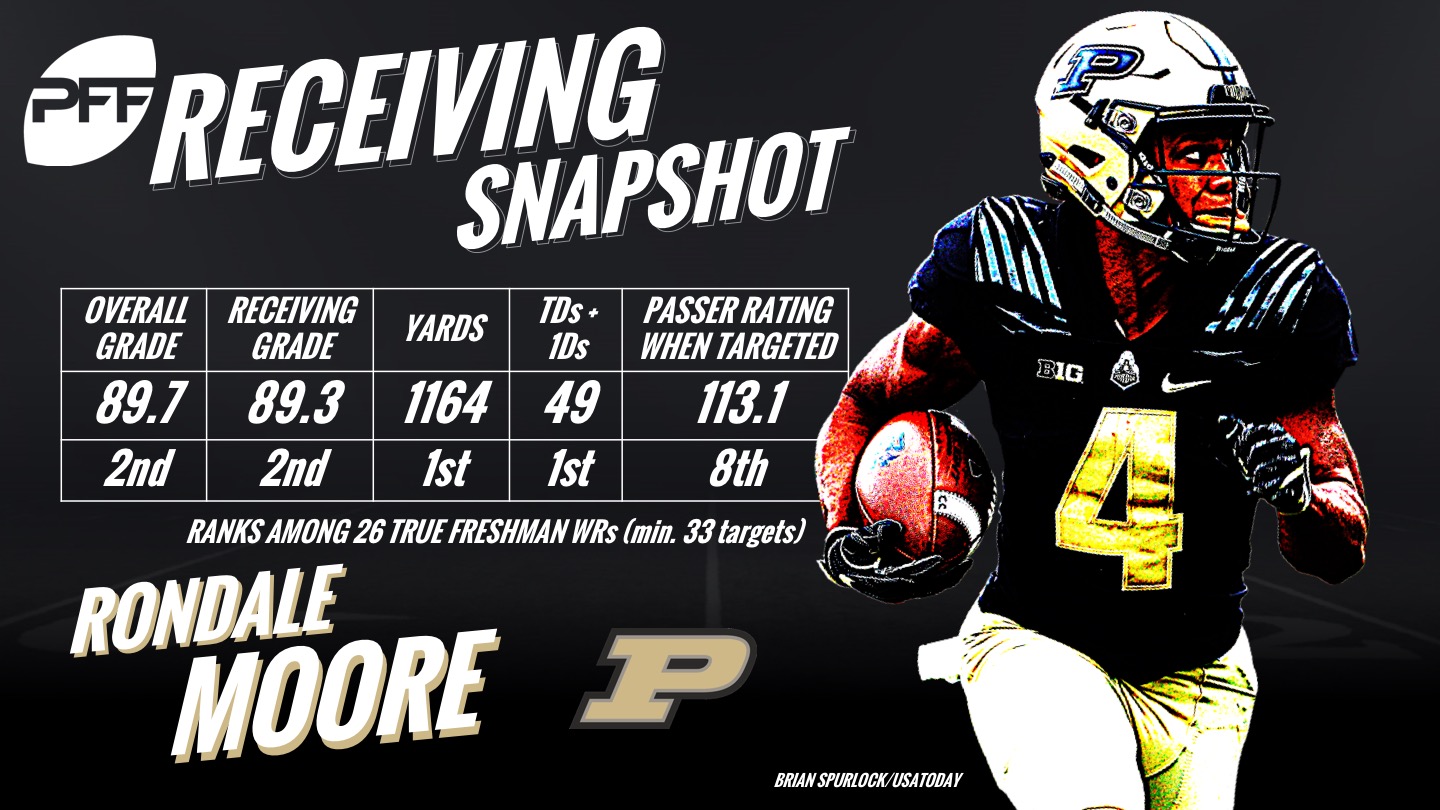 Moore was electric in 2018, gaining 822 of his 1,164 yards after the catch and forcing 34 missed tackles, numbers that led the FBS for all receivers, not just freshman. 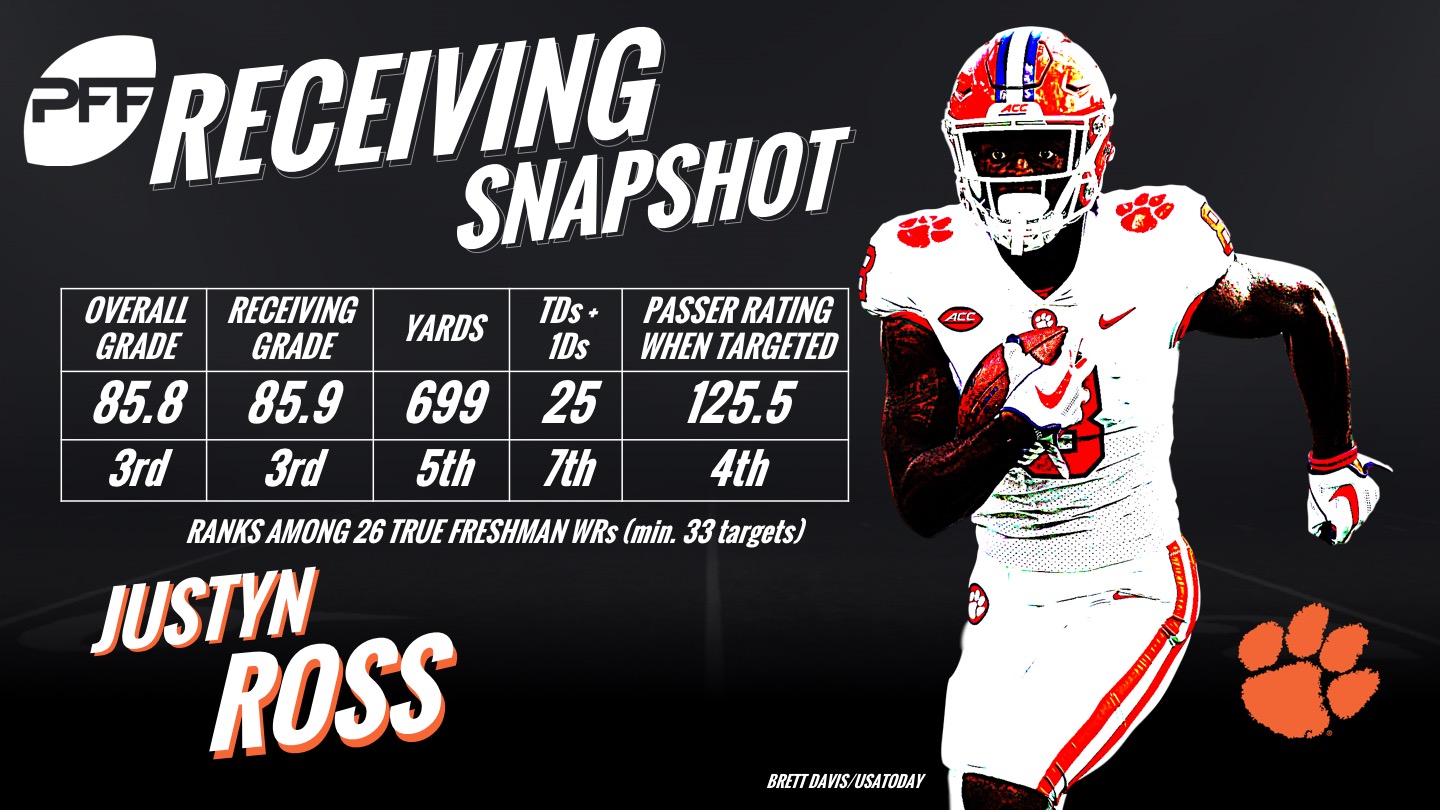 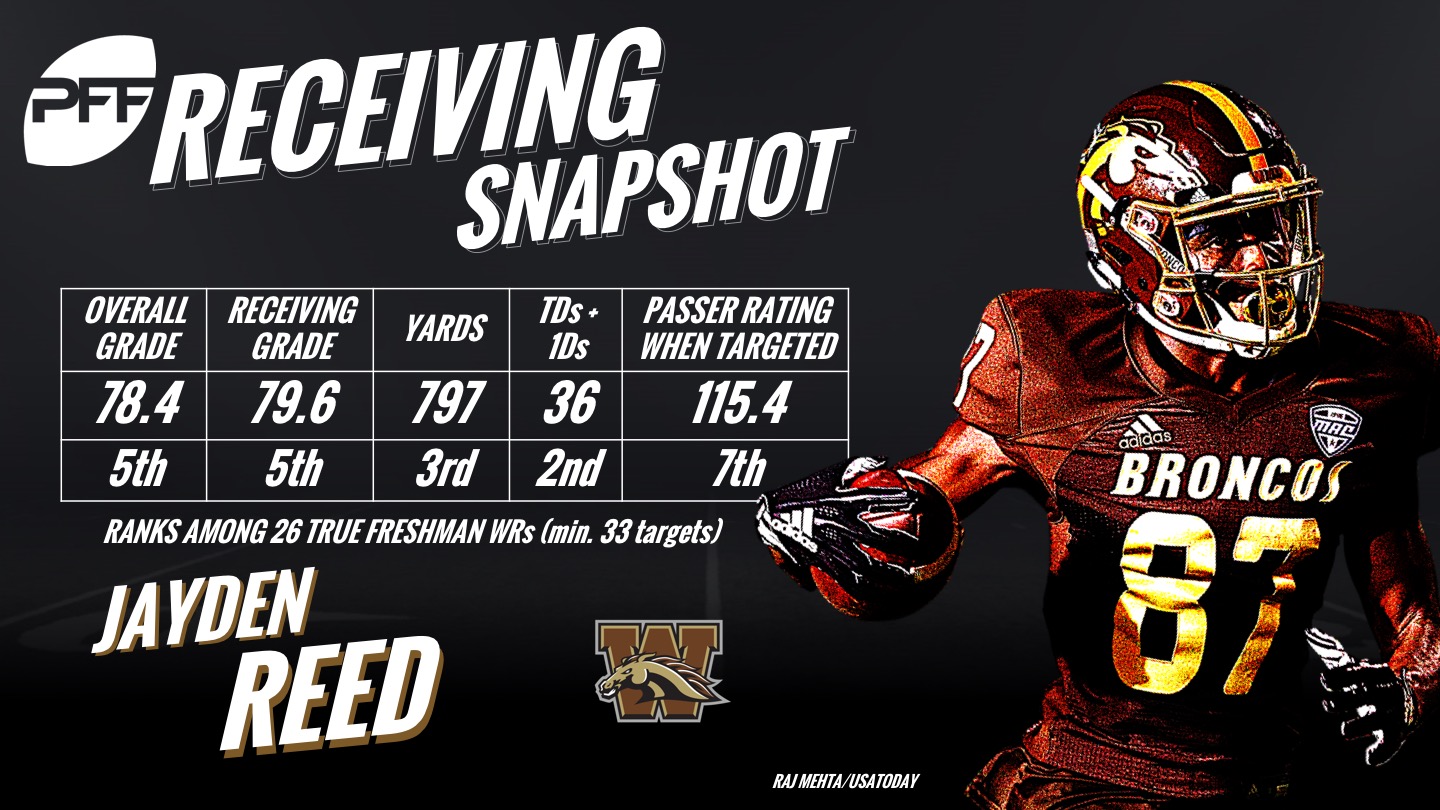 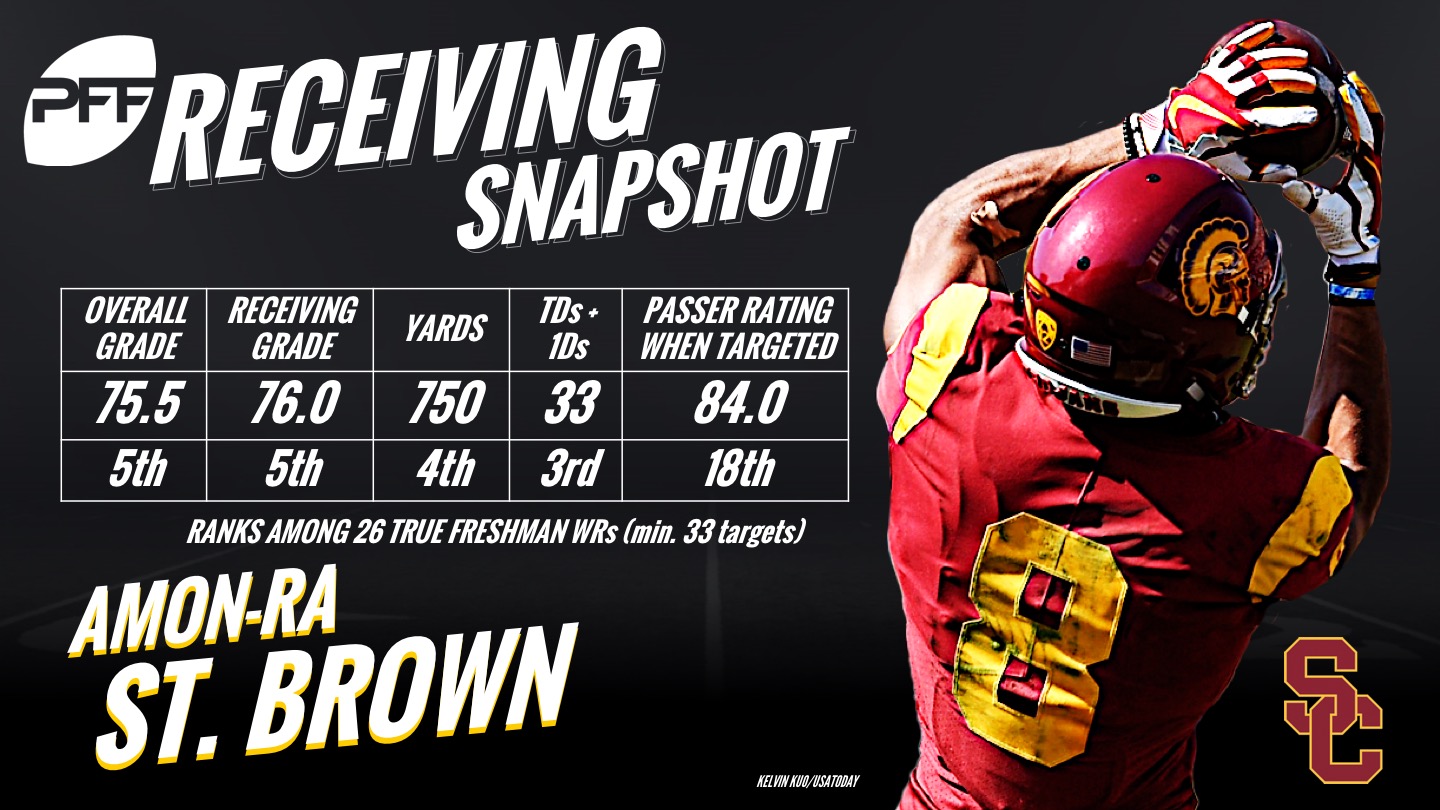 St. Brown had his struggles in 2018 along with the rest of the Trojans but the connection from fellow true freshman and high school teammate in QB J.T. Daniels was apparent. St. Brown hauled in 30 first-down receptions in addition to his three touchdowns, meaning half of his receptions moved the chains.