Oct 6, 2018; Gainesville, FL, USA; Florida Gators defensive back Brad Stewart Jr. (2) intercepted the ball and runs it back for a touchdown against the LSU Tigers during the second half at Ben Hill Griffin Stadium. Mandatory Credit: Kim Klement-USA TODAY Sports

A classic SEC back-and-forth battle came down the wire with Florida edging out LSU, 27-19. Both teams came into the game as two of the biggest surprises in the nation to this point and Florida’s defense was too much to handle down the stretch for LSU.

Safety Brad Stewart had the key pick-6 late in the fourth quarter, adding to his team-leading 90.8 coverage grade that now ranks third in the nation. Stewart also added a pass breakup on his other target. 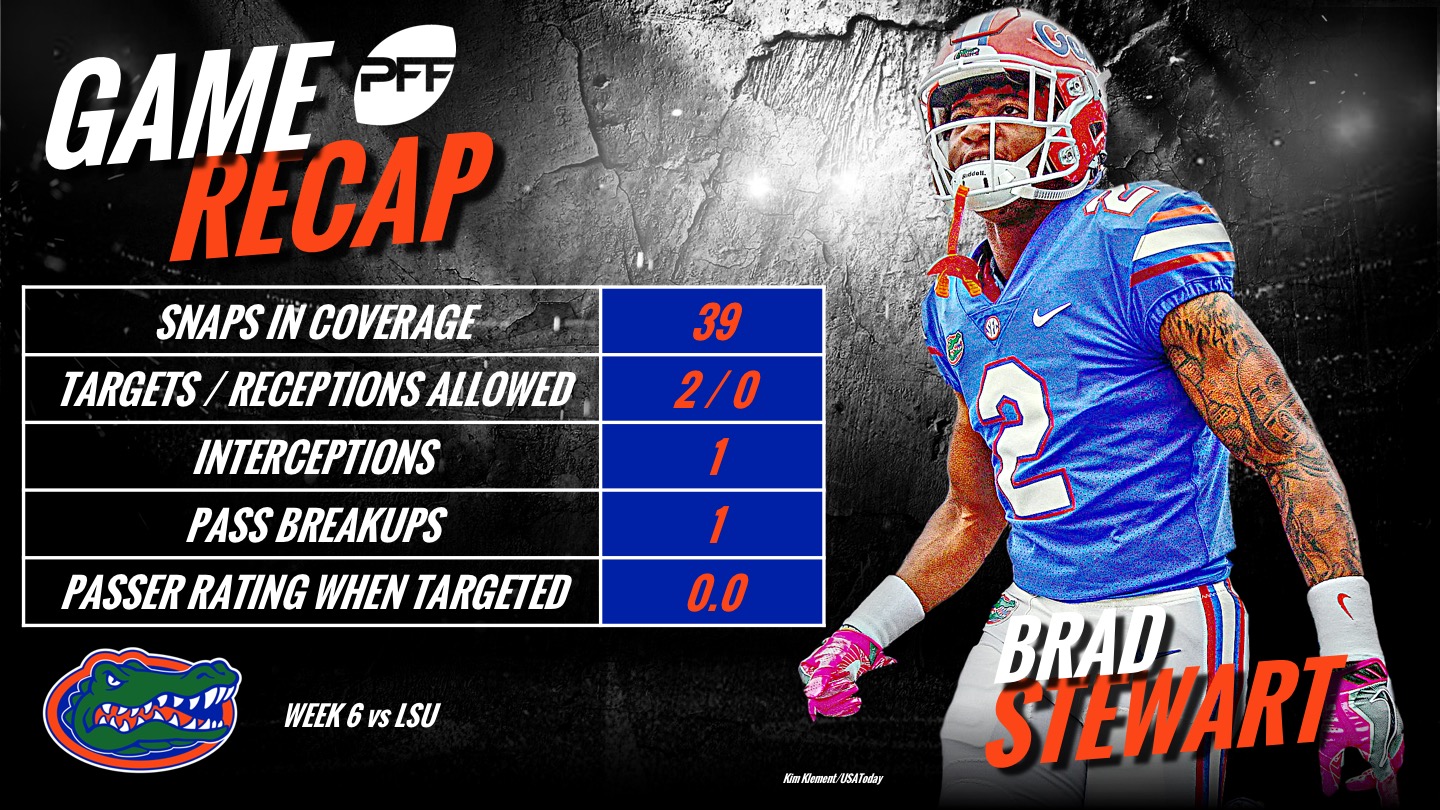 The other big story for Florida was their defensive front, led by Jachai Polite who finished with two sacks, one QB hit and one hurry on his 39 pass-rushes. Linebacker Vosean Joseph was all over the field with a team-high 11 stops, including two sacks, on his 76 snaps. Fellow linebacker David Reese had the top grade against the run at 81.9 as he finished with six stops of his own. 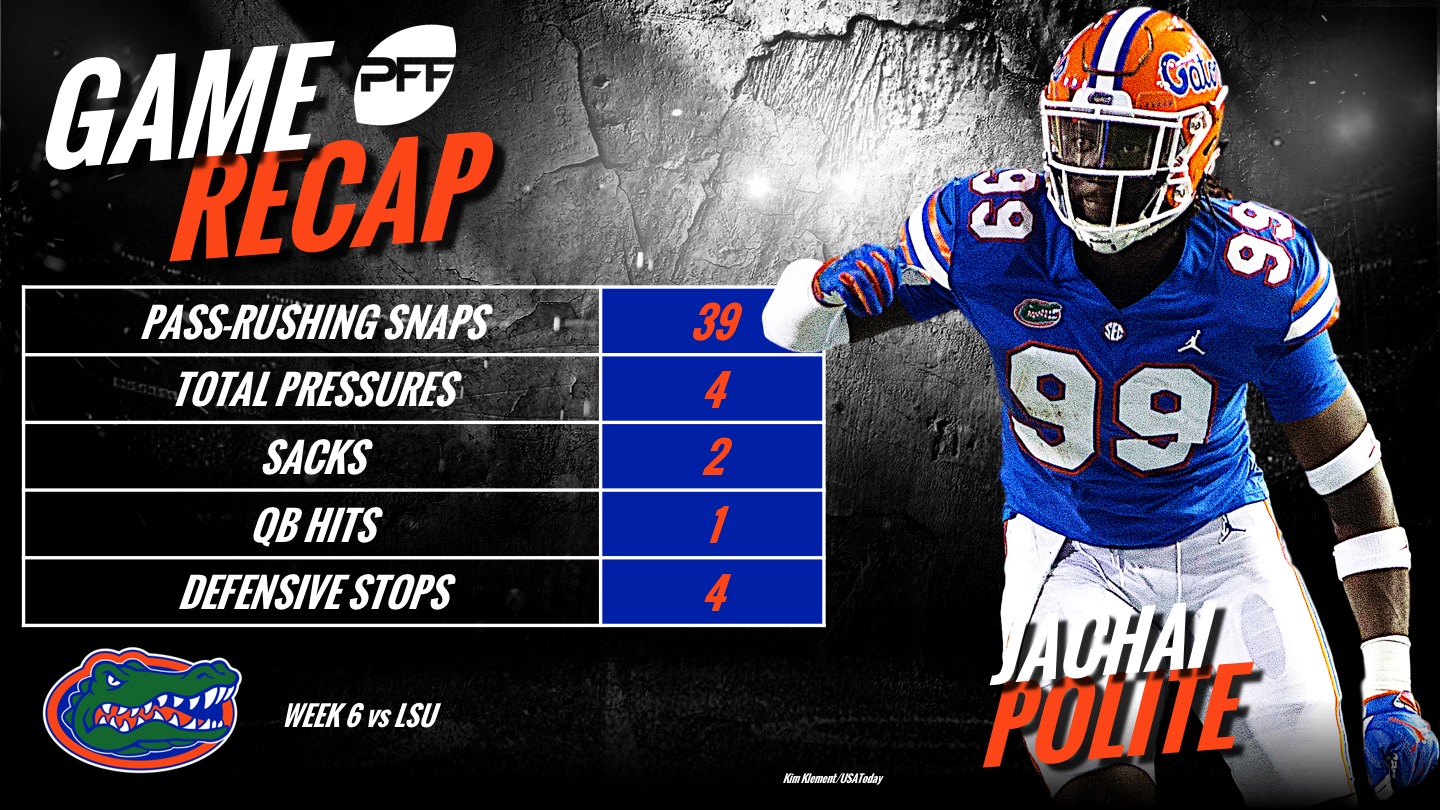 Offensively, it was one of the best games of QB Feleipe Franks’ career at 79.2 overall. He was excellent throwing the ball down the field as he went 3-for-6 for 110 yards and a 91.2 grade on 20-plus yard throws. WR Josh Hammond caught all three of his targets for 85 yards while running back Jordan Scarlett had a number of tough runs as he picked up 65 yards on 14 carries, but he had 66 yards after contact (yes, he created those yards on his own). Scarlett forced five missed tackles as a runner.

On the other side, this was the lowest-graded game of LSU QB Joe Burrow’s season, but he still made a number of big throws down the stretch. However, his pick-6 to Stewart all but sealed this one for Florida. Running back Clyde Edwards-Helaire forced seven missed tackles on his 13 carries while RB Nick Brossette averaged 5.0 yards after contact per rush on his 14 attempts.

Defensively, LB Devin White posted the top grade for LSU at 78.6 as he finished with five stops and two QB hits. Edge rusher Michael Divinity Jr. had his best game of the season with six total pressures (three QB hits, three hurries) on 23 rushes to go with strong work in the run game.

Safety Grant Delpit continues to find the ball and he picked off the only pass thrown into his coverage on his way to a 75.7 overall grade.