College Football Playoff – 10 key stats that could determine the outcome

The College Football Playoff is almost upon us as Alabama, Clemson, Notre Dame and Oklahoma will fight it out in a four-team playoff to be crowned the National Champion of the 2018-19 college football season. While we here at Pro Football Focus have documented the win probability for each team, today we looked through the bevy of our data from grading every player on every play of every game this season across all FBS and pulled out 10 key advanced statistics that could determine the outcome of not only the semifinal matchups, but the national championship itself.

– Alabama QB Tua Tagovailoa (147.9) and Oklahoma QB Kyler Murray (147.2) recorded the two highest passer ratings of any quarterbacks in the PFF College era from a clean pocket (minimum 200 clean dropbacks). The only other quarterback to record a clean-pocket passer rating greater than 140.0 since 2014 was Baker Mayfield in 2017 – 143.9). 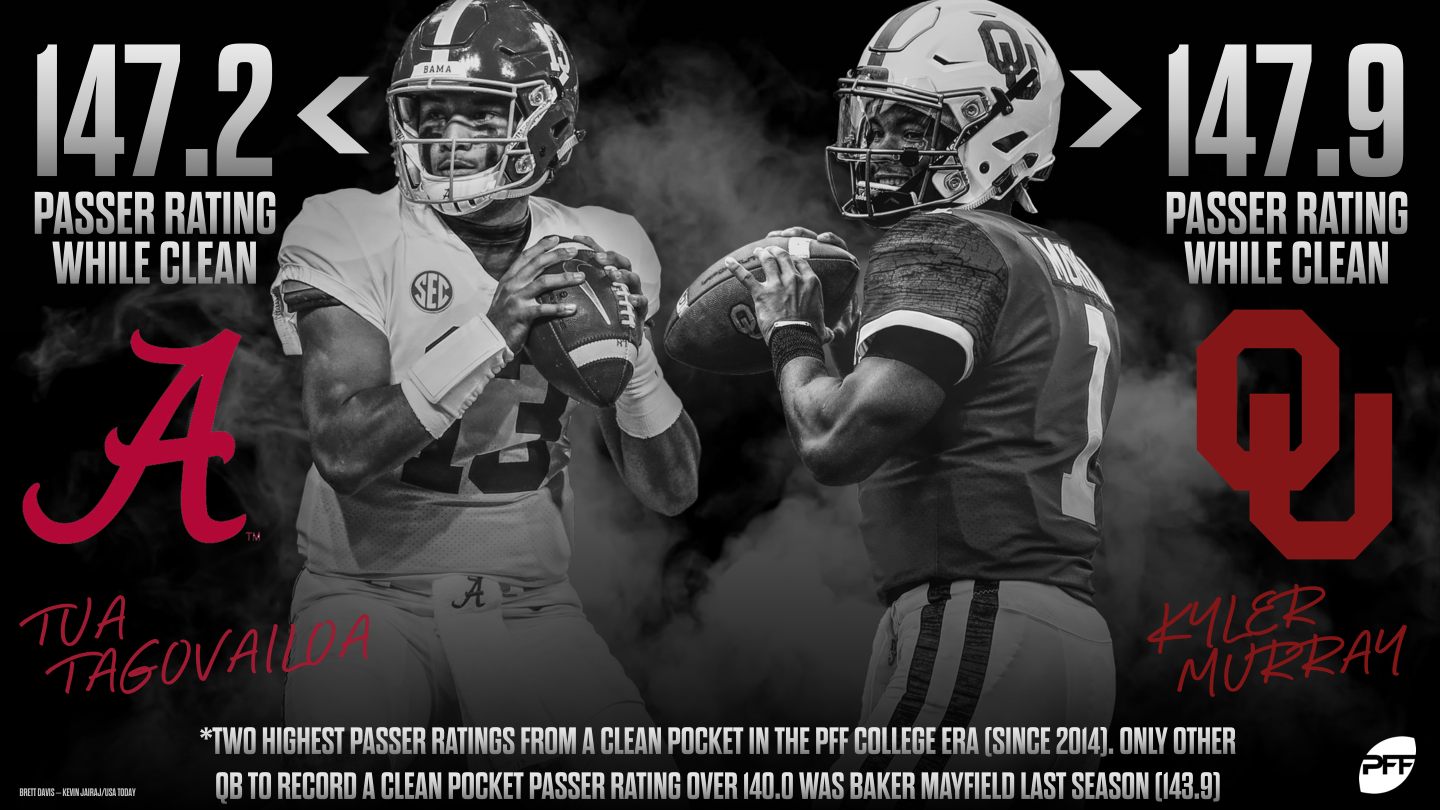 – Clemson relies heavily on run-pass options with the second-most RPOs of any FBS school (390 behind only Wake Forest at 461). They are particularly effective running the ball out of the RPO, averaging 7.7 yards per attempt, which ranks among the top five teams in the country. No running back has more yards than Travis Etienne’s 835 yards on run-pass options. 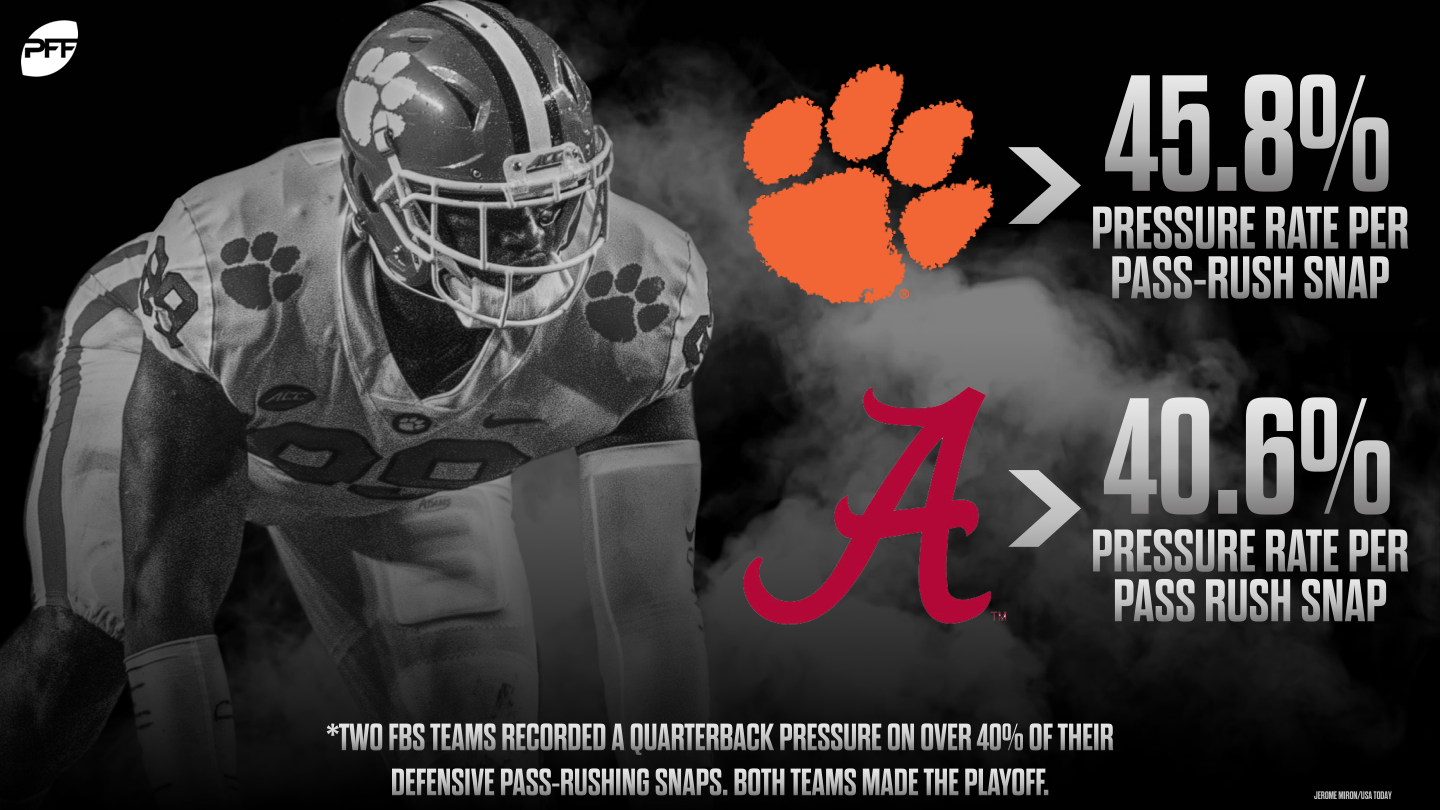 – Julian Okwara has 35 pressures on 3rd and 4th down this season. That is five more than any other defender at any position. 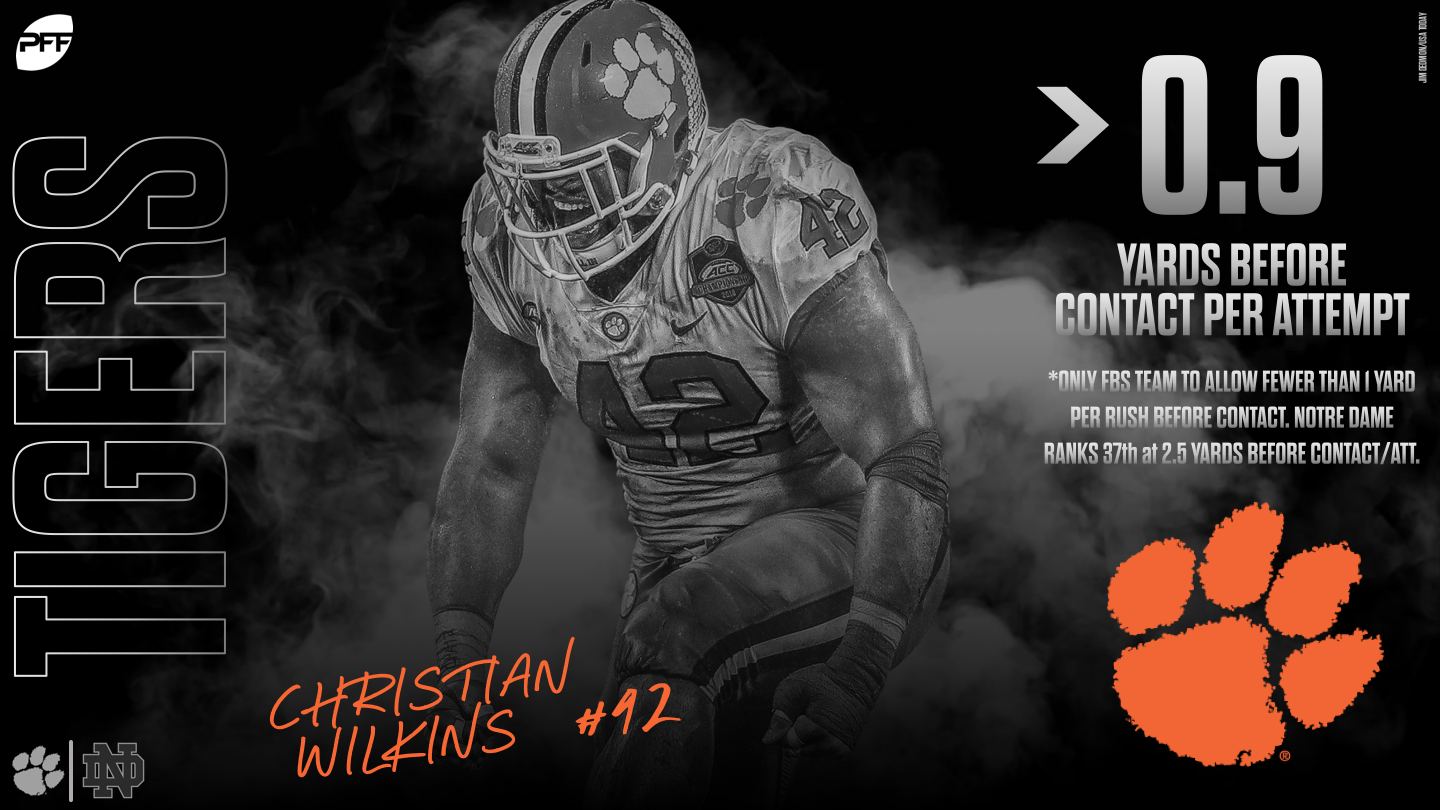 – Isaiah Buggs has been racking up sacks at an unsustainable pace this season. He has 12 sacks on the year despite having a pass-rush win rate below 10.0%. He is the only player to do that prior to the bowl games since 2014. 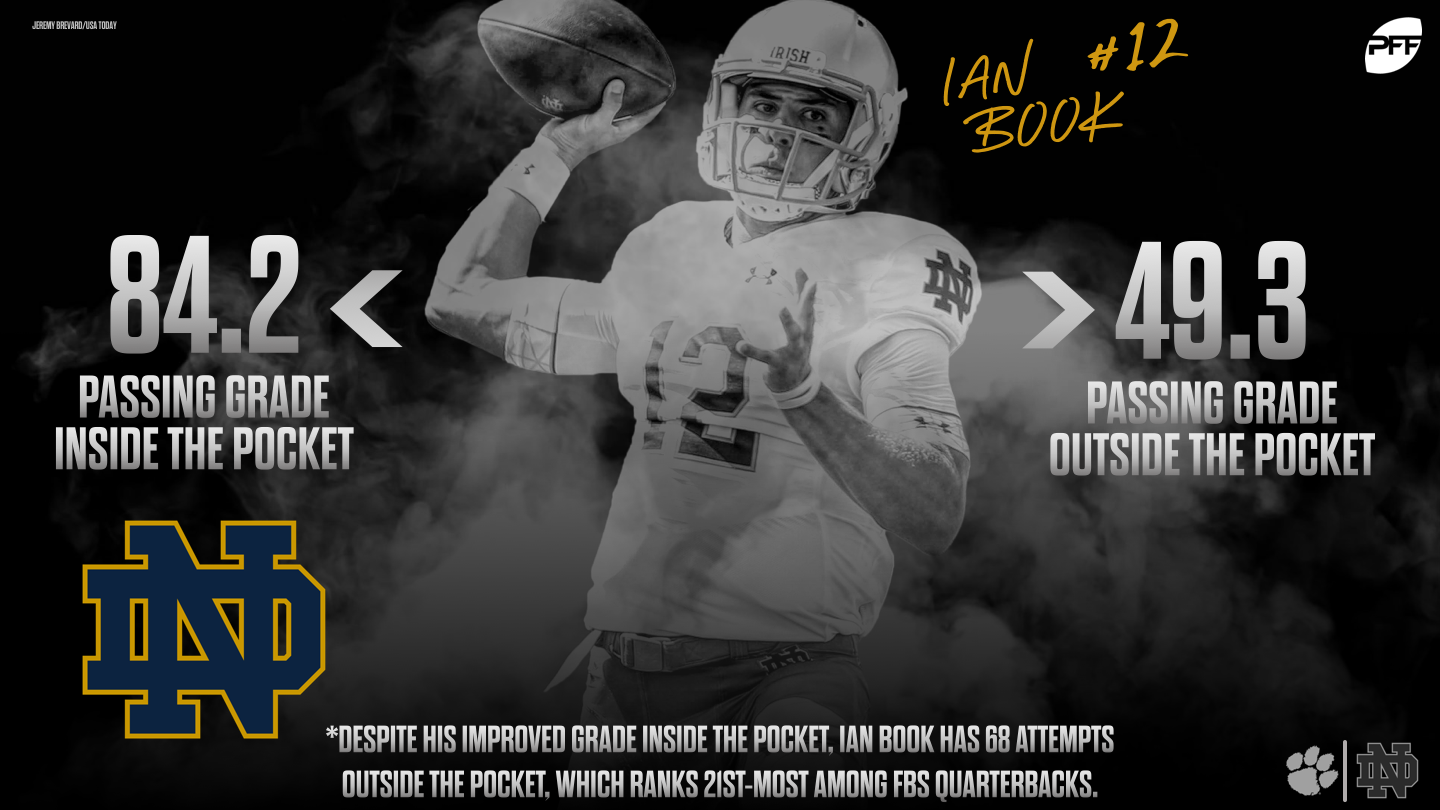 – Trevor Lawrence gets rid of the football quicker than nearly any other quarterback. His average time to throw of just 2.19 seconds is the second fastest of any Power-5 quarterback with 200 or more dropbacks. Over two-thirds of his dropbacks have been unleashed in 2.5 seconds or less, a number that leads all Power-5 quarterbacks. 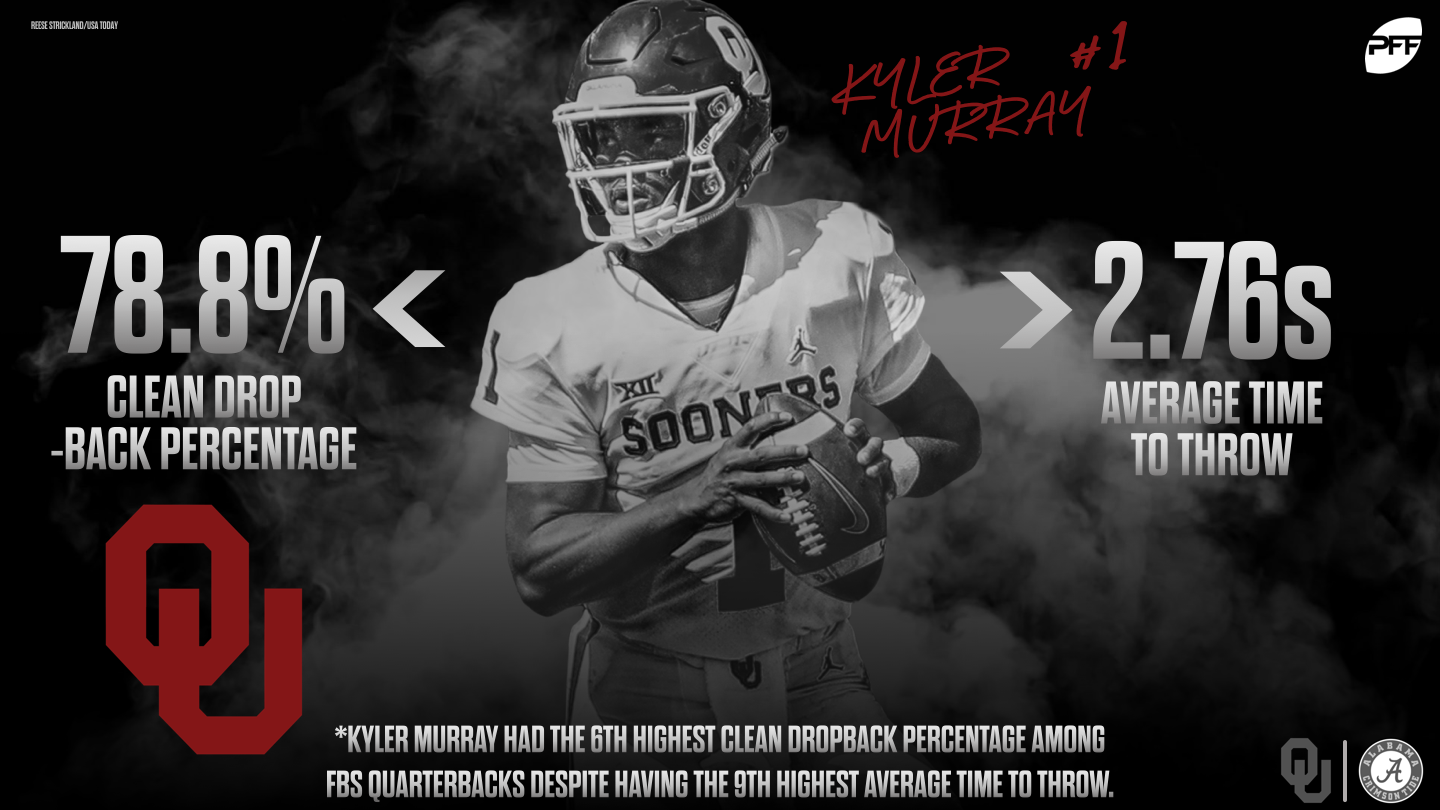