After grading and analyzing every player on every play of every game during the 2018 college football season, it’s time we unveil the 2019 Preseason PFF All-Sun Belt first team, second team and honorable mention for every position on offense and defense as well as for the first time ever, specialists.

The Preseason All-Sun Belt list may differ a bit from any year-end look back at the previous season as we project to the 2019 season ahead of us. Find out which of these athletes made the PFF All-American team as well. 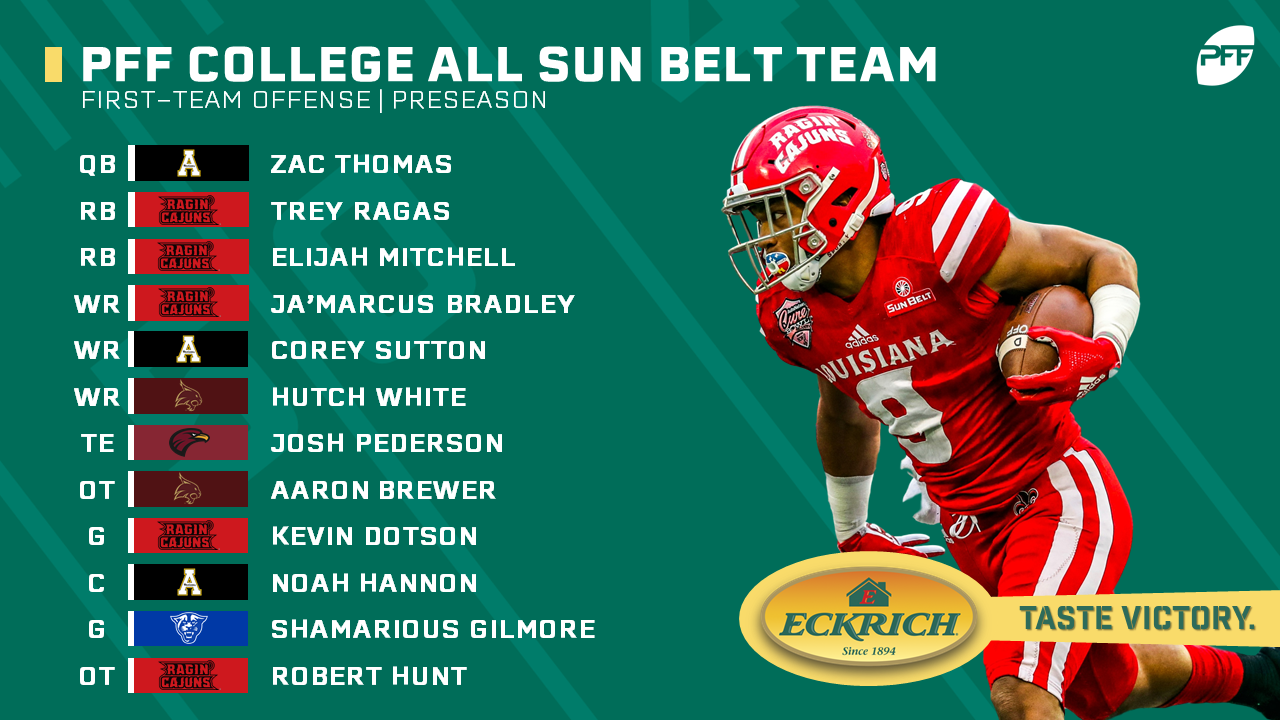 Louisiana's 1-2 punch at running back rivals the country's best and headline the offensive selections on the Sun Belt team. The Ragin' Cajuns return key players across the board but the conference's top quarterback spot belongs to App State's Zac Thomas. First-Team All-American Kindle Vildor highlights the defensive side of the ball in the Sun Belt. 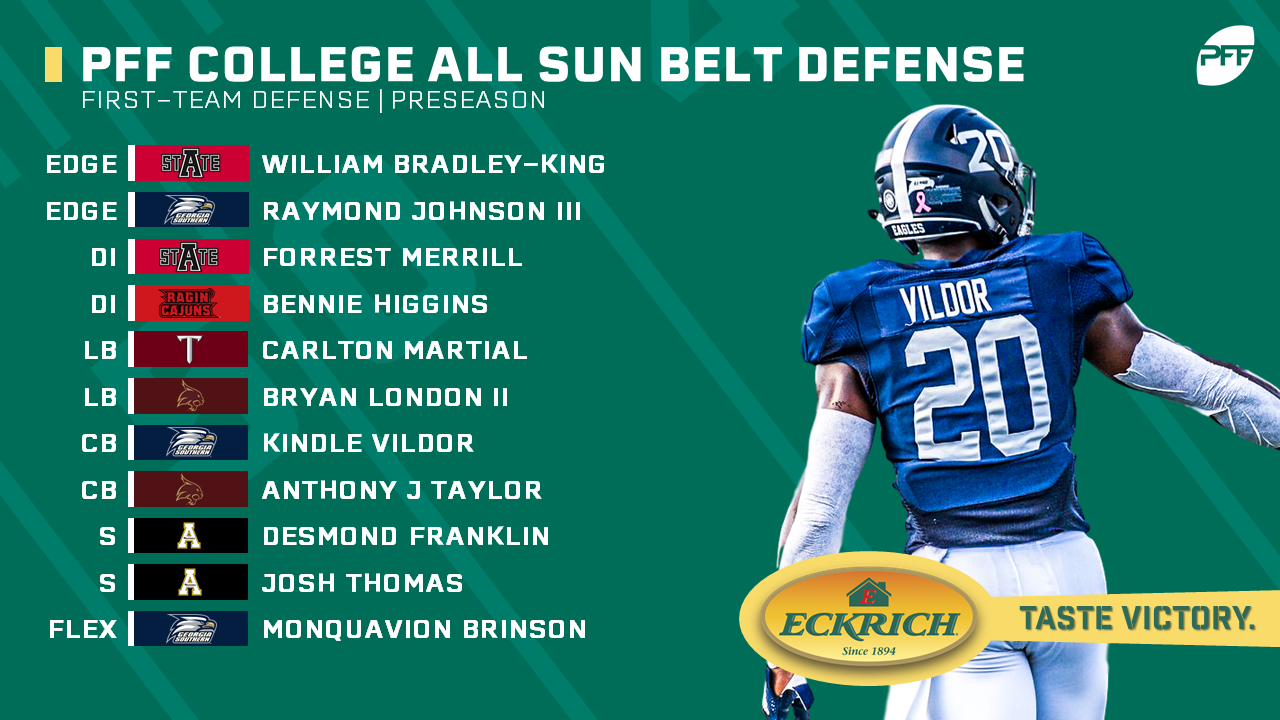