After grading and analyzing every player on every play of every game during the 2018 college football season, it’s time we unveil the 2019 Preseason PFF All-C-USA first team, second team and honorable mention for every position on offense and defense as well as for the first time ever, specialists.

The Preseason All-C-USA list may differ a bit from any year-end look back at the previous season as we project to the 2019 season ahead of us. Find out which of these athletes made the PFF All-American team as well. 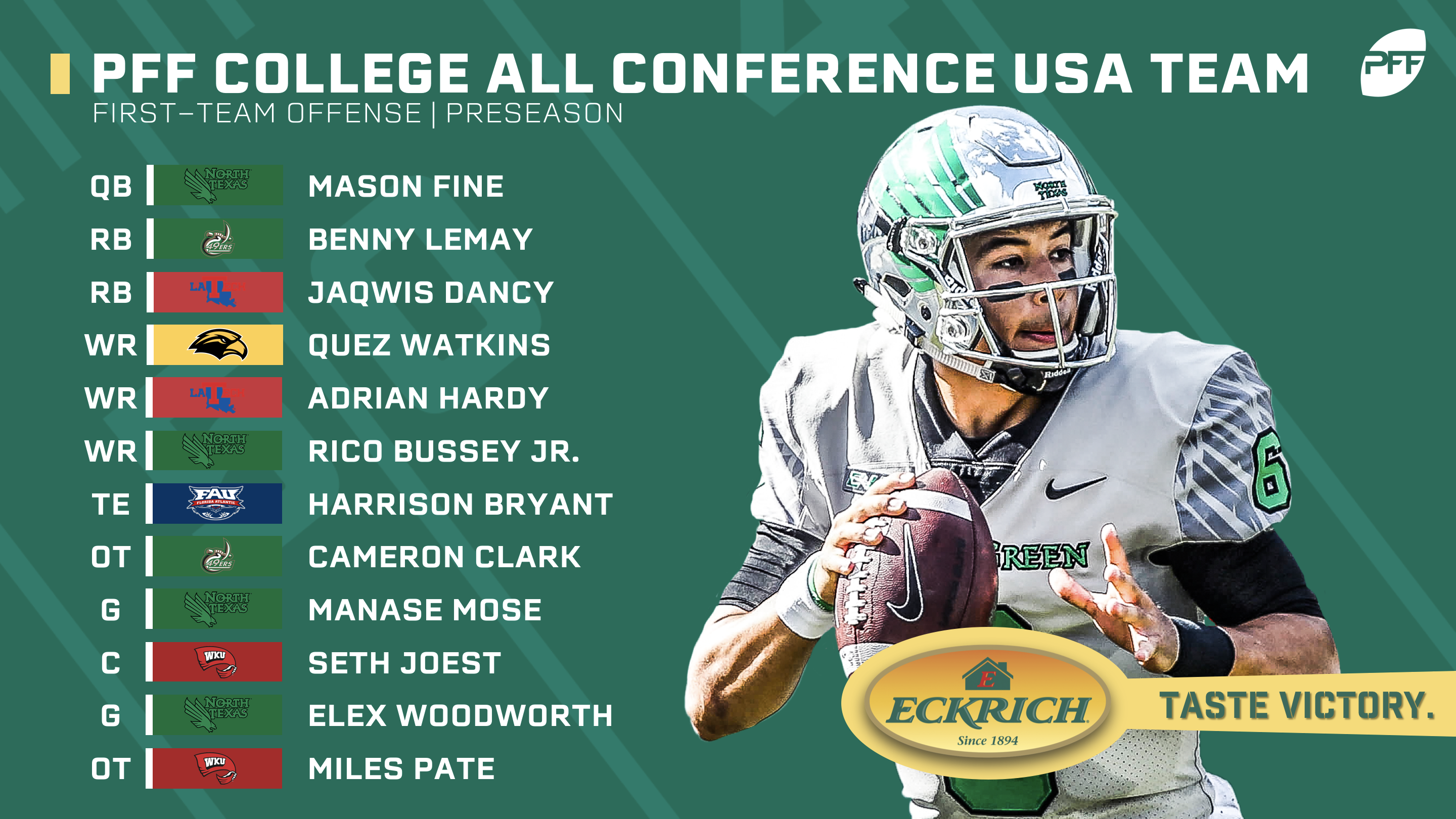 The first-team offense for the Conference-USA is headlined by Mason Fine, our No. 5 overall quarterback in the country to start the year. There are some talented guys across the board, including skillplayers and some stout defensive backs that should keep this season's C-USA slate competitive. 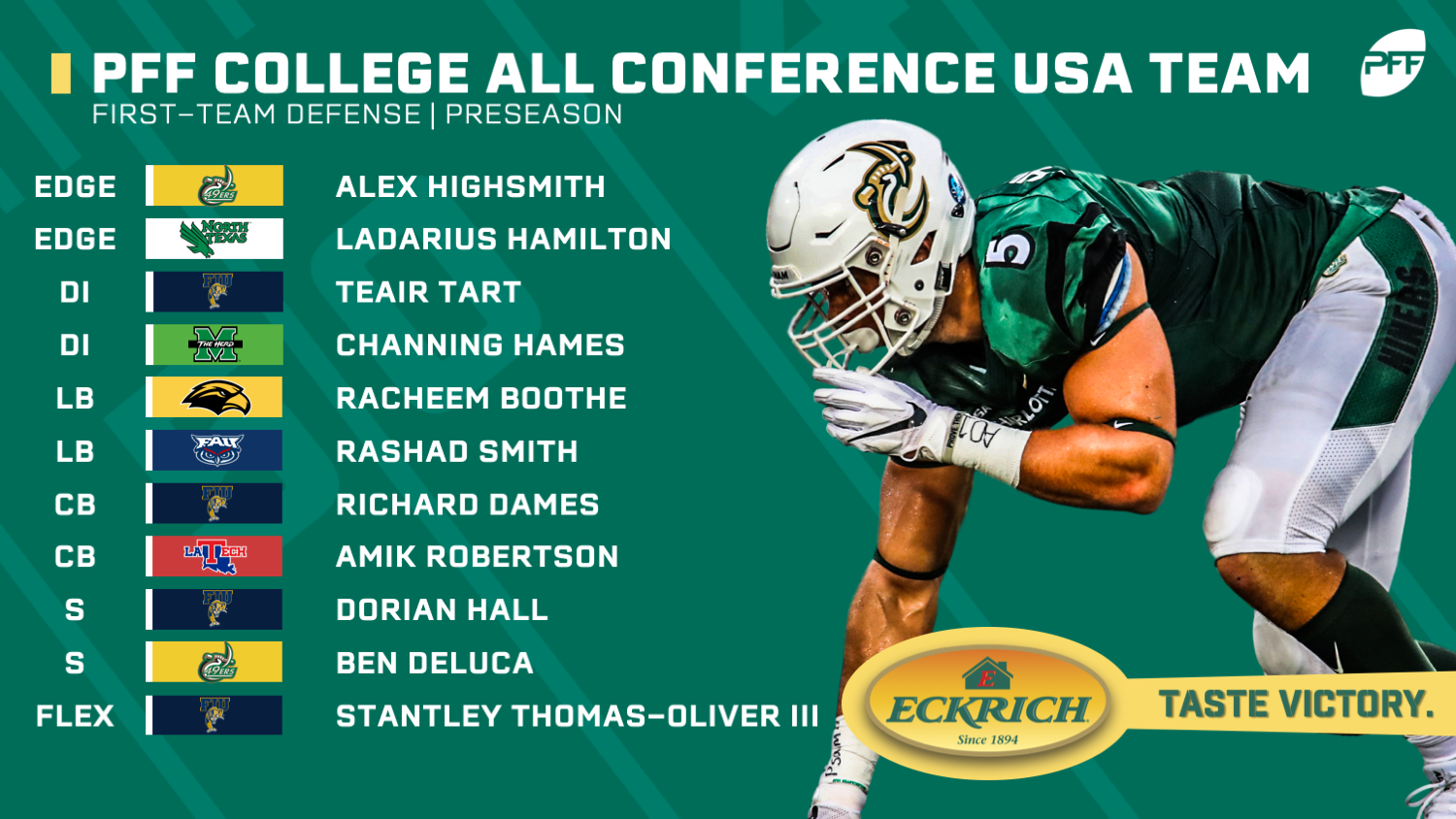