The 2019 season begins this weekend and with that, the full set of 2018 data officially becomes history. We look ahead towards the top-graded players returning in each conference, keeping things going with the Sun Belt. 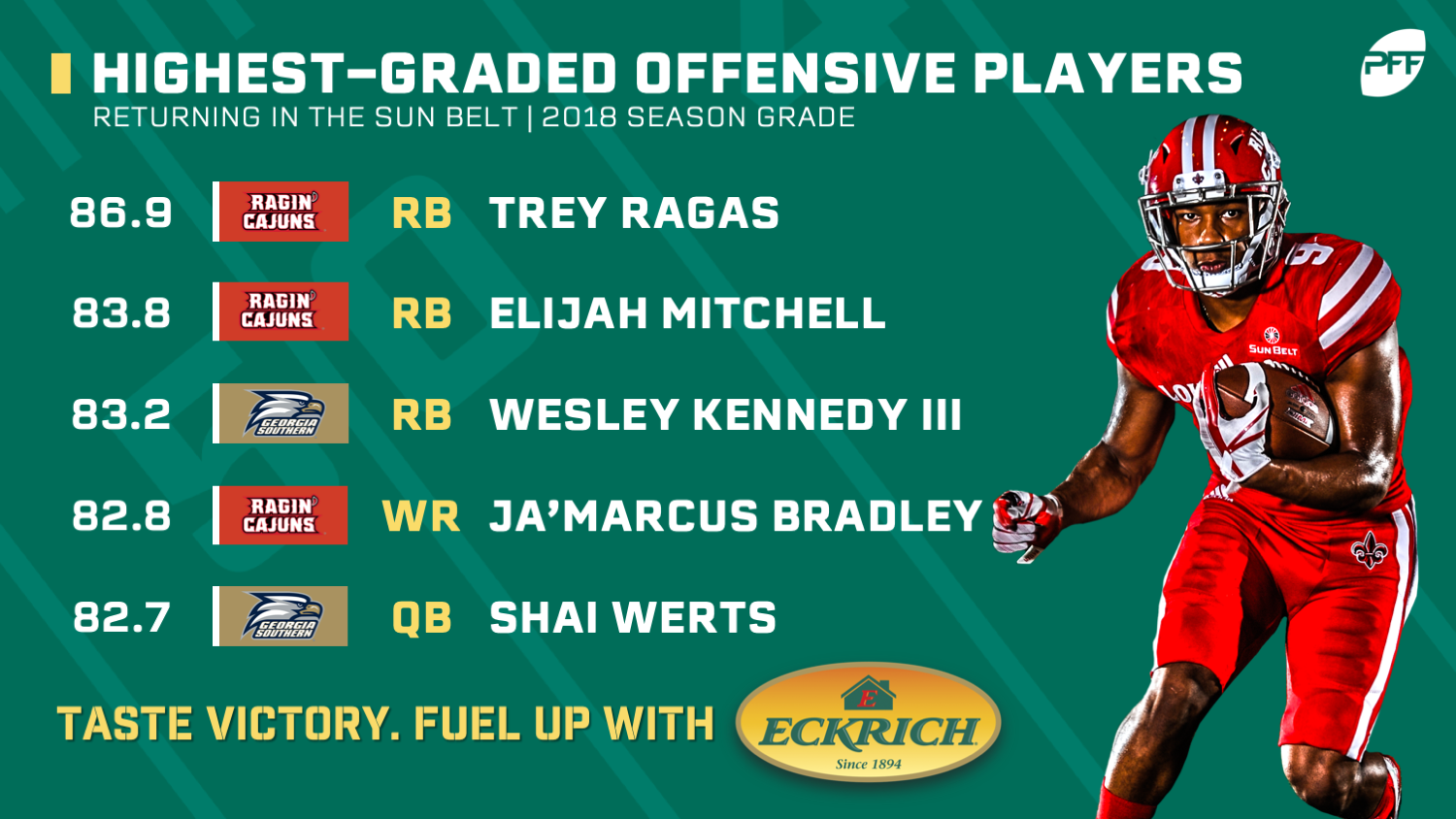 Werts will start the season after an offseason full of distractions as the top-graded quarterback in the conference from a year ago. Thomas is as accurate as they come in the Sun Belt while Lewis was awesome with his limited snaps last year.

The Ragin' Cajuns truly have one of not only the Sun Belt's best but one of the nation's top running back duos in Ragas and Mitchell while Calais also ran the ball for 743 yards including the long run in the conference last year at 92 yards. Ragas forced 55 missed tackles a year ago to lead the conference.

Bradley tops the ranks after hauling in 40 catches for 608 yards that including 10 touchdowns and 20 more first-down receptions. Sutton is the returning leader in yards as he saw a ridiculously-high 122.4 passer rating when targeted.

No returning tight end returns with more than 208 yards or more than 24 targeted passes their way from last season. Likely secured 80.0% of the passes thrown his way last year and a conference-high five touchdowns.

Reynolds allowed the fewest pressures among this group while Hannon's 75.2 run-blocking grade was the highest among returning centers by a long shot in the conference. 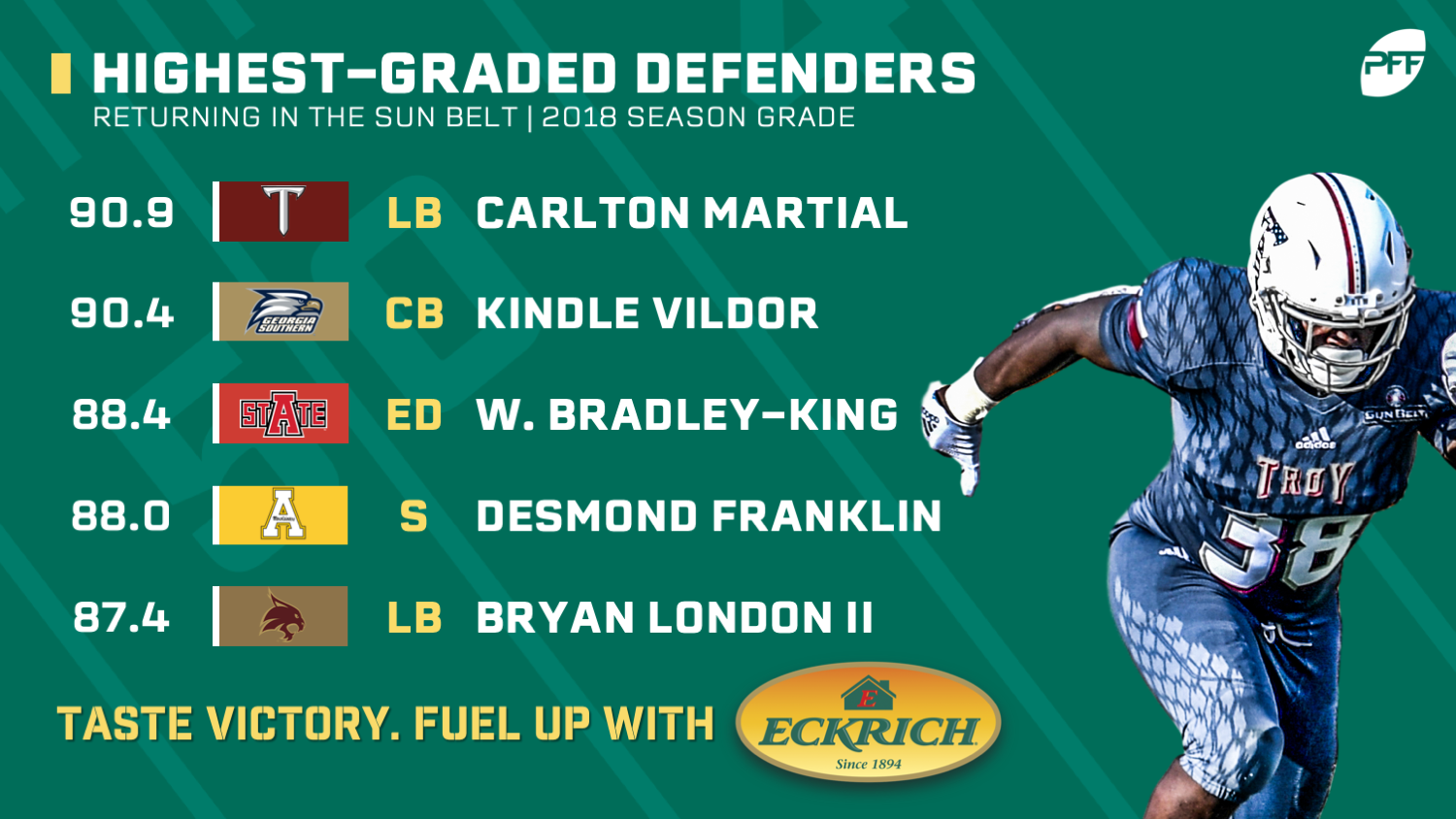 Bradley-King is an incredible pass-rusher, recording 32 pressures on just 189 pass-rushes. He made a combined 14 sacks+hits while Johnson returns with 24 defensive stops and just five missed tackles on his combined 39 tackle attempts last year along the edge.

Martial finished with the conference's top overall and top run-defense grade, finishing with 17 pressures on just 63 snaps. He made 39 defensive stops and missed just six of his combined 67 tackle attempts last year, rounding out his overall game.

Vildor is an All-American in our books as his prowess in coverage has not gone unnoticed. He allowed just 56.9% of his targeted passes to be caught, limited quarterbacks to a 52.5 passer rating and came away with 10 combined plays on the ball last season. Brinson has done it year in and year out for the Eagles and last season was no different.

Franklin and Thomas form quite the duo as Franklin leads all returning safeties in coverage grade in the conference while Thomas' all-around grades warrant his place near the top of this list. Franklin saw just 16 targets as the primary coverage defender last season but came away with four interceptions and four more pass breakups.