Oct 6, 2018; Ann Arbor, MI, USA; Michigan Wolverines defensive back Brandon Watson (28) is congratulated by teammates after making an interception for a touchdown in the second half at Michigan Stadium. Mandatory Credit: Rick Osentoski-USA TODAY Sports

Heading into the final month of the 2018 regular season, the Michigan Wolverines have put together one of the more impressive years not only in the Big Ten, but across the nation, and are within striking distance of the College Football Playoff. 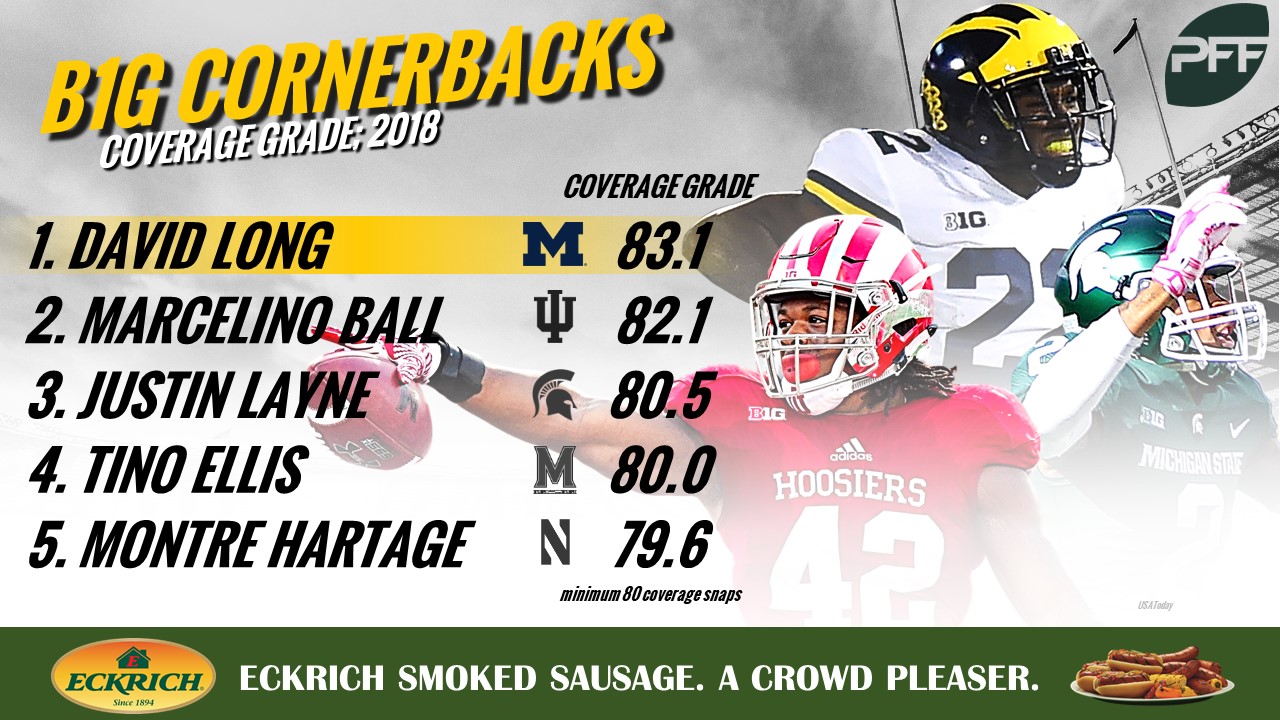 Neither Watson nor Long has allowed a touchdown through the air in eight games this season and Long’s coverage grade of 83.1 is highest among Big Ten cornerbacks. He's hit his stride as of late as Long's two best games have come in the last two outings against Wisconsin and Michigan State, respectively.

Over the past two games, Long has been targeted 13 times and allowed only two catches for 12 yards. Impressively enough, those two receptions bring his total allowed up to just six receptions for 32 yards for the whole season.

In fact, Long now allows just 0.17 yards per snap he spends in coverage, by far the lowest figure among the Power-5 cornerbacks this season. 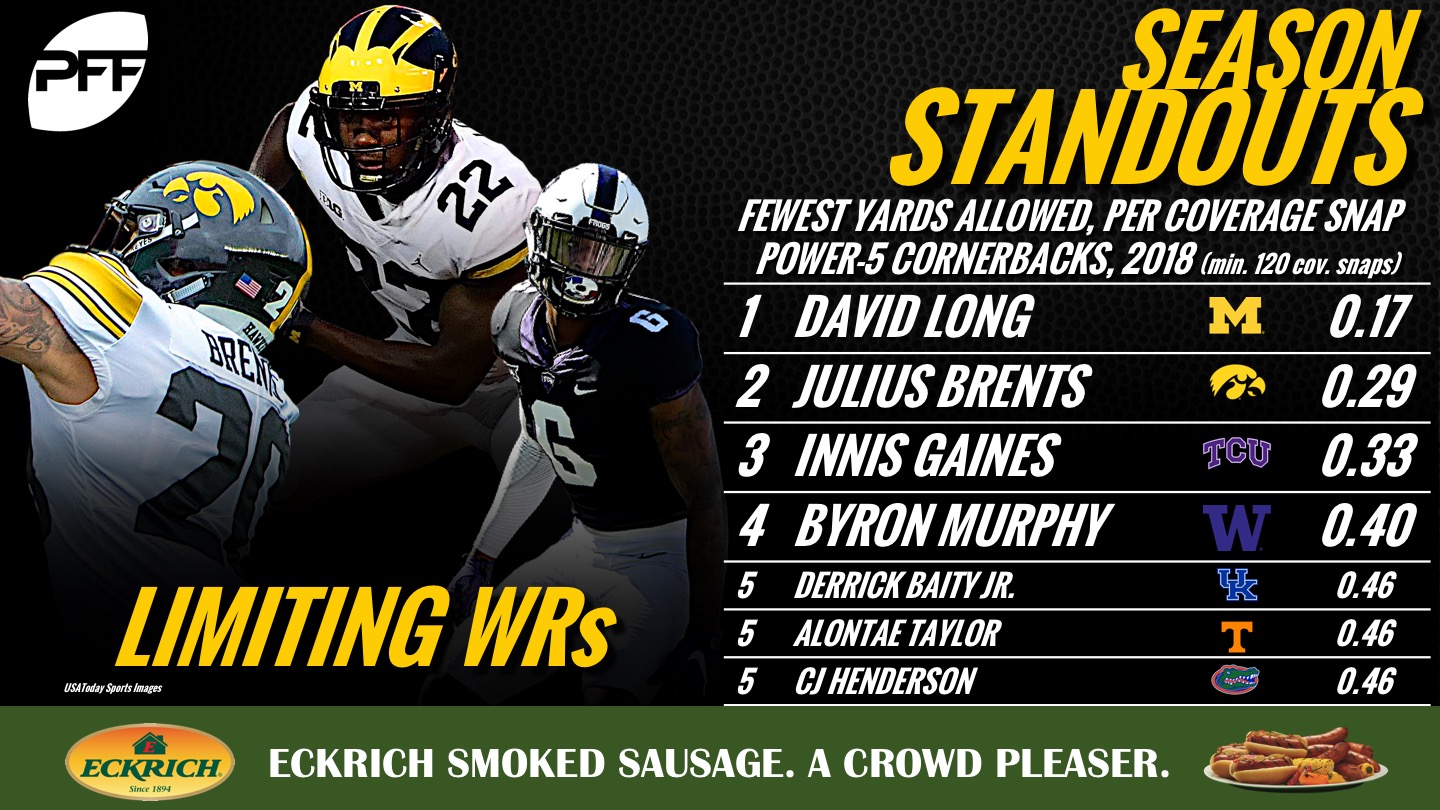 Watson has been nearly as impressive. His 26.2 passer rating when targeted is tied for  10th in the country among corners. The fifth-year senior has an overall coverage grade of 78.9 on the season and is only allowing 38.7% of passes to be completed against him. He also has added two interceptions and three pass breakups this season. Perhaps even stronger in run defense, Watson's tackling grade of 90.0  is tied for eighth in the country among defensive backs and is far and away the best on the team.

As good as this cornerback duo is, they aren’t doing it alone though.

As a defense, Michigan has only allowed five passing touchdowns through eight games this year and have brought in seven interceptions. Three of those passing touchdowns came in one game against SMU and only one touchdown has been credited against a cornerback. In fact, the Wolverines have held teams to 100 yards or less through the air in five out of their eight games this season including their last three.

Starting safety Josh Metellus leads the team with three interceptions and has allowed only eight receptions on 25 targets. Even though it’s not the best metric when looking at a safety’s coverage ability, Metellus’ 5.8 passer rating when targeted is eye-popping. That number is the best in the country for safeties with a minimum of 100 snaps in coverage. Included with that is Metellus' skills in slot coverage as he's spent 72 snaps in coverage as a slot defender and sees a passer rating of just 6.8 when targeted from inside.

The Wolverines face their toughest test of the season this coming weekend as they face Trace McSorley, the highest-graded quarterback in the Big Ten with his overall grade of 86.9.