In a prime example of Murphy's Law, the Clemson Tigers were forced to turn to their backup quarterback in their come-from-behind victory over Syracuse, 27-23. Just days after Kelly Bryant announced he would transfer from Clemson with Trevor Lawrence being named the starting quarterback, Lawrence was knocked out of the game after a hit on the sidelines, forcing Chase Brice into action in a spot where head coach Dabo Swinney would have surely turned to Bryant.

Attempting just eight passes prior to the game, Brice entered the game wildly inexperienced and down points to the Orange. In doing so, the Clemson offense was paced by running back Travis Etienne, who turned 27 carries into 201 yards and three touchdowns, including the game-winner with less than a minute to go. 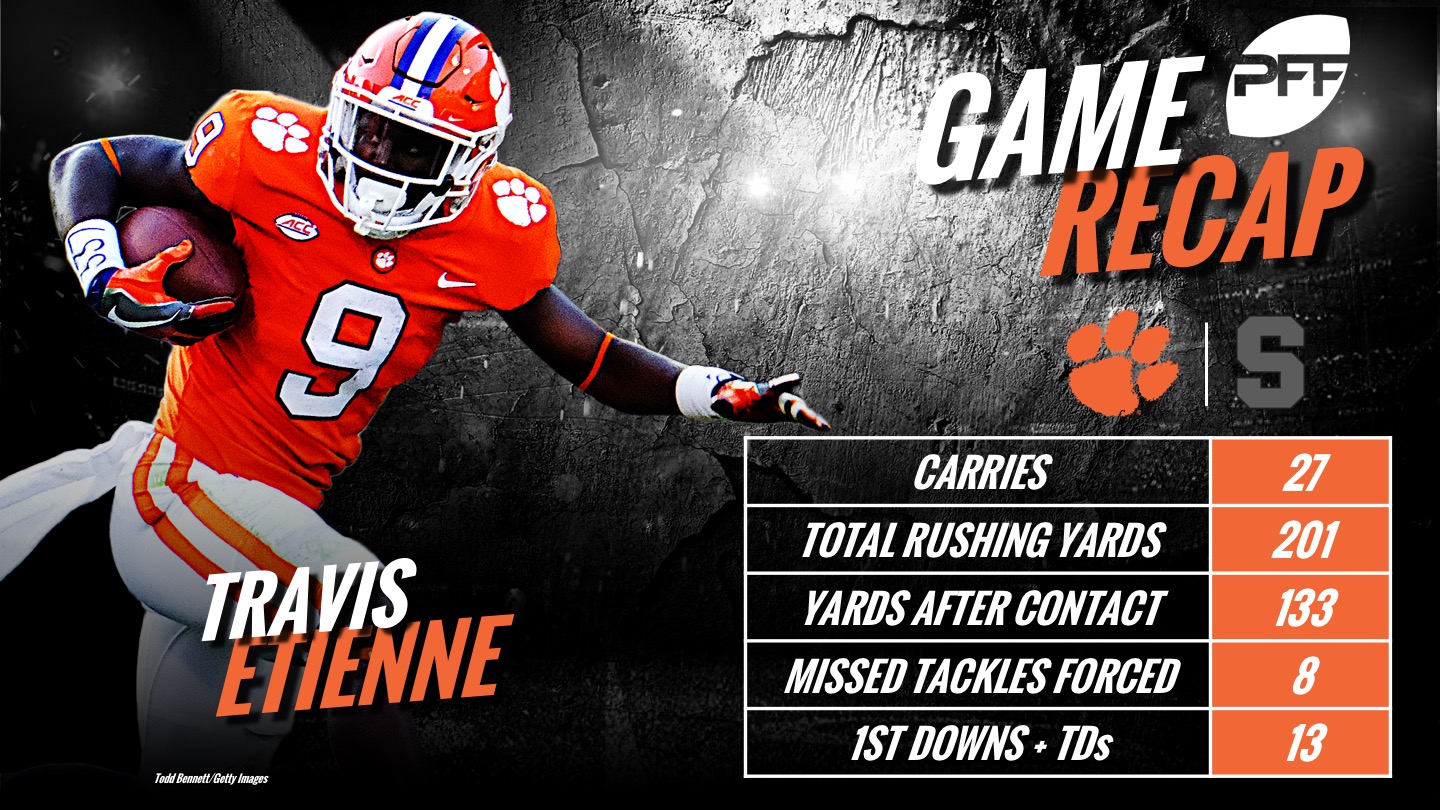 Etienne ran for an additional 10 first downs on his carries, gaining 133 of his yards after first contact. Adam Choice chipped in with 59 yards of his own while Tavien Feaster ran for another 44 yards as Clemson ran for 328 total rushing yards.

Brice wasn't tasked with much in his first extensive action, throwing the ball just 14 times. He completed nine passes for 86 yards and saved his best play for the game-winning drive where he took off on a well-executed read-option carry and connected with WR Tee Higgins for one of his four first-down throws on a third down. Brice's work on the final, game-winning drive set Etienne up for the score as Clemson completed the comeback.

On defense, the Tigers clamped the door on Syracuse when they needed to most, picking up the slack for their young signal-caller. Tre Lamar led the unit with an 81.4 overall grade, registering four defensive stops, two hurries on just five pass-rushing snaps and allowed no yards on his 29 snaps in coverage. CB A.J. Terrell recorded an interception on his team-high eight targeted passes in coverage, leading the team with his 83.6 coverage grade. 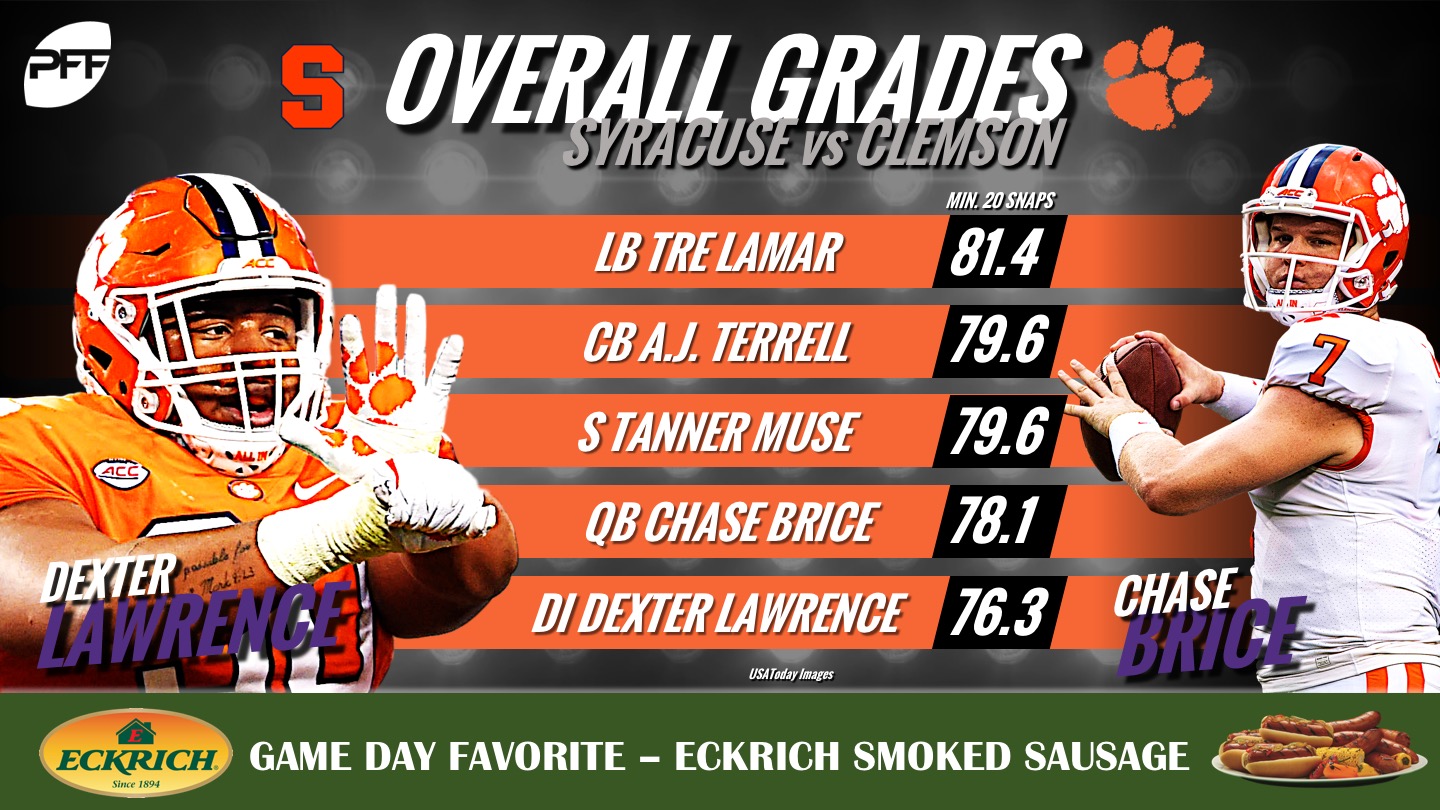 The Clemson defensive line also had their hands in the game, clinching the win with multiple pressures and a sack on Syracuse's final drive with under a minute left to play. Xavier Thomas timed a snap perfectly on the final drive to register Clemson's lone sack while Dexter Lawrence, Clelin Ferrell and Christian Wilkins recorded a combined 10 pressures in the game.

How long the Tigers will be without Lawrence at quarterback is still a question as they stare down next week's matchup with Wake Forest. One thing is for sure, however, if they can ride a strong rushing performance from Etienne and the running backs like they did today, their defense is certainly strong enough to keep them in any contest, no matter the quarterback.