We've recently talked on the site about the top receiver unit, a unit that belongs to Alabama as we head into the 2019 season. During that research, the PFF vault opened up the doors on several other interesting players that dominated the action in many different scenarios a season ago.

Utilizing our player grades on every play of every game at the FBS level, we dive back into the PFF vault to take a look at the top returning wide receivers in different areas and situations across the field.

Proche leads all returning FBS receivers with 34 receptions on 3rd & 4th down, totaling 26 combined first-down and touchdown receptions on those catches. His 87.4 receiving grade on such targets is good enough for second in the country among all receivers and he gained 130 yards after the catch in the process. 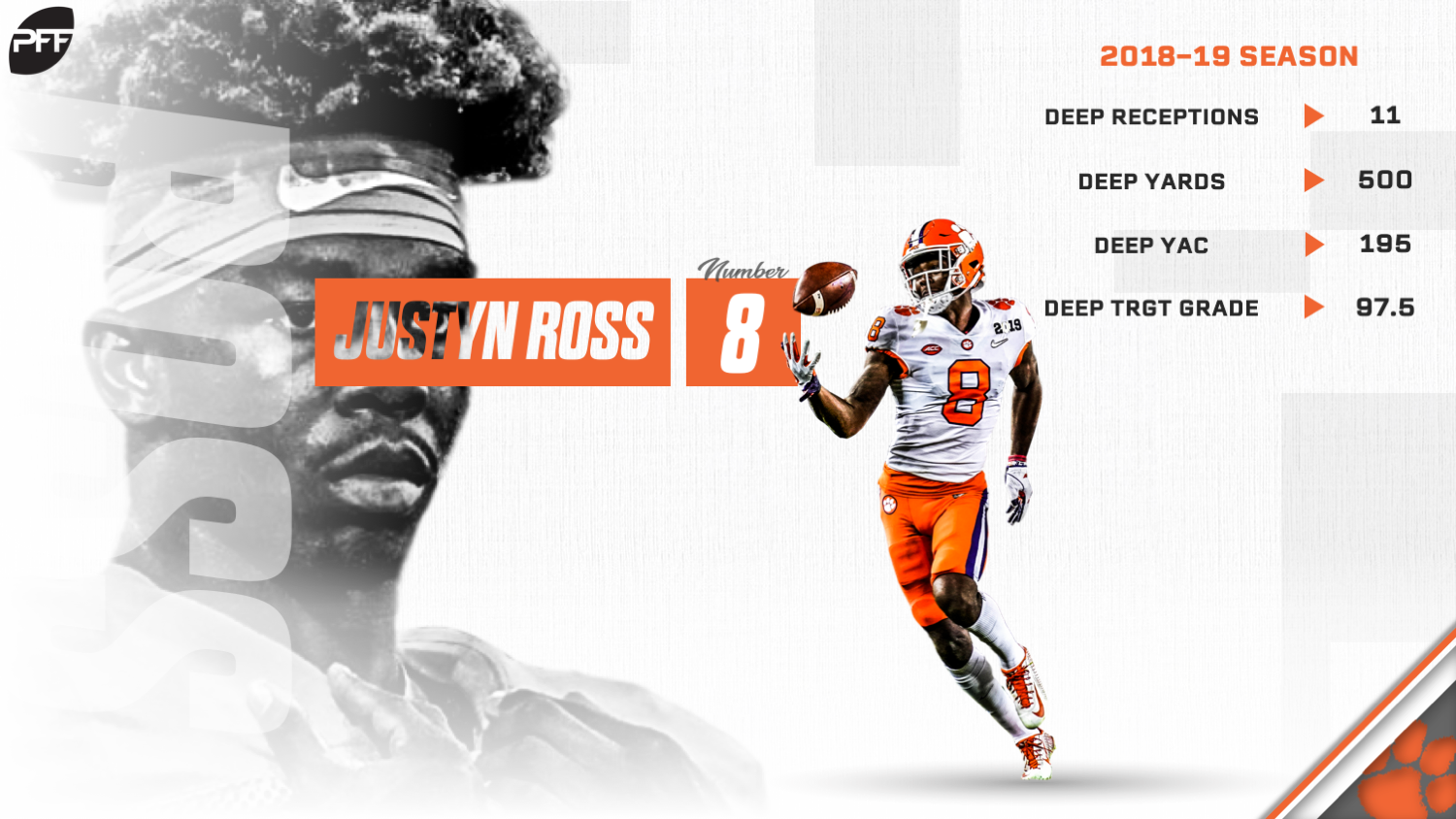 Ross leads the returning FBS receivers in deep receiving grade and saw 16 targets at least 20 yards downfield a season ago with Trevor Lawrence slinging it. Ross came down with 11 receptions on those targets, gaining 500 yards in the process and a national-best 195 yards after the catch. He made getting open on these deep targets look easy but also came down with all three of the contested targets he saw for a 100.0% contested catch rate. Safe to say, he and Lawrence are set up for a big year.

Shiftiest receiver in the open field 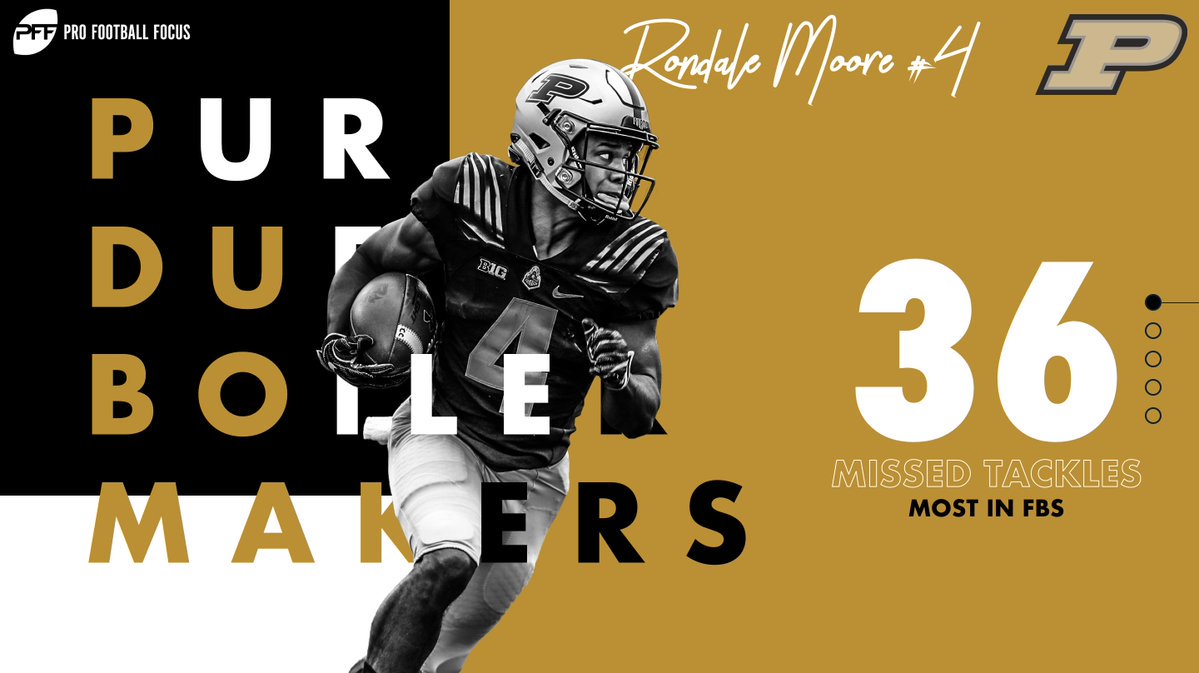 This one wasn't even close. Moore recorded 901 yards after the catch, 253 more than the next closest receiver and forced 36 missed tackles, six more than the next best. He's the nation's returning leader in receiving yards after contact as well as in receptions and third-most in yards. He's an all-around threat with the ball in his hands and should have a dominant year once again.

Johnson returns as the nation's highest-graded receiver in crunch time, seeing 29 targets come his way in the fourth quarter or overtime. He turned those into 16 receptions, three touchdowns and nine additional first-down receptions. What really separated him from the rest of the options here were his hands as he didn't drop a single pass in the fourth quarter or overtime last year. 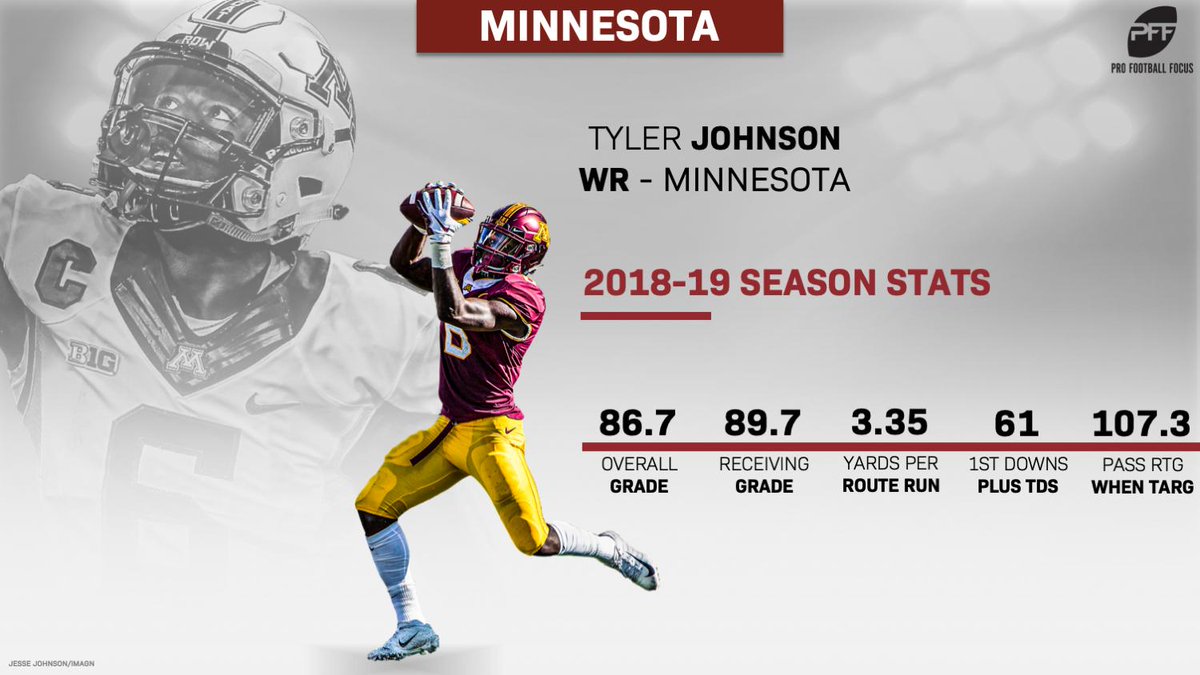 Another category Johnson leads in as we head into 2019 as he leads all returning FBS receivers with 10 touchdowns on red-zone targets. He secured 16 total red-zone receptions and another additional first down. Further separating him from the crowd was the fact that he hauled in five contested catches on seven contested targets inside the opponent's 20-yardline. 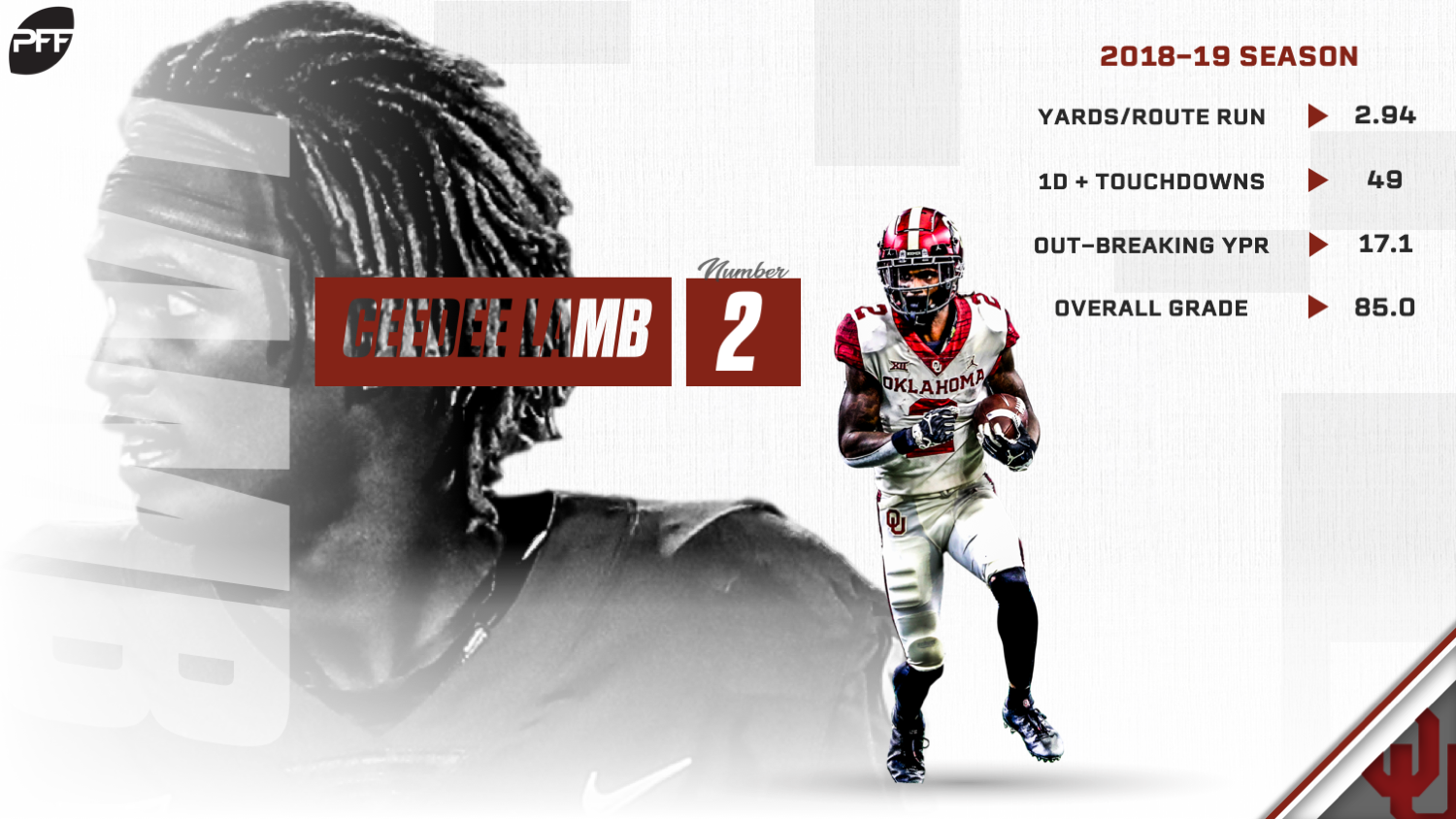 Lamb leads the returning wide receivers in grade on out-breaking routes that include everything from speed outs to deep corners. He hauled in 14-of-15 targets on such throws for 240 yards and his 11 combined first downs and touchdowns ranked tied for ninth in the nation among returners. He brought down three contested catches on those throws and averaged a ridiculous 17.1 yards per reception.

AGG's success along vertical routes is almost video-game-like. He hauled in 24 receptions on these combined routes, nine more than any other returning receiver. His 560 yards on such throws is 118 more than the next closest and 23 of those 24 receptions either moved the chains (13, most) or scored a touchdown (10, most). His 16 contested catches also were nearly double the next closest receiver. He's the cream of the crop when it comes to vertical routes in 2019.