The offensive revolution has hit the SEC, and the results are stunning

The joke is on us. After years of us media people and fans roasting the Big 12 for their perceived lack of defense, the big bad SEC bullies have secretly been adapting the Big 12’s ways for a few years now.

SEC defenses have been reeling to start the 2020 college football season, and it’s becoming fair to ask the question whether the issue in the Big 12 was actually a lack of defense or playing impossible-to-suppress offenses on a week-to-week basis. We’ve been hoodwinked into believing that defense matters independently of the offense on the field, but this just might not be true. As the SEC emerges from the stone age of offensive philosophy, their own defenses — the ones we venerated with their limitless supply of blue-chip recruits — have been left gasping for air.

We at PFF have written a seemingly endless number of words on the benefits of fielding a pass-heavy offense at the professional ranks. And while we believe the running game has much more utility at the college level, the passing game still moves the needle more than anything else.

SEC offenses are finally figuring this out, and it’s something that the Big 12 has been doing for years. In conference games since 2017, Big 12 offenses have thrown the ball on more than 55% of their snaps.

This had not been the case for SEC offenses in conference games going into this season, as pass rates hovered between 49.32% and 51.7% between 2014 and 2018. Last year saw a sizeable increase — there was a 2.27% one-year rise, putting the conference pass rate at 53.97% — but 2020 has already seen a huge jump from even that. SEC offenses are now passing the ball 57.67% of the time — it’s early yet, but all signs point to the conference breaking the record it set last year.

As the SEC passes more, their very pride and joy — their precious defense — has taken a hit. We’ve already seen one team, Mississippi State, break the record for most passing yards in their upset win against the 2019 National Champion LSU Tigers, with 623. This past weekend, we saw Ole Miss and Alabama — yes, that Alabama — combine for 1,370 total yards, a new record for an SEC battle.

More than just overall passing rate, which can be skewed by having a lot of obvious passing downs and distances, the SEC's passing rate on first-and-10 has also increased in conference play. If things hold throughout the rest of the season, the SEC will crack the 50% pass rate in this situation for the first time since at least 2014. The conference has seen that pass rate rise by 3.49% from last season, as it now clocks in at 50.84% — of the three Power Five conferences playing this season, that’s the highest mark.

Not only are they throwing the ball much more than ever on first down, but they are also creating more yards, as well. This season’s 8.6 yards per pass attempt is the highest it’s ever been.

The conservative nature of SEC offenses that we all grew up with has gone the way of the dodo. It is entirely possible that the myth-making of SEC defenses was entirely dependent on the offenses not maximizing their potential.

This offensive explosion has come just as the spread offense has finally hit the SEC square in the mouth. When Urban Meyer came to Gainesville in 2005, it started that conference down a path to where we are now. Meyer’s Gators were a “spread-to-run” attack that used wider formations and misdirection to run the ball, and we’ve seen a huge shift throughout the SEC in recent years in the use of those single-back formations.

This is not Hal Mumme erasure. The Kentucky Air Raid of the late 1990s, a two-back offense, has just not had the same trickle-down effect that Urban Mayer has had.

We have formational data dating back to 2014, and we can see how SEC offenses have drastically spread themselves out over the last seven seasons.

The above table shows the rate of plays where the offense played in what would be called a two-back or heavy (three or more backs) formation on first down. Apparently, during the offseason between the 2016 and 2017 seasons, every offensive coordinator got together and decided they would live in single-back and empty formations. 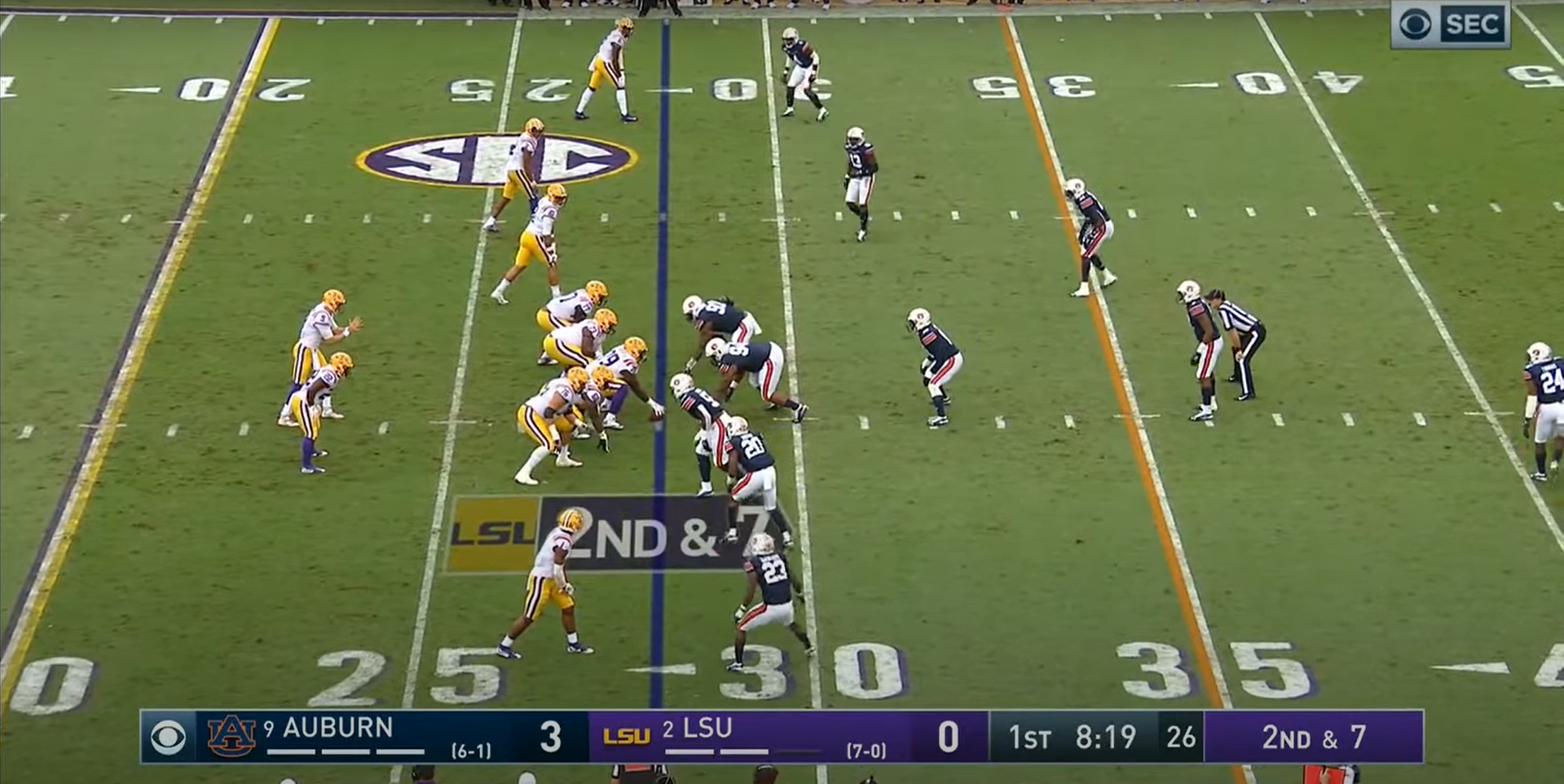 All of this to say that SEC defenses have not been able to keep up this season. Eight SEC offenses are currently sporting a positive EPA per play mark, with Alabama’s insane 0.487 in first place in the entire country. This would be the most since at least 2014.

Between 2014 and 2019, the SEC averaged 3.6 teams per year in conference games that had a positive EPA per play figure on offense. And that just speaks to the offensive explosion we're all witnessing.

The SEC is still recruiting incredible talent on the defensive end, but the tactics used by these new offenses are mitigating them completely. Spreading defenders out and then continuously throwing into the new voids created by all this space might not just be a trend; it might be the best strategy to use in this sport. We laughed at the Big 12 for years, but they were doing the best they could, given the circumstances. Do we start making “SEC defense is bad” jokes now, or should we wait a couple of years?