Week 13 did not break correctly, with our written picks finishing 1-4. We picked up closing-line value on Pittsburgh and San Diego, which unfortunately did not help us this time in any way, shape or form.

Overall, we sit at 39-34-1 (53.4%) on the season and are positive 3.2 units. Among the 75 (one push, one parlay) picks against the spread or total, 11 have closed with the exact same line as the printed pick, while 35 have provided closing-line value. Altogether, 61.3% of bets when printed have held steady or improved to pick up closing-line value.

Rivalry week has quality conference matchups throughout, highlighted by the Iron Bowl and Big Ten plays. Let's dive into our favorite against-the-spread picks for the final week of regular season games. 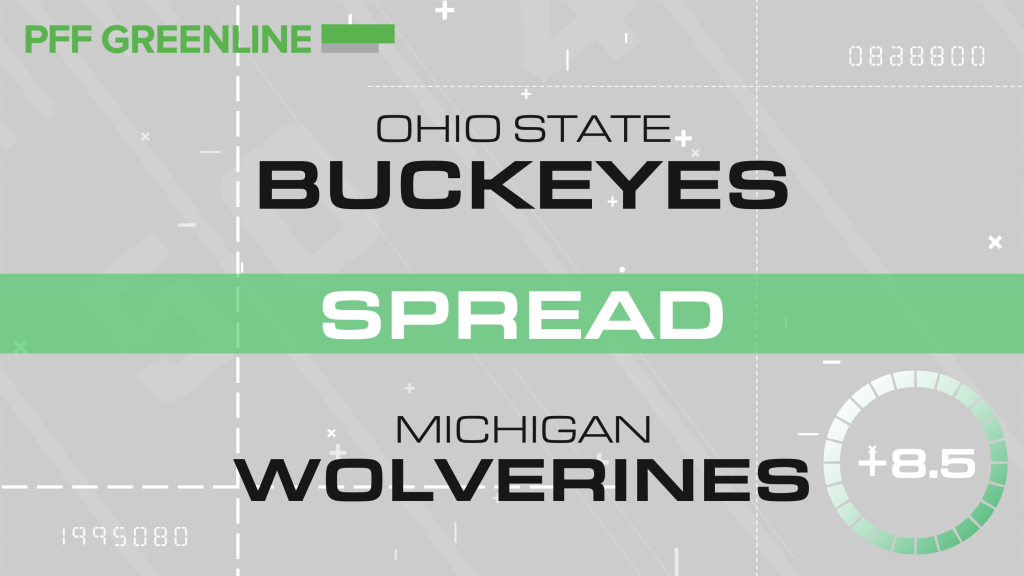 Why Michigan covers: Welcome to the Big House. The Big Ten matchup we have all been waiting for veered south for a time during the middle of the season but appears back on track with Michigan playing their best brand of football over recent weeks. Ohio State has looked the part throughout 2019, with the fifth-best opponent-adjusted offensive unit and sixth-best defensive unit. They rank third in EPA per pass attempt and in the top 30 for EPA generated per rush attempt.

Michigan has had two significant slip-ups, but they appear to have turned a corner after their covered loss over Penn State. The 2019 season has been dicey for Shea Patterson, who has an 81.1 passing grade despite throwing 15 turnover-worthy plays and taking 17 sacks. His 86.3 passing grade over the last four games is a significant improvement, and it's highlighted by the fact that he finally has greater than a two-to-one big-time throw to turnover-worthy play ratio. Going against the Buckeyes for a second week in a row feels even crazier than how it felt last week. But getting over a touchdown spread at home to a team we have ranked right behind the Buckeyes in the Big Ten conference is a gift that only comes along a few times a year. Take the points and hope that the best version of the Wolverines shows up on Saturday. At the current 8.5-point spread, Greenline gives that version of the Wolverines a 55% cover probability against one of the best teams in the land.

What could go wrong: Outside of the incredible team statistics the Buckeyes have put forth in 2019, it is led by two of the four top players in PFF's Heisman race. Neither Justin Fields nor Chase Young needs any sort of introduction at this point, but both are capable of completely taking over this game from their respective positions. Even with outstanding individual performances, this cover will come down to one player — Shea Patterson. In 2019, Patterson has just a 28.9 passing grade when under pressure with 11 of his 15 turnover-worthy plays coming in this scenario. He has been under pressure on 26.5% of his dropbacks, but we could see that number rise dramatically this Saturday. The Buckeyes, led by Chase Young, have a 51.7% pressure rate and are the top-graded pass-rush unit in the country. They are one of only two defensive units to allow under a 30% success rate on pass attempts. If Chase Young feels the need to cement his place in the Heisman trophy discussion, then chasing Shea Patterson all over the field would result in that, but it would also crush our dreams of two straight cover victories against the Buckeyes to close out the regular season.