Upsets were the theme for Week 5 of the 2020 college football season, with seven moneyline underdogs winning outright. Five of these victories were at odds of +200 or greater on the moneyline, which made for an exciting weekend of college football action.

The Week 6 slate offers even more quality matchups than we have seen in the past, as 15 top-25 teams will be in action on Saturday. We're set to witness five matchups between teams in our top 25, with our top-ranked Clemson Tigers seeing their first real test of the 2020 season.

First, let's understand the slate-level uncertainty by utilizing a measure called Shannon Entropy (information theory). This theory is used to quantify information occurring in an event and a variable — entropy — calculated using probability. By taking this approach, we can quantify how predictable a certain game or slate of games is by taking the probability assigned by the betting markets through moneyline probabilities.

Week 6 has the highest level of uncertainty so far in 2020, and this means that we have tons of quality matchups based on moneyline-win probabilities. This week sits slightly above the third quartile in uncertainty among all college football slates that have involved at least eight games over the past six seasons. Strap in — this could be a wild weekend of college football.

Last week didn’t go quite as planned from a written picks perspective. Our initial lines failed to pick up the closing-line value based on line movement. I grew less and less excited about the picks as we progressed throughout the week, and it turns out that feeling was warranted, as they went 0-3. My one saving grace was that the derivative plays on Twitter went 3-1, making up for most of the losses on the written plays.

We now sit at 50-51-1 on written plays over the past two college football seasons. NCAA Greenline (PFF's predictive model) had another positive week and is up almost 19 units based on closing-line spreads with a value at or above 1% in 2020. It is time for my written plays to follow suit.

Using PFF's predictive models as a guide, let’s take a close look at some of the best bets to make ahead of this Week 6 slate of games.

Alabama hasn’t skipped a beat to start the 2020 season, despite significant offseason losses scattered throughout their offensive unit. Mac Jones leads Power Five quarterbacks in positively graded throw rate, and the Alabama offense as a whole leads the nation in EPA per pass attempt.

This has been cemented on early downs, which are much more stable when predicting future success than third- and fourth-down plays. 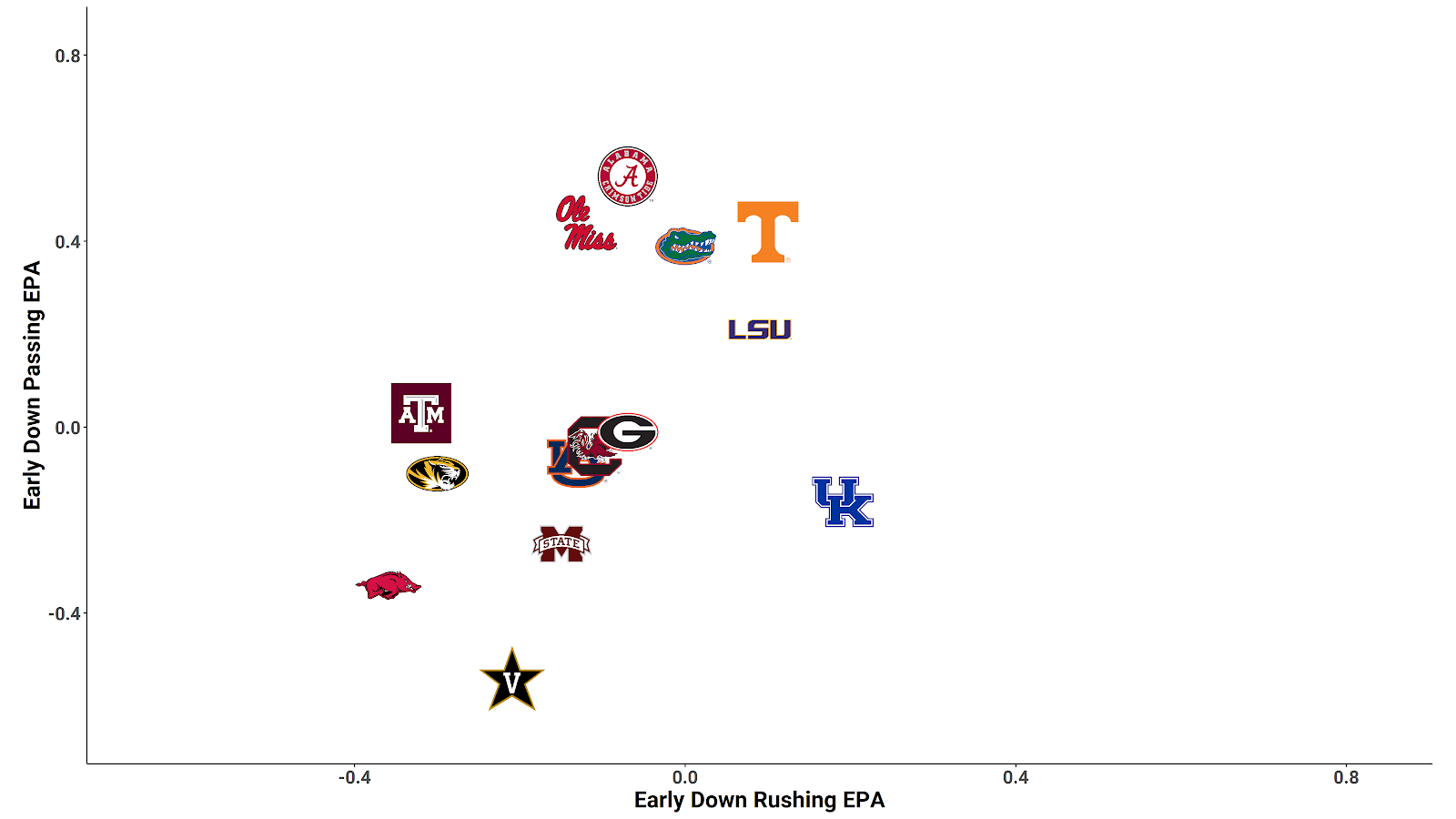 Ole Miss isn’t far behind Alabama in this category, and both sit ahead of Florida, the SEC team that generated the most buzz to start the season. That should change after this weekend if our predictions come true and Alabama rolls to another covered victory against an inferior SEC opponent.

The -23 has little value, with both 24 and 25 being more important from a probability standpoint. The opening print of -24 hit some initial resistance, but we may retest that number closer to kickoff.

The cash and ticket percentages show Alabama as the public side. The majority of the cash has been on the home dog, which is what forced this initial line movement down. Our predictive models typically don't back a big road favorite, but this line has seen enough movement down to open up value on Alabama.

It is appropriate to side with the Crimson Tide's continued dominance, as Ole Miss is incapable of doing much to deter the Alabama passing attack. Our Elo rankings have the Rebels as the second-worst team in the SEC, and we expect everyone to discover this once Alabama finishes this matchup on Saturday night.

This pick is heavily dependent on the status of QB Skylar Thompson, who has been impressive to start the season, leading the Big 12 in average depth of target (aDot). His PACR — which measures how often a yard thrown in the air is converted into receiving yardage on the field — is also the lowest in the conference, highlighting how important he is to this offense. The uncertainty surrounding his availability caused the opening line to pick up a half-point, so we should see a significant adjustment to this spread price if he can play.

The news probably isn’t fully baked into the market, so a slide to +10 is expected if he is ruled out. This still creates a buying opportunity, though, as our predictive models give this current number a 1% value percentage.

Our projections are currently factoring in Thompson, which does explain some of the discrepancy between our model and the market, so this might not be a full send until the injury situation is fully understood. However, a smaller play on Kansas State with the expectation that we get favorable line movement is intriguing.

The Bulldogs quickly fell back to reality by suffering a humbling home loss to Arkansas in their second week. This is a difficult Mississippi State team to project, given the Jekyll and Hyde performances to start the season.

These teams sit back-to-back in our Elo rankings, but Kentucky has the superior offensive and defensive units, according to our opponent-adjusted rankings. Mississippi State hasn’t generated a positive EPA per pass or rush attempt, and a rush-heavy Kentucky offense could be enough given the team's home matchup and the slight lean in the betting markets. 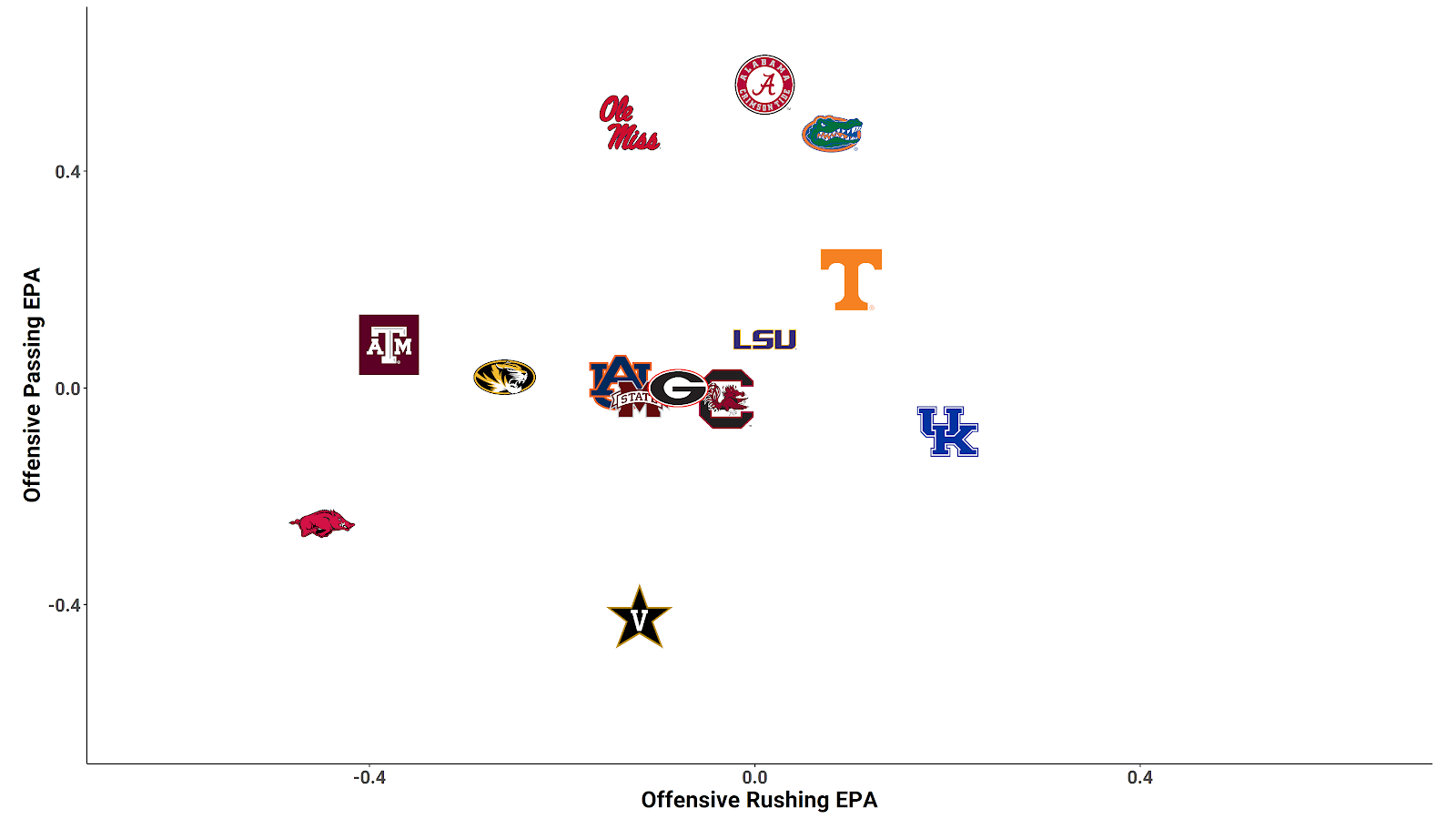 Fading a Mike Leach-led Air Raid team is one of the scariest betting positions you can put yourself in. But one of the best approaches to neutralize the Air Raid is with an effective rushing attack and a quarterback who doesn’t make mistakes. Kentucky offers both of these in this matchup, so at less than a field-goal home favorite, they are a value opportunity in this SEC clash.

The betting market still sees the Bulldogs as the shiny new object in the SEC, causing some to overvalue their early-season ability. Fading the market and line movement is the correct approach here.