Week 1 is officially in the books and Week 2 is just hours away from kickoff in the 2018 NCAA football season. Week 1 saw it's fair share of ups and downs for the nation's top teams, and plenty of movement on our PFF ELO College Power Rankings.

As the dust has settled and we get ready to embark on another week of action, it's best to give one final look at last week and prepare for this coming weekend's slate of game by outlining an interesting observation pulled from PFF's wealth of college data to get you ready for Week 2.

In our Top 25 Observations series, we'll outline a nugget or two of data from our grading of every player on every play of every game at the FBS level and bring you, our readers, the observations on every team's quarterback(s) on our Top 25.

Tagovailoa's grade this past weekend along with his grade in last season’s Vanderbilt game (92.6) are the two highest-graded Alabama quarterback performances since we’ve graded college football (2014).

Hornibrook had the highest passing grade in the Big Ten in Week 1 as he dominated passing in between the numbers, completing 13-of-17 passes for 214 yards and a touchdown on throws over the middle of the field. 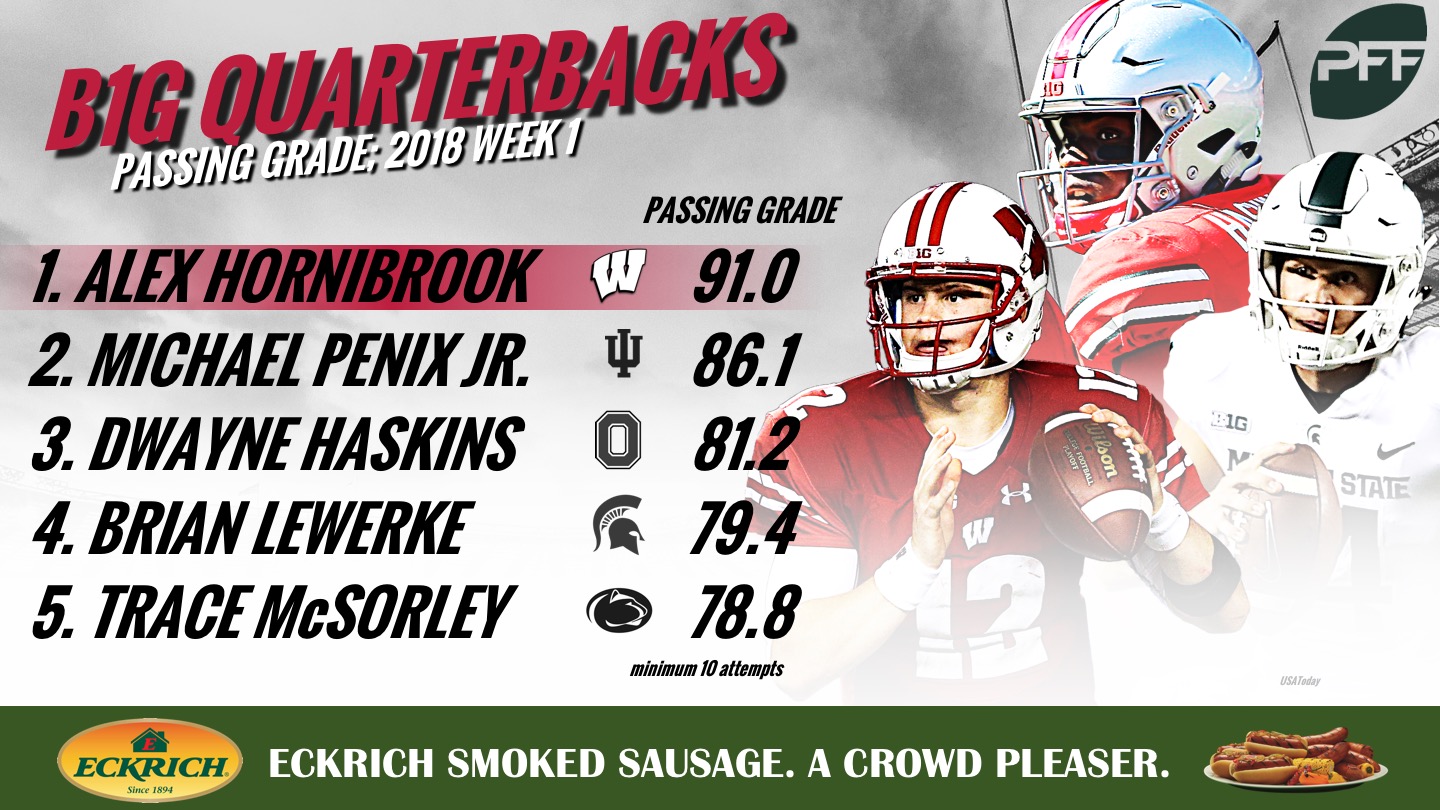 With only 2 attempts over 20 yards, Fromm was accurate and executed the very basic gameplan against FCS Austin Peay in advance of their SEC opener against South Carolina this weekend.

As outlined in our post-Week 1 PFF ELO rankings, Bryant struggled against Furman, with a 10.5 percent rate of turnover-worthy plays (highest in the ACC). He’ll have to quickly turn that around this weekend in a much tougher road test at Texas A&M if he wants to hold off five-star recruit, true freshman Trevor Lawrence (65.7 overall, 68.9 passing, 71.4 % adj. comp.).

While the explosive nature of Oklahoma's offense has been detailed this week, it cannot be understated how impressive Murray actually was. His 19.0 yards per attempt led the FBS, with that number jumping to 22.1 yards per attempt on his eight non-pressured dropbacks.