The correct late-round draft pick can help fantasy managers win a championship. Players like Michael Pittman Jr., Jaylen Waddle and Dawson Knox all came off the board after the top 100 selections last year, and each ranked among the players who finished on the most championship teams.

With this type of upside in mind, let's dive into 10 sleepers who are typically available in Round 10 or later in 2022 fantasy football drafts.

Henderson began the 2021 season as the Rams starter with Cam Akers on injured reserve. He had a fine start to the season with double-digit carries in each of his first eight games and seven touchdowns in that time. In both 2020 and 2021, he looked like one of the league’s best running backs early in the season before injuries derailed both campaigns.

The 24-year-old managed just 23 offensive snaps over the last six games of the regular season and missed the first three rounds of the playoffs. He returned in time for the Super Bowl to take the receiving snaps while Akers played on early downs.

The Rams seem confident in their two-back committee heading into the 2022 season. Sony Michel left for Miami in free agency, and the Rams only invested a fifth-round pick as his replacement. Henderson could see a similar role as in Super Bowl, where he played on passing downs while also receiving some carries.

Nonetheless, the reason to draft Henderson is for the weeks where he has more than such a role. Henderson could become the Rams' starter again if he outplays Akers or if Akers suffers an injury. Henderson is one of the most talented handcuffs when healthy, making him a must-start if Akers spends any time as the backup.

Gainwell is the third member of the 2021 draft class on this list, and the 23-year-old spent the 2021 season as part of a four-man committee in Philadelphia, primarily serving as a receiving back. He saw at least five targets in five different games, including the last two games of the season. And he had one of the highest threat rates for a rookie running back in recent memory. 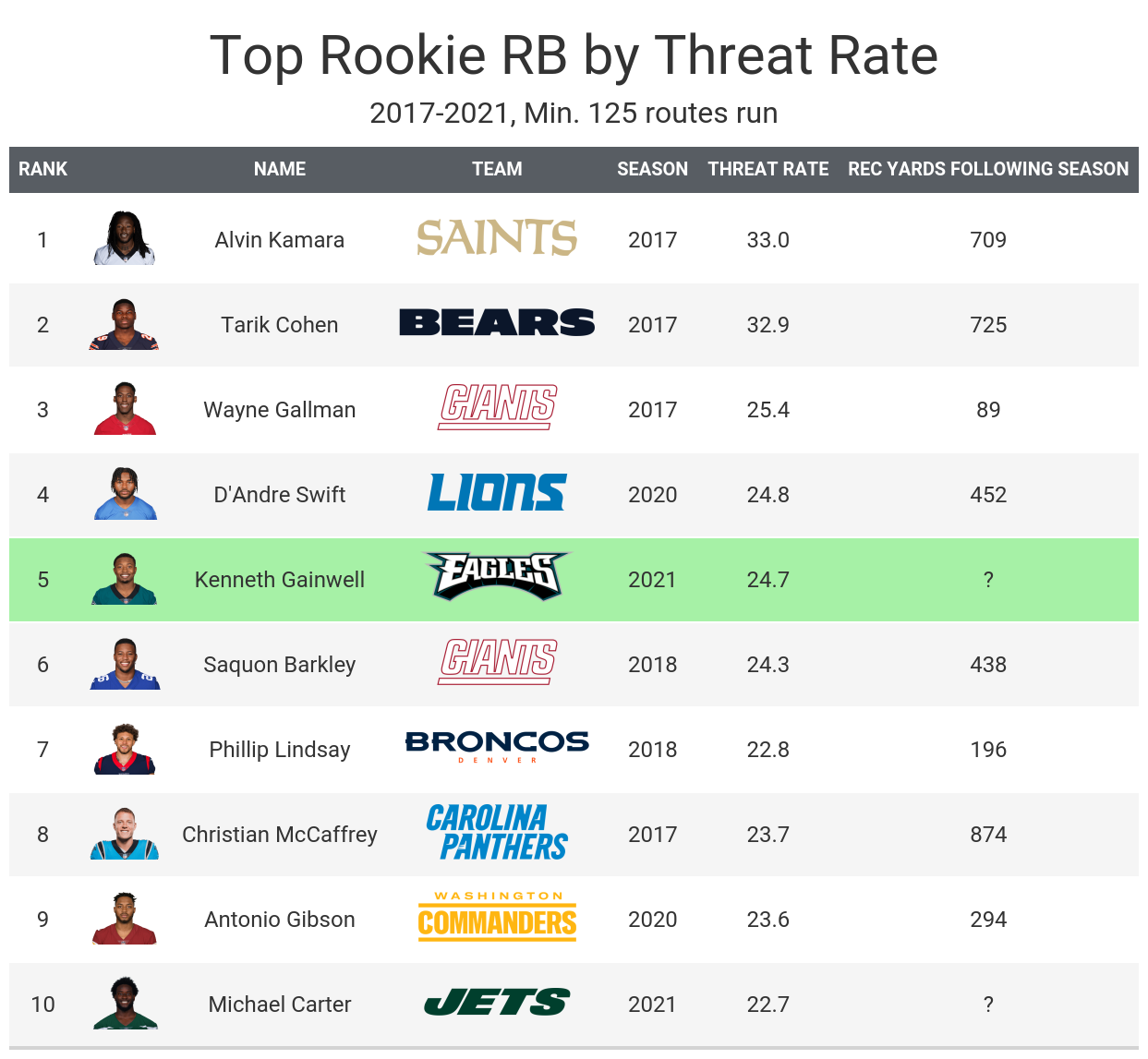 Despite being a pass-catching back, Gainwell handled double-digit carries three times throughout the season — two of which occurred in blowout victories where the Eagles were missing at least one other back. The other happened in Week 18 when the team rested its starters. He could become even more involved in the run game this season.