• A breakdown of methodology and the most similar historical matchup to this game: 2017 Week 8 Kansas City Chiefs–Denver Broncos, with Tyreek Hill as A.J. Brown and Trevor Siemian as Taylor Heinicke.

To analyze this specific Showdown slate, I looked through thousands of NFL matchups from 2014 to 2022 and found the closest comparisons to this contest according to the following parameters: Betting spread, over/under and average fantasy points scoring for the top-ranked positional players of both rosters (QB1, RB1, WR1, TE1).

The spread and over/under are similar in these matchups (Chiefs -7, 42 O/U versus this matchup at Eagles -11, 43.5 O/U). All the players aren’t perfect matches, but that’s why we use 100 similar matchups and not just the single most similar.

I went through the millions of possible lineup combinations for the 100 most similar matchups and found who the CPT selections were on the top-five scoring lineups for each matchup. Here are the 500 CPT choices from those matchups by position rank, according to salary. 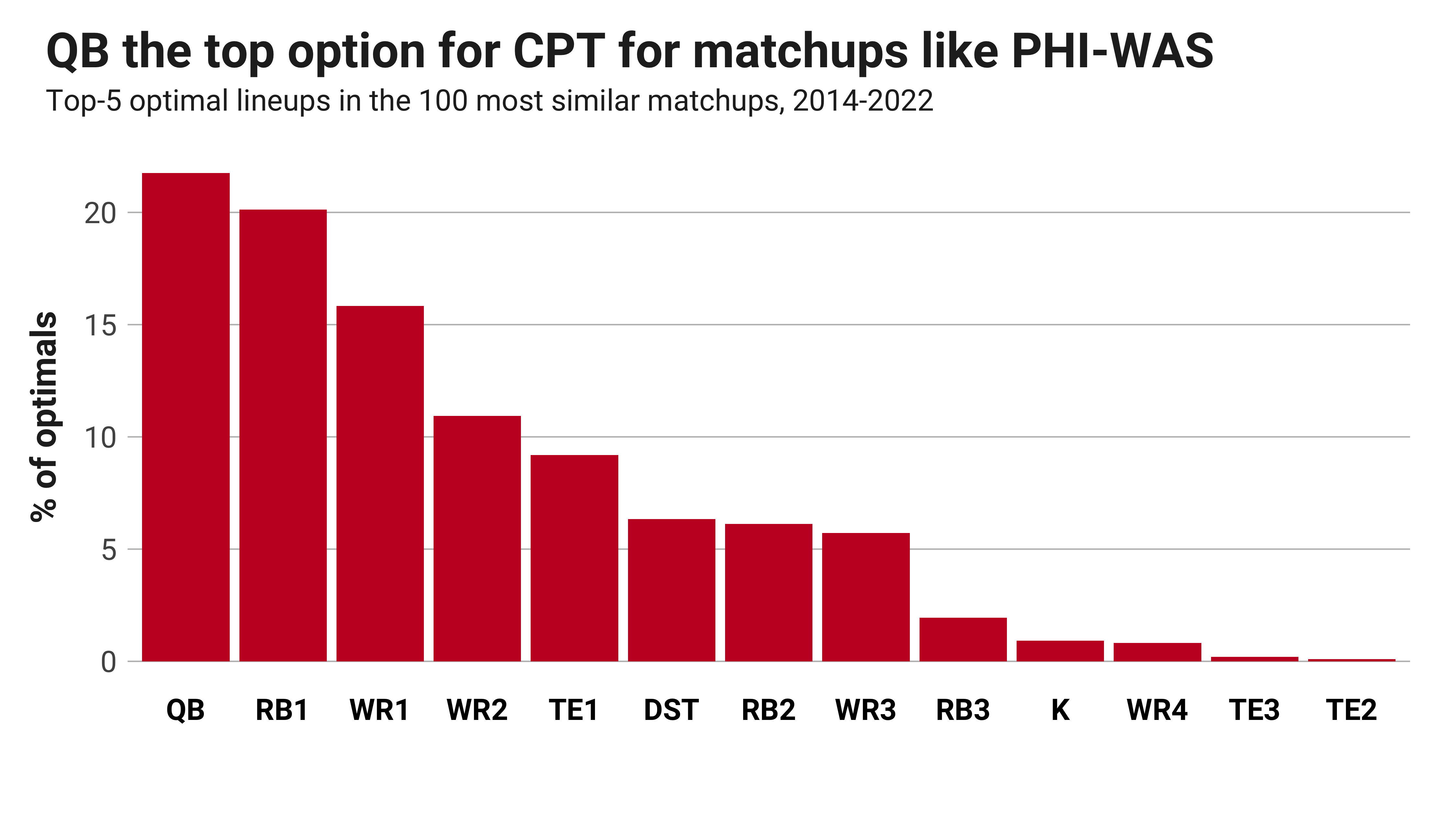 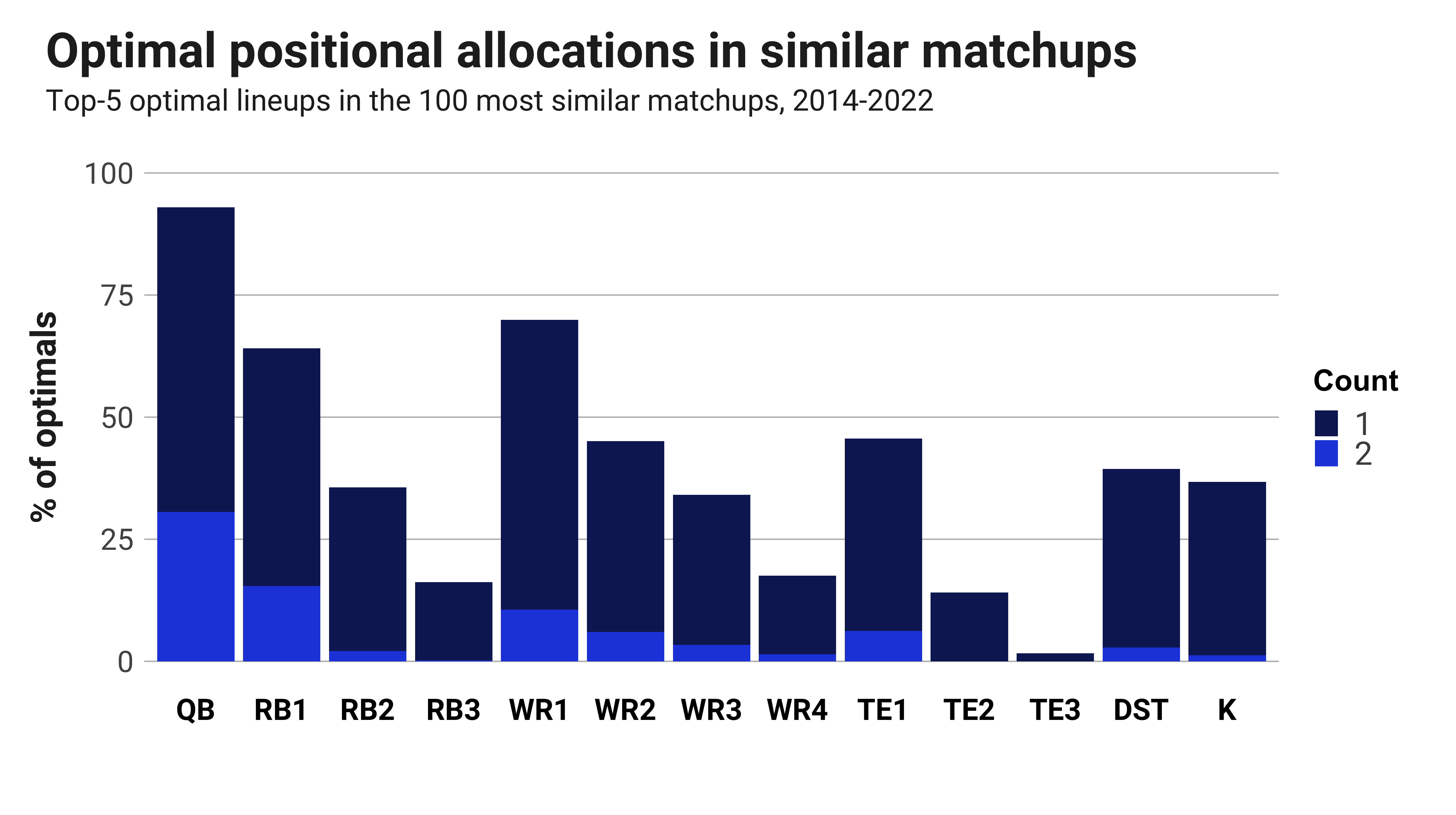 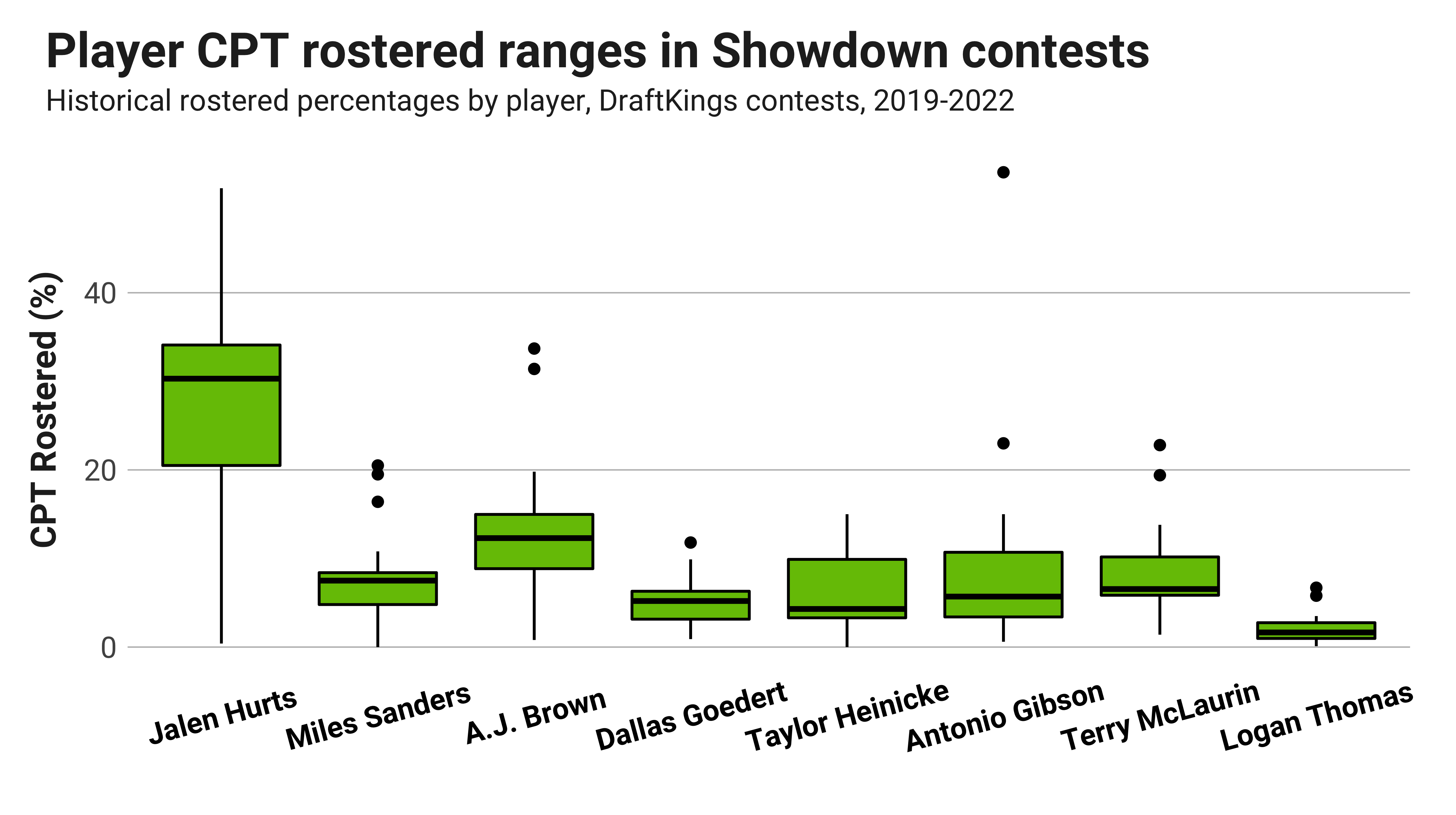