Below, ranked by coverage grade, is a list of the top-five draft-eligible FBS cornerbacks with at least 20 deep targets (targets of 20-plus yards downfield) throughout their college careers.

One-half of one of the most formidable cornerback tandems in the nation, Miller excelled against the deep ball during his time in college. He was targeted 23 times during his four-year career with the Huskies, and he didn't allow a single reception from any of the 10 deep targets he saw over the last two college seasons. He'll end his college career with the best deep coverage grade among the 117 cornerbacks with at least 20 career deep targets, while his 23.0 passer rating allowed ranks seventh.

Ya-Sin finished the 2018 college season as the highest-graded cornerback in the AAC, and his performance against the deep ball was a huge reason why. Last year, the Temple corner didn't allow a single reception from any of the nine deep targets sent into his coverage, and he came away with two interceptions in the process. Ya-Sin will end a great college career having allowed just one reception from 20 career deep targets.

After leading all SEC cornerbacks by surrendering just 0.46 yards per coverage snap last season, it's no surprise to see that Baker excelled on against the deep pass. Throughout his tenure in Athens, Baker allowed just four receptions from 29 targets for 144 yards, zero touchdowns and three interceptions. His 38.7% forced incompletion rate and his paltry 6.9 passer rating allowed rank third and second, respectively, among the 117 cornerbacks with at least 20 career deep targets. 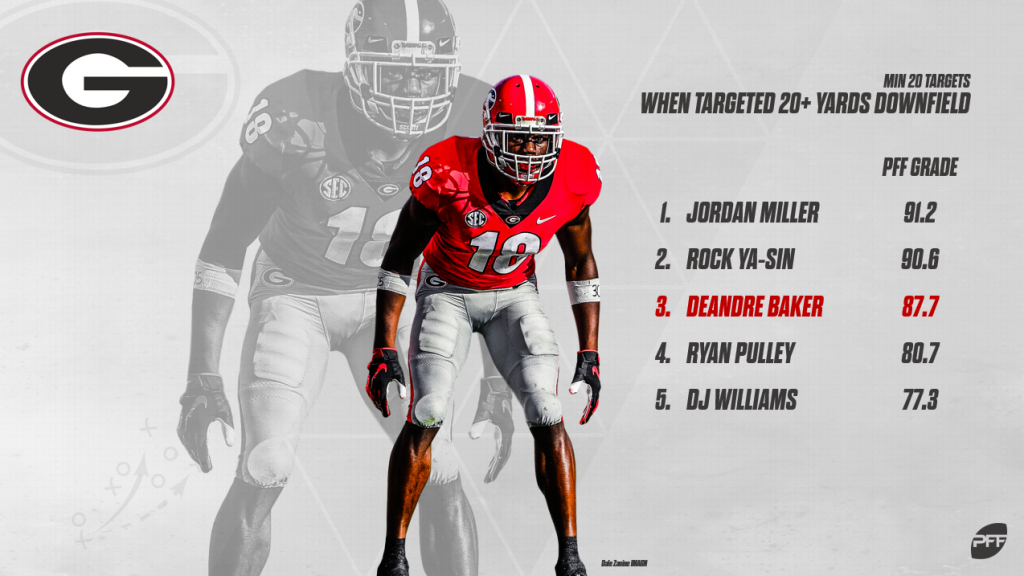 Ryan Pulley's stock may have taken a little hit during the combine, but don't let those numbers fool you, as his career performance against the deep ball was up there with the best them for the majority of his college career. After allowing only one catch from the 20 targets over the first two years in Arkansas, Pulley ended his final college season having allowed just three receptions from nine. The Florida native will finish his college career with a 20.8 deep passer rating allowed from targets of 20-plus yards downfield, fifth-best among draft-eligible players at the position.

Williams rounds out this list after an impressive 2018 season against the deep ball, where he allowed seven receptions from 20 targets for three touchdowns and three interceptions. Among the draft-eligible players with at least 20 deep looks last year, Williams' 77.3 coverage grade ranked third, while his 75.2 passer rating allowed was good for tenth. 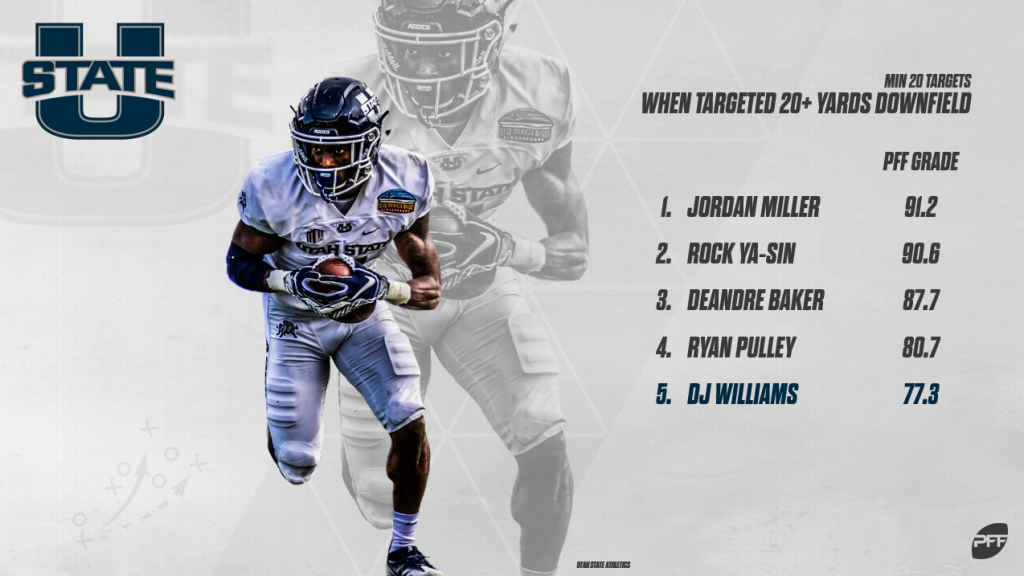