The 2018 college football regular season is over and it's essentially all eyes on the College Football Playoff and the 2019 NFL Draft. With several players opting out of their respective bowl games and other top names declaring early, today we examine which players made what is likely their final college season count, in our draft breakout players of the 2018 season. 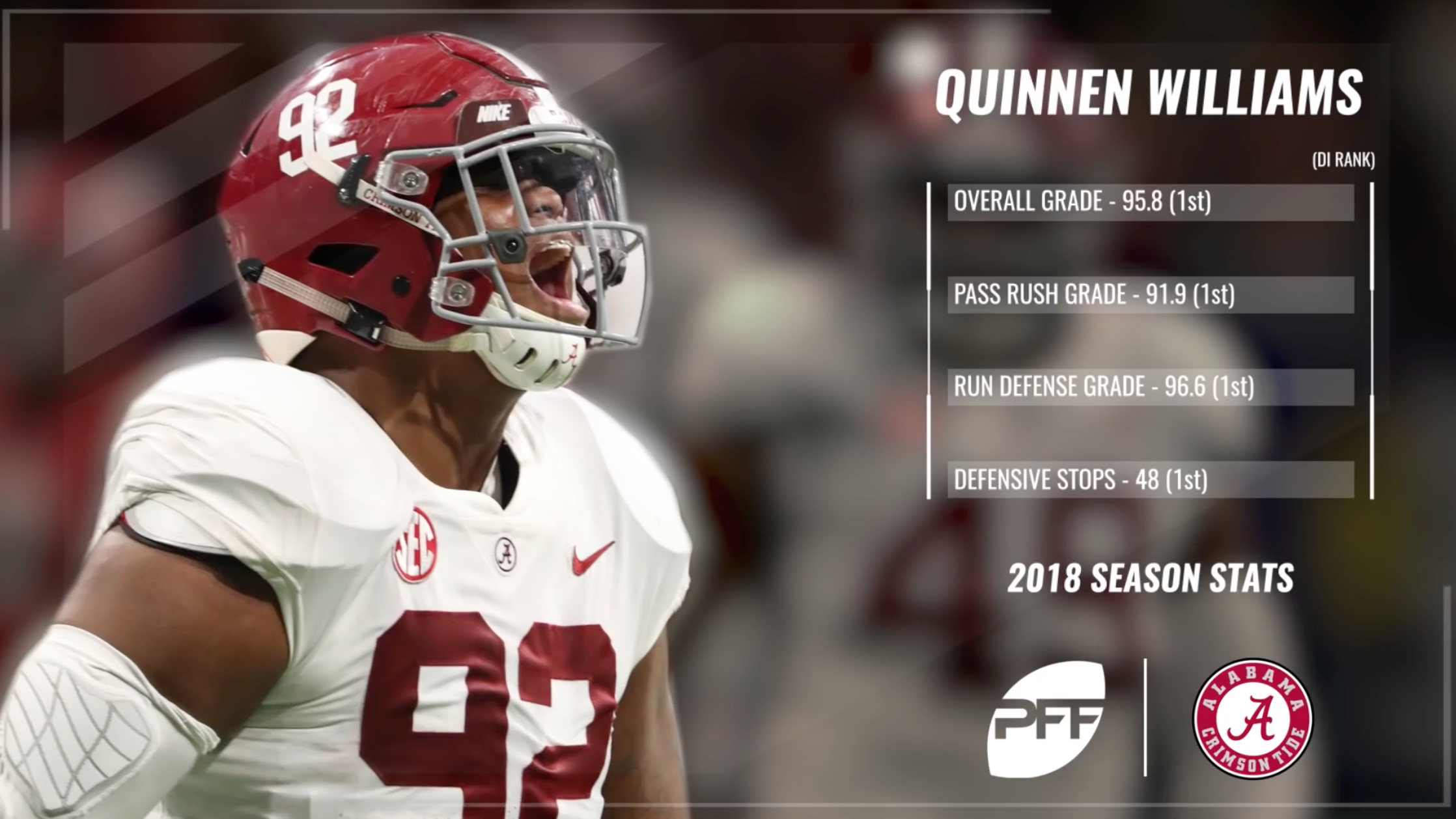 After just 151 snaps last season, Williams has gone from relative no-name, small-snap count guy to college football's most dominant player. He is the highest-graded player in college football at 95.9 and has dominated both against the run and as a pass-rusher this season. 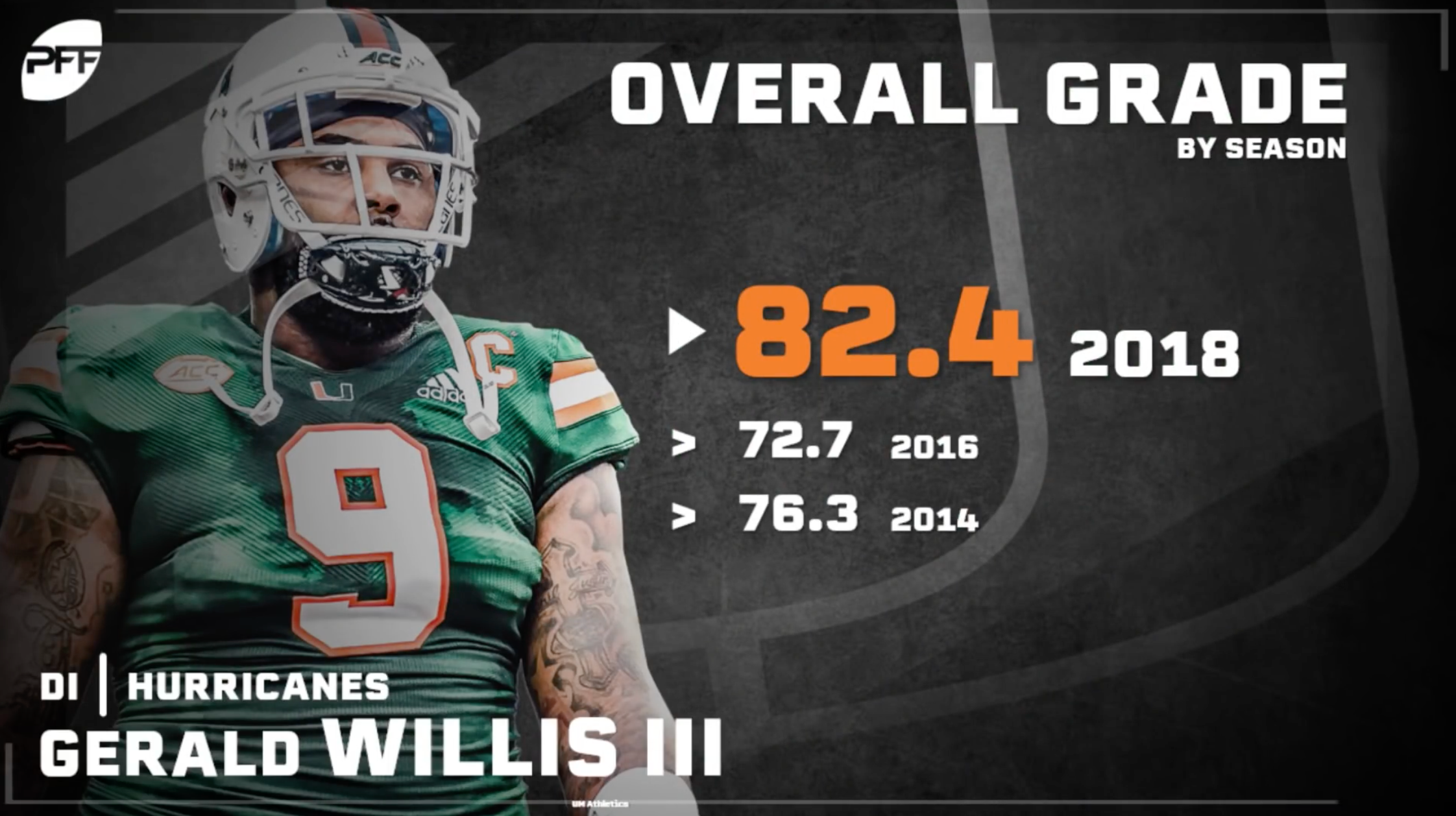 After a tumultuous career that began at Florida and ended in Miami, Willis turned around his career at the right time. Playing in all of 131 snaps in 2014 and 237 snaps in 2016, Willis turned his 619 snaps in 2018 to a career-high grade of 82.4, doing his best damage against the run from the interior of the Hurricanes defensive line. 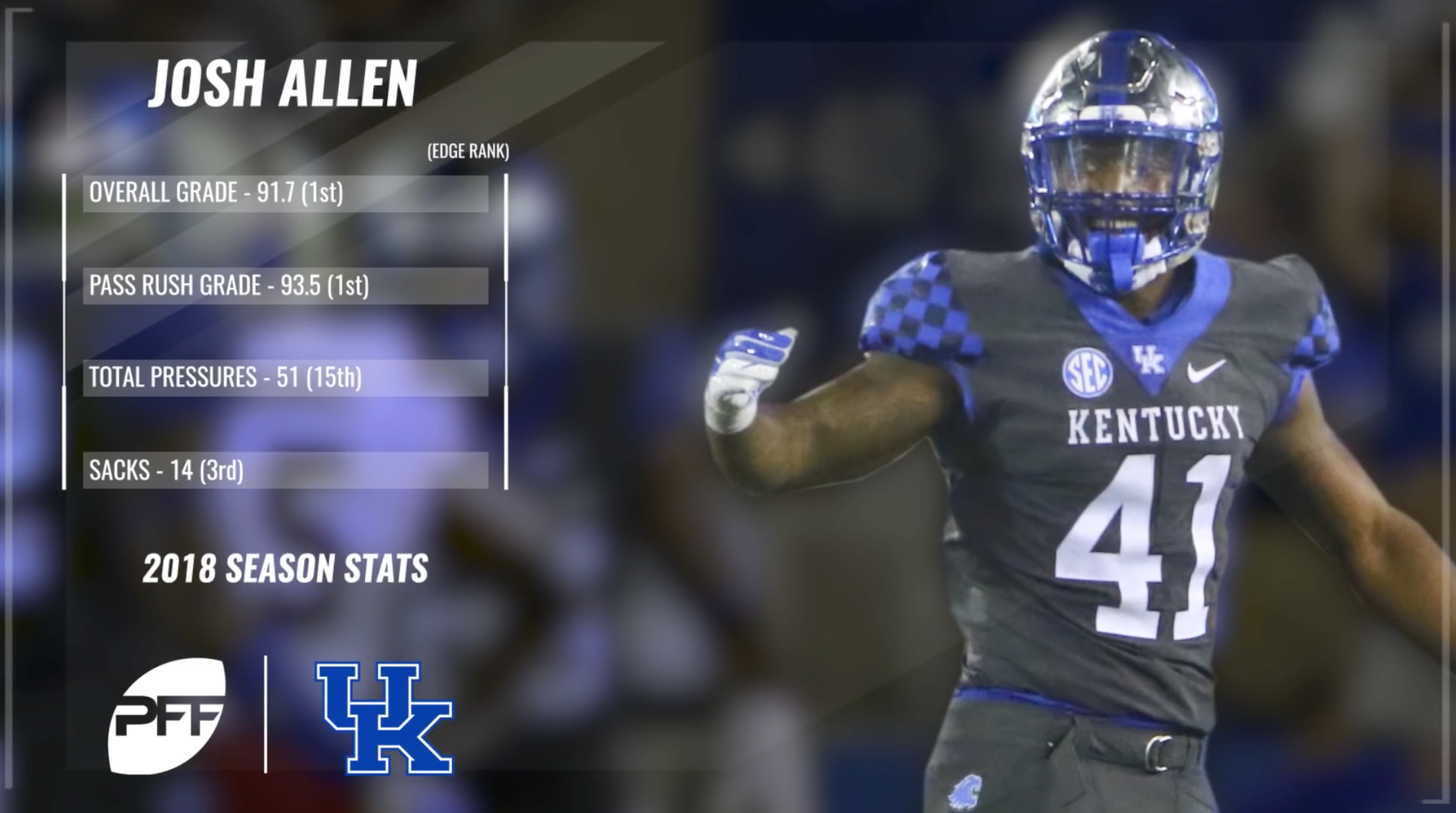 We've hyped Allen since the beginning of the season, named to our candidates to break out, and break out he did. Improving his grade (and his frame by adding 25 pounds), Allen dominated as a pass-rusher and won pass-rushing snaps at the third-highest rate among edge defenders. 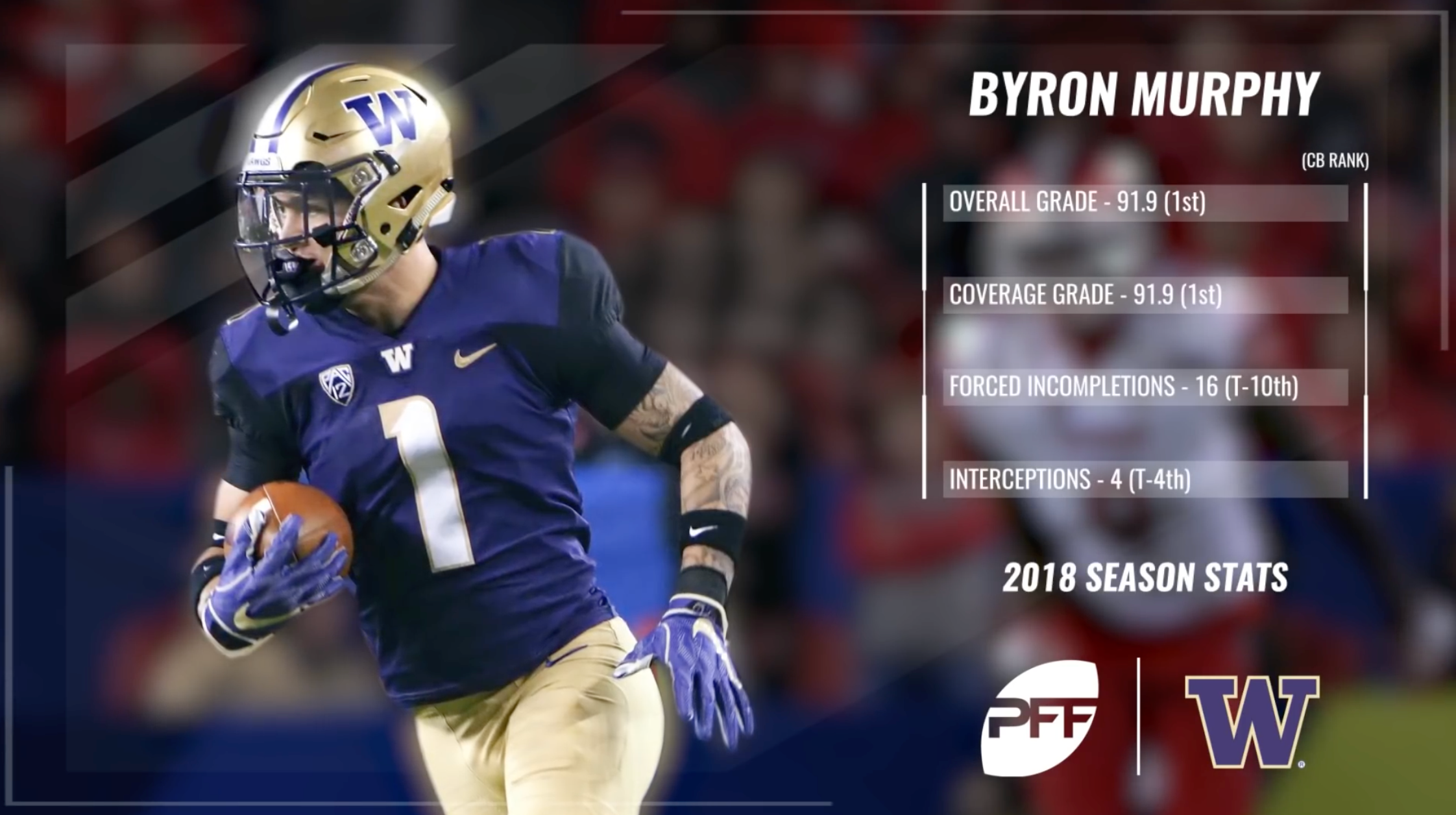 Despite a good season last year that saw him finish with an 86.8 overall grade, Murphy improved in every category in 2018. His 91.9 overall grade was the highest at the position while he allowed just a 47.1 passer rating and a 47.2% catch rate into throws into his coverage. 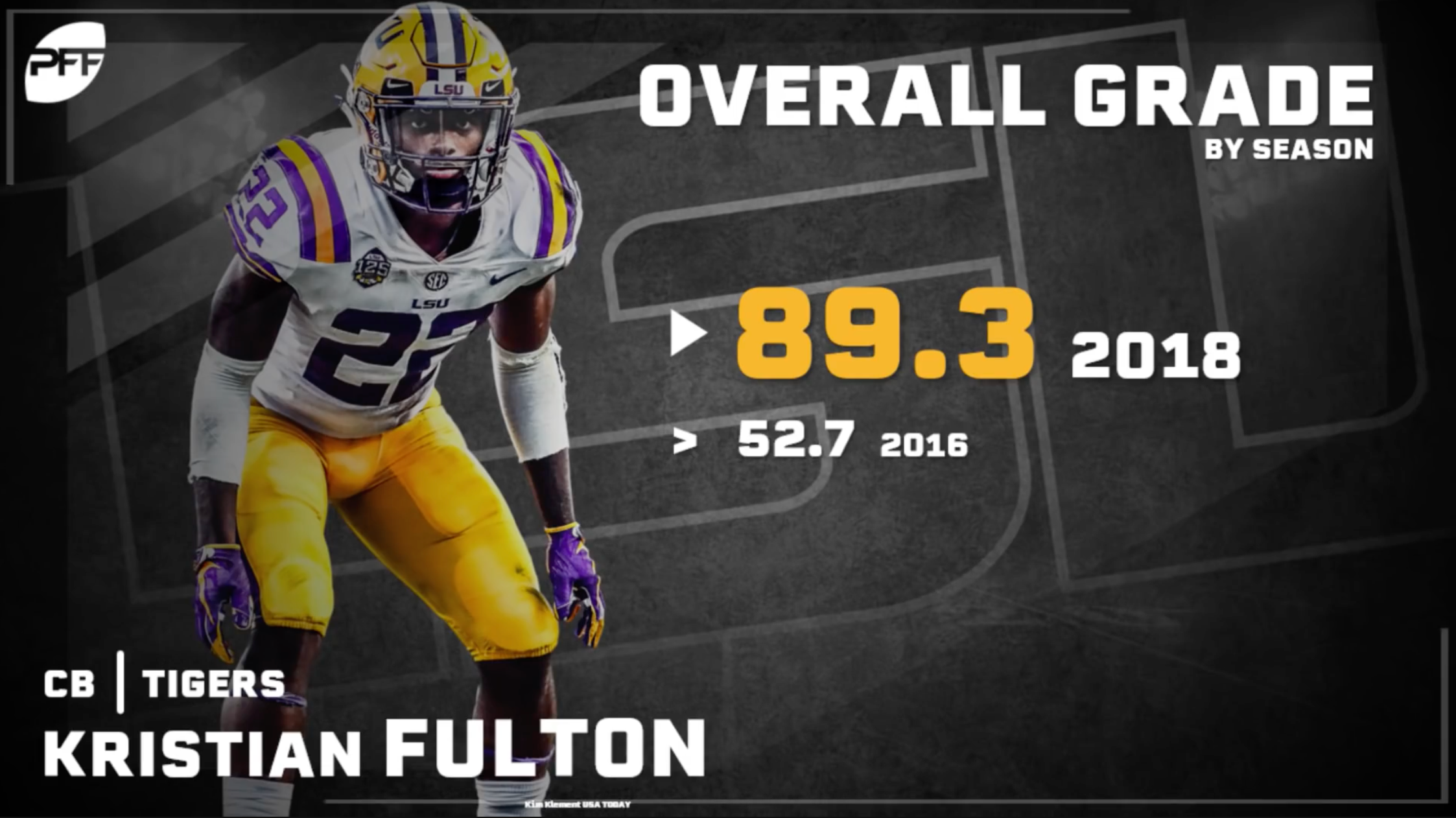 Despite a suspension that could have sidelined him for two seasons, Fulton was able to get his suspension shortened and break out in 2018. Playing next to preseason All-American Greedy Williams, Fulton actually had comparable numbers, if not better, than his counterpart. On 42 targets, he allowed only 17 catches that included only three receptions of 20 yards or longer. 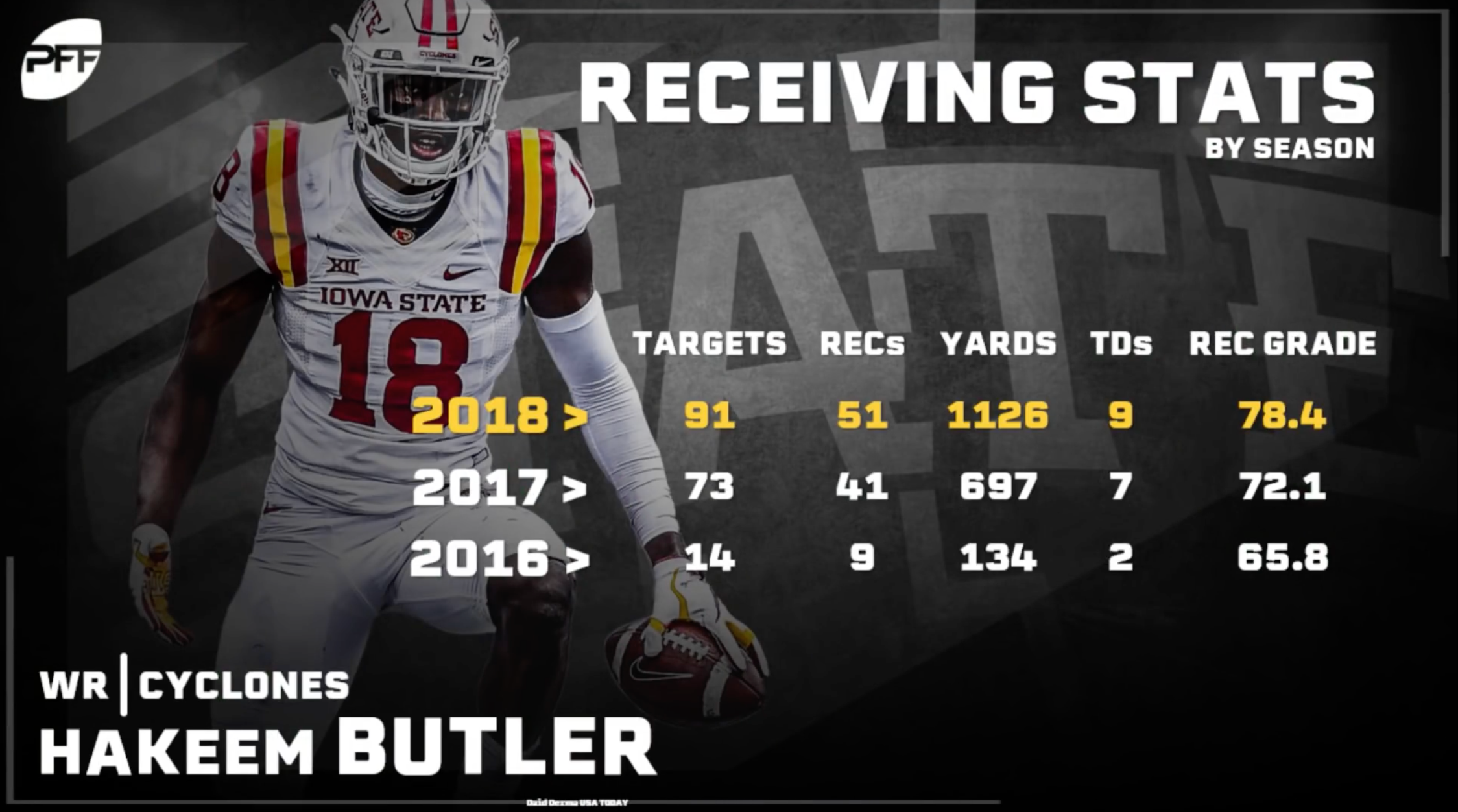 With a true freshman signal-caller in Brock Purdy slinging the ball around the field, Butler shined in his redshirt junior season in Ames. Setting career highs in every major receiving category, Butler's receiving grade of 78.4 also continued on an impressive career arc, seeing his grade rise by at least 6.0 points for the second consecutive year. 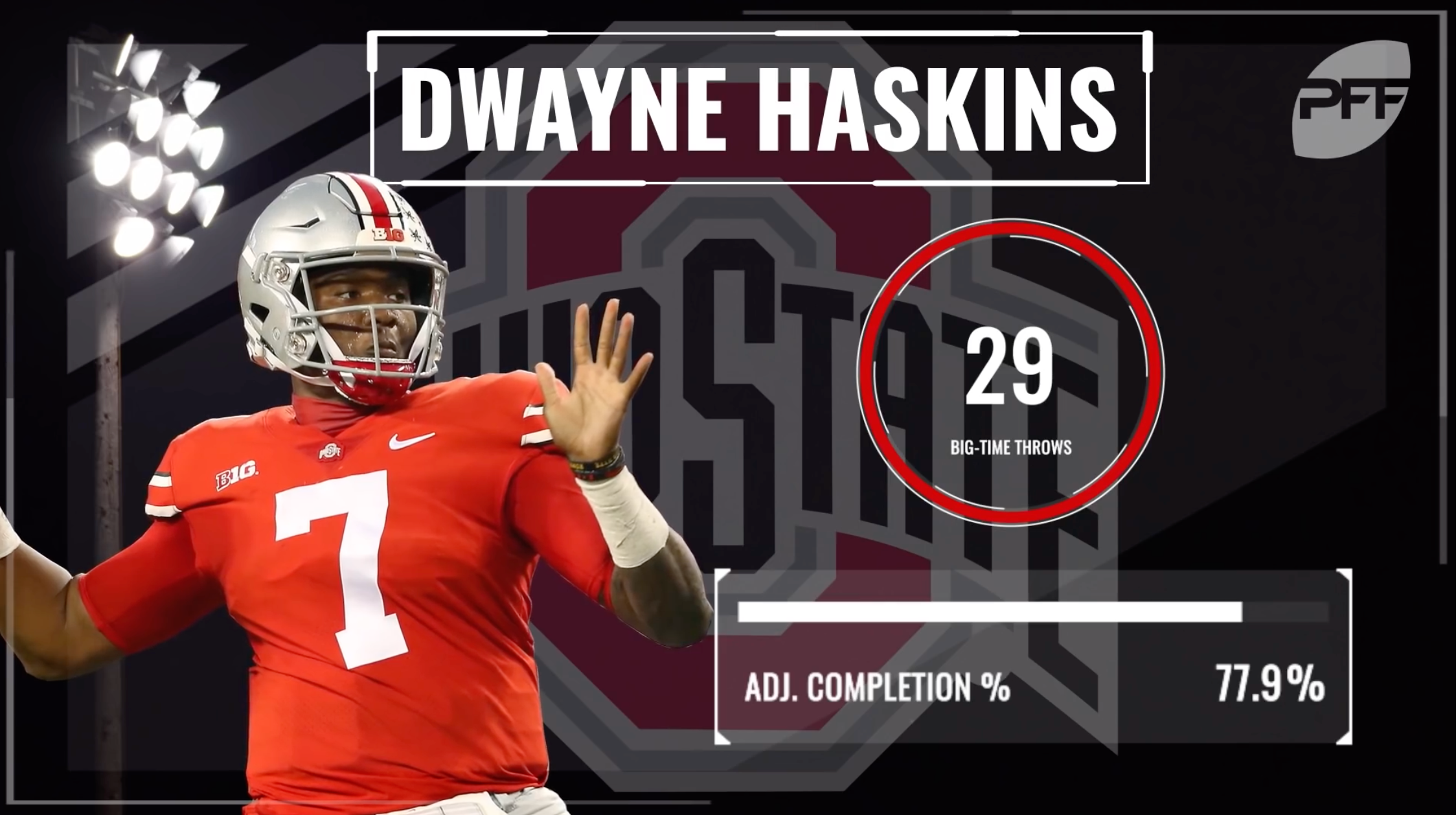 Our Big Ten Player of the Year, Haskins was a much better passer than his predecessor and finished the season with a plethora of Ohio State records. While he was dominant in some games, he still had his lulls that included three duds of performances in road games against Penn State, Purdue and Maryland from a PFF grade perspective, which would be the only concern. 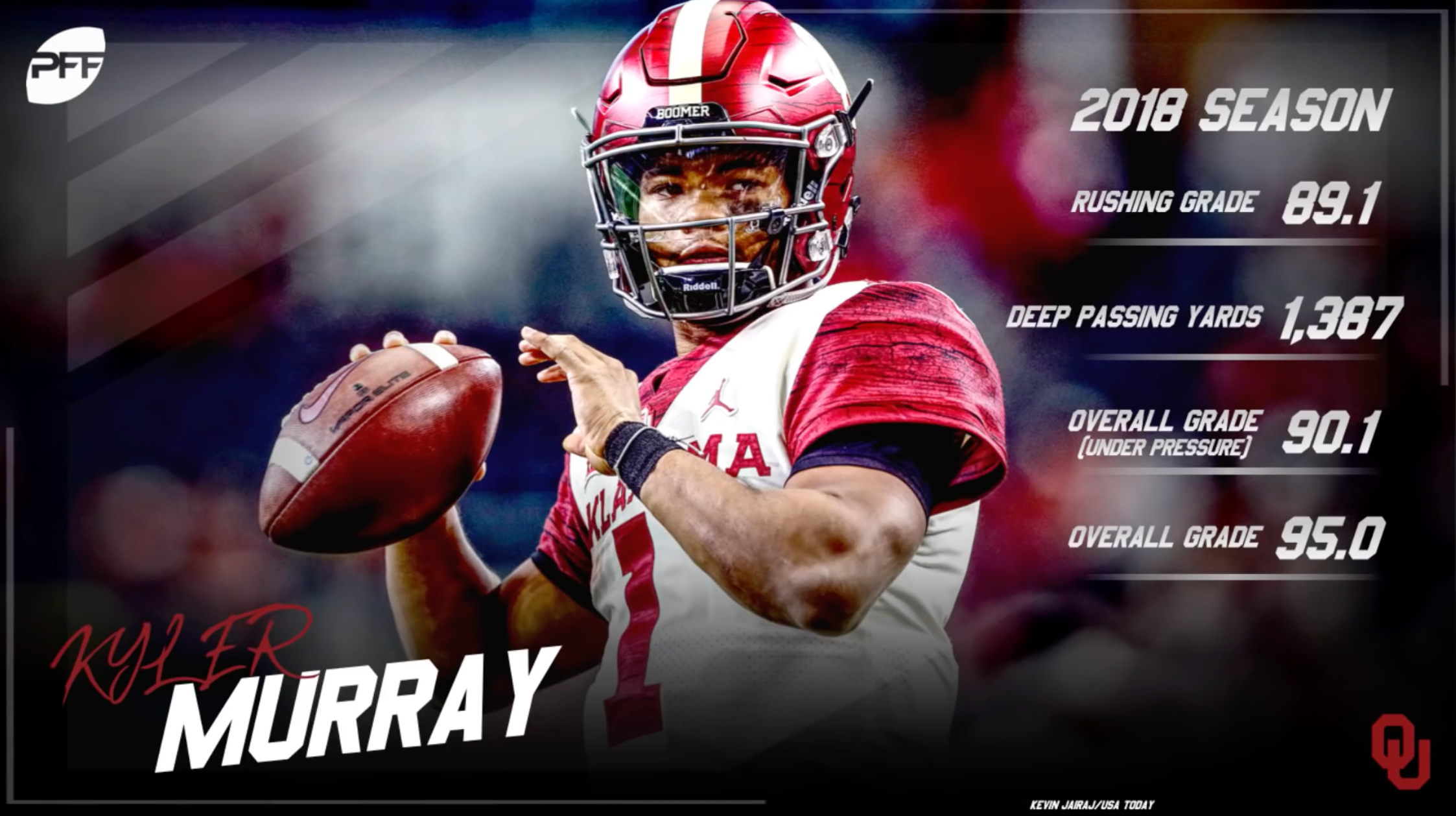 Not much more can be said about our Big 12 Player of the Year, Heisman Trophy winner and first-team All-American so we'll leave it here with the fact that he was simply the best offensive player in football, at the sport's most important position. His 95.0 overall grade was leaps and bounds above all others this season.