The comps below were derived from a two-step process. First, I converted all the most statistically relevant stats and measurables to percentiles based on the thousands of prospects who have entered the NFL since 2006 at each position. Then, I filtered the total universe of past prospects by those who had draft positions, weight and 40 times within a 10th percentile in either direction of Oklahoma State WR Tylan Wallace. For undrafted players, I assigned a numerical draft position of 300.

For Wallace's draft position, I’m using an estimate based on the mock data collected at GrindingTheMocks.com. For the weight and 40 time, I’m using the numbers from his pro day, with a 0.03-second penalty added to the 40 time to reflect the uncertainty of pro-day timed measurements.

Wallace’s comps are somewhat boosted by the decision to use the player’s best season for many of the metrics. In Wallace's case, that was his junior year when he played eight games before suffering an ACL tear.

His numbers took a slight dip in 2020, and there could have been lingering effects of this injury on his 4.48-second 40-yard dash time (55th percentile) at the Oklahoma State pro day that was less explosive than some would have liked to see. More concerning was his 33-inch vertical (19th) and 9-foot-4 broad jump (4th).

It’s possible that the Oklahoma State receiver is still recovering and will round into top form by the time the NFL season starts in September, but there are substantial risks of diminished athleticism and re-injury in his future.

Give me Tylan Wallace in the late 2nd, early 3rd round all day. pic.twitter.com/FextXu6hfp 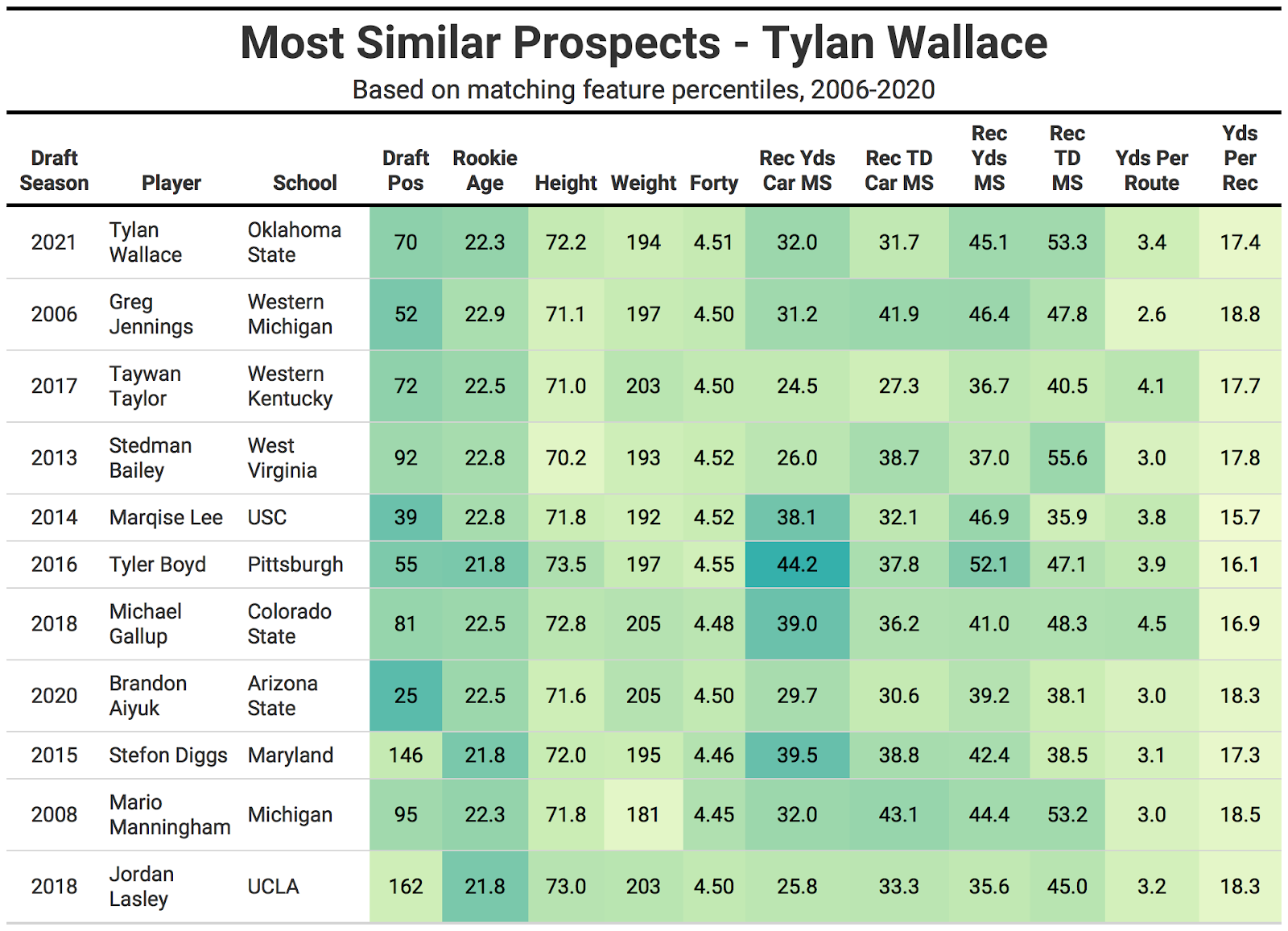 Wallace's comps are really strong, with mostly second-round picks who also showed strong collegiate production. Greg Jennings, Tyler Boyd and Michael Gallup were great picks in the second and third rounds, and Stefon Diggs was a steal in the fifth round. Brandon Aiyuk has also shown early success. Diggs suffered injuries in multiple seasons that likely hurt his draft stock, which could also happen with Wallace.