After grading and analyzing every player on every play of every game during the 2018 college football season, it’s time we unveil the 2019 Preseason PFF All-MAC first team, second team and honorable mention for every position on offense and defense as well as for the first time ever, specialists.

The Preseason All-MAC list may differ a bit from any year-end look back at the previous season as we project to the 2019 season ahead of us. Find out which of these athletes made the PFF All-American team as well. 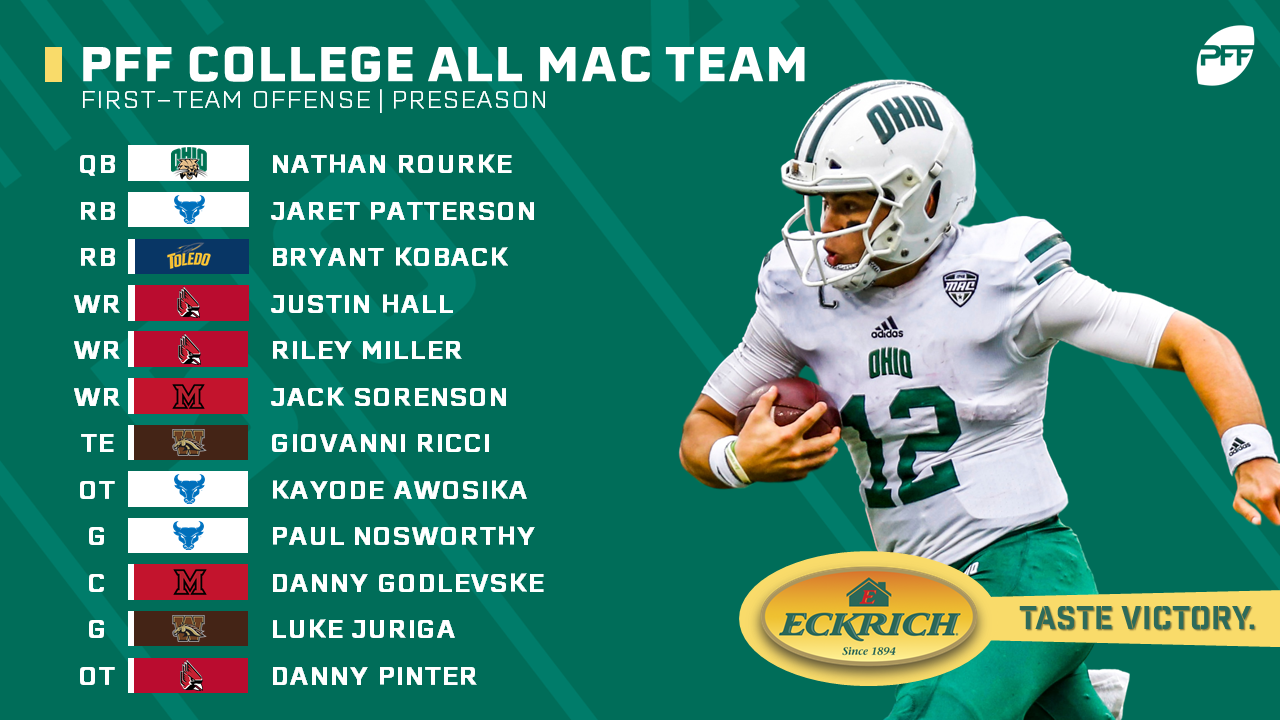 The MAC will be a one-horse race to see if anyone can stop the Ohio Bobcats in 2019 as they're led by senior signal-caller Nathan Rourke. Talented receivers dot the rest of the conference who will undoubtedly bring forth some exciting #MACtion later this season.

*Eskridge is transitioning to cornerback but his prowess from year's past still deserve note here. 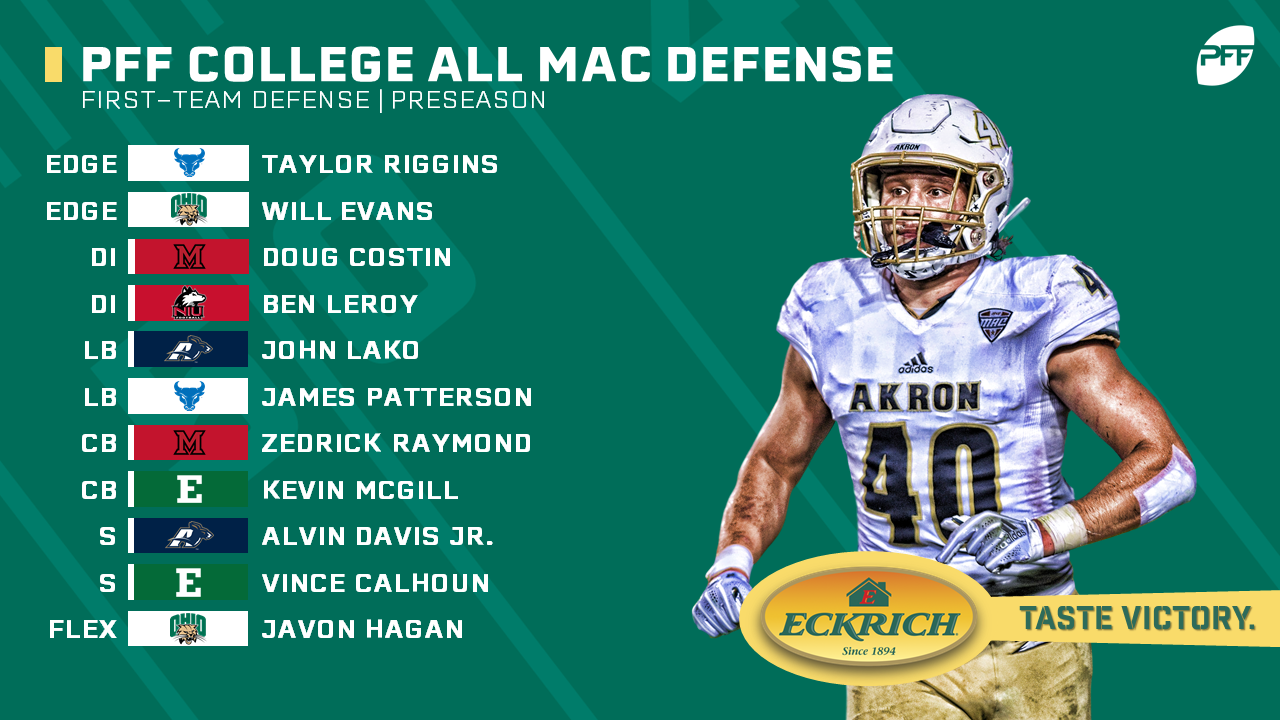