Behind their signal-caller Joe Burrow, LSU ran wild on Georgia, defeating the No. 2-ranked Bulldogs, 36-16. Burrow rushed in two scores himself while running back Nick Brossette scored a late touchdown as LSU totaled 290 yards on the ground against Georgia on Saturday.

Clyde Edwards-Helaire continued his strong season, tallying 145 yards himself but was kept out of the end zone, just barely. Edwards-Helaire had two carries go almost for scores but a shoestring tackle and an acrobatic move on another weren't enough to get him in the end zone. Still, he led the game with his 120 yards after contact while he forced another four missed tackles, giving him 29 missed tackles forced on carries this season.

Burrow snuck in his two touchdowns on the ground at the goal line, as he had 79 yards on 11 designed carries and another eight yards on a scramble. He wasn't particularly effective through the air, completing just 15-of-30 passes for 200 yards but he did keep the ball relatively safe, avoiding any interceptions despite two turnover-worthy plays. 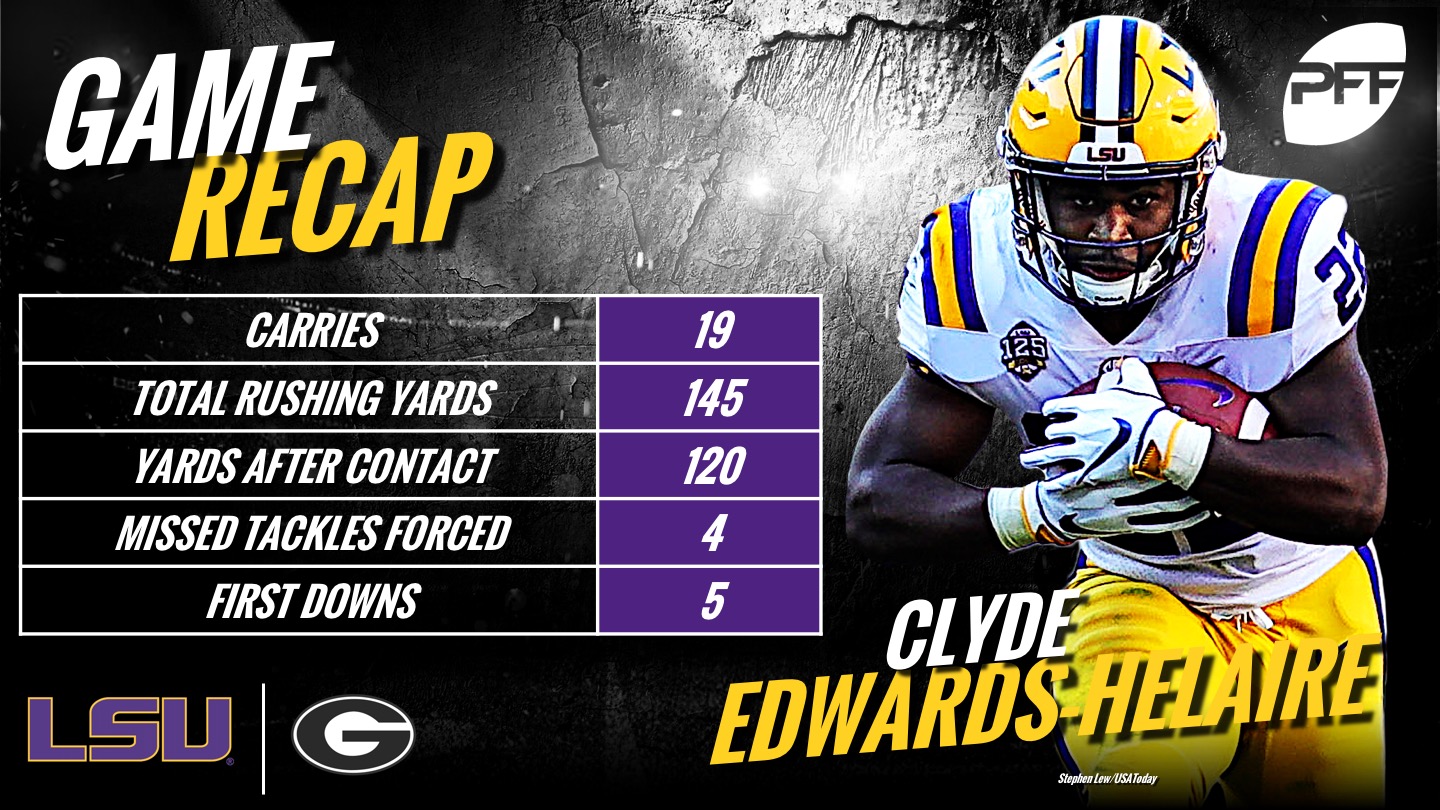 The rushing attack for the Tigers kept them on schedule and the defense did their part of stymying the Georiga offense. Kristian Fulton led the charge on defense, logging 29 snaps in coverage and allowing no receptions on three targeted passes. He grabbed an interception himself deep in Georgia territory, sporting a 0.0 passer rating on throws into his coverage.

Greedy Williams had arguably his best game to date, seeing seven targeted passes of which he allowed just two receptions and recorded a pass breakup. 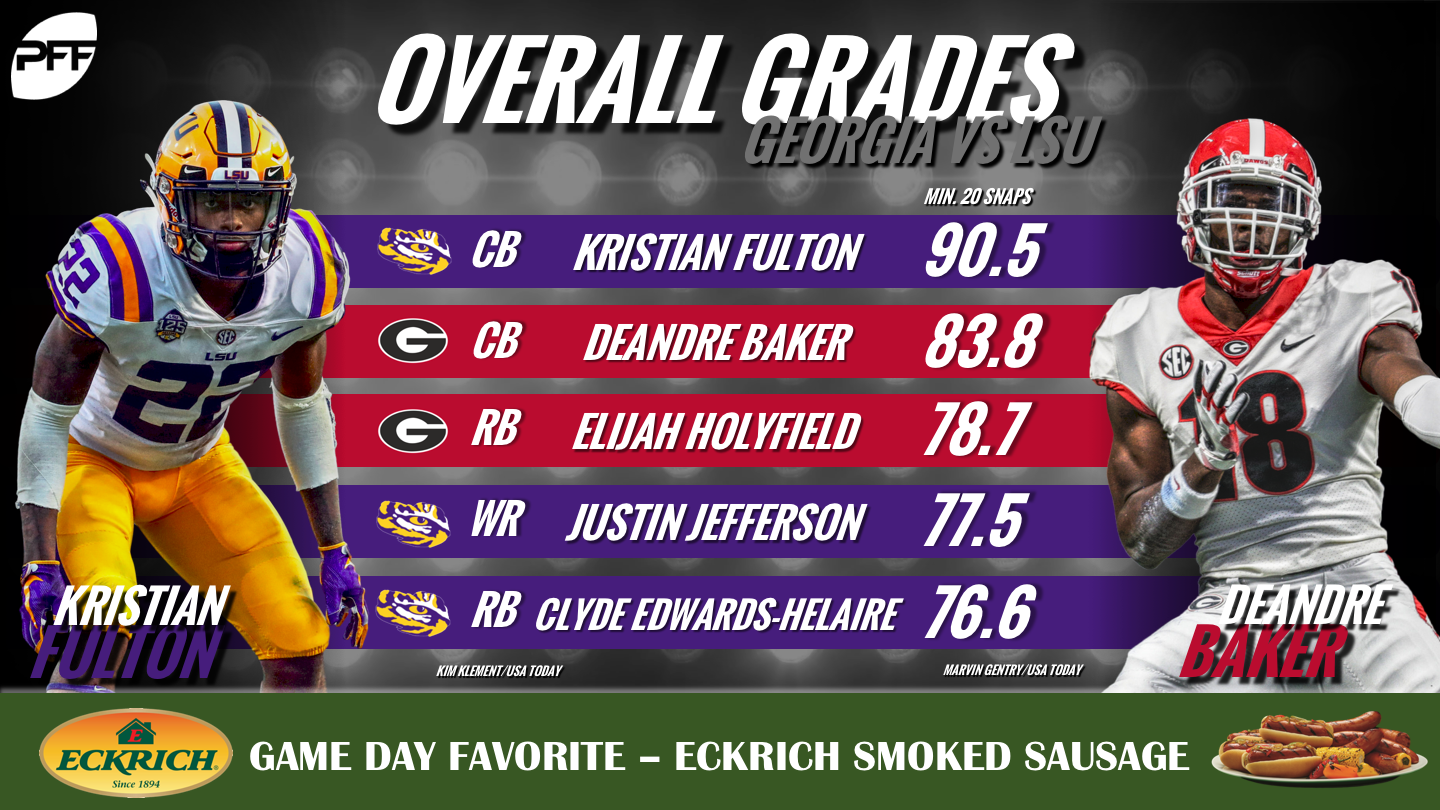 For Georgia, while their offense struggled, our top-graded cornerback Deandre Baker did everything he could to limit the LSU passing attack, allowing just one reception on six targets for just six yards. He broke up two passes and finished with a team-high 83.8 overall grade.

The Georgia defense missed six tackles in an uncharacteristic performance, allowing 30 or more points for the first time since their victory over Oklahoma in the College Football Playoff semifinals last season.