Highest-graded players in the Michigan victory over Michigan State, 21-7

This highest-graded players recap is brought to you by Eckrich, the Official Smoked Sausage of the College Football Playoff.

Michigan kept their College Football Playoff hopes alive with a hard-fought 21-7 victory over rival Michigan State. Despite a long lightning delay in the first half, the Michigan defense limited the Spartans offense to very little all game long and forced 11 punts. The Wolverines improved to 7-1 on the season, dropping Michigan State's record to 5-3 this year.

[Editor's Note: While we grade every player on every game, to qualify for an overall game grade for this recap's purpose, a player must have played at least 20 snaps to be considered a full-time contributor to the game.] 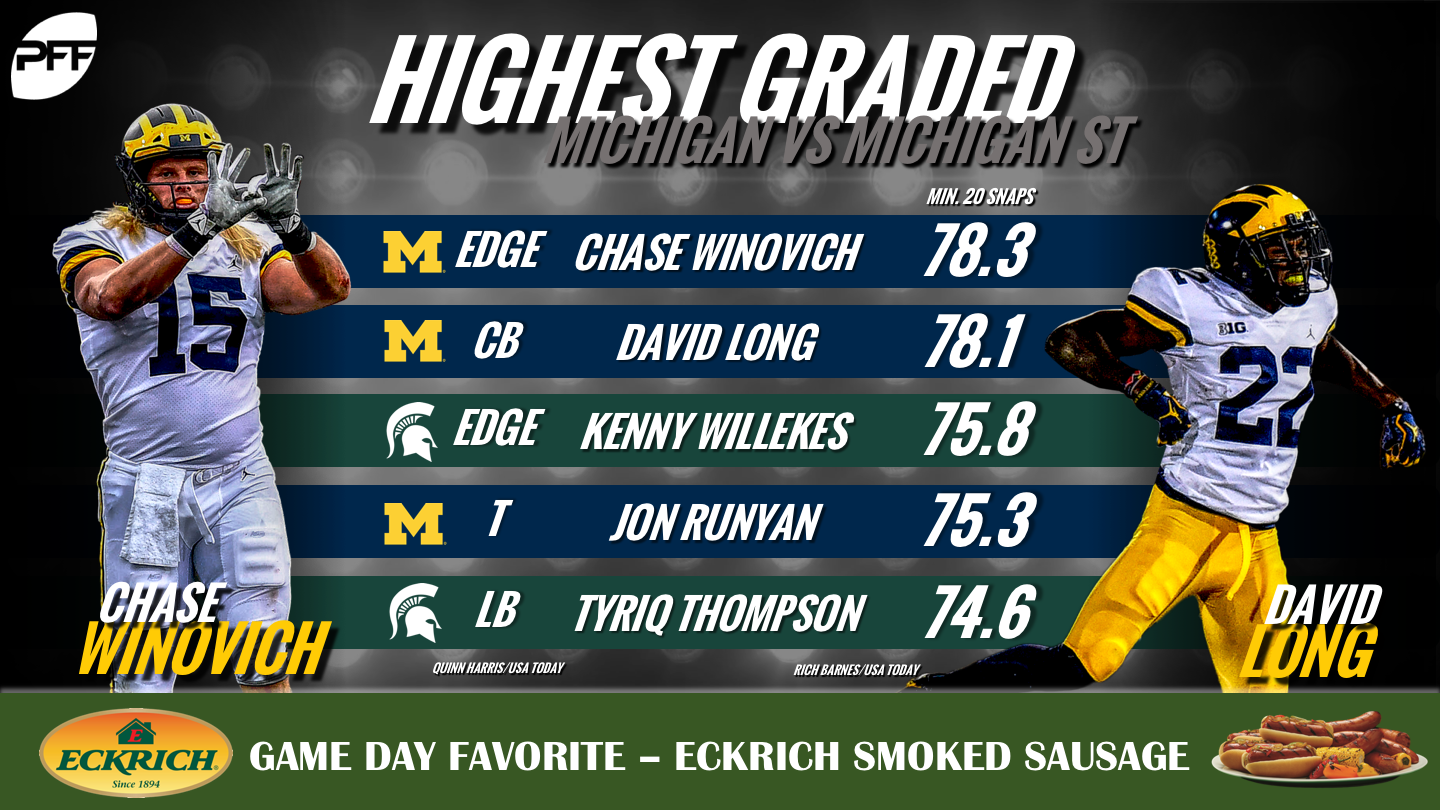