This highest-graded players recap is brought to you by Eckrich, the Official Smoked Sausage of the College Football Playoff.

Alabama received star performances from Tua Tagovailoa and his pass-catching cast of characters as well as a strong defensive performance from the nation's highest-graded player in Quinnen Williams, knocking off Tennessee, 58-21.

[Editor's Note: While we grade every player on every game, to qualify for an overall game grade for this recap's purpose, a player must have played at least 20 snaps to be considered a full-time contributor to the game.] 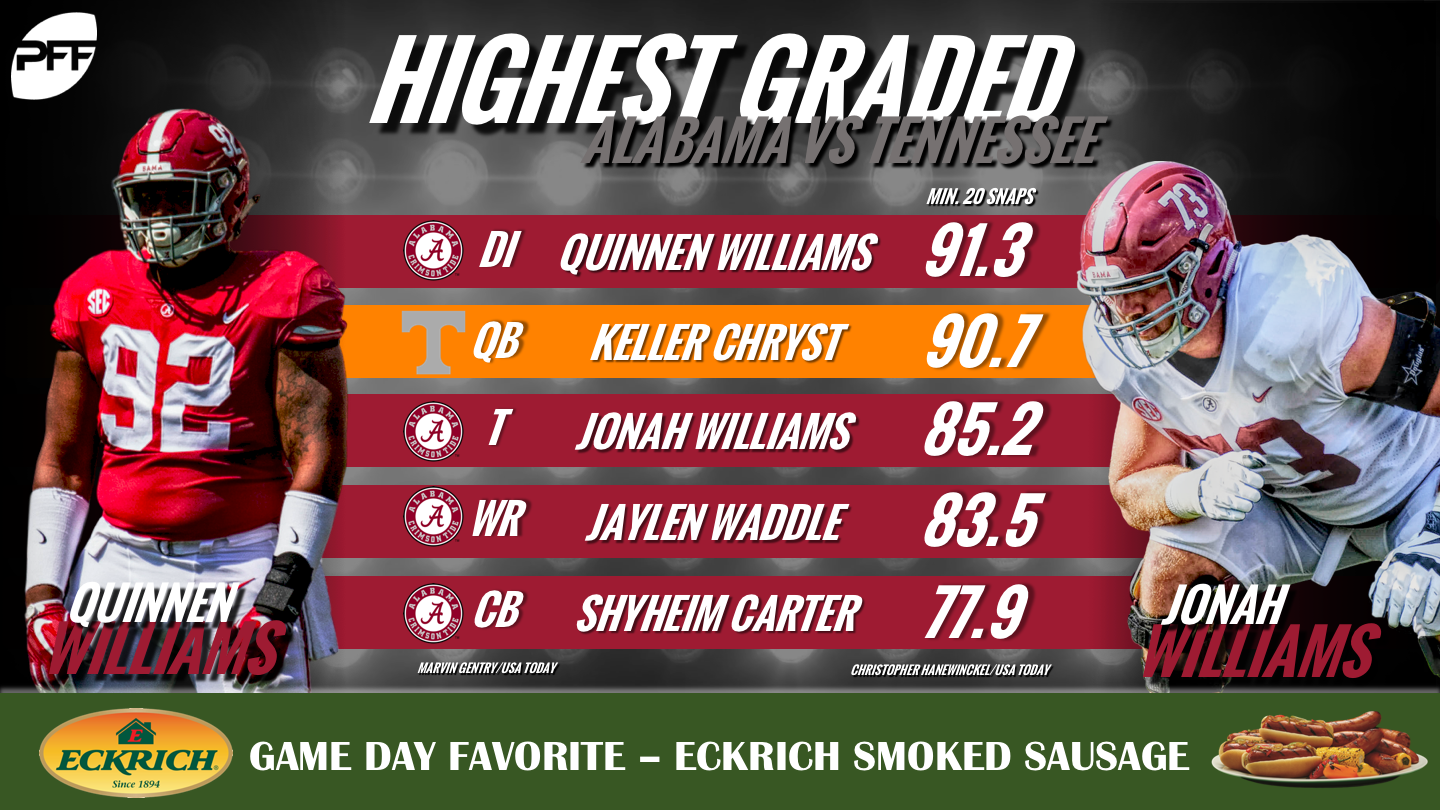