The Nick Saban era at Alabama has seen a plethora of talented players come and go, particularly on the defensive side of the ball. Since PFF started grading every player on every snap in the FBS in 2014, Alabama has had 21 defensive players drafted, 16 of which achieved an excellent grade of 80.0-plus in their final year.

Despite all of the departures, Saban continues to reload with new stars every year, and the early returns in 2018 have been no different.

Before we get into the new names to know on the Bama defense, let’s take a look at the talent that the Crimson Tide has sent to the NFL in recent years. 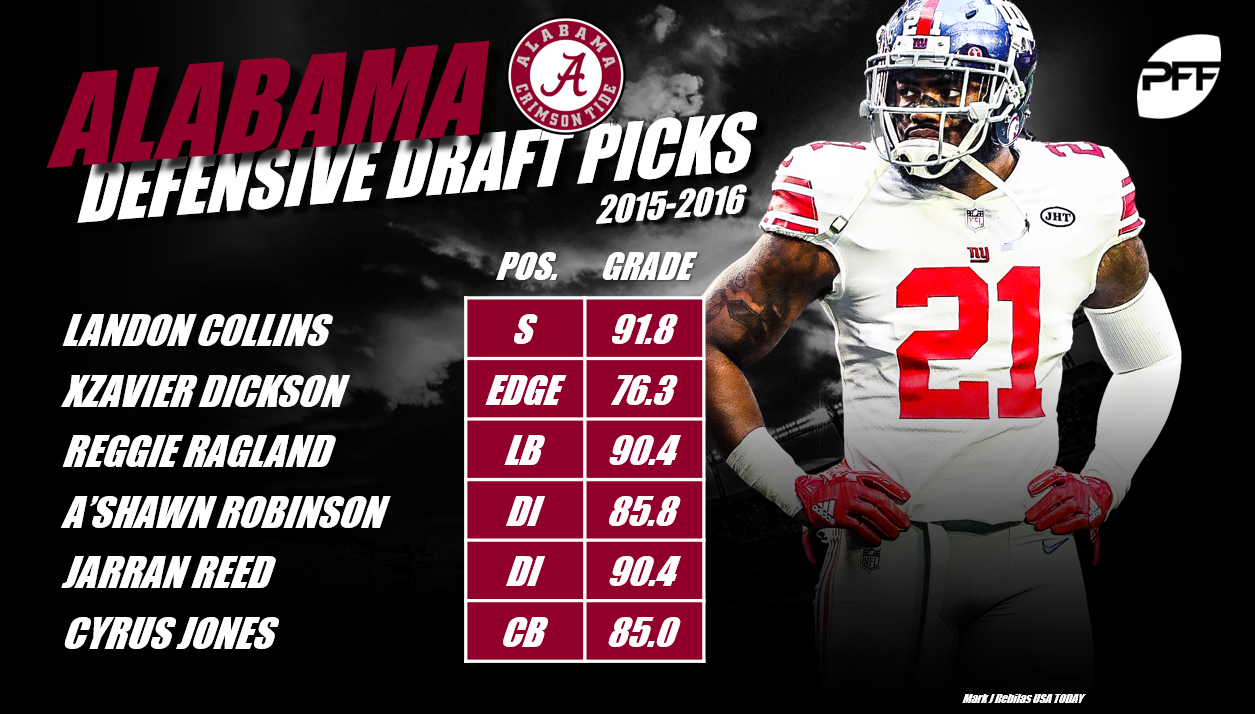 The 2014 season saw safety Landon Collins post the highest grade on the Alabama defense, and PFF put a first-round grade on him before the New York Giants took him in the second round of the 2015 NFL Draft. The 2016 season saw four second-round picks come off the board, including to interior defensive linemen in A’Shawn Robinson and Jarran Reed to go with linebacker Reggie Ragland and cornerback Cyrus Jones. 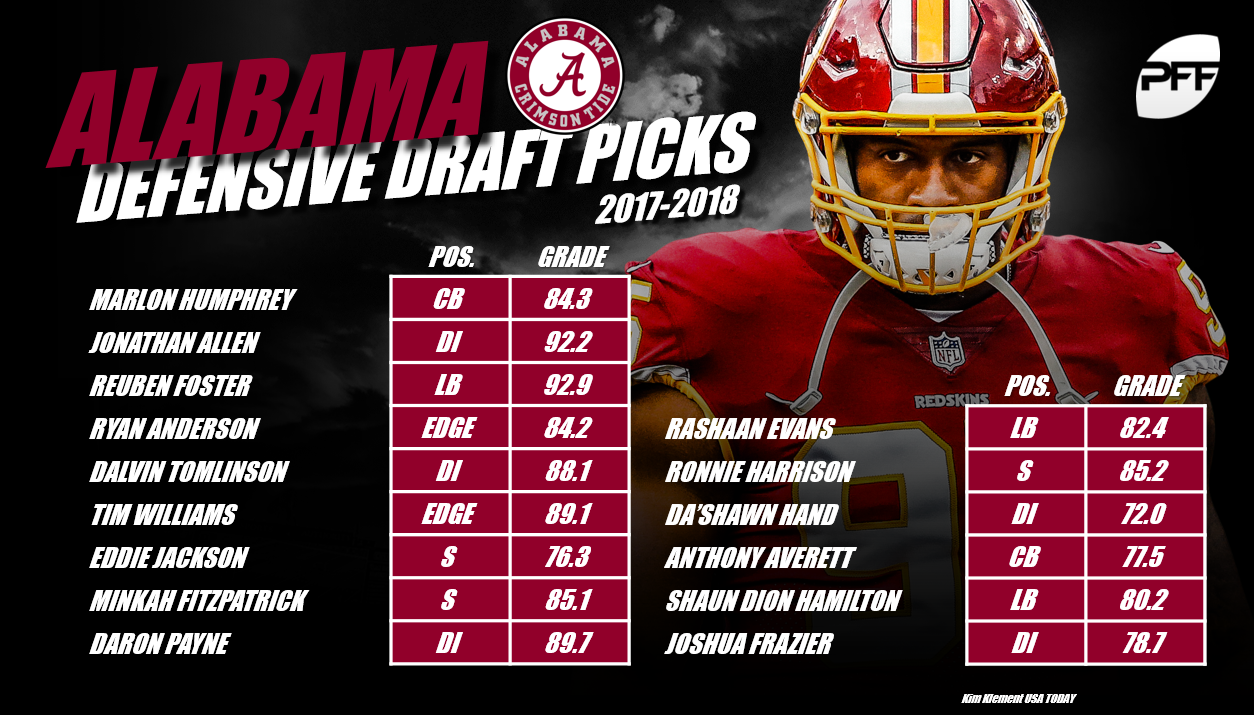 The 2016 Alabama defense may have been the best of the bunch, despite losing in the National Title game to Clemson. The team featured five future first-rounders, including interior defensive lineman Jonathan Allen who was one of the most dominant defensive players in recent memory in college football. LB Reuben Foster and CB Minkah Fitzpatrick entered the NFL as versatile defensive weapons, while CB Marlon Humphrey is off to a good start to his career with the Baltimore Ravens. The 2016 defense also featured perhaps the best pair of edge rushers in the Saban era in Tim Williams and Ryan Anderson who created havoc off the edge at an incredible rate.

This feature on Alabama is brought to you by Eckrich, the Official Smoked Sausage of the College Football Playoff.

Through three weeks, Alabama has the two highest-graded defensive players in the nation in DI Quinnen Williams and safety Deionte Thompson, perhaps made more impressive by the fact that the pair had only played a combined 456 snaps coming into the season. Williams has dominated up front, posting the top grade in the country against the run at 96.0 and he’s been disruptive in the pass game, ranking fifth at 86.2.

As for Thompson, he has the nation’s top coverage grade at 92.6 and he’s shown the ability to win from every relevant alignment for a safety. He has excellent range in the middle of the field and he’s even picked up a pass breakup in the slot while looking comfortable when playing in the box.

Williams and Thompson have been the clear stars of the defense to this point, but there’s more talent on the Bama defense. Cornerbacks Trevon Diggs, Shyheim Carter and Patrick Surtain II have combined to allow only eight catches on 28 attempts (28.6 percent) while breaking up eight passes between them.

Up front, Raekwon Davis continues his strong play against the run with an 85.8 run-defense grade to go with 10 pressures, while Isaiah Buggs has 10 pressures of his own on 71 pass-rushes.

This Alabama defense has managed to find a new potential superstar on their loaded defensive line while seamlessly breaking in a new secondary that is fully re-loaded and looking like the same talented units that have been out there in recent years.

When you add it all up, there’s a reason that Alabama is the clear No. 1 in the PFF Top 25 and their reloaded defense, paired with an explosive offense, make the Crimson Tide the best team in the nation.