Despite a late scare that brought Tennessee within 12 points, Georgia controlled the majority of the game as they pulled away for a 38-12 victory. The Bulldogs controlled the ball on the ground with a variety of runners while the defense did their usual strong work in limiting Tennessee’s scoring chances.

This Georgia recap is brought to you by Eckrich, the Official Smoked Sausage of the Georgia Bulldogs.

Georgia left tackle Andrew Thomas posted the top offensive grade on either side at 87.7 overall, including an 85.1 grade as a run blocker. 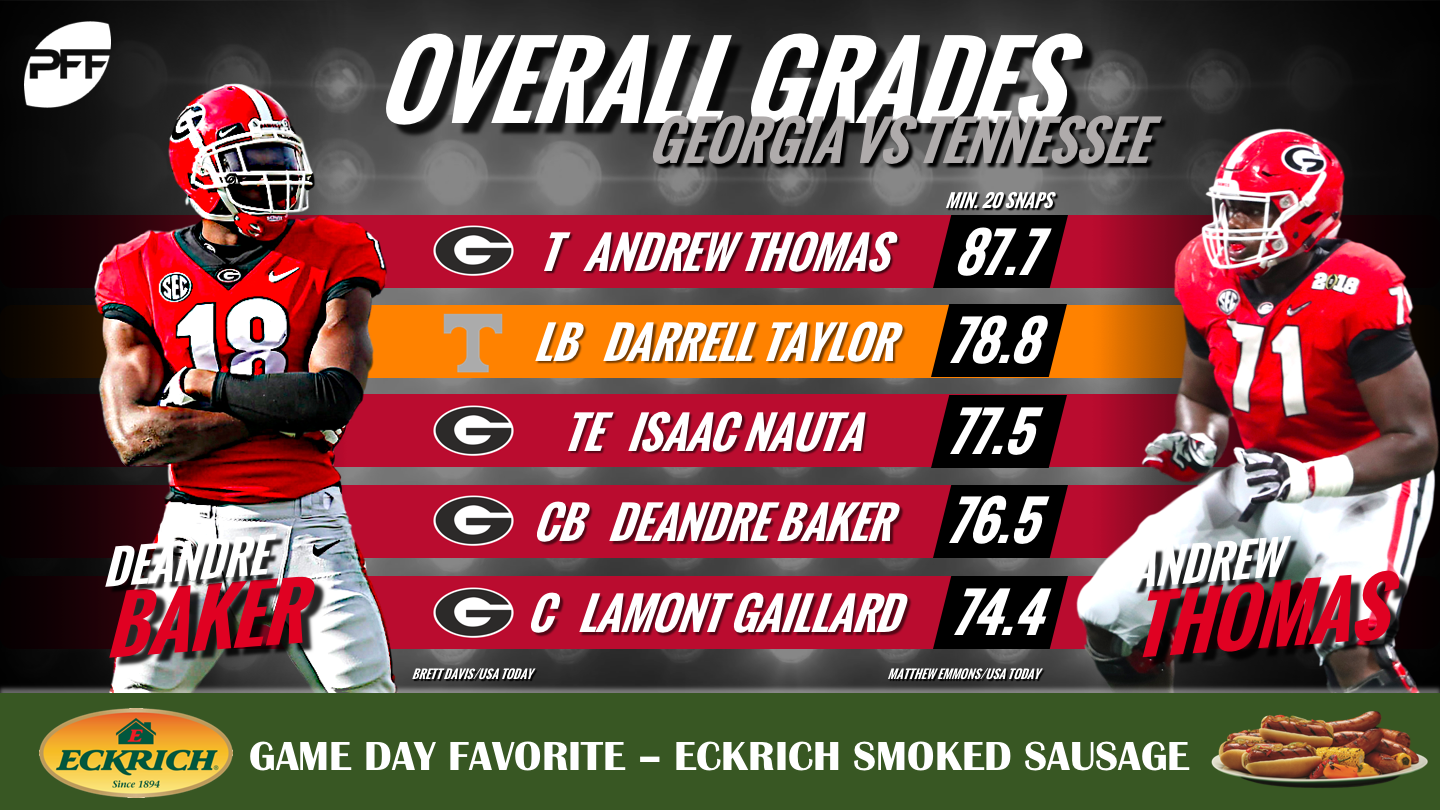 They spread the ball around offensively with D’Andre Swift, Elijah Holyfield and Bryan Herrien all combining for 37 carries for 184 yards with Herrien’s 69.4 rushing grade and three forced missed tackles leading the team. The other story revolved around backup true freshman quarterback, Justin Fields, who carried the ball five times for 45 yards and two scores as a change-of-pace for the Georgia offense. 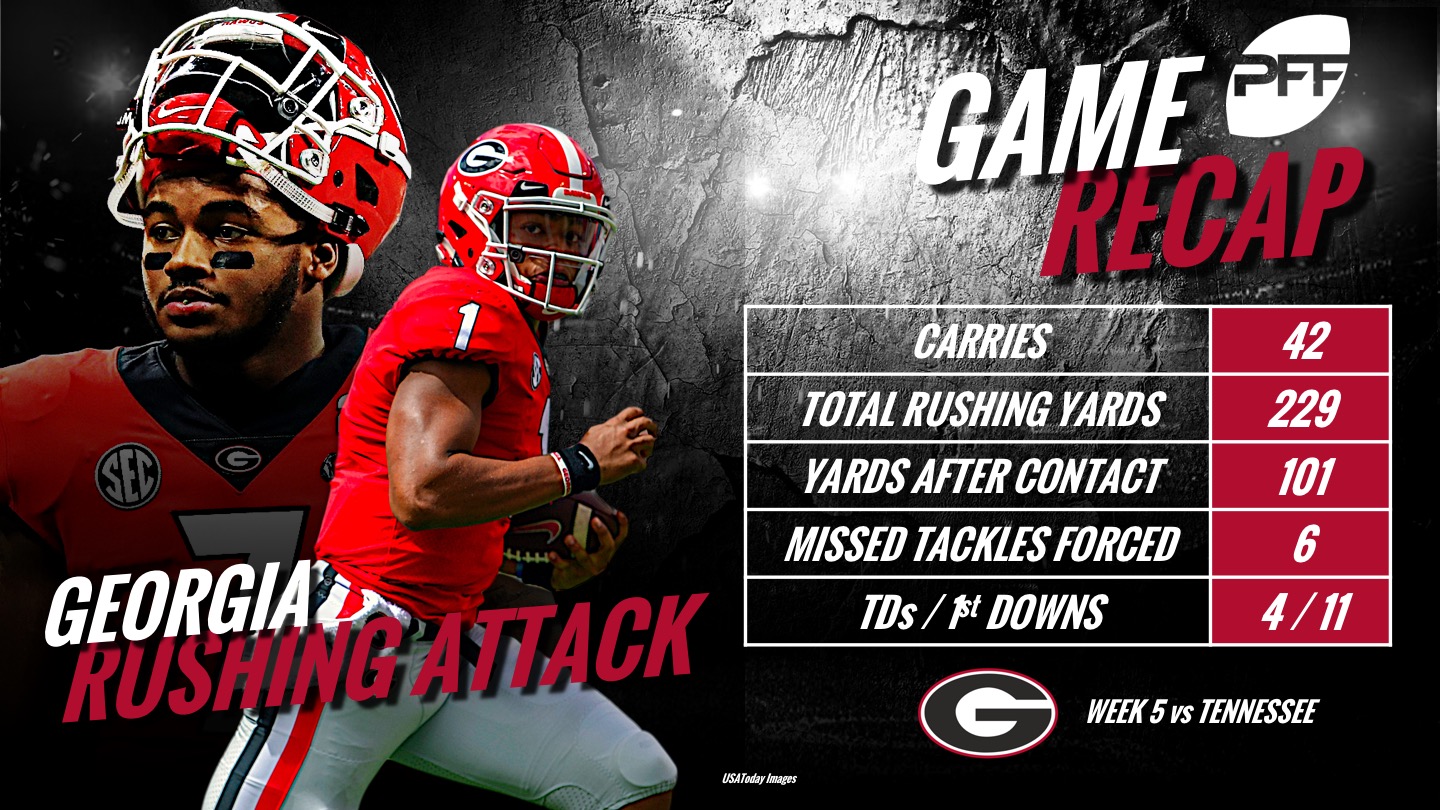 As for the Georgia passing attack, it was another week of many receivers getting involved as nine players caught at least one pass, however, this game lacked the big plays that they had been creating all season as the longest gain was only 23 yards. QB Jake Fromm posted a solid 66.2 grade completing four of his six attempts at 10-plus yards, however, he finished 0-for-3 on 20-plus yard throws.

Defensively, the best cornerback in the nation, Deandre Baker, allowed just one catch on three targets for 13 yards and he broke up the two incompletions. Edge defender D’Andre Walker led the pass-rush again this week with a team-high four pressures, while LB Monty Rice posted the top grade against the run at 86.5, finishing with three stops on only 18 snaps. 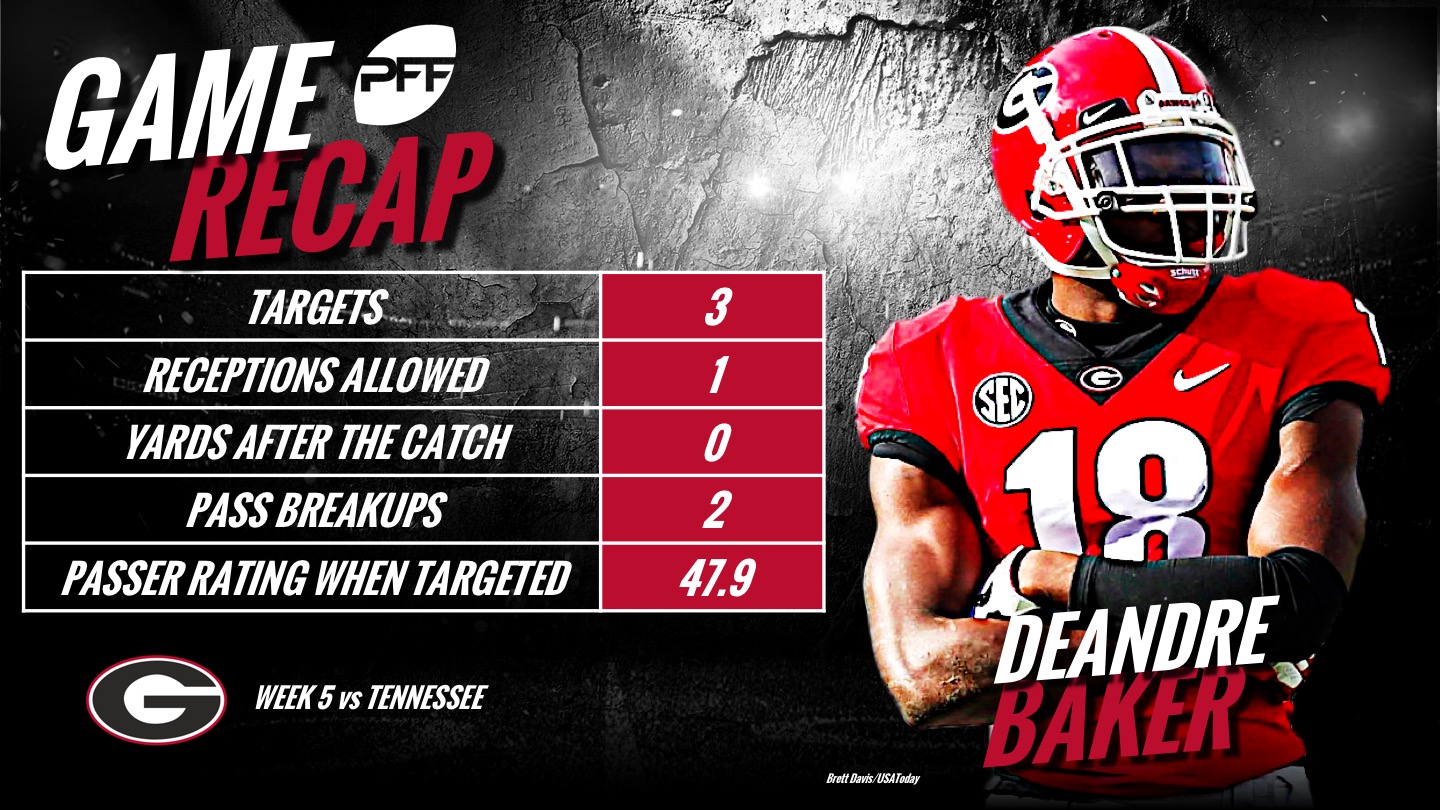 The defense was led by LB Darrell Taylor who finished with three sacks, two stops, and two forced fumbles, good for a 78.8 overall grade. However, the defense struggled overall, especially with the starters missing eight tackles and the team missing 10 overall. They also failed to create much pressure outside of Taylor’s work as Fromm was only under pressure on eight of his 26 dropbacks.