With eyes towards the 2018 NFL Draft, here are the players to keep your eyes on in the San Diego Credit Union Holiday Bowl.

While not an elite prospect in terms of height, weight or athleticism, Allen was one of the most consistent performers in the country at his position. He allowed no sacks, just two hits and eight hurries in pass protection this year, and his grades in both pass protection and run-blocking ranked in the top 12 nationally. His 85.8 overall grade ranks seventh nationally among all FBS centers. – @PFF_Josh 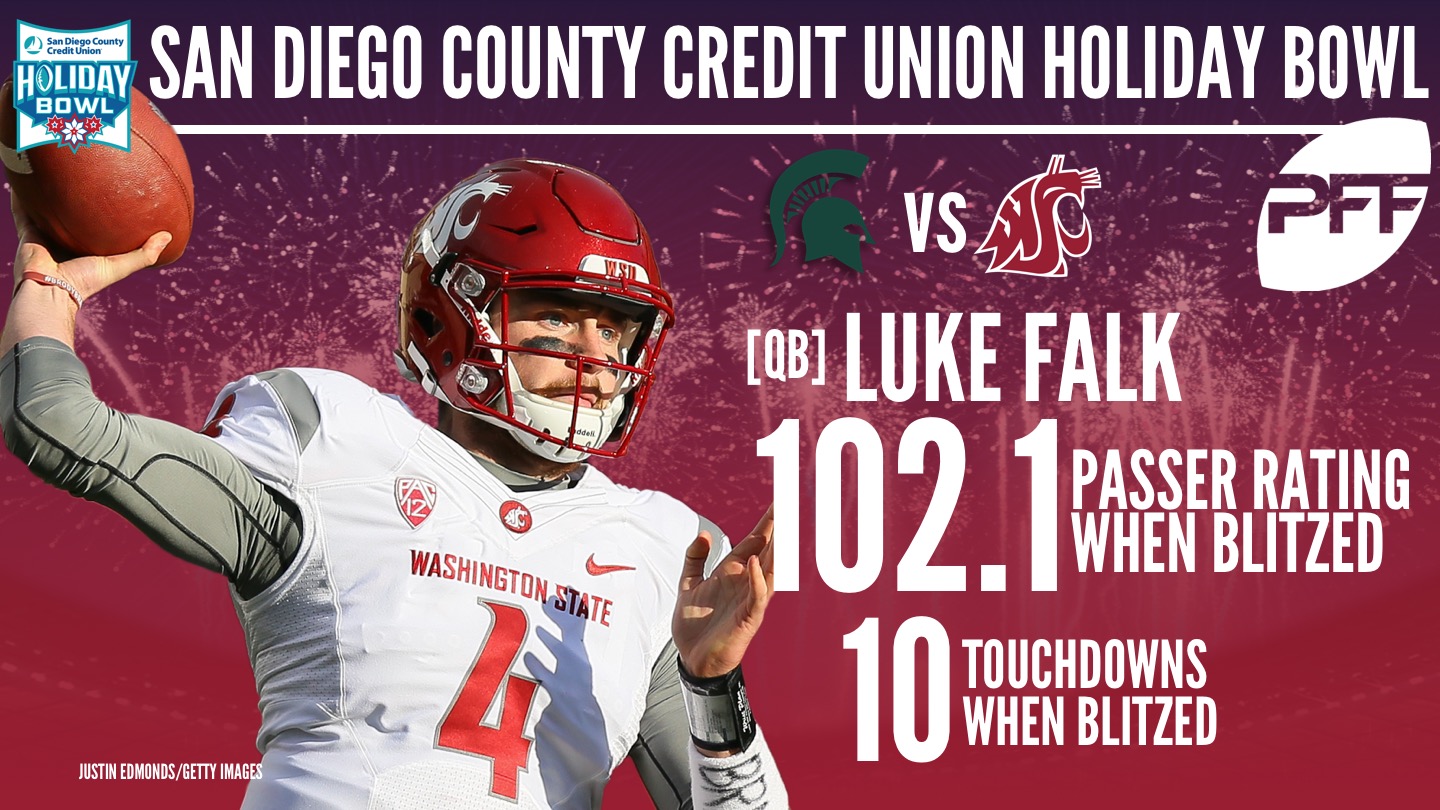 Luke Falk had a very strong 2016 campaign but his play has regressed in 2017. His adjusted completion percentage in 2016 was 78.8 but fell to 74.7 this year. Falk has been under more pressure this season and has been hit quite a bit, but even when not facing pressure, his accuracy has waned, as his adjusted completion percentage from a clean pocket was 81.4 in 2016 but dipped to 76.7 in 2017. The bowl game and Senior Bowl week will be important for Falk to elevate his draft stock. – @PFF_Jordan

Cody O’Connell only allowed one sack, one QB hit and three hurries on his 587 pass-blocking snaps and his pass-blocking efficiency rating of 99.3 ranks him No. 3 among all FBS draft-eligible guards. The massive O’Connell ( 6-foot-8, 344-pounds) can also move people around as a run blocker and is part of a talented draft class at the guard position. – @PFF_Jordan 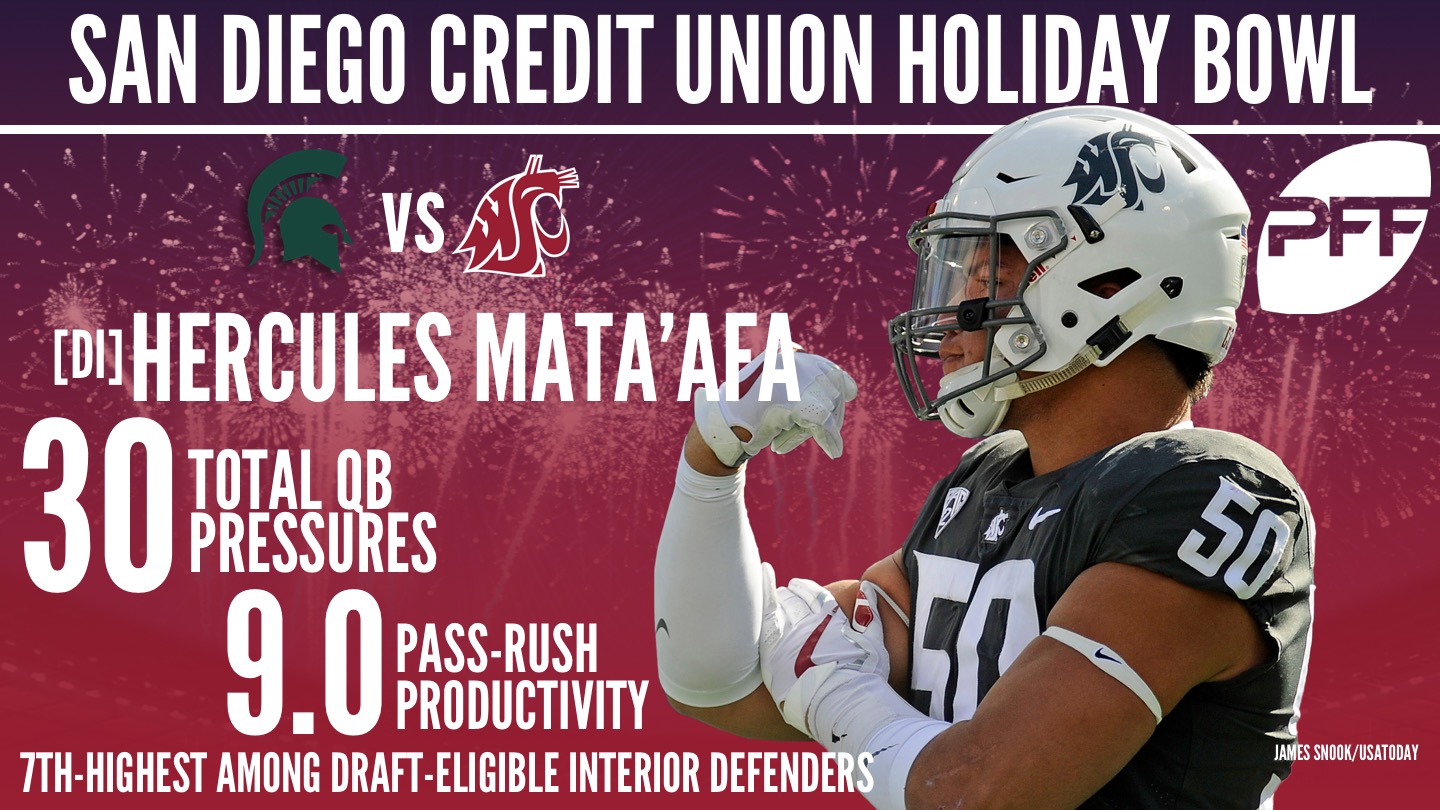 Hercules Mata’afa is an undersized defensive tackle who wins with quickness and tenacity. He is an excellent interior pass-rusher despite his size and has 10 sacks, six QB hits and 14 hurries on his 279 pass-rushing snaps this season. Mata’afa’s pass-rushing productivity rating of 9.0 ranks seventh among draft-eligible FBS defensive tackles although he will likely be moved to an edge role in the NFL. – @PFF_Jordan