It’s been almost impossible to get a read on where negotiations between Jackson and the Ravens stand on a day-to-day basis, but Murray’s extension is undoubtedly another data point that helps more clearly define where this deal could land.

First and foremost, from a football perspective, Jackson’s talent is undeniable and his flaws are often over-emphasized. PFF’s Sam Monson wrote a full-length article that debunked the various false narratives surrounding Jackson’s passing ability, and PFF’s Tej Seth very cleanly illustrated how the notion that Jackson struggles in pure passing situations is a fallacy: 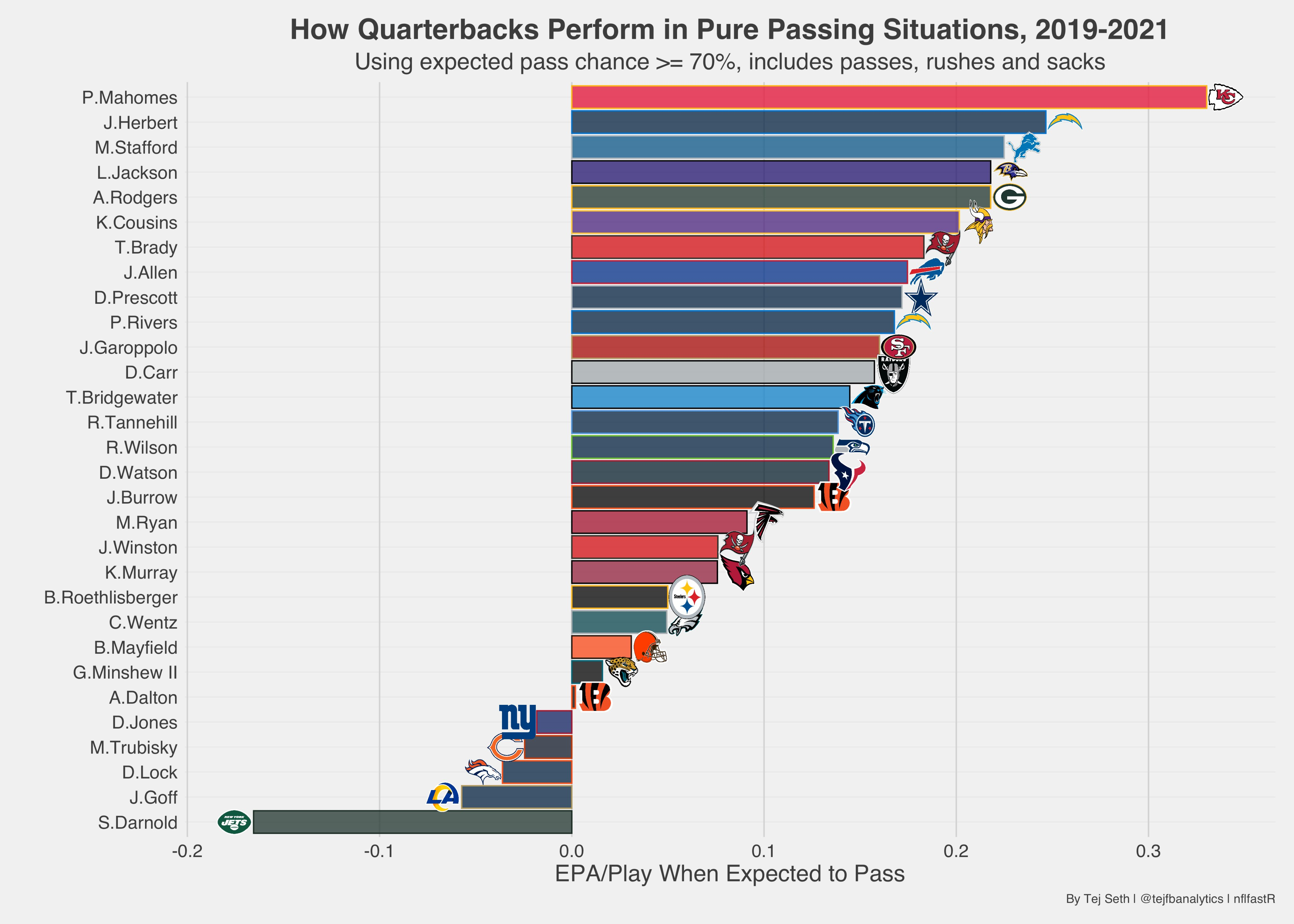 One oft-mentioned criticism of Jackson is that he can struggle to throw outside the numbers, and while Baltimore’s lack of prominent outside wide receivers since 2018 is an important caveat, this does bear out in his heat map chart below: 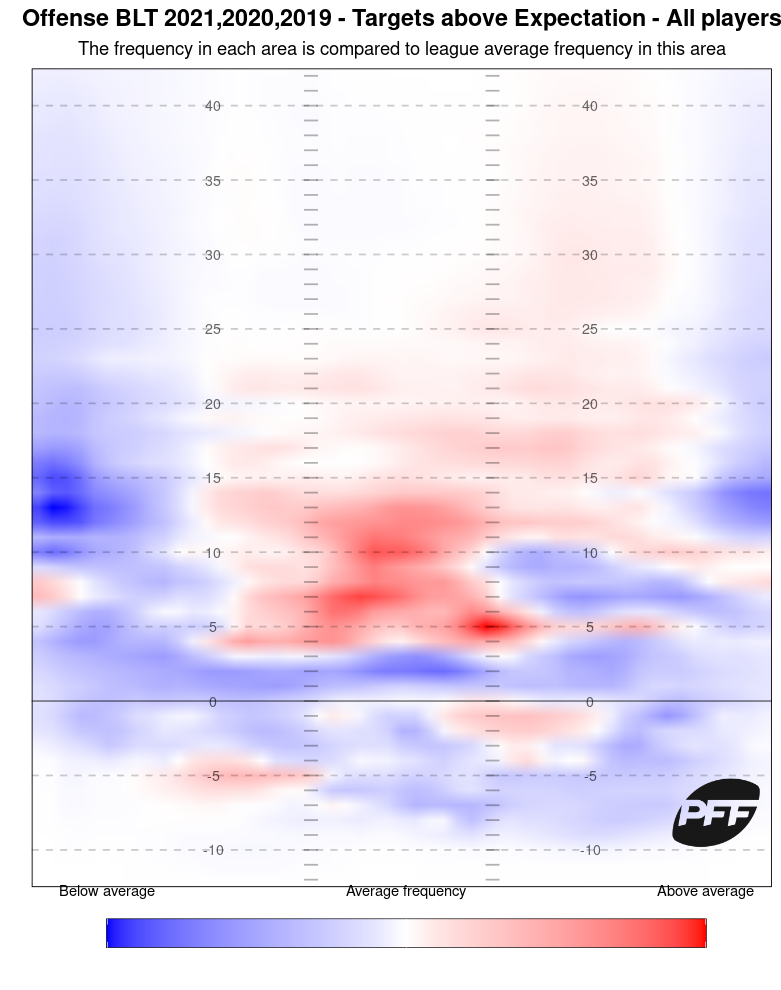 All of that said, Jackson was the NFL MVP in 2019, his Pro Bowl nod in that year earned him an elevated $23.016 million fifth-year option for 2022, and he won his first playoff game in 2020 to silence some of the remaining doubters. His play has been dissected from every angle, and for our purposes, all that really matters is this: He’s going to become one of the NFL's highest-paid quarterbacks.

So let’s move on to examining what a potential deal could look like.

The Deshaun Watson contract will, in many ways, be treated as an anomaly; in particular, the entire $230 million deal being fully guaranteed at signing is not something we expect to see emulated. However, the Ravens may come as close as any team structuring the deal that way.

Ravens owner Steve Bisciotti on Deshaun Watson's $230 million guaranteed contract: "I don't know that he should've been the first guy to get a fully guaranteed contract. To me, that's something that is groundbreaking, and it'll make negotiations harder with others."

We can illustrate this by comparing how each player stacks up in terms of their contracts' average annual value relative to the other top earners in their respective position market and then juxtaposing those rankings with how the players stack up in terms of total guarantees in addition to Year 1 and Year 2 cash flows.