• According to PFF’s Successful Coverage Over Expected metric, the Lions' 3 starting cornerbacks are among the league's worst in coverage. 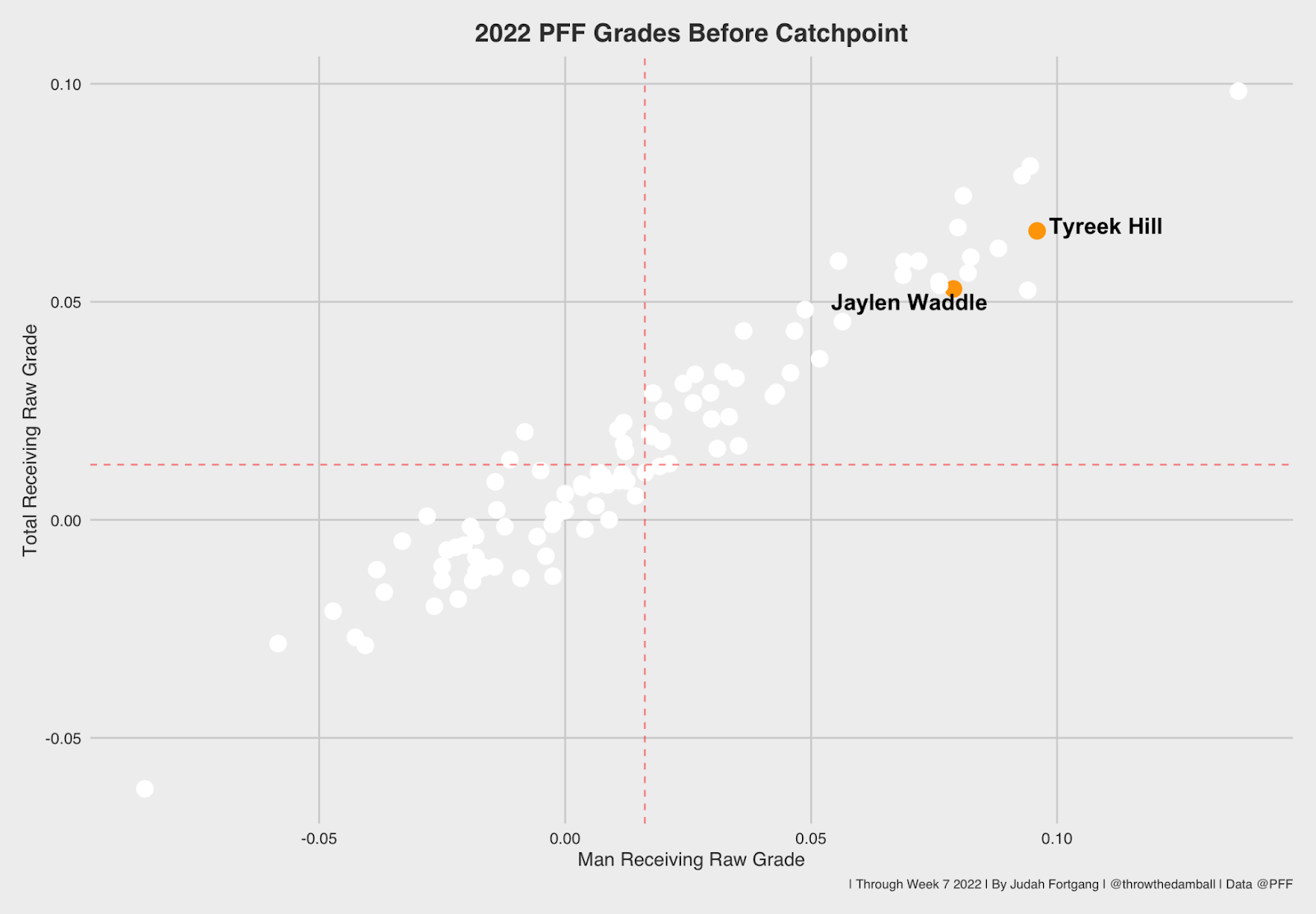 • This could spell some serious trouble against the dynamic duo of Tyreek Hill and Jaylen Waddle who, as you can see, have thoroughly dominated man coverage this year.

• Good receivers against bad corners while in man coverage is a recipe for fantasy goodness and receiving overs.

Story: With a clean pocket all day, Garoppolo and Aiyuk lead SF to victory.

• The Rams only generate pressure on 23% of their plays — which is the worst mark in the NFL. 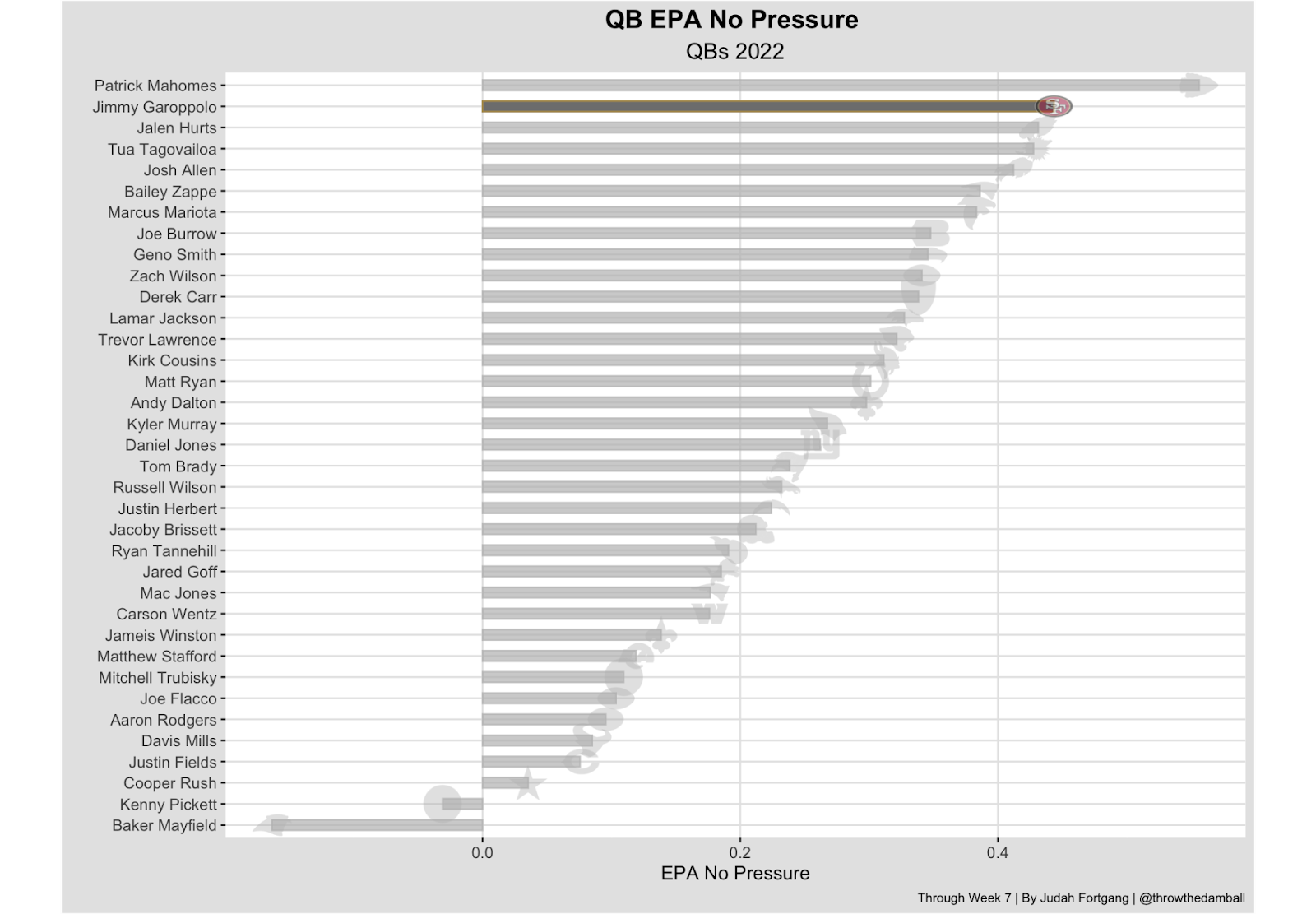 • Jimmy Garoppolo’s production has been elite when his pocket is kept clean, with the NFL's 2nd-best EPA when not under pressure (0.44).

• Volume should be on Garoppolo’s side, as the Rams are the best in the NFL in Rush Defense EPA, and teams run 4% above expected against them.

• With Deebo Samuel out and the Rams allowing the fewest targets per game to tight ends, Brandon Aiyuk is set to step into a featured big role in what should be an efficient and voluminous spot.

• Although Joe Mixon has struggled so far this season to the tune of 3.3 yards per carry, a matchup with a Browns defense allowing by far the worst Rush EPA in the NFL might just be what the Dr. ordered.

• Not only has the Browns run defense been inefficient, but teams run over expected against them 6% of the time, suggesting that there will be plenty of volume on Mixon’s side as well.

• Mixon only has 3 TDs so far this season, but his 27 red-zone touches are the most in the NFL. The opportunity is present and it is only a matter of time before Mixon punches those in for scores.