• Live-bet game plan in Bills-Chiefs: Offensive volatility and firepower are live bettors' best friends. Grab both sides and bet on the volatility and lead changes of elite offenses.

• Live-bet game plan in Cardinals-Seahawks: If Seattle starts hot, bet Arizona on moneyline and spread, as the live odds fail to account for information that should be built in: the Cardinals struggle early but are strong late in games.

But with 12 games on Sunday, it can be quite overwhelming for the bettor to follow the different markets and capitalize on inefficiencies. The goal in this space is to provide angles to monitor, helping bettors cut through the noise and leave with a gameplan for what to live bet.

Live-bet game plan: If Seattle continues to dominate offensively on scripted plays, back the Cardinals and/or the Seahawks team under

• So far this season, the Seahawks have been one of the best teams at moving the ball on scripted plays — and Arizona one of the worst. 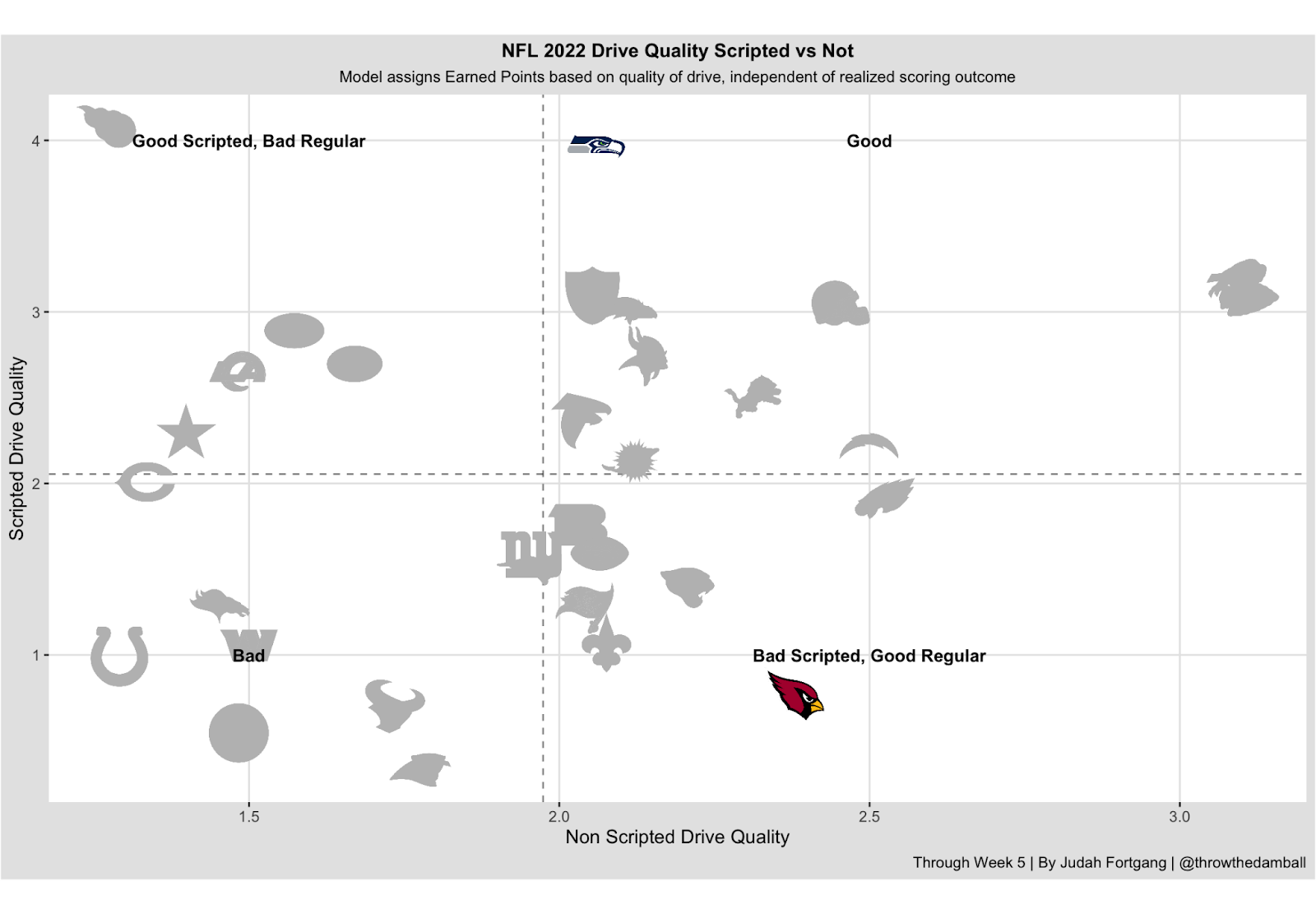 • But over the course of a game, Arizona is the better offense, despite early struggles. This, of course, is baked into the initial price, as the Cardinals are slight favorites.

• The reason I like this as a live play—and not a 1st quarter or 1st half bet—is that perhaps the Seattle defense that ranks 31st and 32nd, respectively, in EPA and Drive Quality is precisely what the doctor ordered to jumpstart the Arizona offense.

• If Arizona continues to struggle early and Seattle jumps out to a lead, we can back the Cardinals moneyline at + money and spread, as the live odds fail to account for information that should be built in: they struggle early but are strong late in games.

• Even if Arizona comes out matching them on offense, if the Seahawks again start hot, their live team total is in play for all of the same reasons we listed above.

Live-bet game plan: Grab both sides and bet on the volatility and lead changes of elite offenses 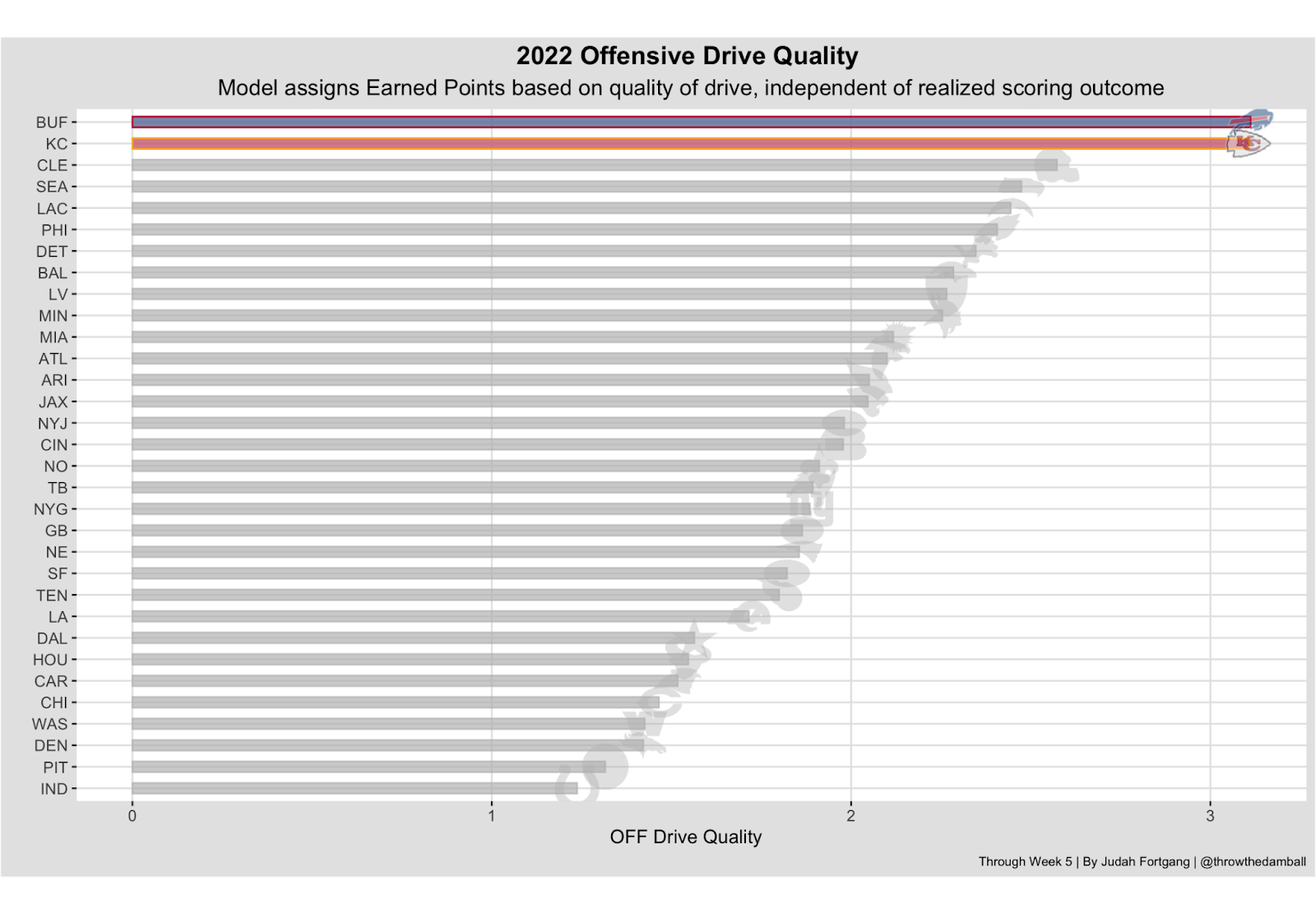 • These offenses have been absolutely elite and are in their own tier in terms of moving the ball. And the same goes for EPA, where the Bills and Chiefs rank first and second, respectively.

• As we have touched on in this space, offensive volatility and firepower are live bettors' best friends. Quick lead changes lead to quick and big swings in win probability—and corresponding odds—which grants bettors the opportunity to grab both sides and/or create a middle for guaranteed profit. Consider how betting this AFC divisional game last season between these two teams would have yielded so many opportunities to grab both sides.

Live-bet Game Plan: If Dallas is playing from behind and forced to abandon the run early, bet Eagles and alt lines and Cowboys team total under

• The Cooper Rush-led Cowboys have gotten off to a remarkable start en route to winning their first 4 games with Rush starting. But in each of those games, the Cowboys have been in either neutral scripts or playing from ahead. 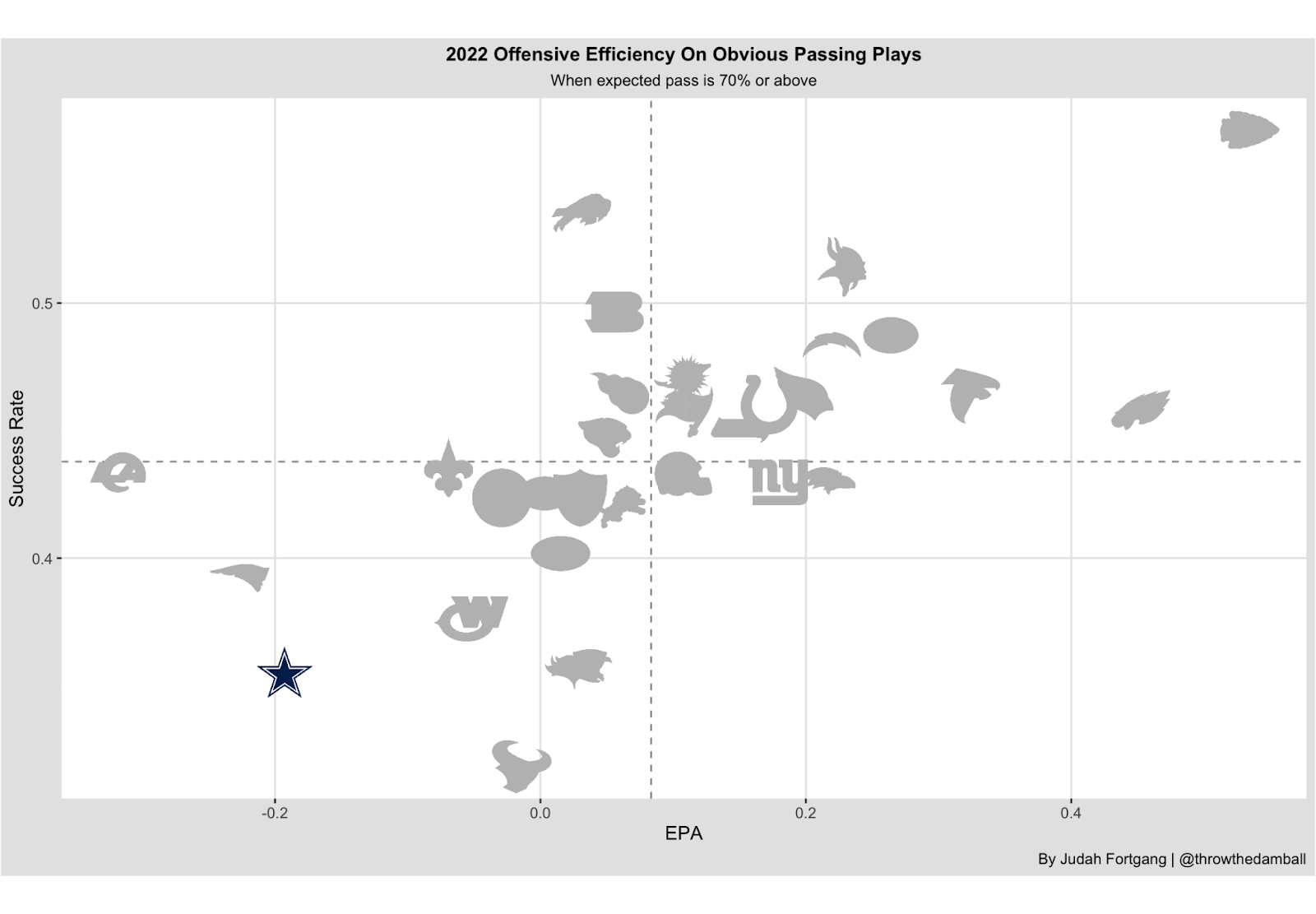 • But it is a whole different story should the Cowboys be forced to play from behind. In obvious passing situations, Rush and the Cowboys have been the least efficient offense in the entire league. Facing an Eagles defense ranked 5th in EPA and 6th in Drive Quality, there is a decent likelihood Dallas falls behind early.