The biggest wrinkle of the Showdown format is the ability to choose one captain (CPT), who costs and is scored at 1.5 times the standard values. The CPT designation opens up another layer of strategy while exponentially increasing the number of possible lineup combinations, which is important for reducing duplicate winners and split prizes. I wrote a primer on playing this format, with details on historical positional trends and salary usage.

The spread and over/under are similar in these matchups (Dolphins -2.5, 44 O/U versus this matchup at Broncos -3.5, 42.5 O/U). All the players aren’t perfect matches, but that’s why we use 100 similar matchups and not just the single most similar.

I went through the millions of possible lineup combinations for the 100 most similar matchups and found who the CPT selections were on the top five scoring lineups for each matchup. Here are the 500 CPT choices from those matchups by position rank according to salary. 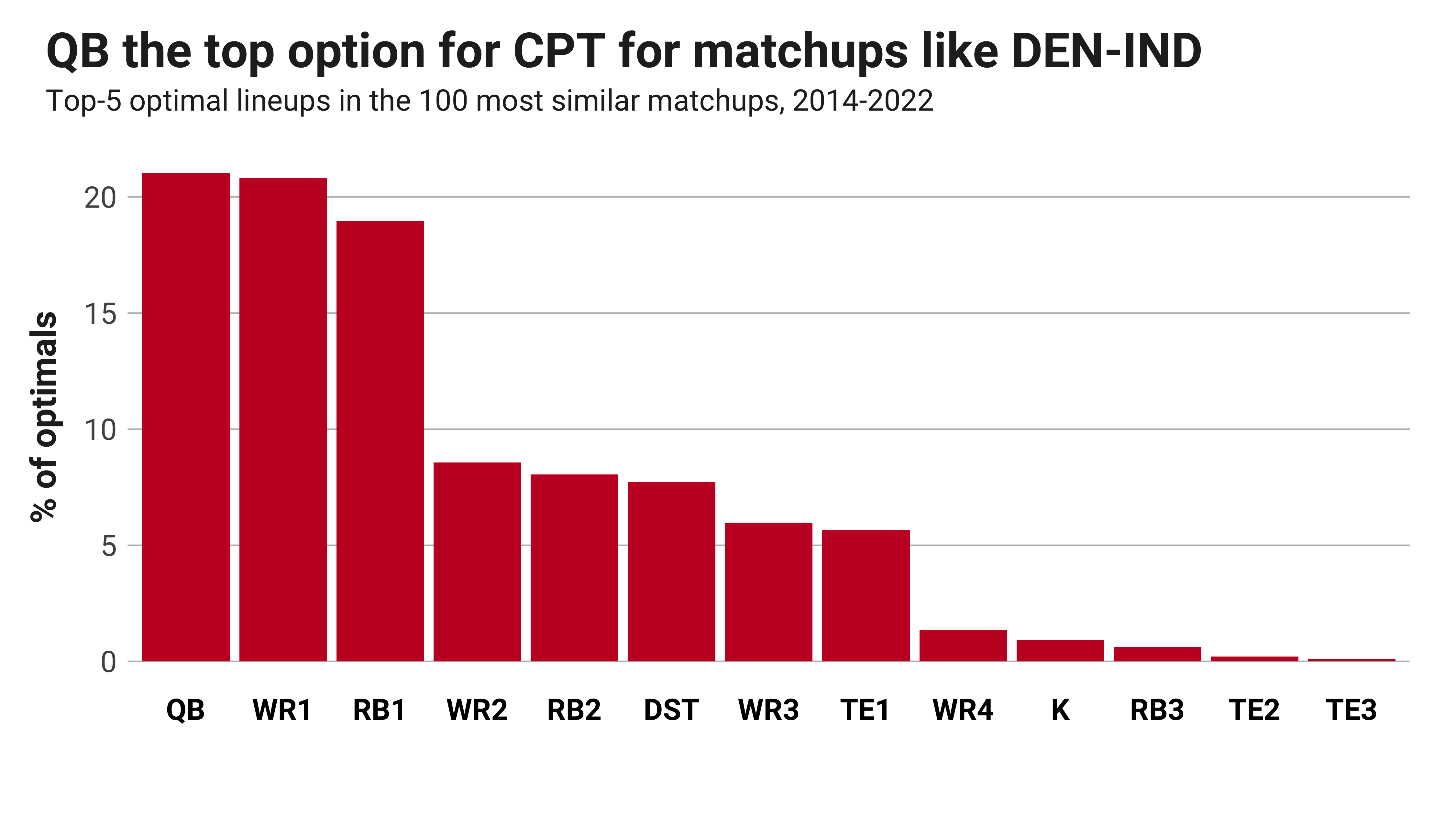 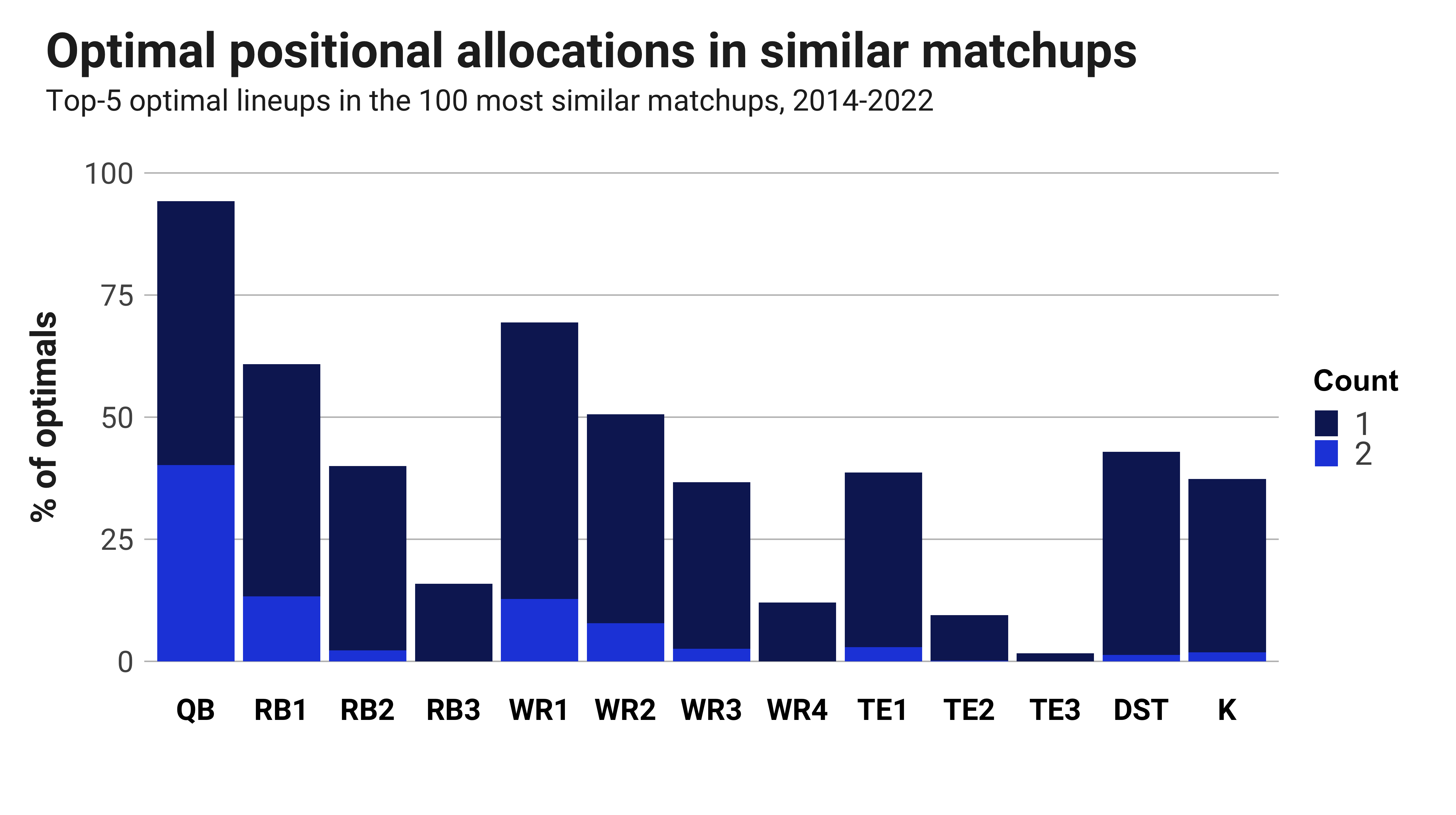 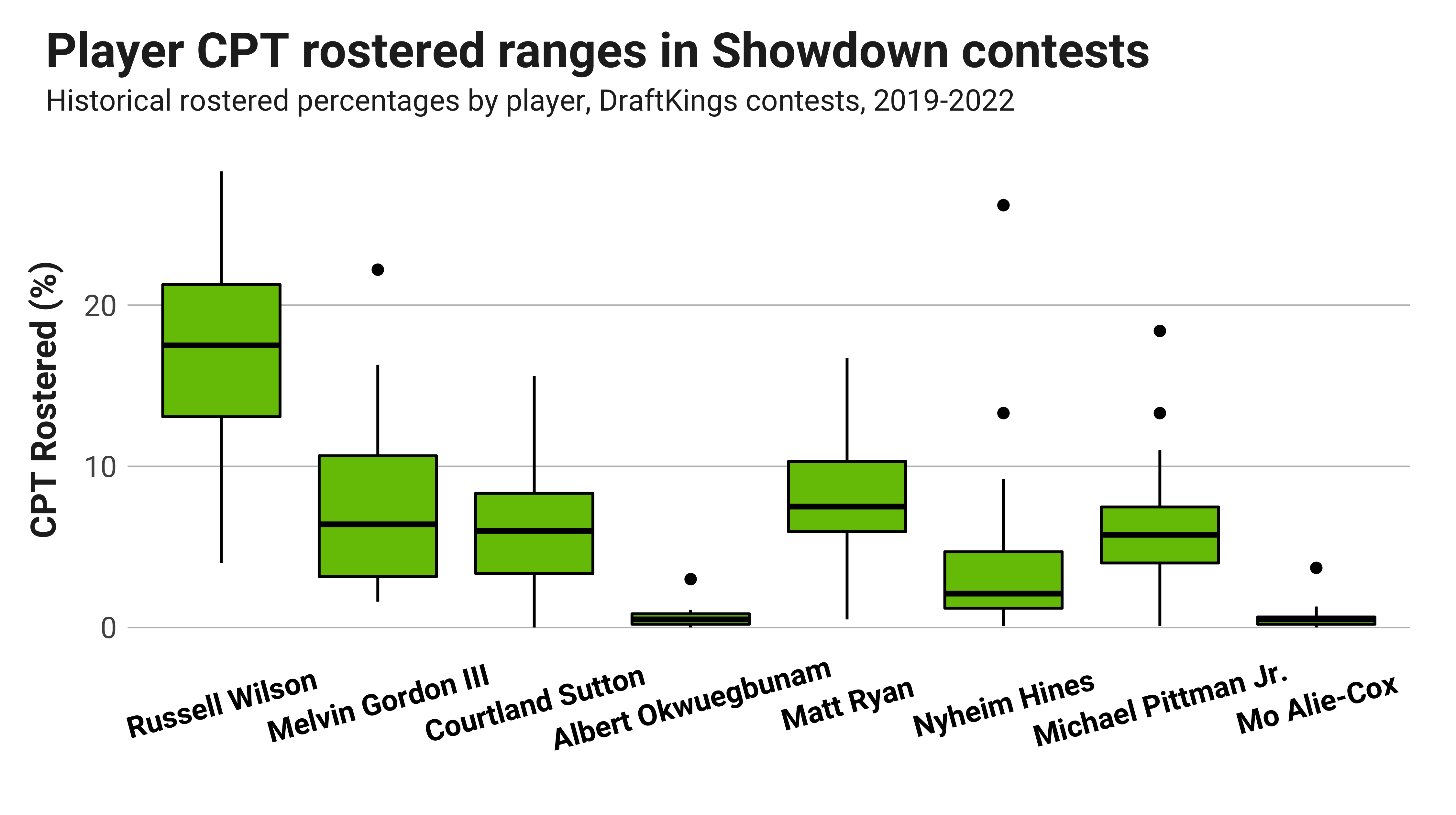 This is where the analysis comes together and becomes actionable. What’s most important when viewing these numbers is to contrast them to the optimal numbers taken from the analysis above for different positions. Then we see where the leverage may exist.