There are five main components to this Week 15 Showdown slate analysis that you’ll find below:

1. A breakdown of methodology and the most similar historical matchup to Minnesota Vikings–Chicago Bears as an illustration of the matching process: 2016 Week 14 Pittsburgh Steelers–Buffalo Bills, featuring Ben Roethlisberger as Kirk Cousins and Tyrod Taylor playing the role of Justin Fields.

3. Comparison of player ownership projections for FLEX and CPT produced by a model trained on 2018-2021 Showdown contest results to optimal allocations.

5. A table showing the most common players on optimal lineups for each player. This allows you to see which other players are commonly found on the same optimal lineups as a player you’re interested in rostering.

The spread and over/under are similar in these matchups (Steelers -1.5, 45.5 O/U versus this matchup at Vikings -6, 44 O/U). All the players aren’t perfect matches, but that’s why we use 100 similar matchups and not just the single most similar. 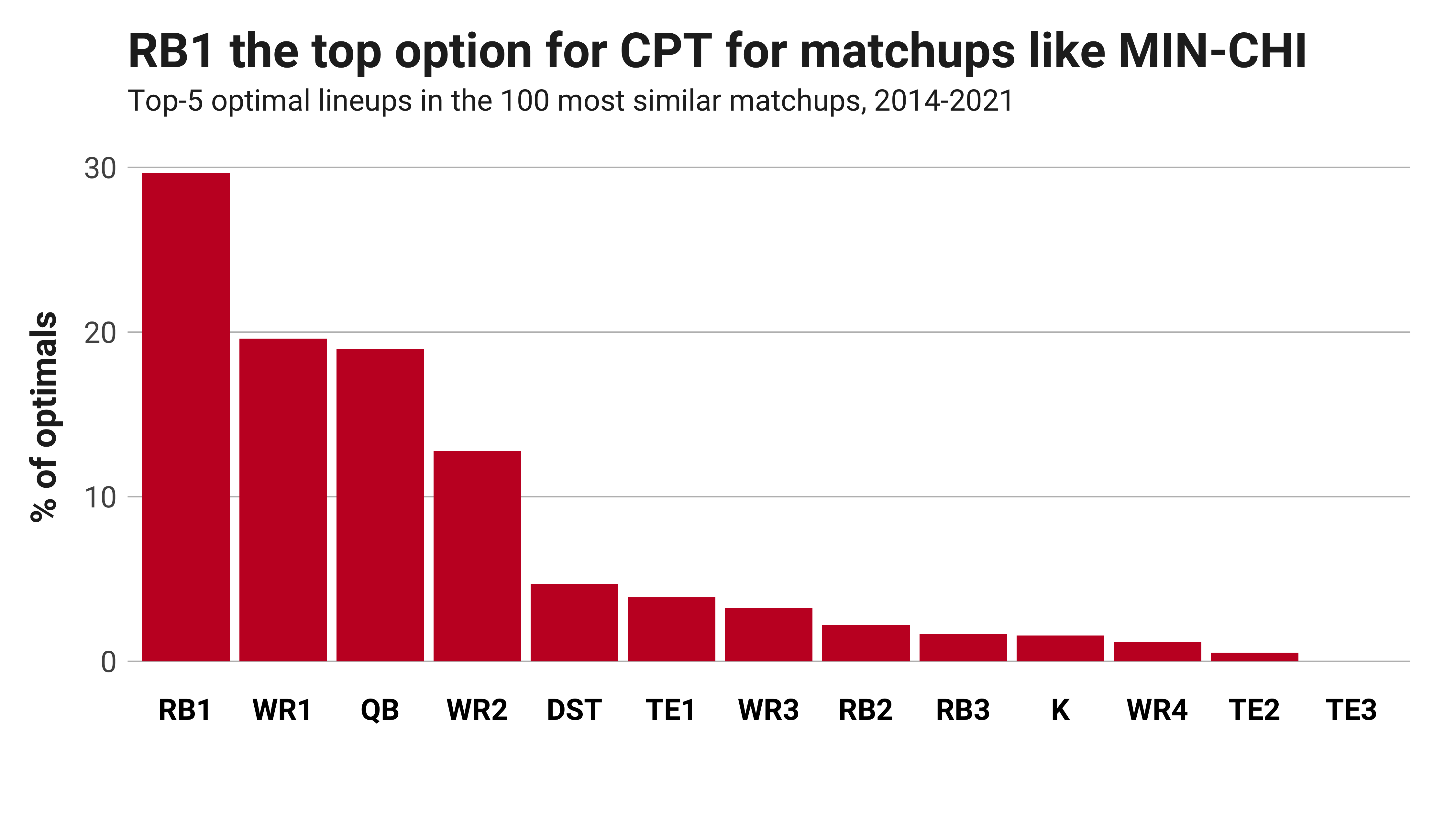 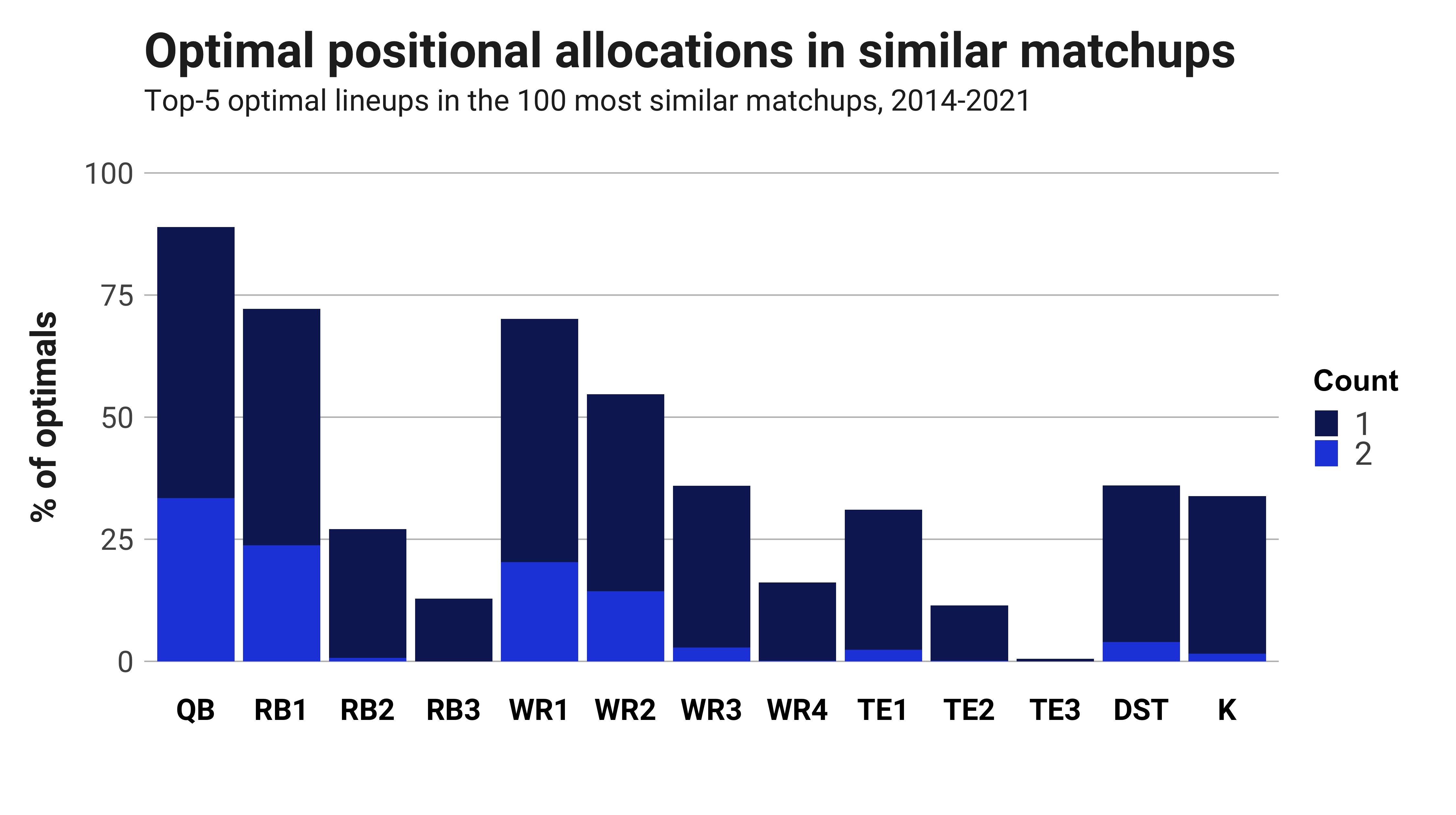 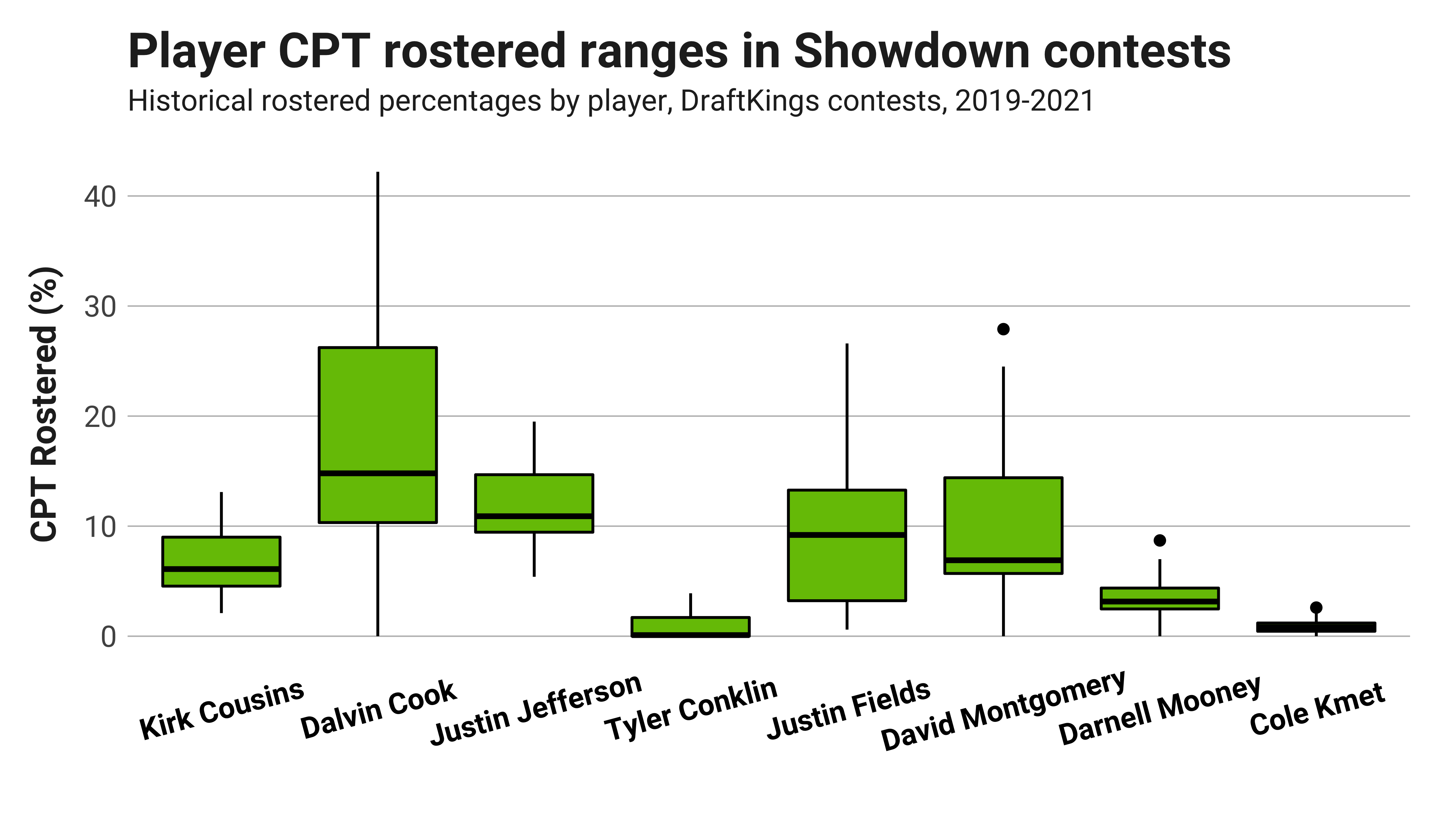