• We started off on the right side Thursday in our first prime-time betting preview of 2022, finishing up 5.85 units after cashing our Bills-Rams same-game parlay.

Our prime-time previews pull all the key modeling numbers and simulated outcomes from PFF’s betting tools, including PFF NFL Greenline and the player props tool, which use top-down machine learning models backed by PFF’s exclusive data to derive value when compared to the betting market.

Let's dive in on the Bucs visiting the Cowboys Sunday night.

• Tampa Bay opened as a 2.5-point road favorite back in May, and despite the number dropping to 1 throughout the summer, it's set to close right back where it opened. The Buccaneers are as close to full strength as they will be all season, with the only remaining question regarding the effectiveness of a limited Chris Godwin.

• PFF Greenline and the new play-by-play simulation both price the Bucs as three-point favorites, offering value on the current -2.5. Both teams are dealing with O-line injuries, but Brady historically has weathered similar storms, while Prescott has struggled in like situations. If this really is Brady’s last song and dance, then it's tough to go against him getting off on the right foot. 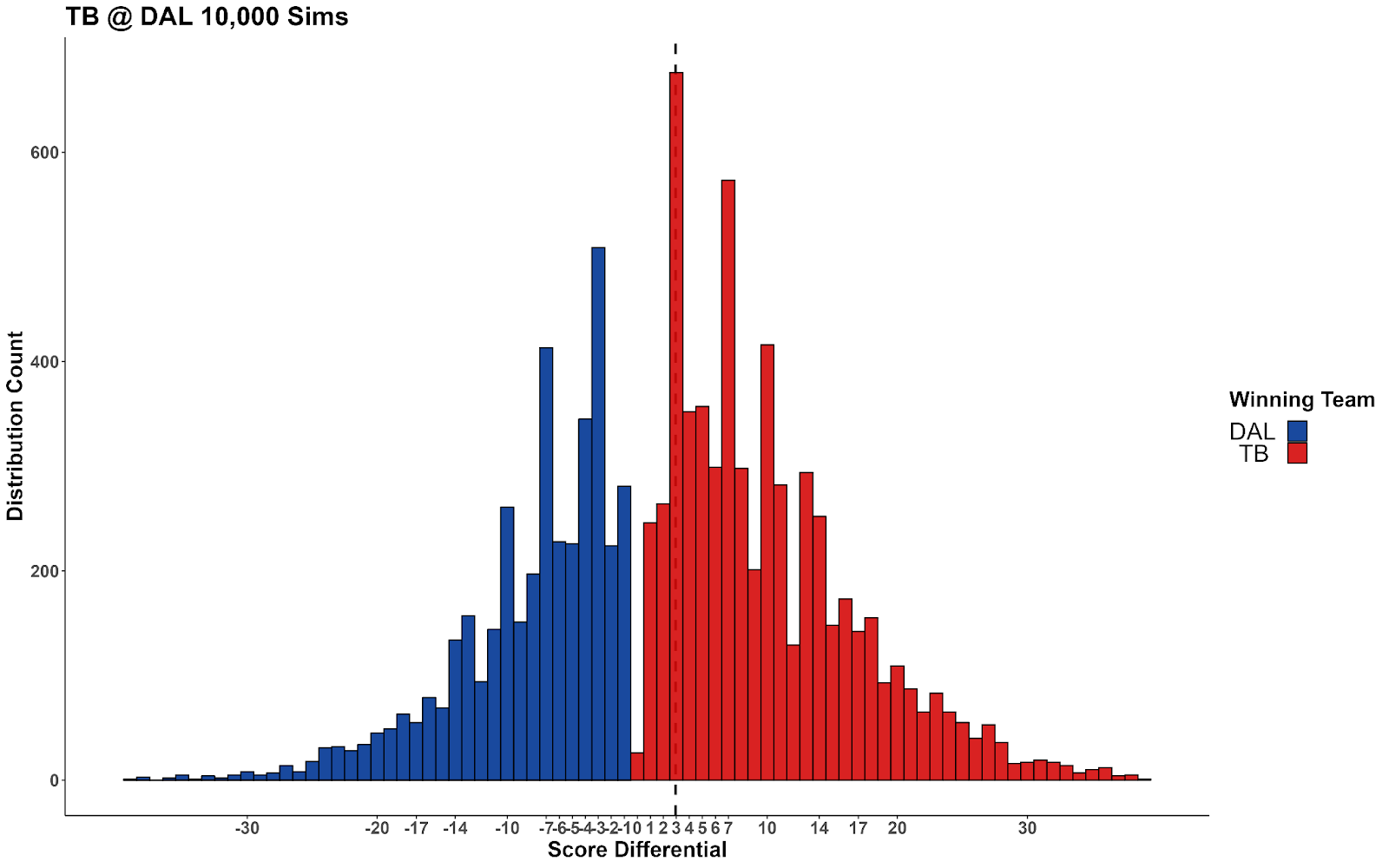 • The total has dropped from 52 to 50 in some spots. This is a reaction to the O-line injuries, with bettors expecting more of a defensive struggle then the market first priced in. 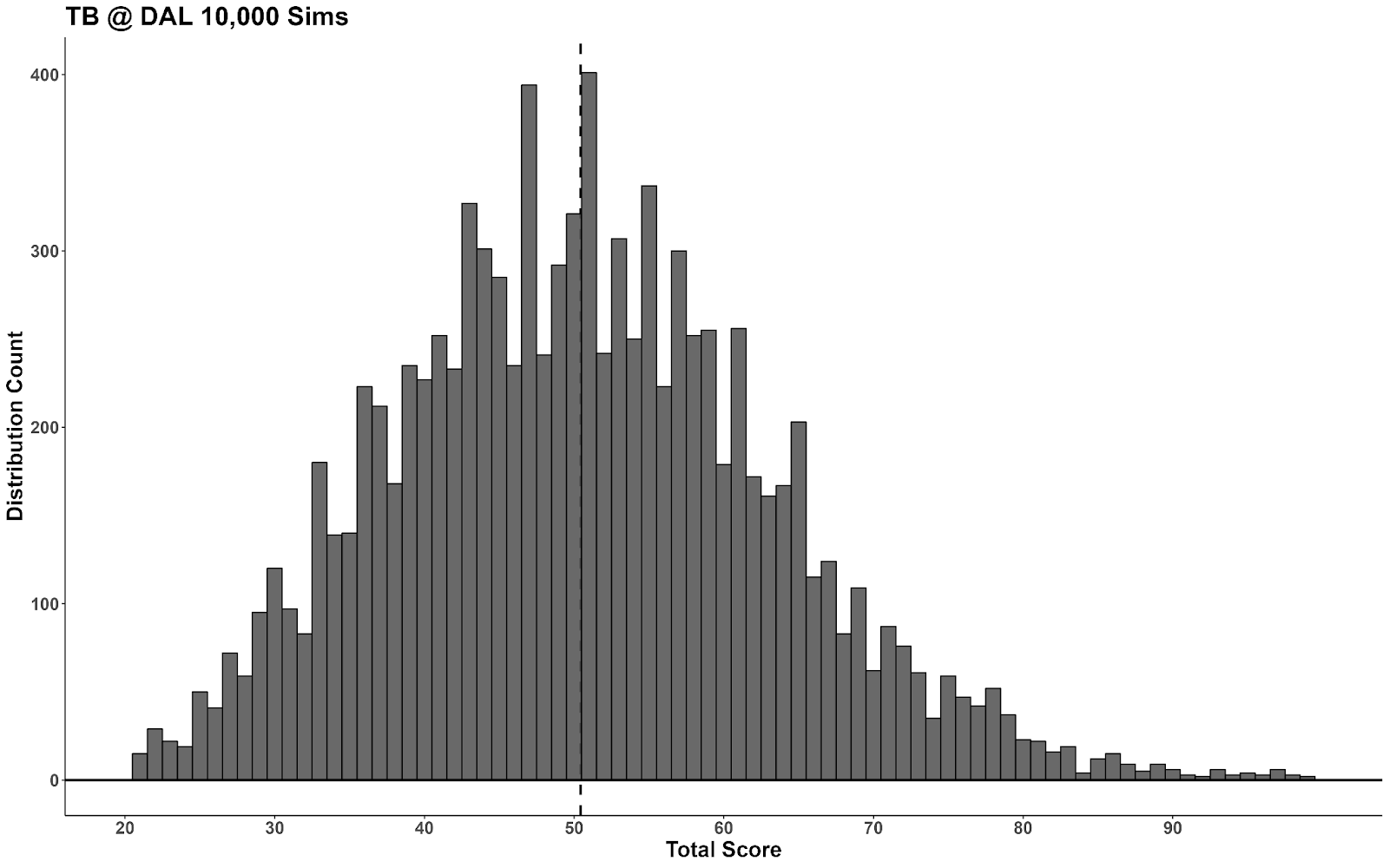 •  My favorite Week 1 bet:  PFF’s player prop tool is extremely bullish on Brady going over 2.5 passing touchdowns, assigning a 57.2% cover probability. The pbp simulation is a bit more bearish with a mean expectation of 3+ passing touchdowns at 40.9%. 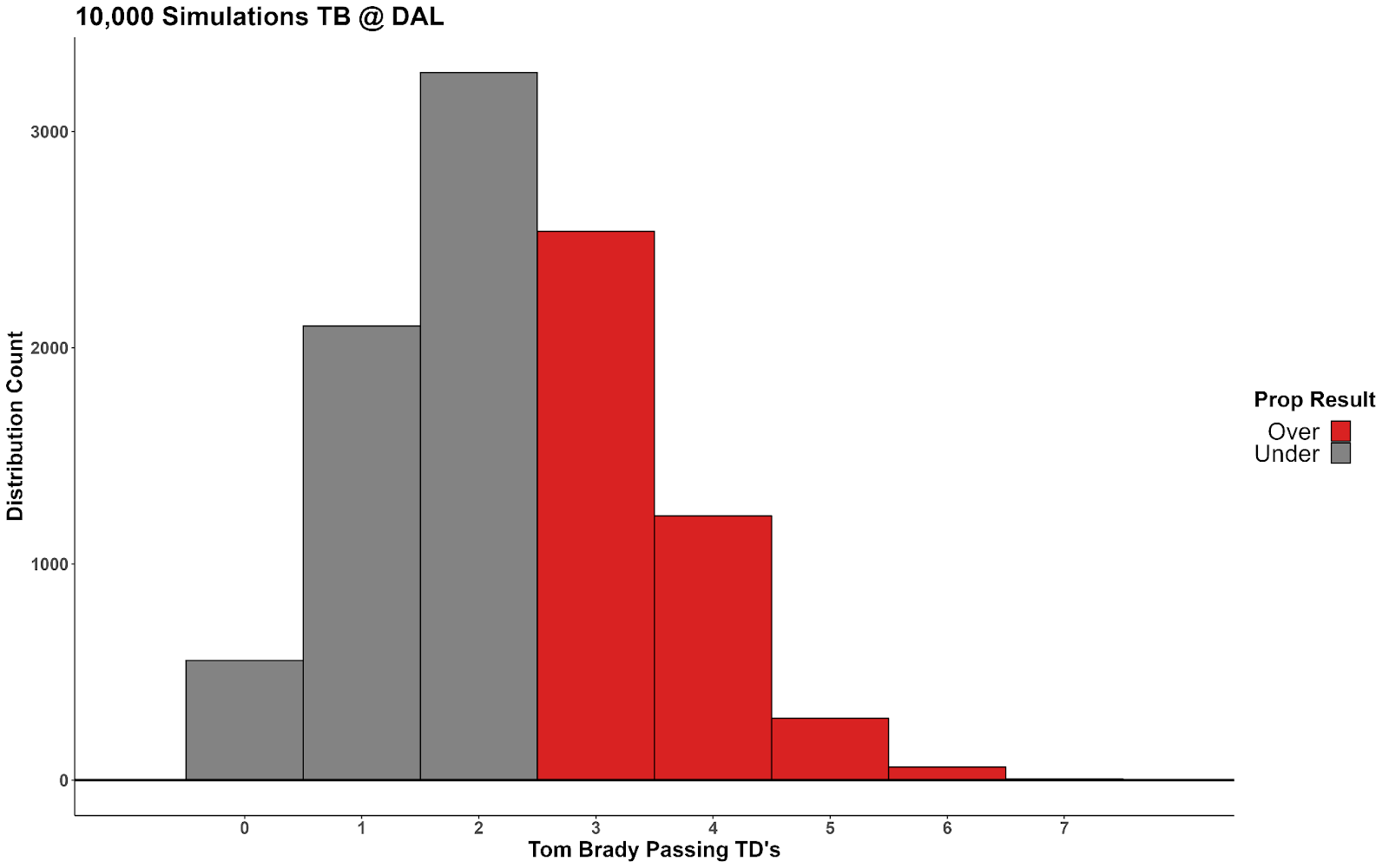 • The 37% break-even percentage at a +170 price means both provide plenty of value. If looking toward minus-price plays, PointsBet offers over 1.5 passing touchdowns at -226. PFF prices this likelihood at 73.6%, making the 69.3% probability another valuable offering.

• Brady’s no longer tied down by family constraints and looks willing to risk it all in his final season. He went over this number in 11 of 18 games last season — including at least one scramble or designed run in 13 contests.

• PFF’s player prop tool sees a 67.3% cover probability — and the pbp simulation isn’t far behind, at 66.2%.  The bottoms-up approach sees over a 90% chance Brady has a designed run or scramble at some point in this contest. Even at the -120 price, both outlooks provide over 10% of value.

• For instance, there are two bets our models like separately — the Buccaneers to win, and Tom Brady to throw for more than 2.5 passing touchdowns. Our pbp simulation results show that 30.6% of outcomes have the Buccaneers winning with Tom Brady throwing 3+ touchdowns. On BetMGM this pays out at +195 or 33.9%. 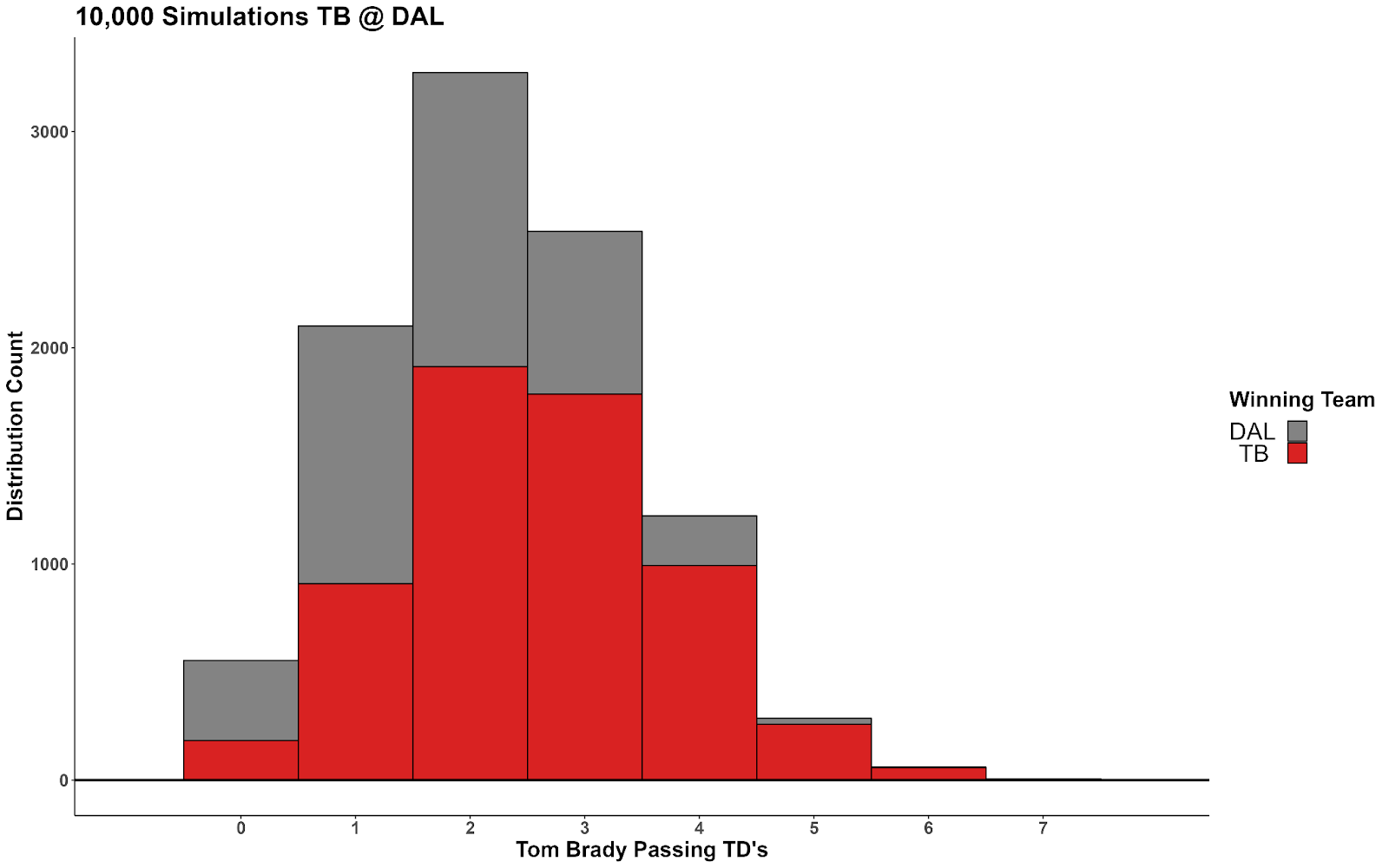 • Another way we can attack this is through the total. Because we like the over and Tom Brady to throw for 3+ passing touchdowns, we can fold in Dak Prescott as a last leg for a payout of +550 on BetMGM. The implied probability of 15.4% — enough of a payout to make this an enticing proposition.