• Eagles-Cardinals SGP build (+3000): Jalen Hurts struggles vs. Cardinals blitz, with the Eagles going under their team total and Hurts going under his passing-yards prop but over his rushing total.

• Arizona has second-highest blitz rate, while Hurts is 10th-lowest in blitzes against: Hurts does scramble a ton against extra pressure —  4th in NFL in career rush% on blitzes. 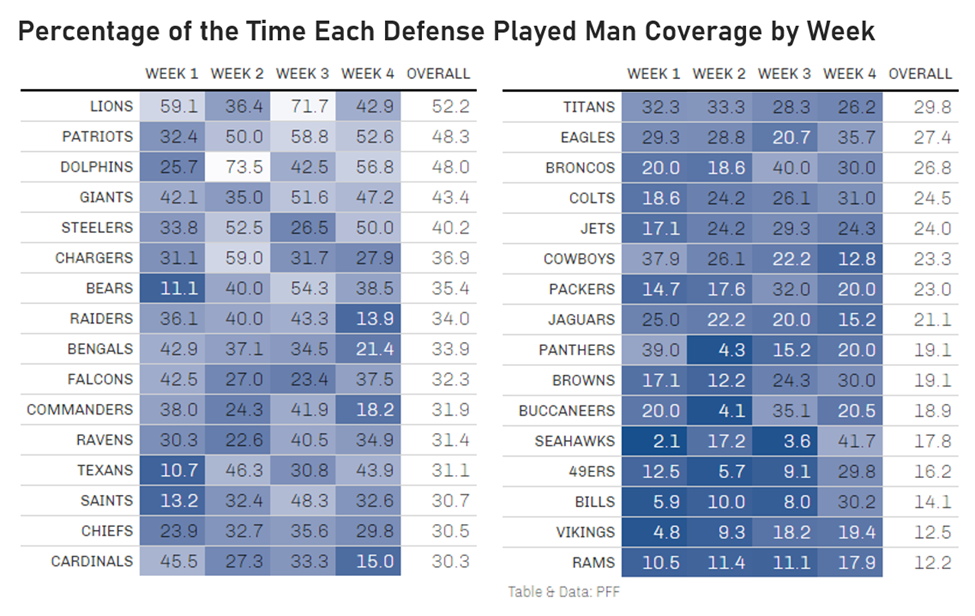 • The Dolphins play man defense on almost half of their snaps: Great news for Garett Wilson, who leads in the NFL in PFF grade before the catch point facing man coverage.

• Advantage, Wilson: Of course, as we studied at PFF this summer, man coverage reflects the talent on the field, and Wilson will have the advantage over the Dolphins corners — all of whom are graded right about average before the catch point while in man coverage.

• Wilson eighth in the NFL with 8 red zone targets: With the Jets' top pick also a threat to score from anywhere on the field, he could be a big play and some schemed red-zone looks might just be the recipe for an enormous SGP cash. 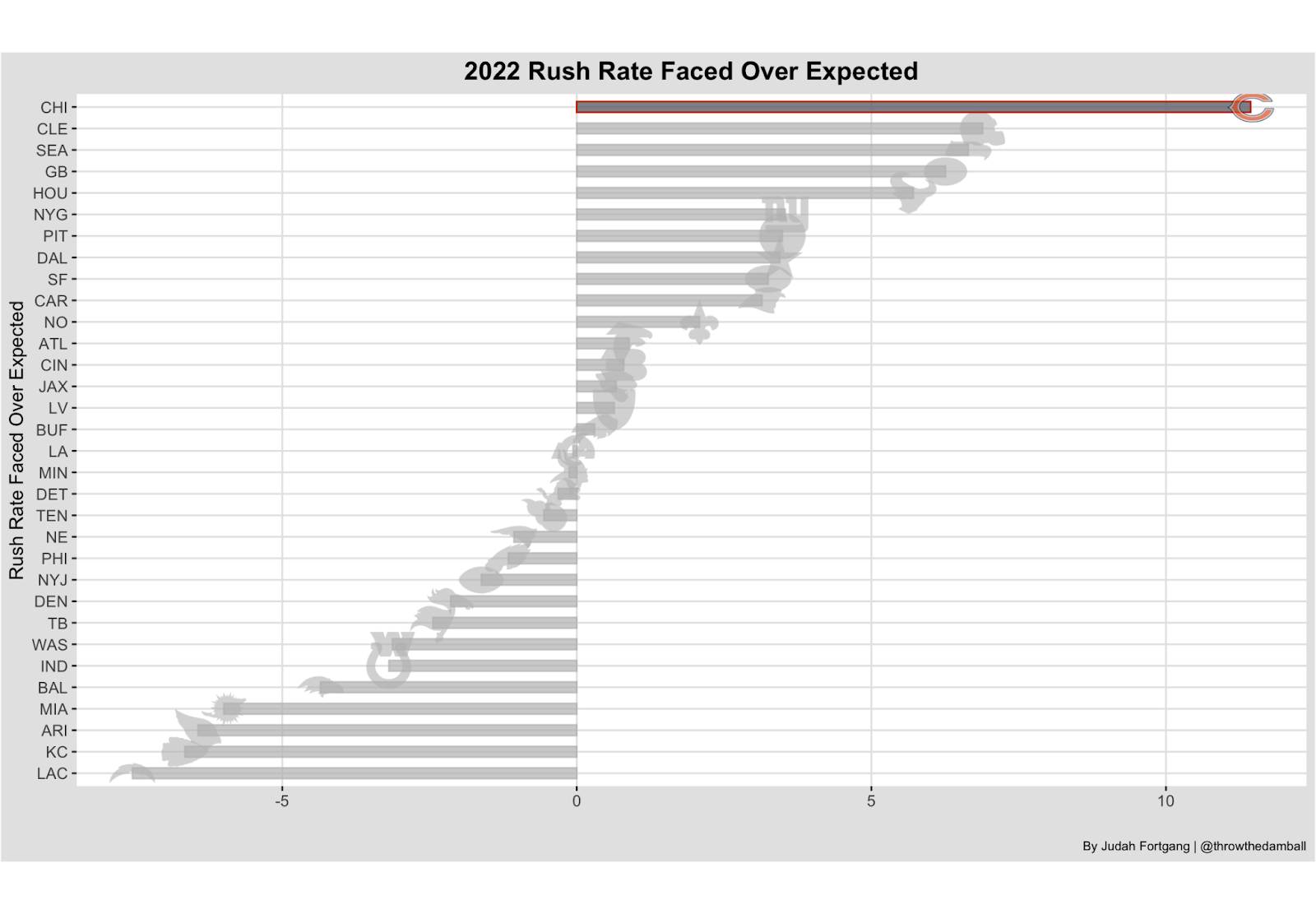 • At 70%, Cook is fifth among NFL running backs in team rush share and eighth overall in carries: And this matchup should yield plenty of volume for Cook. As illustrated above, teams choose to attack the Bears on the ground, running nearly 12% more than expected.

• Bears' 5.1 yards per carry allowed ranks 30th in the NFL: And they are PFF’s sixth-worst-graded run defense unit.

• Chicago already has allowed at least 130 rushing yards in a game to Aaron Jones and Saquon Barkley: Plus, the Bears' 1.3 rushing touchdowns surrendered per game is the fifth-worst rate in the league. 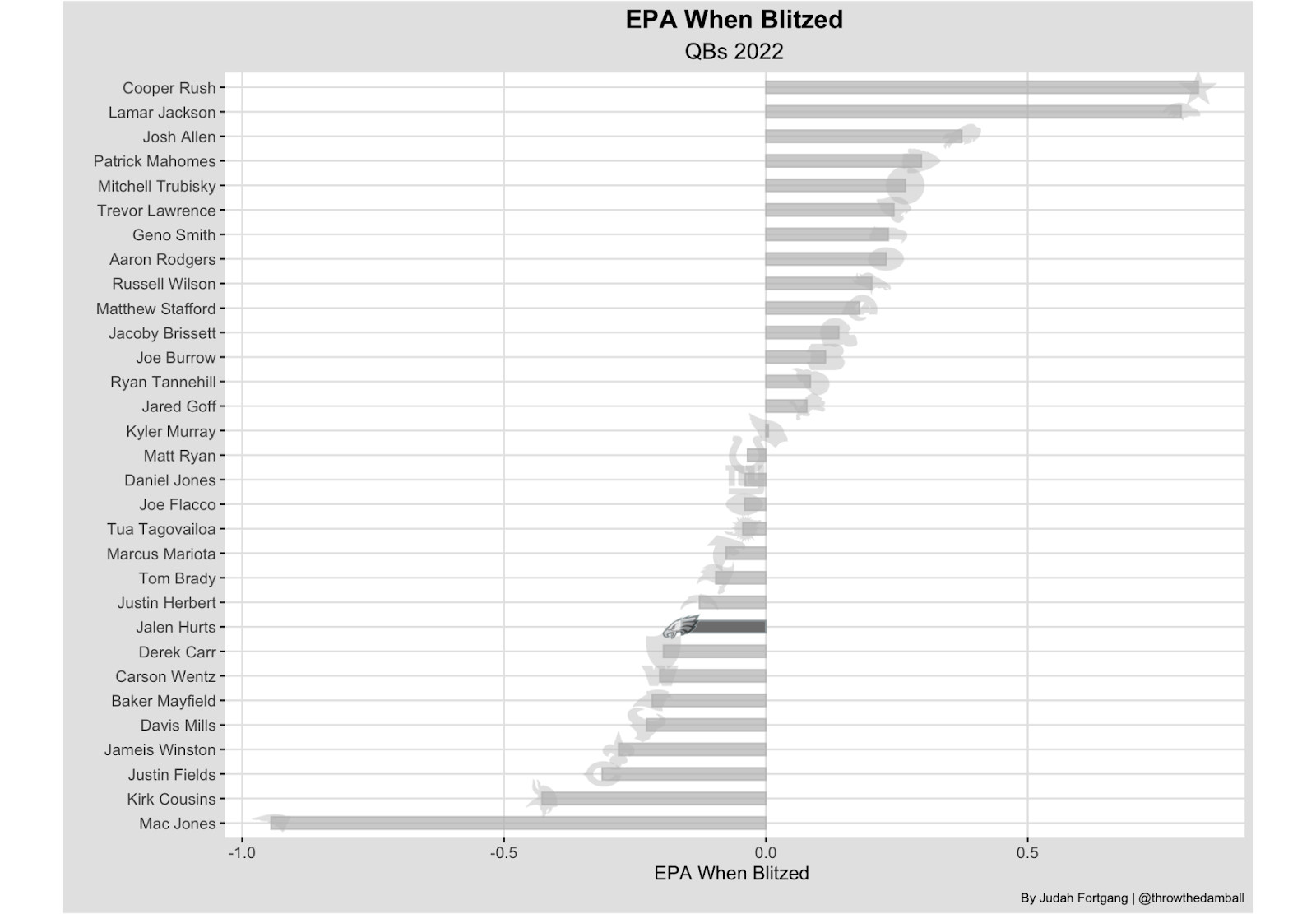 • Jalen Hurts (5th in EPA) has been terrific so far this season, but an area where he has struggled is handling the blitz: And he's been well-below-average in this department — both for his career and this season. Although he has struggled against the blitz, Hurts only has been blitzed 25% of the time — which is a bottom-10 rate in the NFL.

• Cardinals blitz second most in the NFL: At 44% blitz rate, Arizona will try and send extra pressure at Hurts early and often.