Beyond providing data for all 32 NFL teams, PFF also supports network broadcasters with game-preview packets that are used to enhance the in-game experience for fans and viewers. This Colts-Patriots preview features the same information our broadcast partners use for team research and in-game production.

Tom Brady is coming off the best three-year stretch of his career, but he hasn’t performed like his usual self so far this season. Brady’s current overall grade of 74.0 is 20.1 points lower than what he registered in 2017 and falls well short of what we’ve come to expect from the reigning NFL MVP. 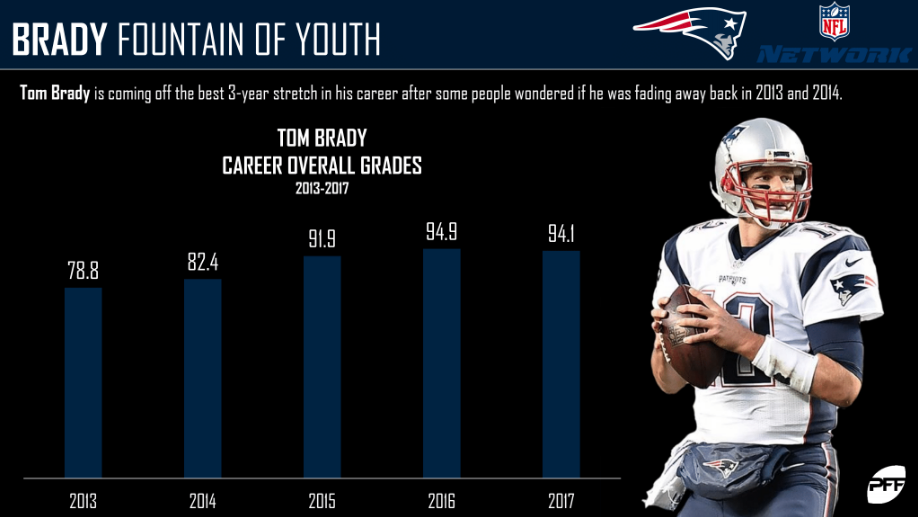 James White is showing off his pass-catching talents once again in 2018, as he currently ranks top 10 in passer rating when targeted, yards per route run, and receiving grade among all running backs. 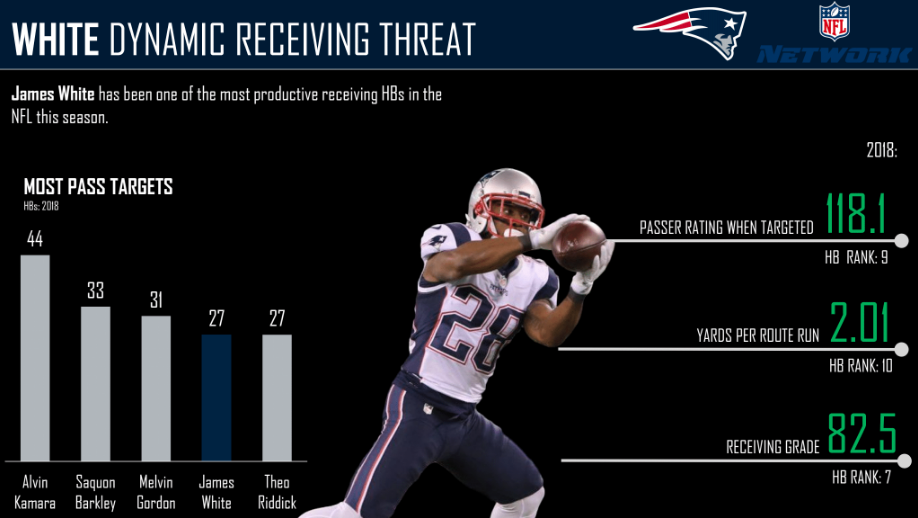 Trey Flowers is arguably looking like a defensive player of the year candidate through the first quarter of the season and should keep the Colts offensive line plenty busy on Thursday night. In addition to owning a 90.0 overall grade, Flowers leads all edge-defenders in pass-rush productivity at 13.0. 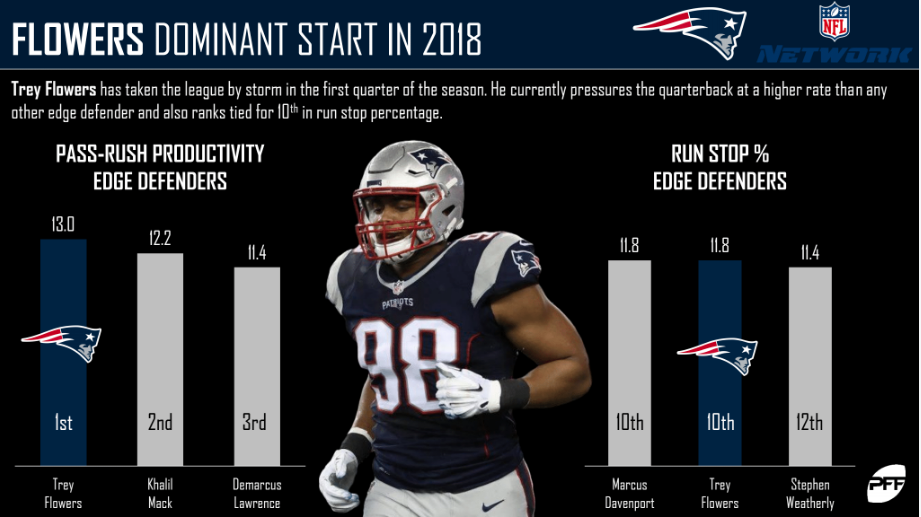 Bentley will be missed

Rookie linebacker Ja’Whaun Bentley provided an immediate impact this season for the Patriots and registered an overall grade of 81.7. Even more impressive is the fact that before his injury, Bentley led all NFL linebackers with a minuscule 28.3 passer rating allowed while yielding only 0.27 yards per coverage snap. The Patriots will miss him on Thursday night. 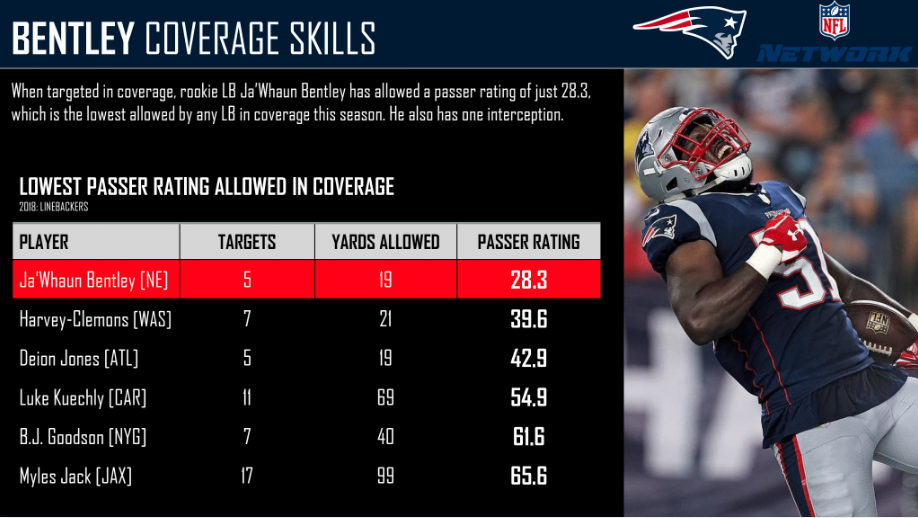 Eric Ebron has become Andrew Luck’s favorite target when throwing to the end zone in 2018, as he’s garnered the second most end zone targets in the league. The Patriots have allowed only one touchdown to tight ends thus far, so we’ll see if the targets continue to go Ebron’s way in scoring opportunities. 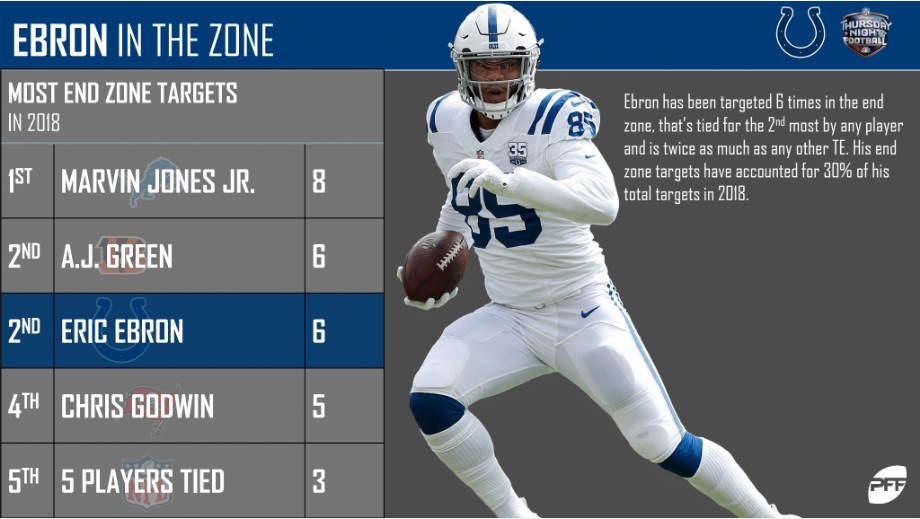 Protecting Luck was the paramount storyline coming into this season, but the Colts offensive line has underwhelmed so far and allowed the fourth-most total pressures in the league. The team had high expectations for the sixth-overall pick, Quenton Nelson, but the former Notre Dame standout is one of four Colts that has surrendered 10+ pressures so far this season. 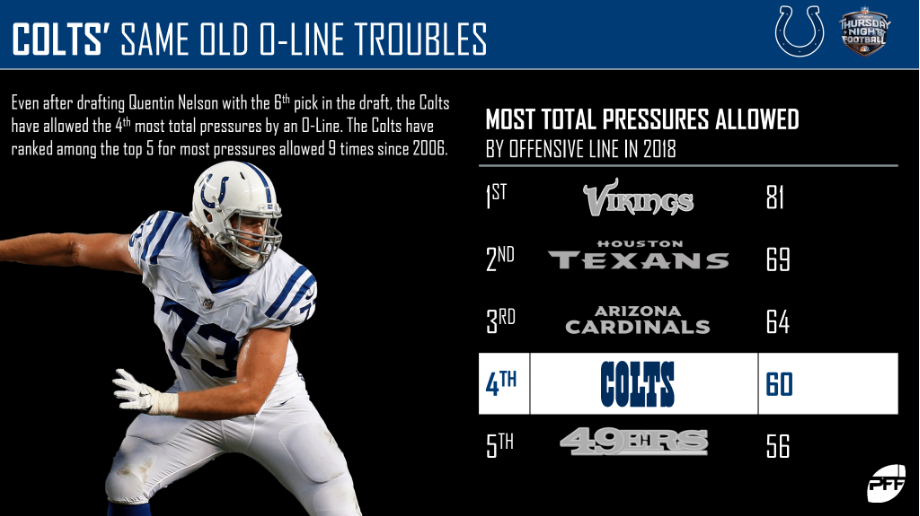 Darius Leonard is proving to be a versatile weapon, as the rookie ranks among the top-five linebackers in defensive stops, coverage snaps, and pass-rush productivity. Leonard will look to continue his strong 2018 season, where his 72.8 overall grade currently ranks fifth among rookie linebackers. 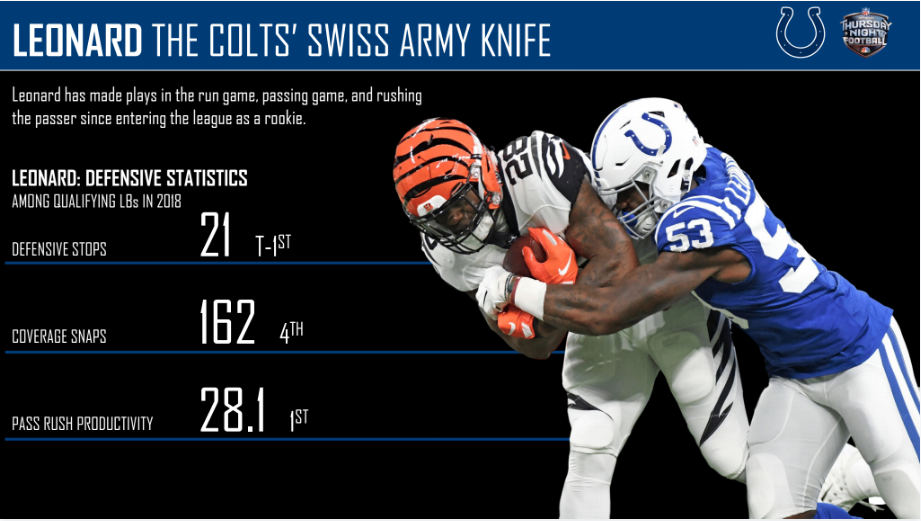 Nate Hairston is struggling with the transition to the outside after spending 83.5% of snaps in the slot as a rookie. Through four games, Hairston’s passer rating allowed has jumped by 22.1 from just a season ago. 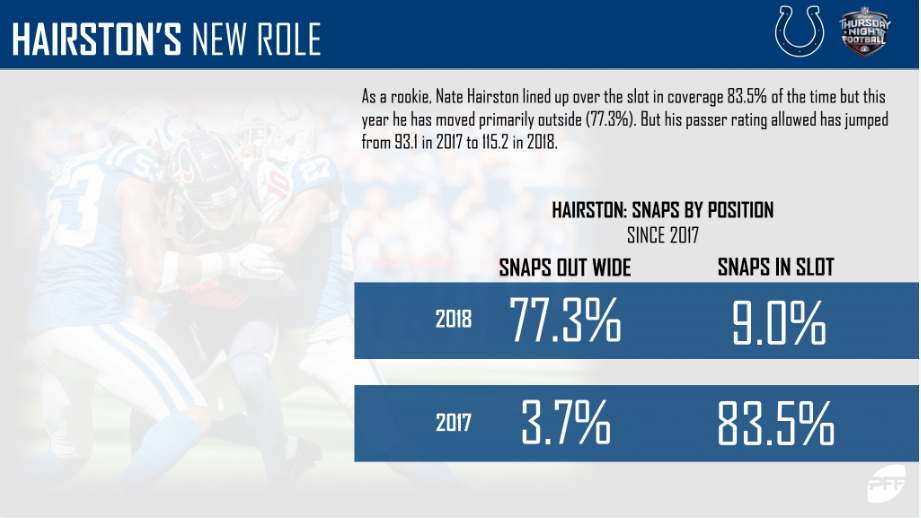 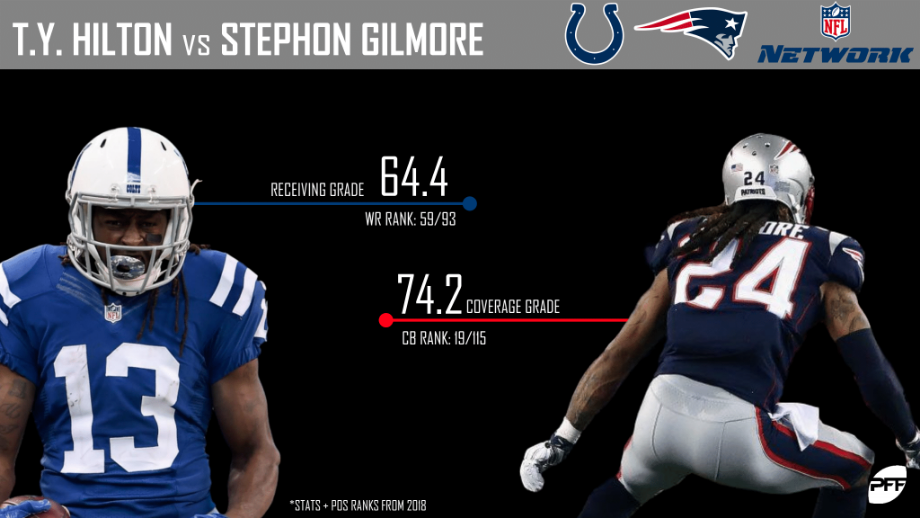 PFF Greenline has projections for the spread, moneyline and over/under of the Patriots' matchup with the Colts. Get its picks here.