Beyond providing data for all 32 NFL teams, PFF also supports network broadcasters with game-preview packets that are used to enhance the in-game experience for fans and viewers. This Jets-Jaguars preview features the same information our broadcast partners use for team research and in-game production.

Darnold coming back down to Earth

After posting an adjusted completion percentage of 85.0% in Week 1, Sam Darnold has seen that figure drop each of the past two weeks. He checked in 26th among quarterbacks in Week 2, while his Week 3 percentage of 57.7 ranked 30th. 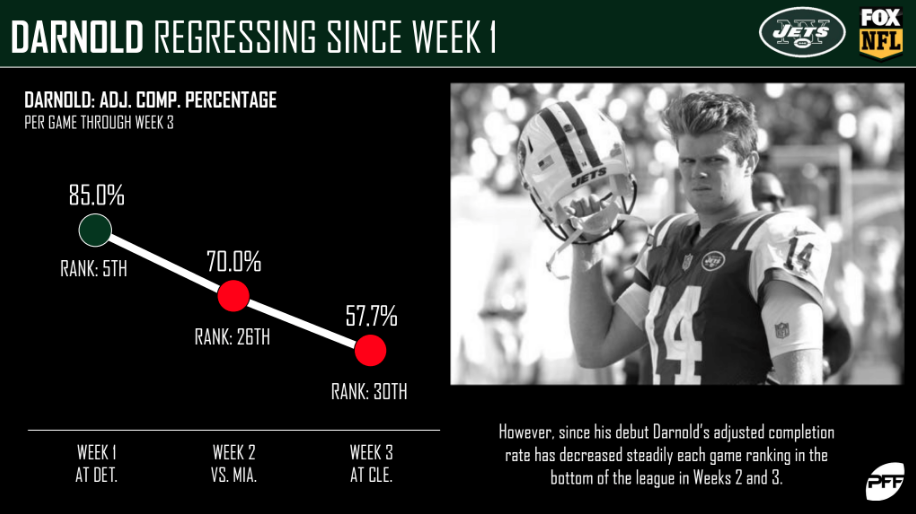 Enunwa is the go-to

Through three weeks, it's become clear that Sam Darnold has trust in Quincy Enunwa. Since Week 1, Enunwa has been targeted on 28.9 percent of all pass attempts – that target share is currently third-highest among all pass-catchers. 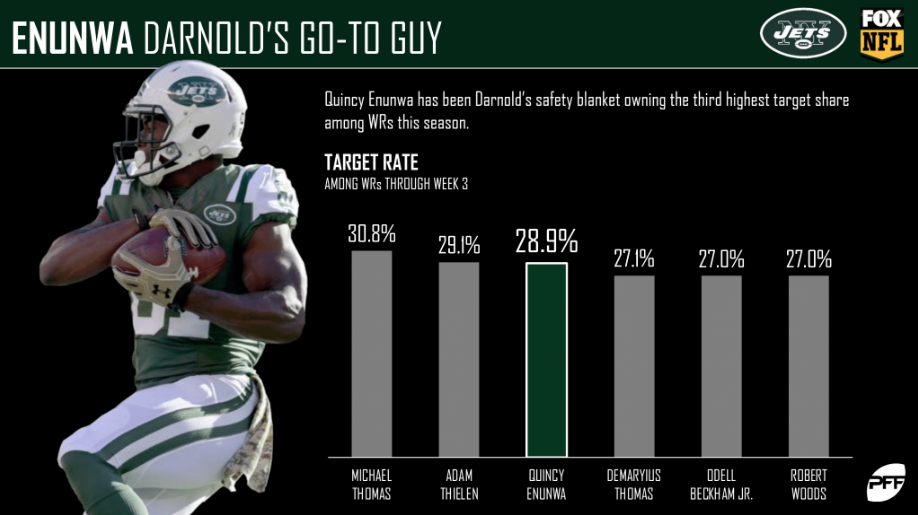 A former first-round pick, linebacker Darron Lee has made an early impression in coverage. His coverage grade of 90.5 is tied for first at the position, while his 50.6 passer rating when targeted checks in at sixth. 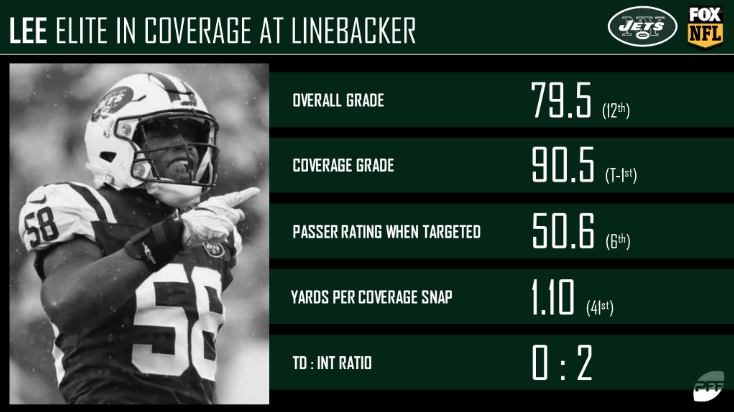 In Morris Claiborne and Trumaine Johnson, the Jets have the league's stingiest cornerback duo through three weeks. Claiborne's passer rating when targeted of 16.8 leads all corners, while Johnson's rating of 43.5 is currently seventh. 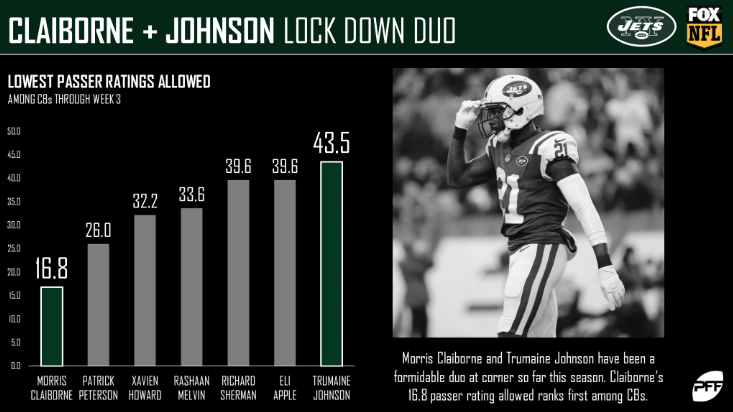 While Blake Bortles and the Jaguars offense relies on play action heavily, it hasn't yielded many results in three weeks. Bortles is third among quarterbacks in attempts off play action, but checks in 27th in passer rating on those throws. 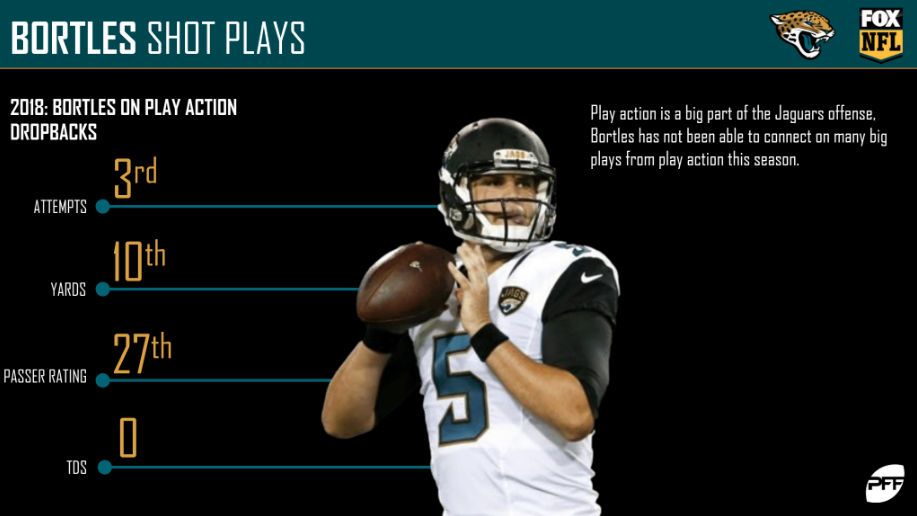 In his second season, Dede Westbrook has taken on a different role within the Jaguars passing attack. Through the first three games, he's playing the majority of his snaps in the slot (102 out of 118). During his rookie season, Westbrook played just 38 total snaps from the slot. 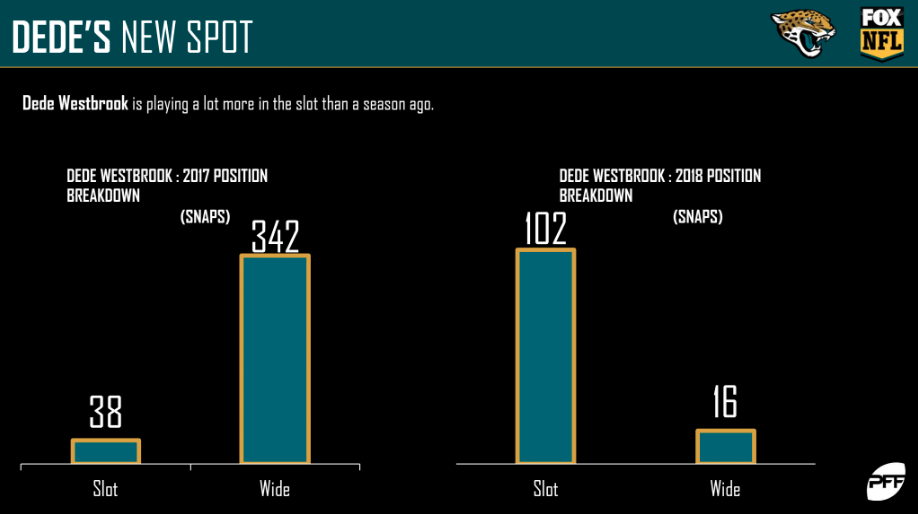 He's only played 35 snaps so far this season, but Dante Fowler Jr. has been the Jaguars most productive pass-rusher to this point. He has produced one sack and five hurries on his 25 pass-rushing snaps and his pass-rushing productivity of 14.0 currently leads the team. 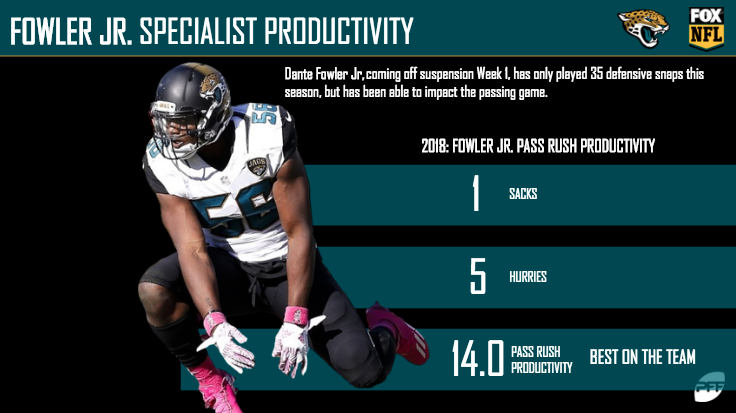 After Aaron Colvin left in free agency, the Jaguars signed D.J. Hayden to replace him in the slot. So far Hayden has struggled, allowing a 138.5 passer rating when targeted. That figure is third-highest among all corners. 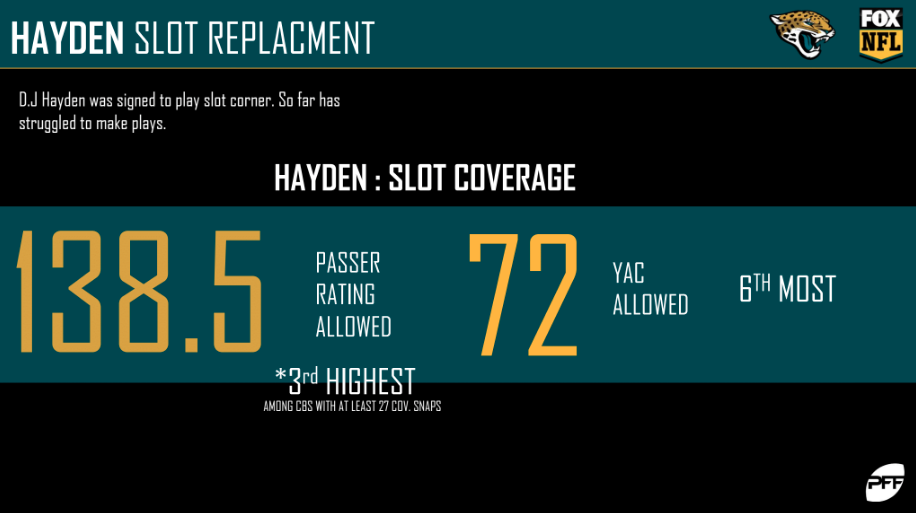 PFF Greenline has projections for the spread, moneyline and over/under of the New York Jets' matchup with the Jacksonville Jaguars. Get its picks here.