Since being the second overall pick in 2011, Denver Broncos edge defender Von Miller has lived in opposing backfields and terrorized quarterbacks at a rate unlike any other during his seven years in the NFL. Miller has led the Broncos in total quarterback pressures in all but one of his professional seasons and has averaged just over 77 QB pressures a season, including postseason pressure numbers.

With the retirement of Dwight Freeney and James Harrison, Miller is now sixth among active NFL players in career sacks and all others ahead of him have been in the league at least two additional seasons. Only twice in those seven seasons, his suspension-shortened 2013 season and last year, has Miller not been in the top 10 in sacks at his position.

In addition to getting the quarterback to the ground, Miller is a test case in showing how pressures are more stable year over year. The chart below shows his high level of consistent production: 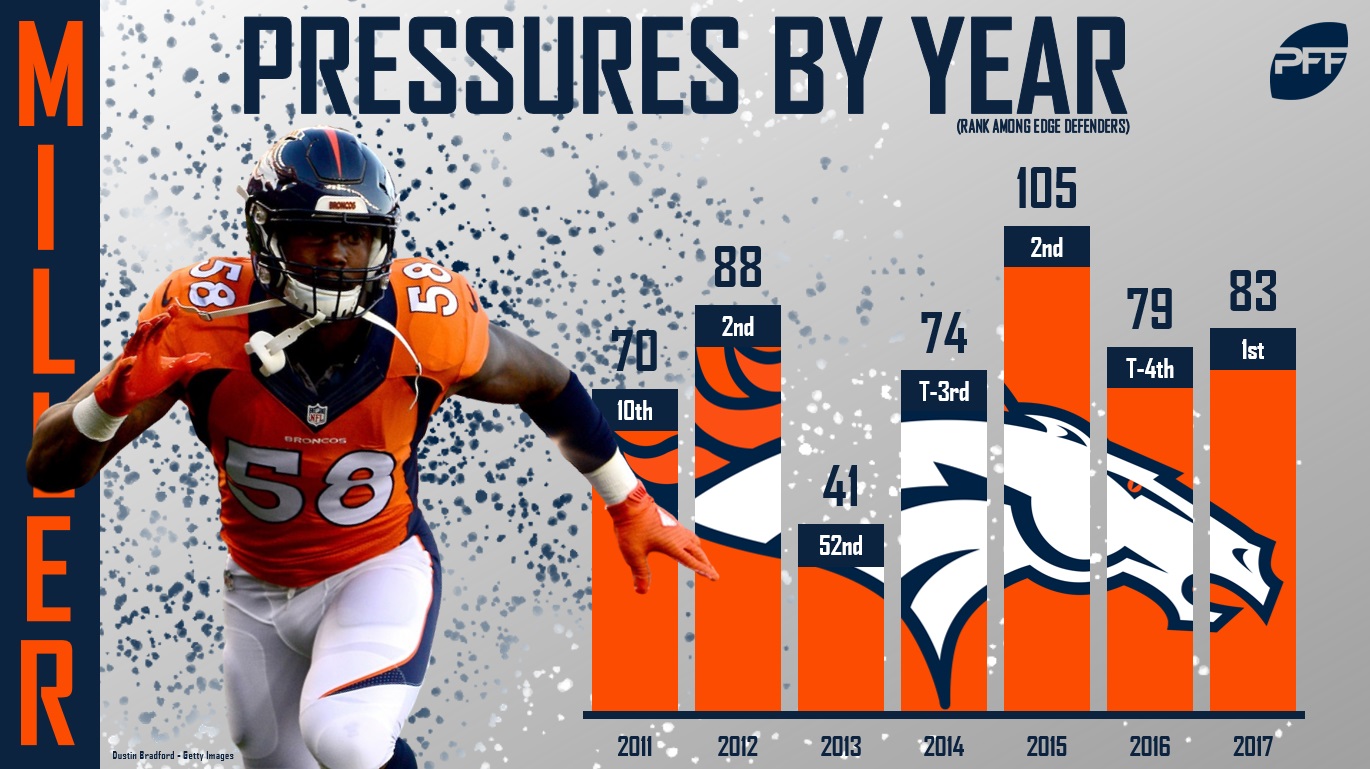 2011 was also the year John Elway took over football operations for the Broncos, and as you can see above, having a defense that consistently puts pressure on the quarterback has been a staple since Elway drafted Miller with his first pick. Opposite side edge defenders also have seen a boost with Miller occupying much of the offense's attention on his side. Miller's counterpart, whoever it has been, has accumulated at least 50 pressures in five of his seven seasons and at least 43 in every year he's been in the league.

Staying true to this focus, with the fifth pick in the 2018 NFL Draft, Elway took North Carolina State’s Bradley Chubb, PFF’s No. 13 overall player – and No. 2 ranked edge defender – on our big board. 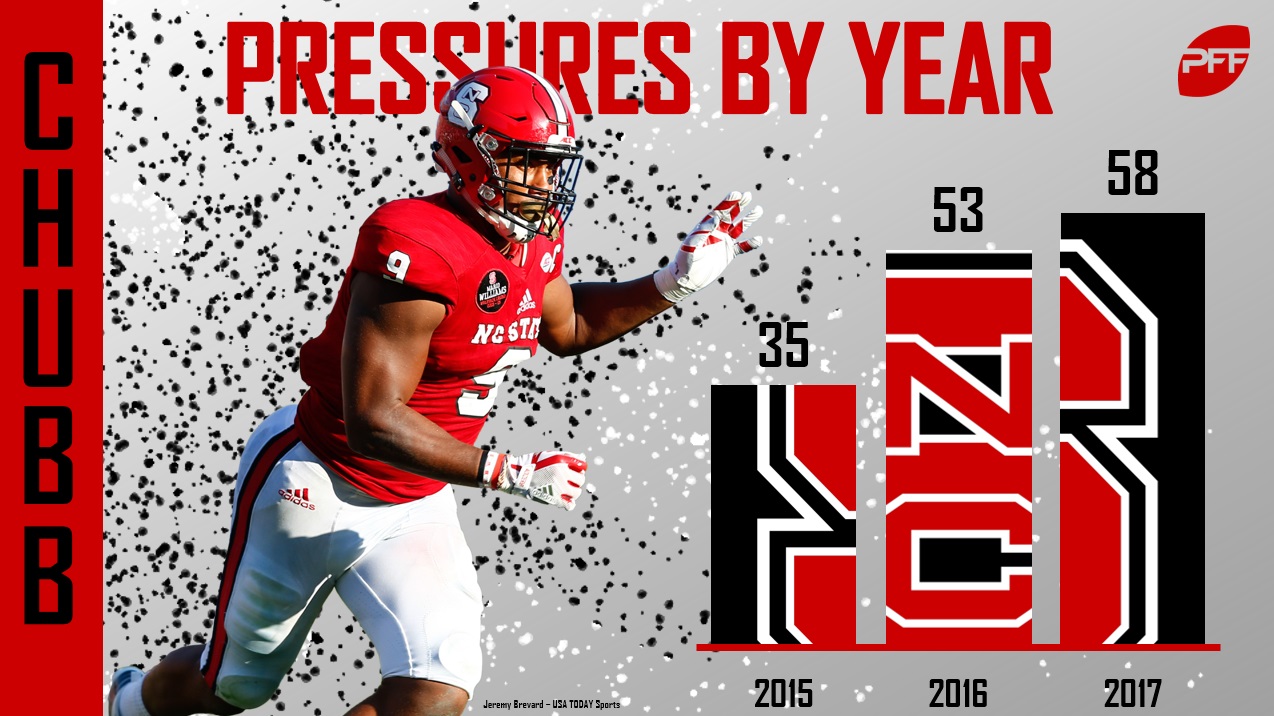 Here are Chubb’s pass-rush numbers from his final three seasons in college:

Playing opposite Miller has given many those opportunities to flourish playing on the opposite side in Denver’s defense, see Elvis Dumervil, Demarcus Ware, Shane Ray and Shaquil Barrett above. Will Bradley Chubb’s consistent college production translate to the NFL? And can Chubb’s addition, along with the return of a healthy Ray, elevate Denver’s defense back in the top three in terms of generating pressure?

Almost surely, Elway and the rest of the organization sure hope so.