The battle between two of the hottest young quarterbacks in the NFL did not disappoint. Both showed uncoachable ability en route to an exciting Wild Card bout. In the end, Deshaun Watson’s freakish combination of athleticism and accuracy was too much for even the vaunted Buffalo Bills defense. While he took a few more sacks than you’d like, he also threw a catchable pass on 84% of his targets and made the game-winning scramble completion. He went downfield when needed, going 8-of-10 on throws 10-plus yards in the second half and overtime to lead the Houston Texans to a 22-19 win and advance to the Divisional Round. 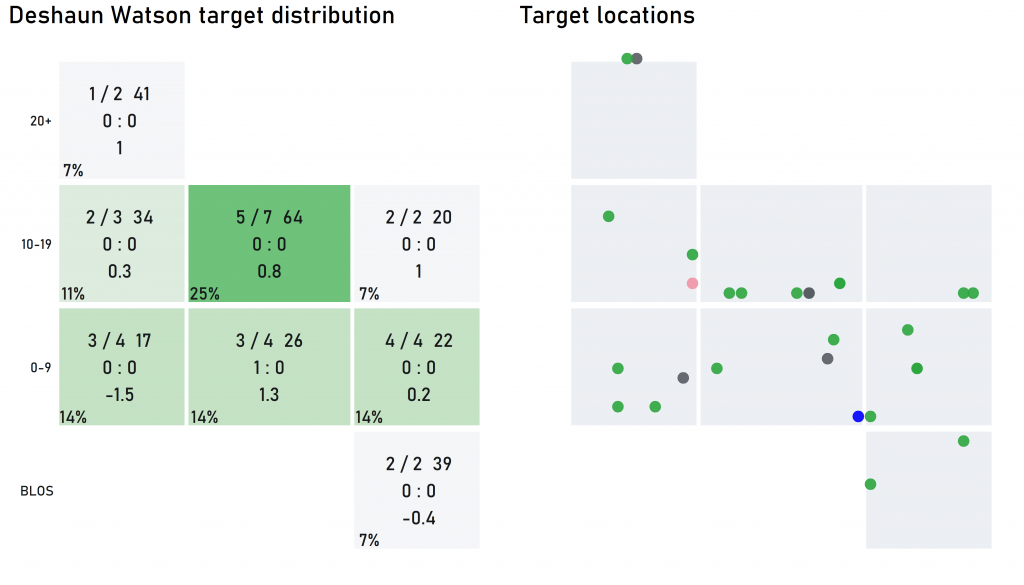 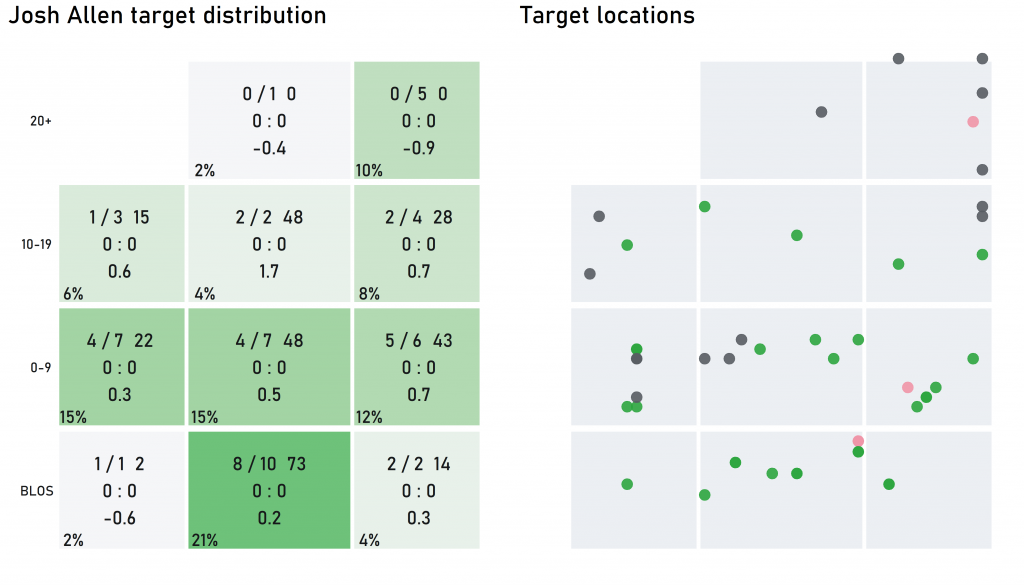 Watson's tendency to welcome pressure and take sacks played a significant role in the Texans' 16-0 deficit to start the game. Due in large part to Buffalo's strong play in coverage, Watson's time to throw average was a whopping 3.65 seconds — the longest single-game average for him this season. He also took seven sacks in the contest, good for another season-high for the Houston signal-caller.

Of course, Watson ultimately rallied in the second half and turned in a heroic effort on his way to the comeback win. Bills quarterback Josh Allen, on the other hand, cost his team late with a handful of key mistakes.

You can sugarcoat this loss any way you want, but if you score 19 points in a game in 2019 – especially in overtime, you do not deserve to win. The brunt of the issue falls squarely on the shoulders of Allen, who failed to deliver wholeheartedly in the second half. He simply could not push the ball down the field with any consistency. He went 3-of-10 with zero big-time throws and two turnover-worthy plays in the second half and overtime on throws 10-plus yards downfield. Whether it was play calling or hesitancy from QB1, it cost them the win.

DeAndre Hopkins also showed up late for Houston, catching all four of his targets for 70 yards when against Bills' phenom Tre'Davious White in the second half. Hopkins' best play was his 41-yard snag over the top of White that set up the Texans' game-tying score in the fourth quarter.

If the Texans are going to make it through the AFC playoffs, they’re going to need Bradley Roby to continue to play the way we saw against the Bills. He was targeted twice and didn’t allow a single catch while breaking up one of his targets. The secondary has been much maligned all season long, including Roby at times, but he’s flashed CB1 type ability throughout his career. If the Kansas City Chiefs are their next opponent, Roby’s A game is a must.