Los Angeles Rams quarterback Matthew Stafford (9) makes a pass against Detroit Lions during the first half at the SoFi Stadium in Inglewood, Calif. on Sunday, Oct. 24, 2021.

Week 8 of the 2021 NFL season was all about Matthew Stafford’s MVP campaign.

Kyler Murray’s Week 8 performance greatly helped the Los Angeles Rams quarterback, as not only was the Cardinals quarterback Stafford's biggest competition for the MVP Award, but the Cardinals' 24-21 loss also increased the Rams' chances of winning the NFC West.

Meanwhile, Dak Prescott missed the opportunity for a prime-time statement due to an injury, and Tom Brady failed to score on a potential game-winning drive late in his clash against the New Orleans Saints.

After all these events, Stafford is now almost favored against the field.

Before we get to the Week 9 NFL MVP rankings, here's a short overview of the methodology:

Since the model works with regular-season stats in hindsight, we need to simulate the season's remaining games to find results with which we can feed the model. So, we utilize PFF's weekly win total simulations and a Bayesian updating method to simulate each quarterback’s EPA per play. 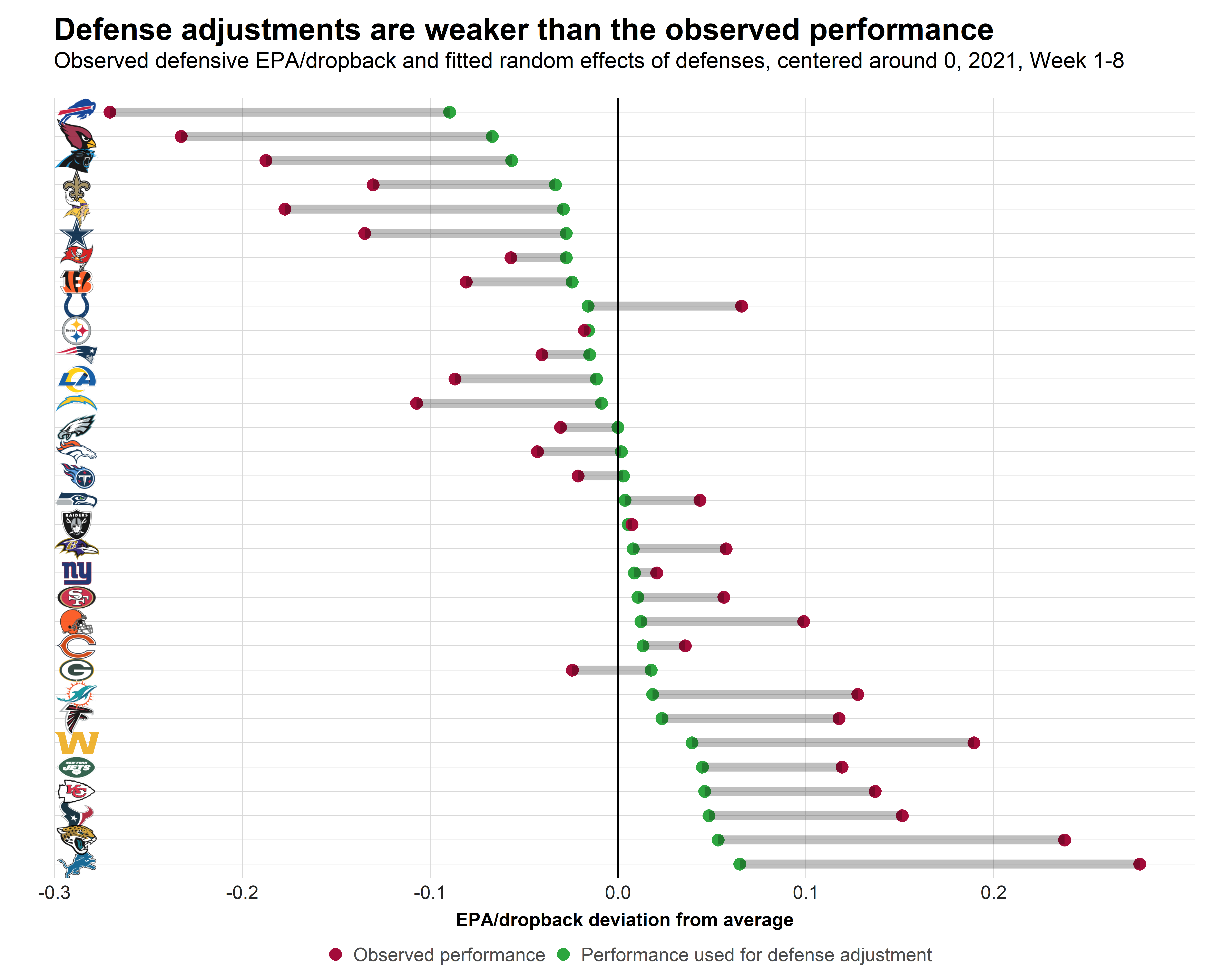