Despite 2019 success, the Minnesota Vikings rely on a faulty offensive scheme

The Minnesota Vikings are riding high after their thrilling overtime victory over a 13-3 New Orleans Saints squad in the Wild Card round. Quarterback Kirk Cousins and head coach Mike Zimmer may have silenced doubters for one week, but can past schematic performance in key situations be indicative of future success for the Vikings?

Make no mistake, Zimmer is a defensive genius. His ability to craft a game plan to slow opposing offenses is unmatched in today’s NFL. On Sunday, his Vikings defense held the Saints to -.308 EPA per pass attempt — New Orleans' lowest game output this season. The Vikings did this with two of their starting cornerbacks unavailable. It took outlier performances from key individuals. Andrew Sendejo played a role in coverage on 65% of Michael Thomas’ pass routes. Anthony Harris capped off his third straight game posting near-elite coverage grades. Danielle Hunter forced a strip-sack fumble on Drew Brees at the most opportune time. Zimmer was the architect, continuing to show his ability to put a group of players together whose whole is greater than the sum of their parts. The defensive scheme uniqueness for the Minnesota Vikings stands out as the top unit in the NFL. 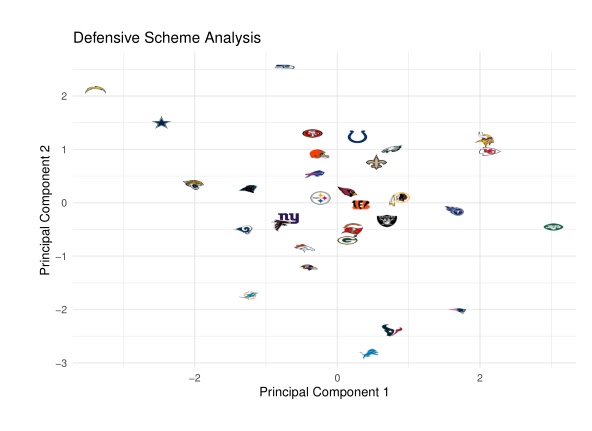 On the season, the Vikings' defense sits 19th in EPA allowed per first-down play call when the score differential is within a touchdown. The Saints averaged -.15 EPA per first-down play, which is just the sixth time the Vikings defense has held an opponent to a negative EPA generated on first down in 2019. Those results need to continue for a second-straight week if the Vikings want any chance at another upset. Among current playoff teams — including the Wild Card round — the Vikings are the third-worst remaining team in EPA allowed on first down with the score differential within one touchdown. In this scenario, they have the highest successful EPA play percentage allowed among current playoff teams.

The Vikings have to win early-down situations as they did against the Saints if they want continued success Saturday. If they again buck their regular-season trend and stifle the 49ers' early-down offense, then they'll need to hope that the instability of second- or third-and-long situations comes into play.

This is incredibly noisy and related to small sample sizes, but the Vikings have been uncharacteristically poor throughout 2019 on long-yardage situations. They stay well-below the league average on short-to-mid yardage situations on second or third down but dovetail to a well-above-average conversion rate allowed for successive first downs when yardage is increased.

Is the Vikings' offensive success stable?

Zimmer rightfully deserves numerous accolades for being a defensive guru, but the NFL is still a passing league with offensive success closely intertwined with overall team success. Zimmer may not be involved with offensive play calling, but his mindset is ingrained on those responsible for his team's offensive output. To this point, there are significant cracks in the foundation of the Vikings' offensive scheme that have been masked throughout 2019. Football is first and foremost a succession of plays with the intent to move the ball down the field at an effective enough clip to generate first downs using three (or four) offensive plays.

As such, success on early downs paves the way for easy conversions on later downs. In 2019, the Vikings' offense ranks 22nd in average EPA generated on first down when the score differential is within a touchdown. They are the second-lowest ranked playoff team according to this metric and one of only two playoff teams with a below-zero EPA averaged in this situation.

They have faced seven yards or more to gain on 61% of second downs, which is the 12th lowest percentage in the NFL. In this situation, the Vikings have a historically high percentage of rush attempts, ranking first by a large margin in 2019. In all seasons since 2006, the current Vikings iteration ranks 18th overall in rushing percentage on second downs with a conversion distance greater than seven yards. To say they have greatly exceeded expectations in this scenario would be an understatement. They rank sixth in the NFL in EPA generated on rush attempts in this scenario, sitting .206 EPA above expectation despite their high volume of attempts. Relying on the noisiness of long-yardage rushing conversions is not a recipe for success in the NFL.

The Vikings have struggled heavily on early-down situations but were able to overachieve in that category against the Saints. Their reliance on second-and-long run plays to move the chains is unstable and cannot be relied on going forward. Everyone will recall the two critical plays that helped the Vikings to victory — the deep pass to Adam Thielen and the push-off fade in the back of the endzone to win. Few recall the play before, which was a 2nd-and-10 run for a first down by Dalvin Cook. This is a negative expected play call that the Vikings have over-relied on in 2019. It worked in this situation but is something that could come back to bite them if they continue to rely on it in high-leverage moments.