• Zach Ertz has the most positive leverage for the CPT spot, with Kyler Murray and the Cardinals’ kicker Rodrigo Blankenship the most optimal options in the FLEX spots.

• A breakdown of methodology and the most similar historical matchup to this game — 2020 Week 4 Baltimore Ravens–Cleveland Browns, with Lamar Jackson as Kyler Murray and Baker Mayfield playing the role of Andy Dalton.

The spread and over/under are similar in these matchups (Ravens -3, 45.5 O/U versus this matchup at Cardinals -2.5, 44.5 O/U). All the players aren’t perfect matches, but that’s why we use 100 similar matchups and not just the single most similar. 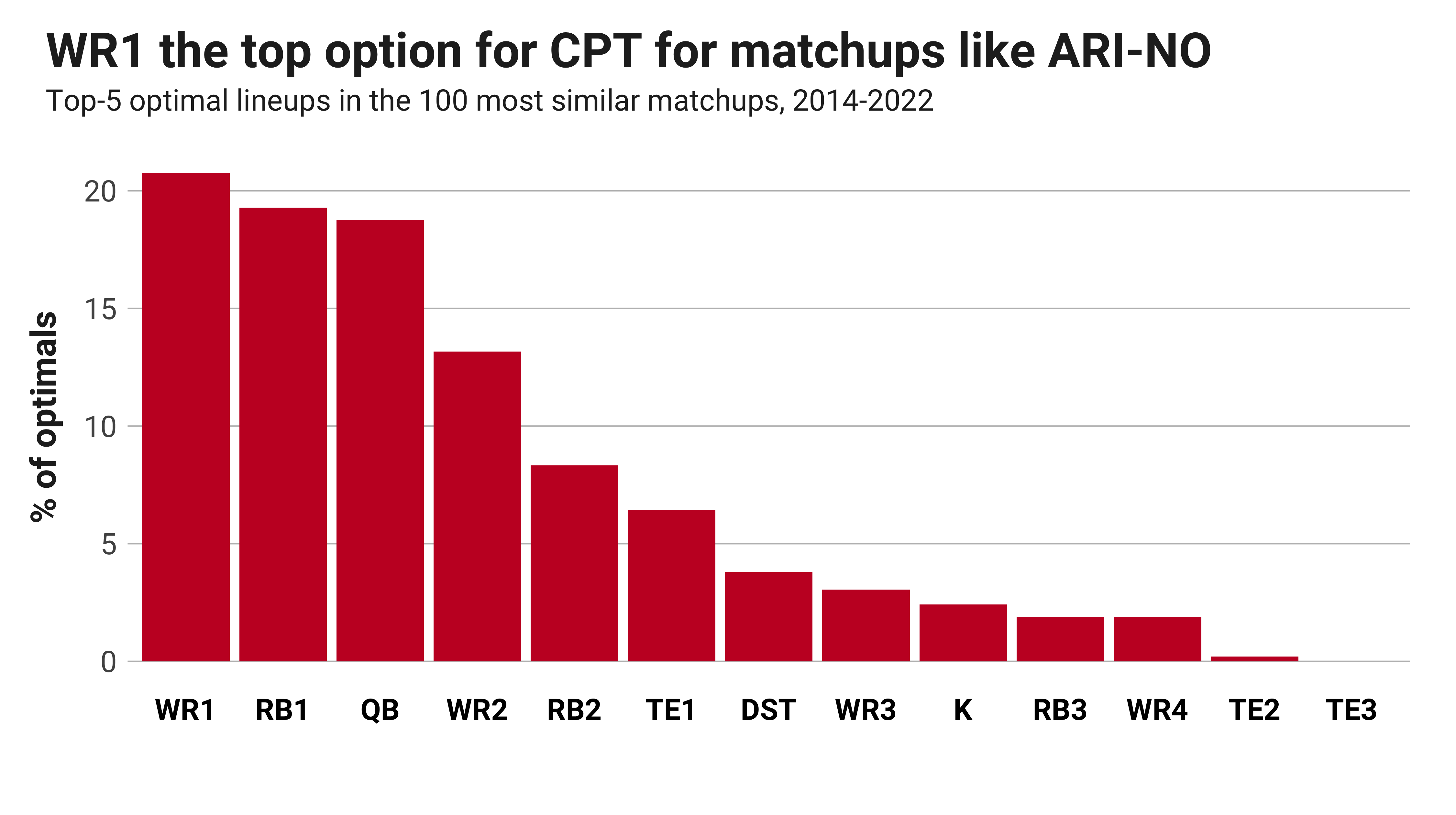 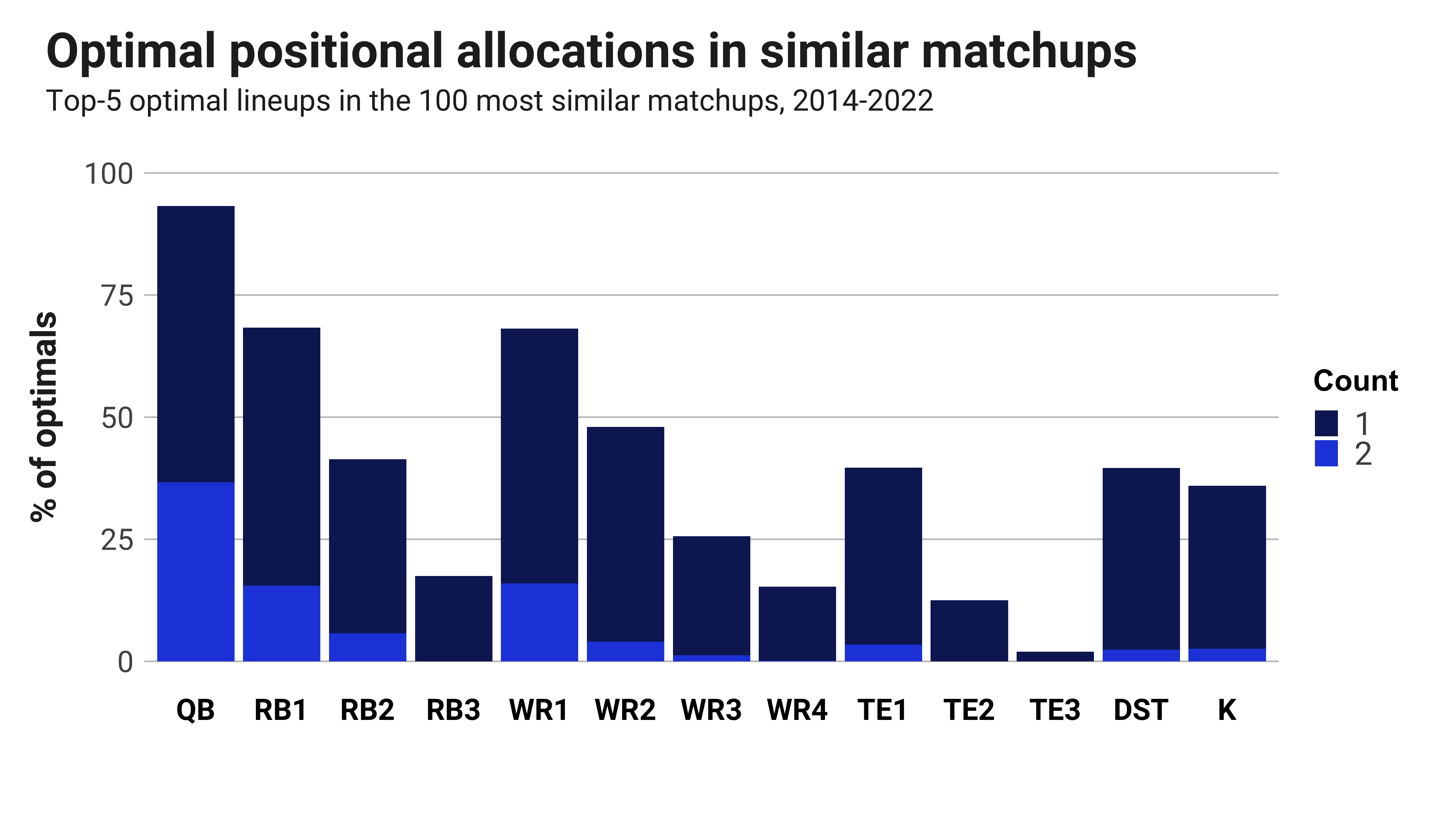 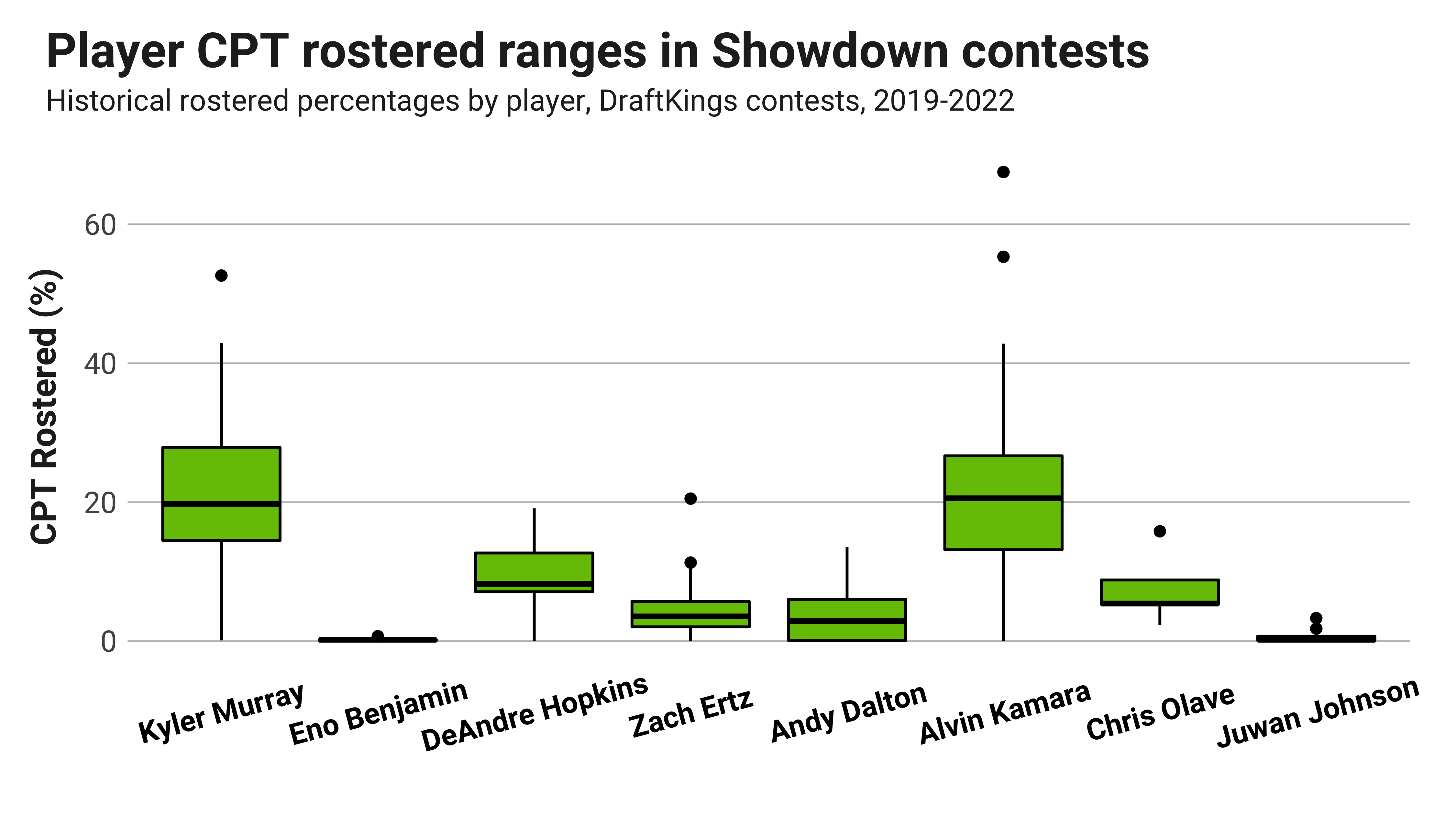