• CPT Spot Value: Lazard is the best value in the CPT spot, based on the assumption he’ll be the primary target in the offense.

• FLEX Spot Value: In the FLEX spots, you should mix in Lazard, Sammy Watkins and kicker Mason Crosby.

The spread and over/under are similar in these matchups (Steelers -7.5, 44 O/U versus this matchup at Packers -10, 41.5 O/U). All the players aren’t perfect matches, but that’s why we use 100 similar matchups and not just the single most similar. 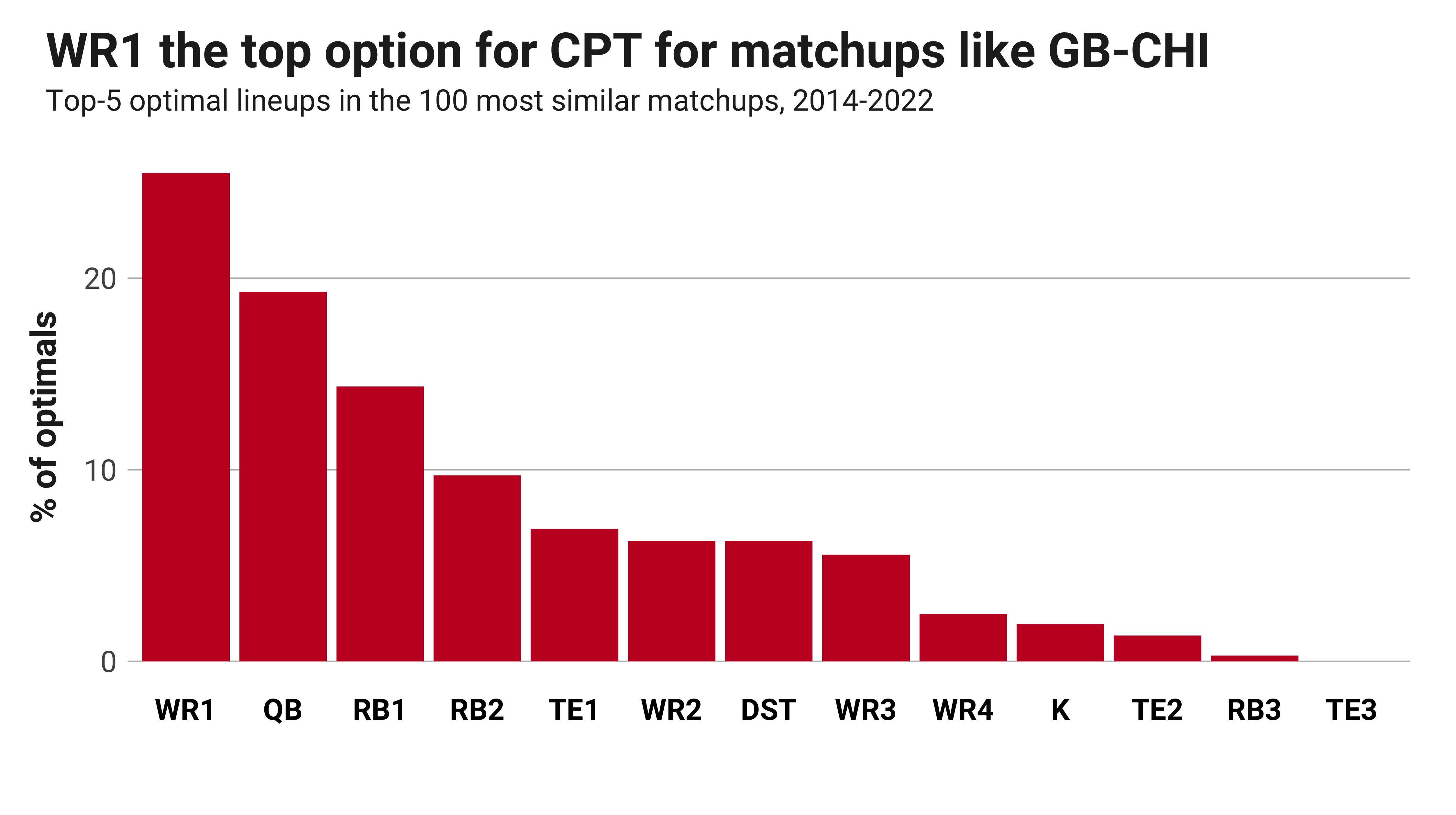 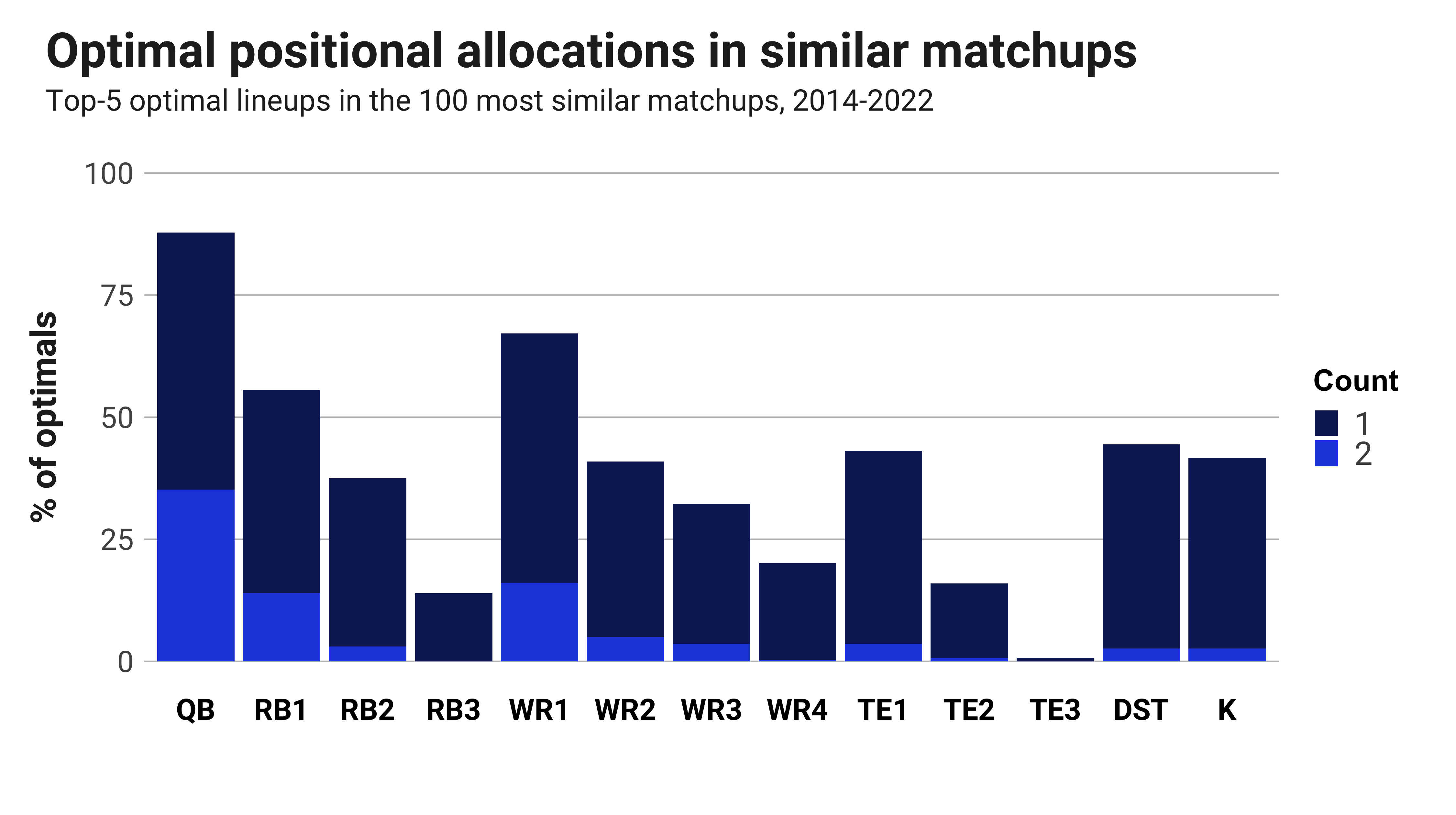 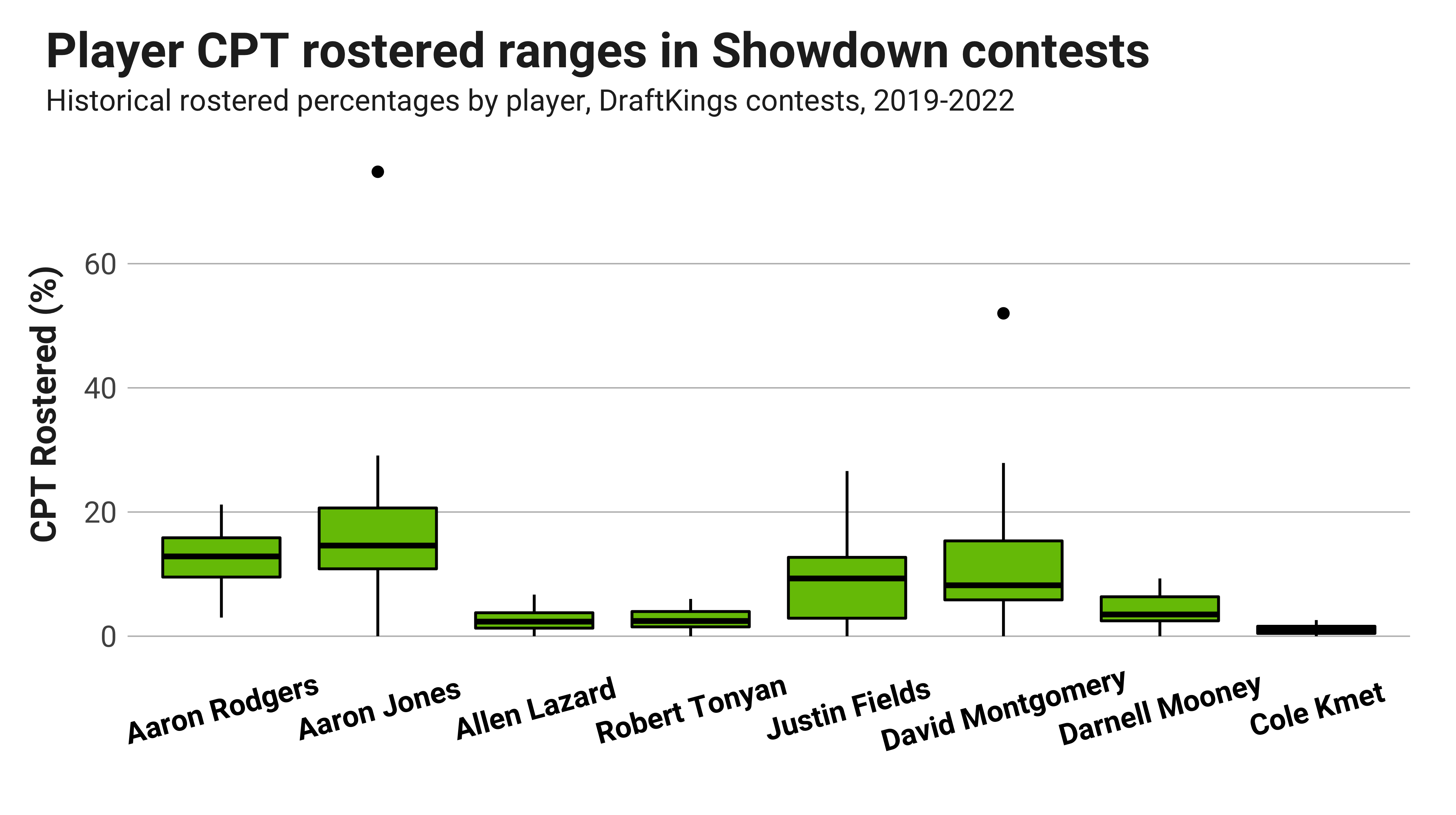 The two tables below compare the optimal allocations above, with adjustments for the personnel of this particular matchup, to PFF's ownership projections for CPT and FLEX.