• The projections assume Damien Harris will not play.

• Best CPT and FLEX value: Gabe Davis has the most positive leverage for the CPT spot, with Jakobi Meyers looking like the best value in the FLEX position among the highest-salaried players.

This season, we'll analyze all of the NFL’s “island” games (TNF, SNF and MNF) and playoff matchups, utilizing PFF’s weekly projections, current betting lines and millions of simulated historical combinations to identify the best and worst values for an upcoming DraftKings Showdown matchup.

• A breakdown of methodology and the most similar historical matchup to this game: 2018 Week 2 Houston Texans vs. Tennessee Titans, with Deshaun Watson as Josh Allen and Dion Lewis playing the role of Rhamondre Stevenson.

The spread and over/under are similar in these matchups (Texans -3.5, 41 O/U versus this matchup at Bills -4, 43.5 O/U). All the players aren’t perfect matches, but that’s why we use 100 similar matchups and not just the single most similar. 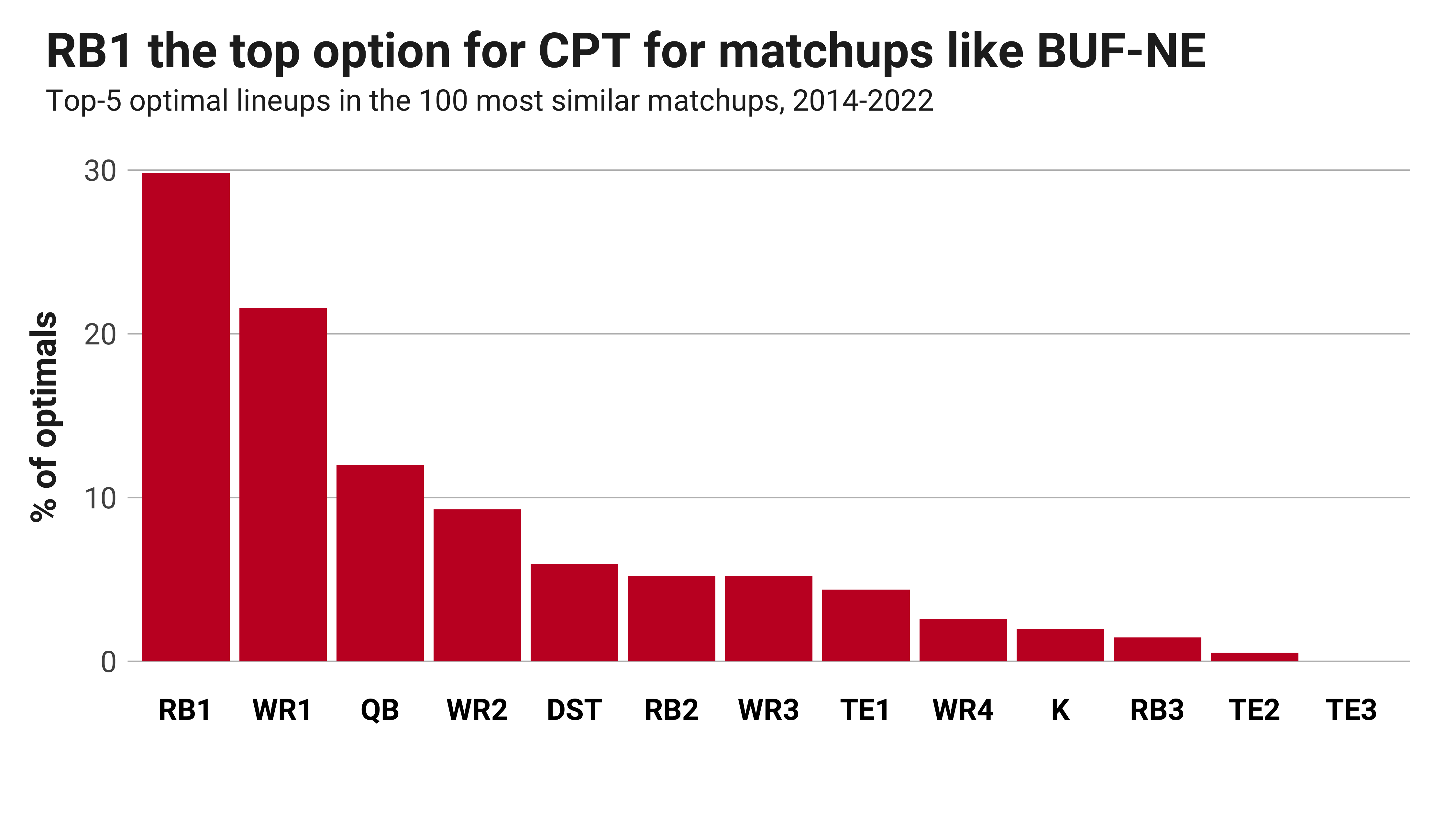 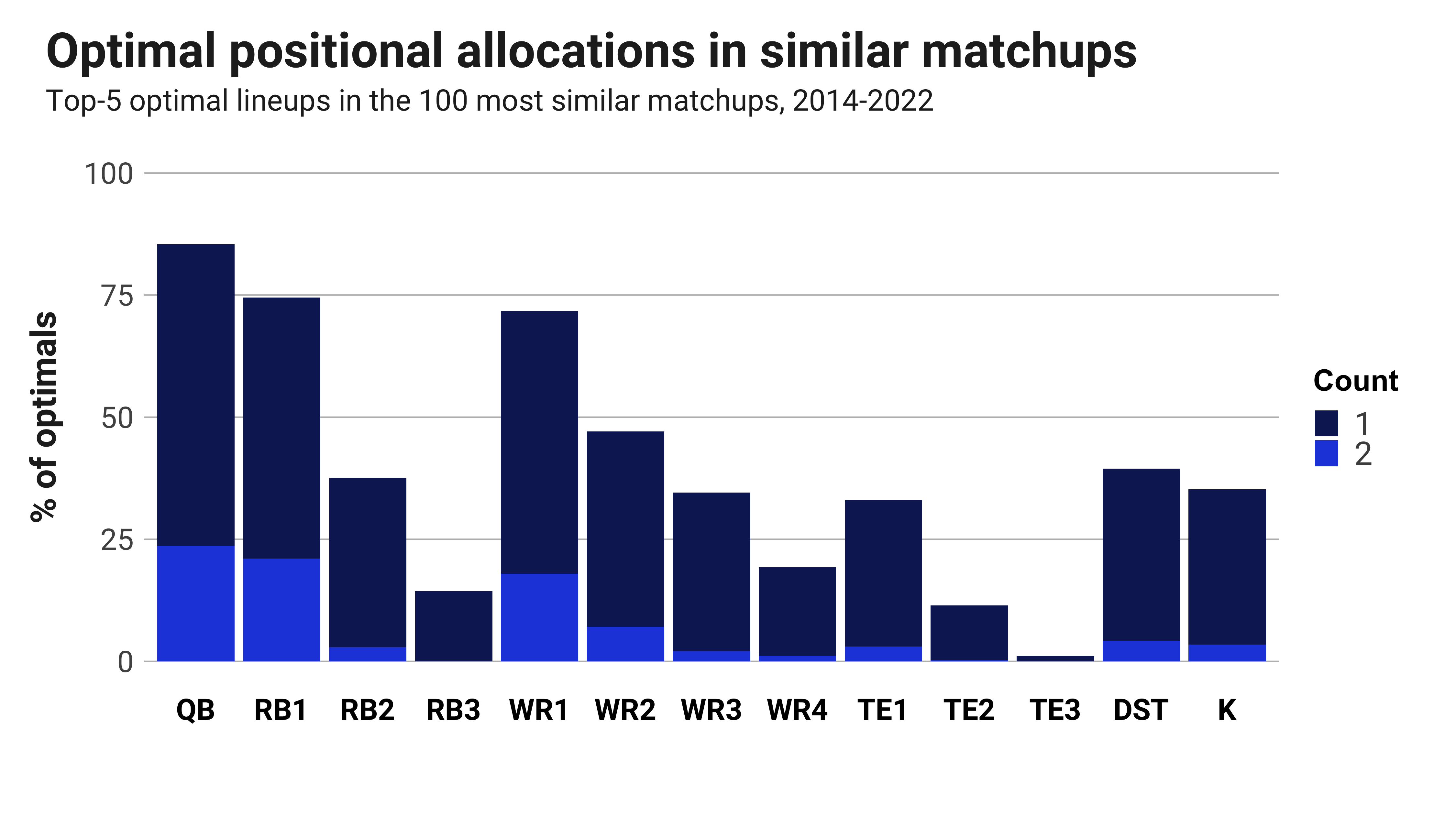 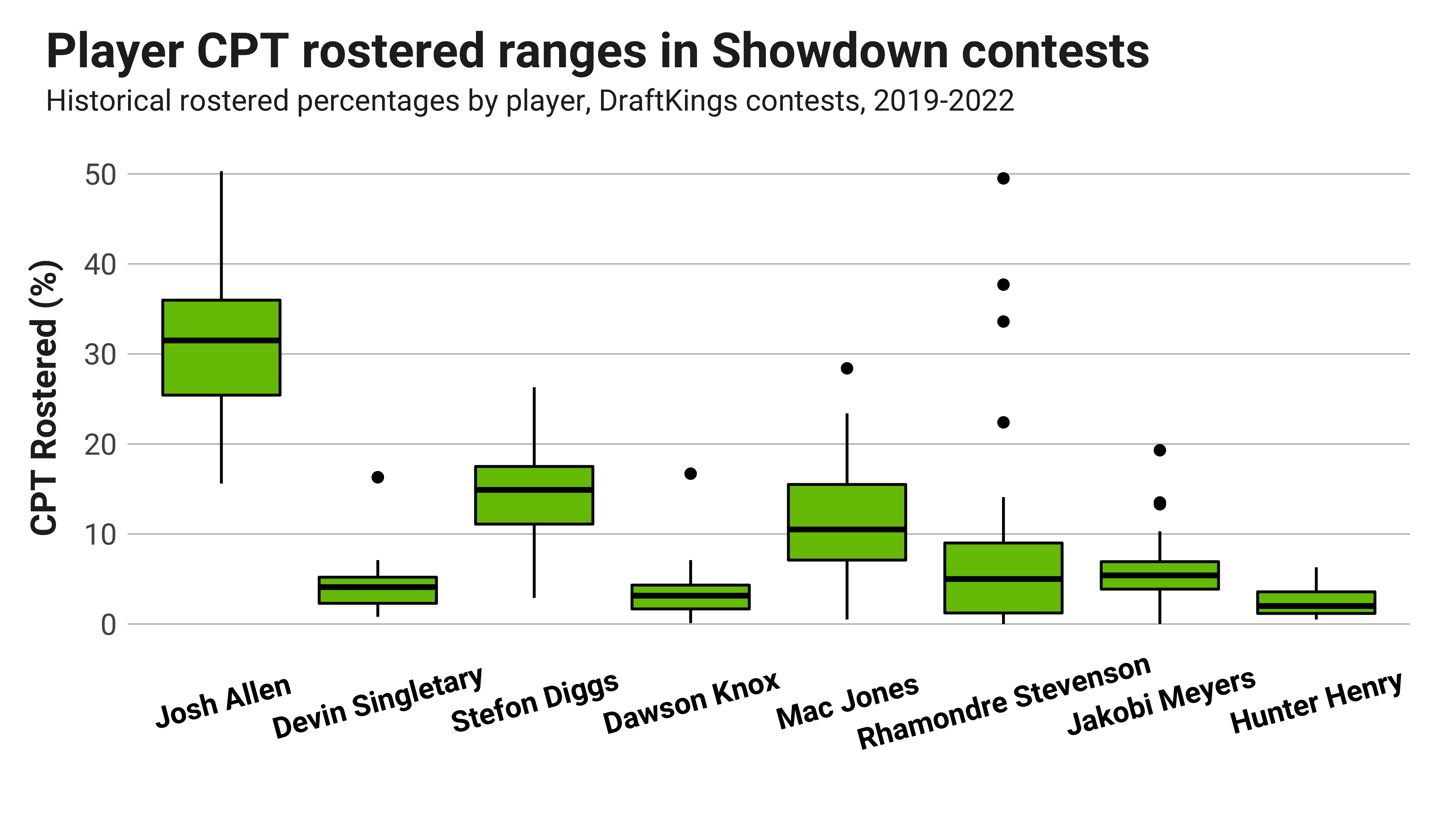